The Curtiss VF-11A was the second of three designs put forth by the company to hopefully satisfy a future USN fleet defender requirement.

Authored By: Staff Writer | Last Edited: 06/06/2022 | Content ©www.MilitaryFactory.com | The following text is exclusive to this site. 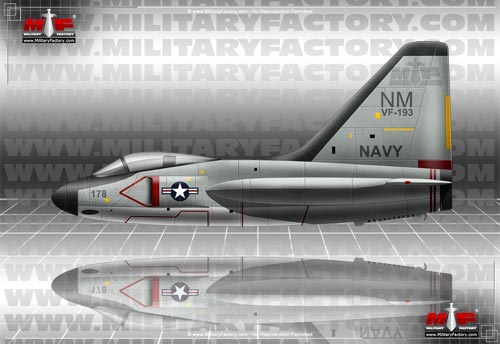 The road to the United States Navy's next fleet defense fighter went down many paths after the close of World War 2 (1939-1945) where prop-driven types dominated carrier decks. The service was beginning its needed transition to turbojet-powered forms and the Curtiss concern attempted to supply the branch with its next fighter by undertaking a few proposals to help satisfy the future need. Work in 1946 produced three similar results all related to the VF-11 initiative, these included "VF-11" itself (detailed elsewhere on this site) as well as subsequent designs in "VF-11A" and "VF-11B". While none of the offerings were selected for further work, they still provide an interesting look into the design direction aeroplane-makers were headed in during the early stages of the Cold War period (1947-1991).

The earlier VF-11 utilized a "tailed delta-wing" planform, resulting in an arrow-like shape with its singular rounded rudder fin set dorsally. The pilot was positioned at the nose in the usual way and the twin-engine arrangement (side-by-side) was aspirated by twin air intakes to either side of the cockpit. Proposed armament was six 5" high-velocity aerial rockets launched from a port at the nose's lower left side and ground running was to be made possible through a retractable, wheeled tricycle arrangement.

This approach was somewhat changed with the introduction of VF-11A. The same general form-and-function of the aircraft was retained save for the switch to a single-engine layout set to feature the promising, in-development British Rolls-Royce "Nene" turbojet engine over the original Westinghouse 24C pairing. This single engine was expected to deliver a thrust output of 5,000lb and, for its aspiration, the intakes of VF-11 were reworked for the needed flow. Like the VF-11, the VF-11A would also utilize a short-burn, rocket booster accelerator to achieve the required time-to-altitude. Beyond this, the tail rudder fin was slightly redesigned to feature a clipped tip (instead the original's rounded shape).

As with the VF-11 before it, the equally-promising VF-11A went nowhere and ended its days as a "paper airplane" alongside VF-11 and VF-11B. The VF-11B that followed and was a mostly complete rework of both designs in that conventional swept-back mainplanes were added and a "V-tail" tailplane arrange replaced the original's single fin.

In any case, the USN eventually took on stocks of the Douglas "Skyray" and McDonnell "Demon" jet fighters for its fleet defense needs.
Advertisements

(Showcased performance specifications pertain to the base Curtiss VF-11A production variant. Compare this aircraft entry against any other in our database or View aircraft by powerplant type)
PROPOSED:
6 x 5" (127mm) High-Explosive (HE), fin-stabilized aerial rockets fired from lower left side of nose assembly. 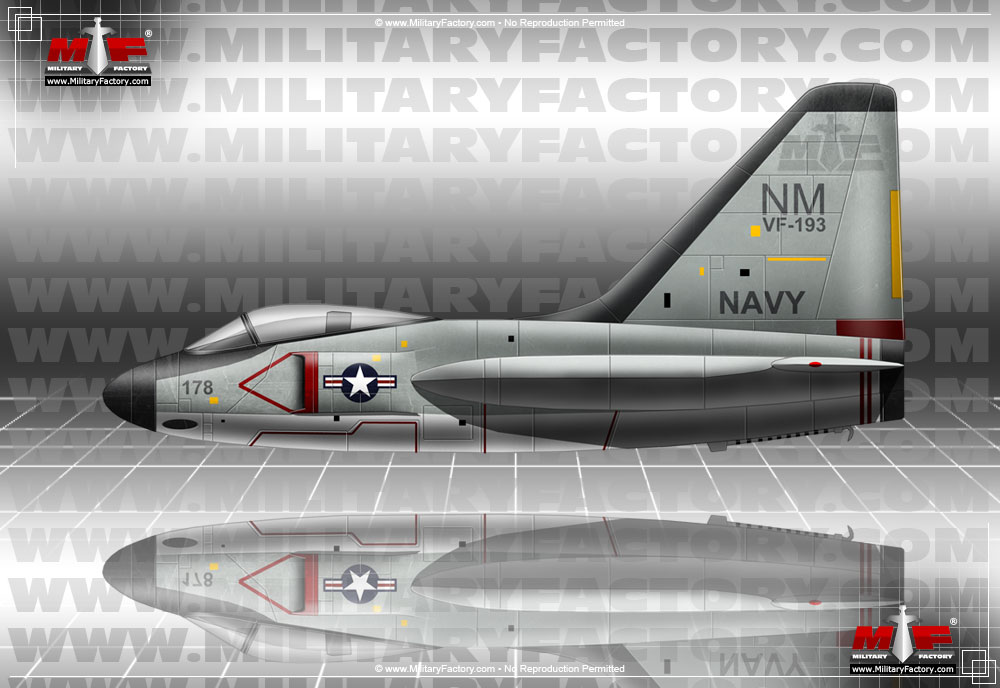 Aviation developments of similar form and function, or related to, the Curtiss VF-11A...