Authored By: Staff Writer | Last Edited: 07/13/2022 | Content ©www.MilitaryFactory.com | The following text is exclusive to this site. 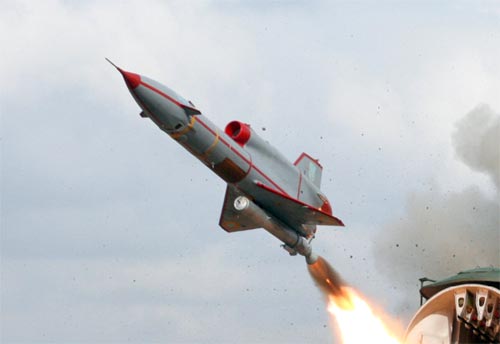 The Tupolev Tu-143 (Reys) was developed as a dimensionally-smaller, low-to-medium-altitude, short-ranged version of the preceding Tu-141 reconnaissance drone (detailed elsewhere on this site) by the Soviet Union's Tupolev OKB concern. The newer version achieved its first-flight in 1970 and was brought online in 1976 - though not officially introduced into service until 1982. The series - of which some 950 were eventually produced - went on to stock the inventories of the usual Soviet-allied players of the time including Bulgaria, Czechoslovakia (eventually passed on to Slovakia), Iraq, Romania, and Slovakia.

Despite its Cold War-era origins, the Tu-143 still manages to serve with the powers of Belarus, North Korea, Russia (reserved as aerial targets), Syria, and Ukraine today (2022) though it is considered an obsolete design as Unmanned Aircraft Systems (UASs) go.

Borrowing design lines from the earlier Tu-141, the Tu-143 was essentially "missile-like" in its general appearance with the exception of a turbojet engine seated over the aft section of the fuselage dorsal line. Mainplanes were added low, and to the sides, of the aft-section of the fuselage while small canard-like foreplanes are set along the sides of the fuselage aft of the nose. The nosecone was capped by a noticeable a probe protrusion. As the aircraft lacked a conventional undercarriage, a launch vehicle (encompassing the Tu-143's own transport tube) was used in the take-off process which also involved Jet-Assisted Take-Off (JATO) from the launch rail (the booster pack seated under the aft-section of the fuselage) with recovery handled by parachute deployed at mission's end.

Several notable variants in the Tu-143 family line ultimately emerged beginning with the M-143 of 1983 which was a dedicated target drone. The Tu-243, first flying in 1987, was then offered in 1999 as an improved version for reconnaissance work: its fuselage was lengthened by 10 inches to accommodate additional fuel storage to enhanced operational ranges while the internal guidance system was improved and a more powerful Klimov TR3-117 series engine outputting 1,410 lb thrust was installed.

From this work came the announcement that an all-new, more powerful model was in development, the Tu-300 "Korshun". This offering was to provide much-needed support for more modern sensors and feature munitions-delivery support. With the fall of the Soviet Empire in the late-1980s / early-1990s, this project struggled to gain footing and was not revitalized until 2007 - though its current development status is unknown.©MilitaryFactory.com
Note: The above text is EXCLUSIVE to the site www.MilitaryFactory.com. It is the product of many hours of research and work made possible with the help of contributors, veterans, insiders, and topic specialists. If you happen upon this text anywhere else on the internet or in print, please let us know at MilitaryFactory AT gmail DOT com so that we may take appropriate action against the offender / offending site and continue to protect this original work.

April 2022 - Russian forces released visual evidence of a Ukrainian Tu-143 drone that had been shot down near Kharkiv.

(Showcased performance specifications pertain to the Tupolev Tu-143 production variant. Performance specifications showcased above are subject to environmental factors as well as aircraft configuration. Estimates are made when Real Data not available. Compare this aircraft entry against any other in our database or View aircraft by powerplant type)
None. Mission equipment centered on the airborne reconnaissance role. 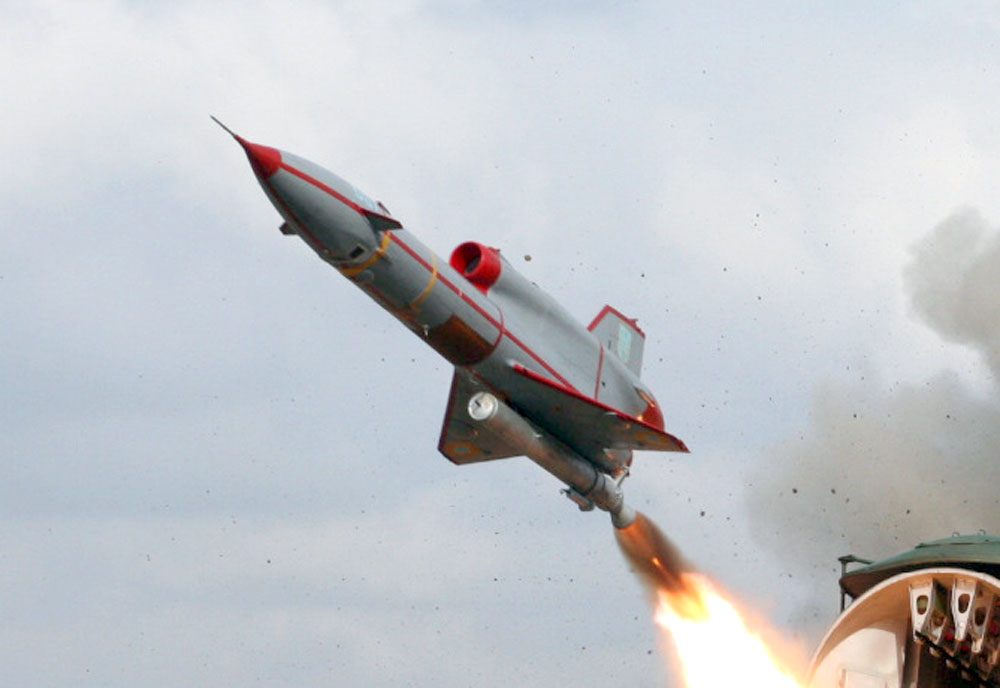 Image from the Ukrainian Ministry of Defense; Public Release.