The Baykar Bayraktar TB3 stands as the next evolution in the potent TB line of attack drones offered by Turkish industry. 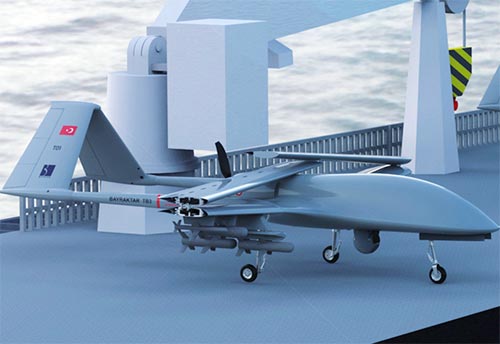 The Bayraktar TB3 is an in-development, dimensionally larger and heavier, evolution of the Bayraktar TB2 line (detailed elsewhere on this site). The TB series is part of the growing Unmanned Aircraft System (UAS) capabilities being exhibited by the nation of Turkey as its indigenous industry continues to expand in this field. The TB2, itself developed from the prototype-minded TB1, flew for the first time in August of 2014 and entered service in 2015, seeing operations take place globally across the skies of North Africa, the Middle East, and Lower Asia. In particular, the line has been notable for its successes as an unmanned armed reconnaissance / strike platform in the Nagorno-Karabakh war between Armenia and Azerbaijan and in Ukraine following the Russian invasion of its neighbor. The TB3 retains the same Medium-Altitude, Long-Endurance (MALE) classification of the TB2.

A first-flight of the TB3 is planned for some time in 2022 with service introduction through the Turkish Armed Forces tentatively scheduled for 2023.

The external form of the TB2 has been slightly revised in the TB3 variant. The fuselage has been expanded for greater internal volume while the mainplanes remain straight, clipped appendages emanating from the streamlined body. A wing-folding feature is given to the mainplanes for improved storage capabilities and supported naval / shipborne, over-water service. The twin-boom tail unit with conjoined, inward-canted vertical fins is retained from the TB2 as is the wheeled, retractable tricycle undercarriage arrangement utilized for ground-running. The optics are held in a "blister" pack / turret under the forward section of the fuselage, giving unobstructed 360-degree views of the action below.

Dimensions of the air vehicle include an overall length of 27.4 feet, a wingspan of 46 feet, and a height of 8.5 feet. MTOW is to reach 3,200 lb with the payload capacity rated up to 620lb. Drive power will stem from a single TEI PD170 engine set at the rear of the fuselage in "pusher" arrangement. The avionics set will encompass Electro-Optical (EO) and InfraRed (IR) imaging and accommodate AESA (Active, Electronically-Scanned Array) radar and targeting sensors.

Performance-wise, the air vehicle will have a maximum speed of 185 miles-per-hour and cruise at around 145 mph. If taking the TB2 as a starting point, the TB3 will reach operating altitudes of at least 25,000 feet and fly for over 24 hours.

Structurally, the TB3 will be arranged with up to six underwing hardpoints for the carrying of various precision-guided munitions including anti-tank solutions, anti-infantry mortars, and laser-guided rockets. This will make the newer entry much more tactically flexible than the earlier TB2.

Taking all this into account, the TB3 is set to be larger, heavier, and offer greater performance than the preceding TB2 design. Take-off and landings will be completely automatic and communications set to support both Line-of-Sight (loS) and Beyond-Line-of-Sight (BLoS) ranges.
Advertisements

(Showcased performance specifications pertain to the base Baykar Bayraktar TB3 production variant. Compare this aircraft entry against any other in our database or View aircraft by powerplant type)
Various types to be supported including Precision-Guided Munitions (PGMs), smart bombs, laser-guided rockets, anti-infantry mortars, and the like. 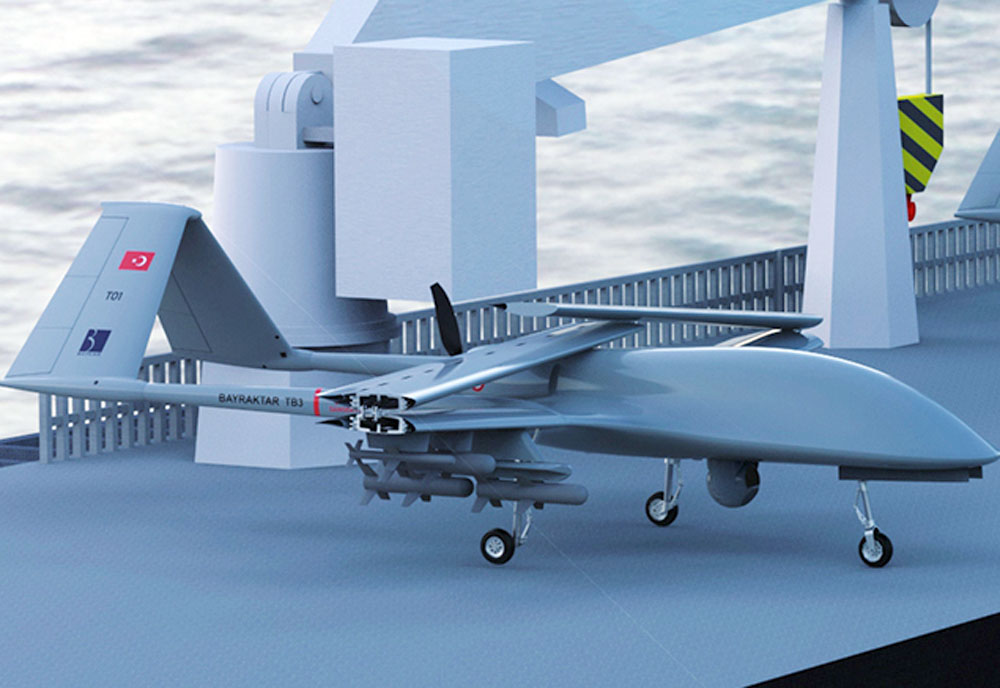 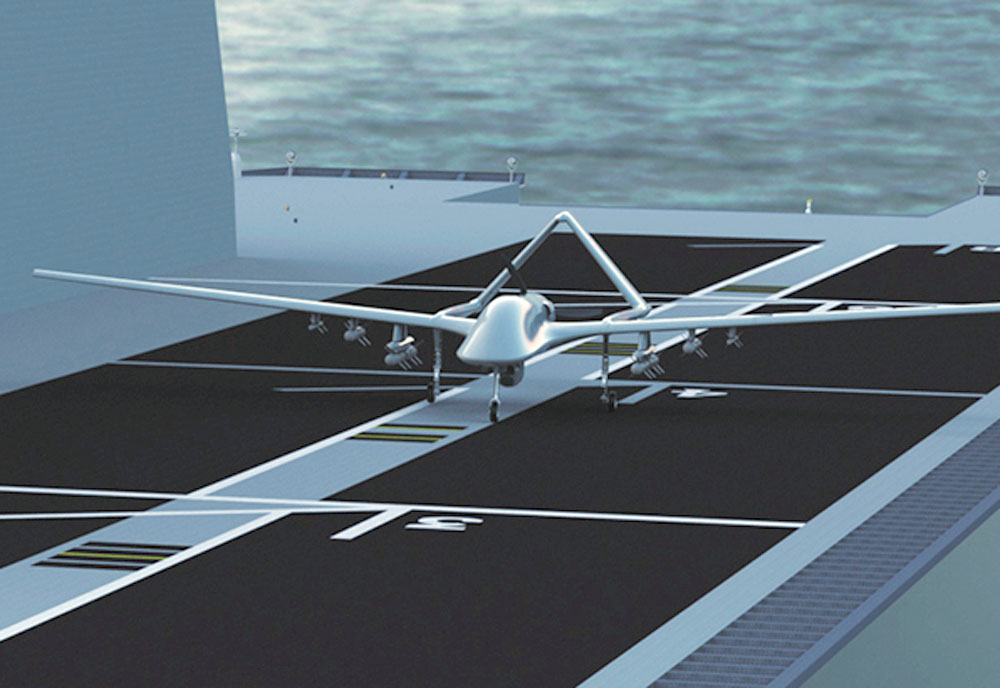 Aviation developments of similar form and function, or related to, the Baykar Bayraktar TB3...