The Interstate TDR was an early-form Unmanned Aerial Vehicle developed by the Americans during the fighting of World War 2.

Authored By: Staff Writer | Last Edited: 03/22/2022 | Content ©www.MilitaryFactory.com | The following text is exclusive to this site. 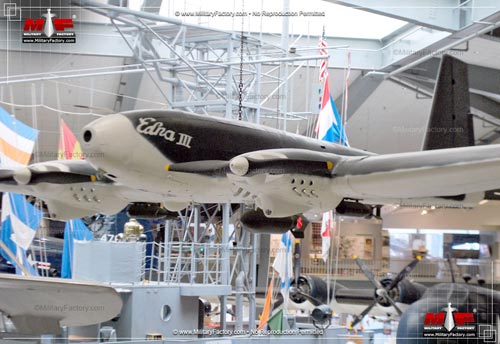 One of the earlier forays by the United States military into an unmanned attack-minded drone aircraft was the Interstate Aircraft and Engineering Corporation (IAEC) "TDR" of the World War 2 period (1939-1945). The principle driving force behind its development was the United States Navy (USN) in its ferocious battle against the might of the Empire of Japan. The aircraft went on to record its first-flight in 1942 just as American involvement in the war ramped up - though formal series introduction was not had until September of 1944. The air vehicle was actively used by the service against the Japanese in the Pacific Theater but technological issues and proven conventional solutions ultimately doomed the novel, forward-thinking project - its last flying days were recorded as soon as October 1944.

Beyond its deployment by the USN, the United States Army Air Forces (USAAF) thought enough of the TDR project to reserve several designations - the branch only ever saw a few prototypes emerge.

The remote attack aircraft concept was championed by one Lieutenant Commander D.S. Fahrney and this was allowed to be furthered by the advancing technologies accelerated under the shadow of World War. In April of 1942, with the United States already committed to the war effort across Africa, Europe, and the Pacific, the first successful test attack by drone aircraft was recorded by the USN.

Interstate Aircraft, an aviation concern founded in the pre-war period back in 1937, was rewarded with a development contract to continue the work. Up to 1942, the company had just the S-1 "Cadet" lightweight, utility-minded, high-winged monoplane to its name (though 574 of the type were built for USAAF service). The company received funding to cover a pair of prototypes and 100 subsequent operational-level production airframes - these to fall under the "TDR" designation.

The initial experimental prototypes were appropriately designated "XTDR-1". The work on these airframes ultimately led to the definitive production form "TDR-1" and 189 of the type were produced from the XTDR-1 prototype standard.

In the TDR arrangement, the aircraft would be controlled by specially-modified, television-equipped Grumman TBF "Avenger" Navy dive bombers relying on such "new-fangled" technologies as radar altimeter and a crude form of remote camera / communications. Externally, the aircraft appeared very conventional in form complete with a slender fuselage, low-mounted monoplane mainplanes, and a single-finned tail unit. A jettisonable tricycle undercarriage helped to direct the aircraft when on the ground. Internally, a steel tube structure supported the airframe with economically-minded molded wood skinning covering the entire arrangement.

As completed, the TDR's wingspan reached 48 feet and gross weight was 5,900lb. The twin-engined arrangement took power from 2 x Lycoming O-435-2 opposed piston engines, each delivering up to 220 horsepower while rotating twin-bladed propellers in trailer arrangement. The engines were positioned in nacelles at the leading edge of each wing mainplane member.©MilitaryFactory.com
Advertisements

Optionally-piloted, the aircraft could seat single crewman in a cockpit for direct-control actions, primarily during testing, though this position was faired over for the unmanned, operational-level sorties that followed.

The airframe had three ventral hardpoints to carry various conventional drop bomb sizes or a single torpedo weapon. There was a hardpoint at fuselage centerline and a pair under and aft of each engine nacelle.

As the program began to prove its value, USN authorities envisioned a massive paired manned/unmanned force of the aircraft, the former directing the latter against enemy targets at range with minimal risk to airmen. However, the project was of the back-burner type as the war effort intensified and required attention, resources, and funding elsewhere. As a result, the complex program was reduced from the initial 1,000 drones to about 300 and, even then, this total was never to be reached.

It was not until 1944 that the TDR was finally placed into action with the first sortie had on September 27th. The drones were successful on the whole despite the technological challenge in perfecting the systems at play. However, the project ended its flying days by October 27th of that year - in-field results included no loss of operators or mothership aircraft and thirty-one successful attacks by the drones.

Subsequent models with varying engine installations emerged as the "XTD2R-1", which was powered by a pair of Franklin O-805-2 series engines, and the "XTD3R-1", propelled by a pair of Wright R-975 air-cooled radial piston engines. Although two prototypes of the XTD2R-1 were ordered, neither saw the light of day as attention shifted to the more promising XTD3R-1 - though, again, this entry limited to just three prototypes. The "TD3R-1" was to become its serial production effort but, in any event, the forty airframes ordered were eventually cancelled outright.

The "XTD3R-2" was a follow-on to the "XTD3R-1" project but existed only as a sole prototype and nothing more.

Interest from the United States Army led to the TDR-1 being designated under the experimental "XBQ-4" - however, only a single aircraft was converted from the existing TDR-1 stock. The subsequent "XBQ-5" and "XBQ-6" (based in the XTD2R-1 and XTD3R, respectively) fell to nothing. The "BQ-6A" was to cover the TD3R-1 in Army service but none of the aircraft were produced.

The sole, preserved TDR-1 example is under the care of the USN at its National Naval Aviation Museum in Pensacola, Florida.©MilitaryFactory.com
Note: The above text is EXCLUSIVE to the site www.MilitaryFactory.com. It is the product of many hours of research and work made possible with the help of contributors, veterans, insiders, and topic specialists. If you happen upon this text anywhere else on the internet or in print, please let us know at MilitaryFactory AT gmail DOT com so that we may take appropriate action against the offender / offending site and continue to protect this original work.
Advertisements

(Showcased performance specifications pertain to the Interstate TDR-1 production variant. Performance specifications showcased above are subject to environmental factors as well as aircraft configuration. Estimates are made when Real Data not available. Compare this aircraft entry against any other in our database or View aircraft by powerplant type)
1 x 2,000lb conventional drop bomb OR aerial torpedo held ventrally at fuselage centerline. Smaller diameter drop bombs under the wing roots (three total hardpoints including center). 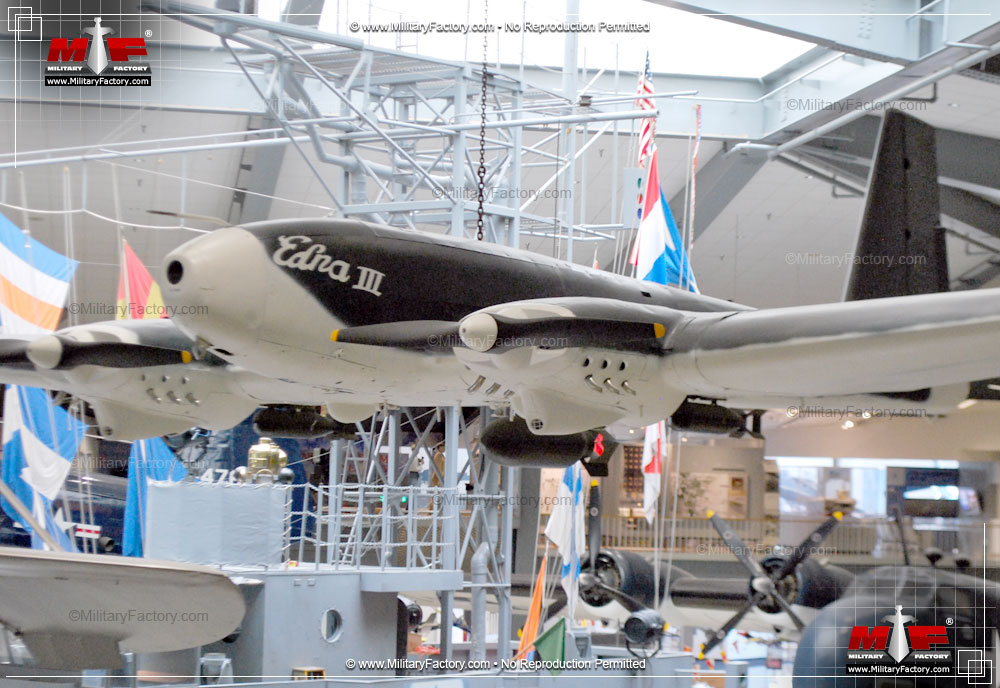 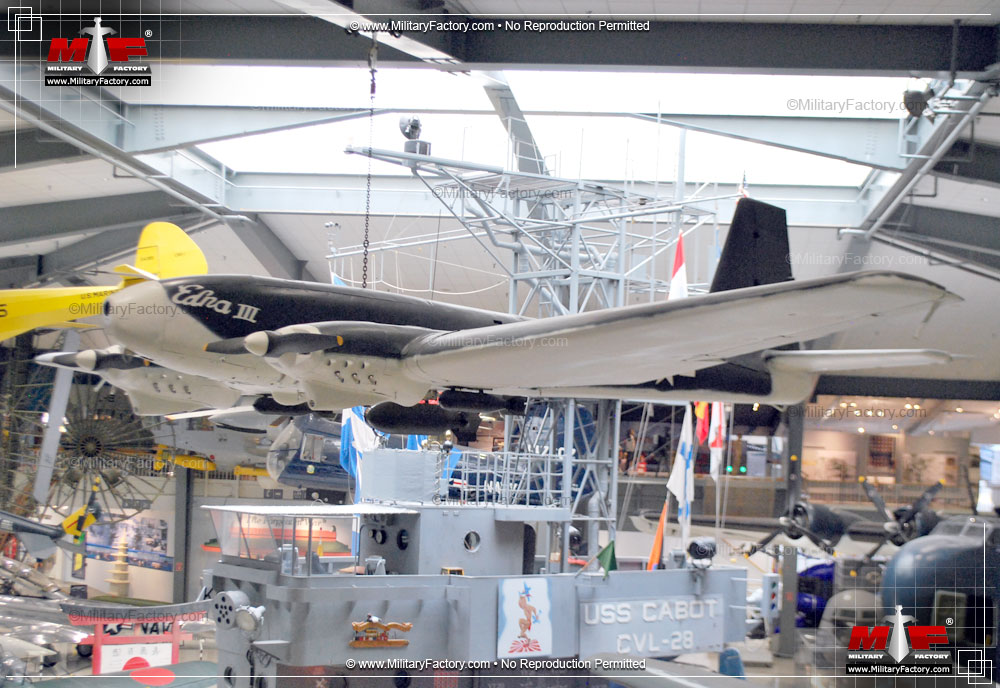 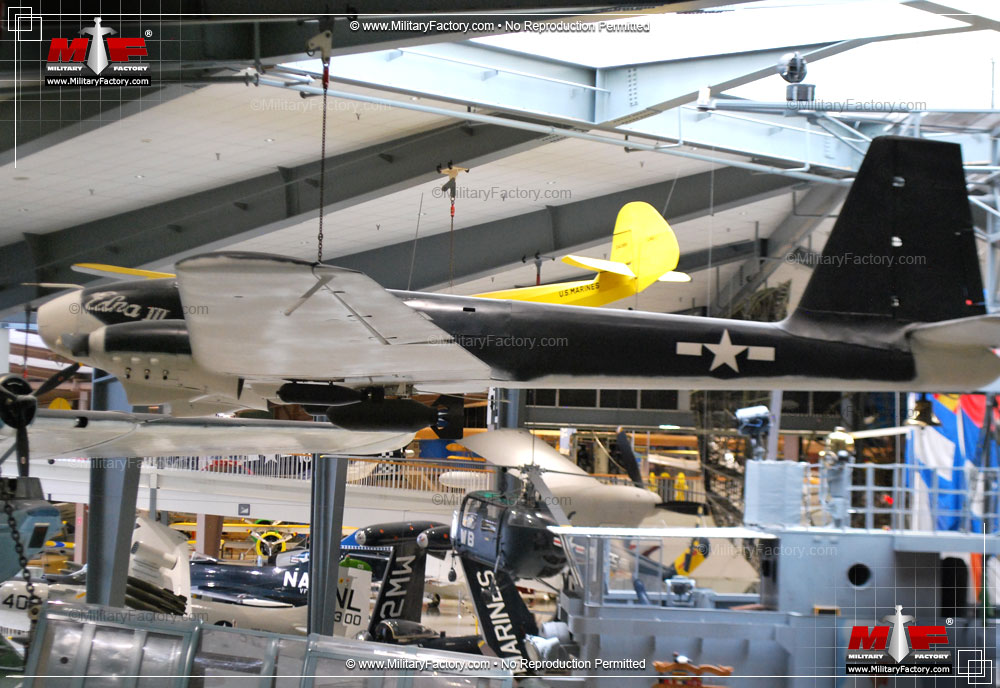 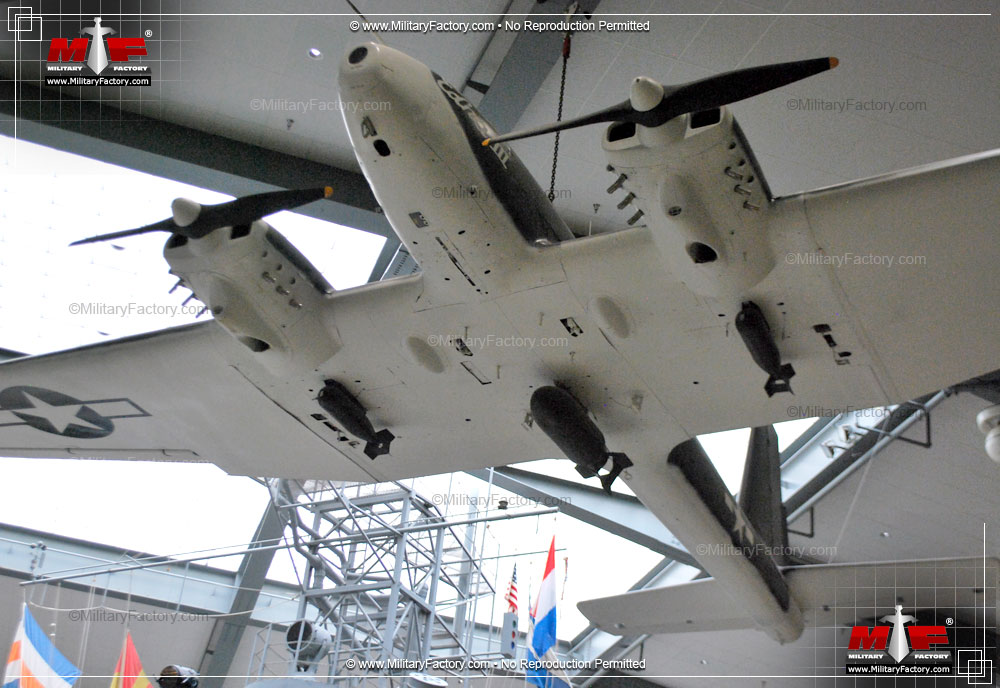 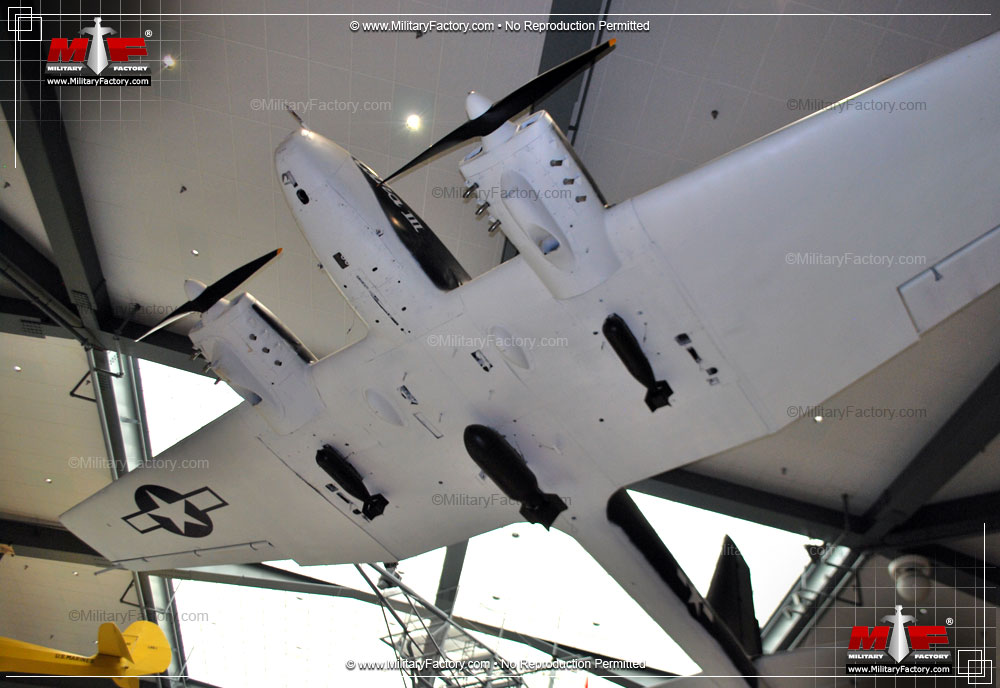 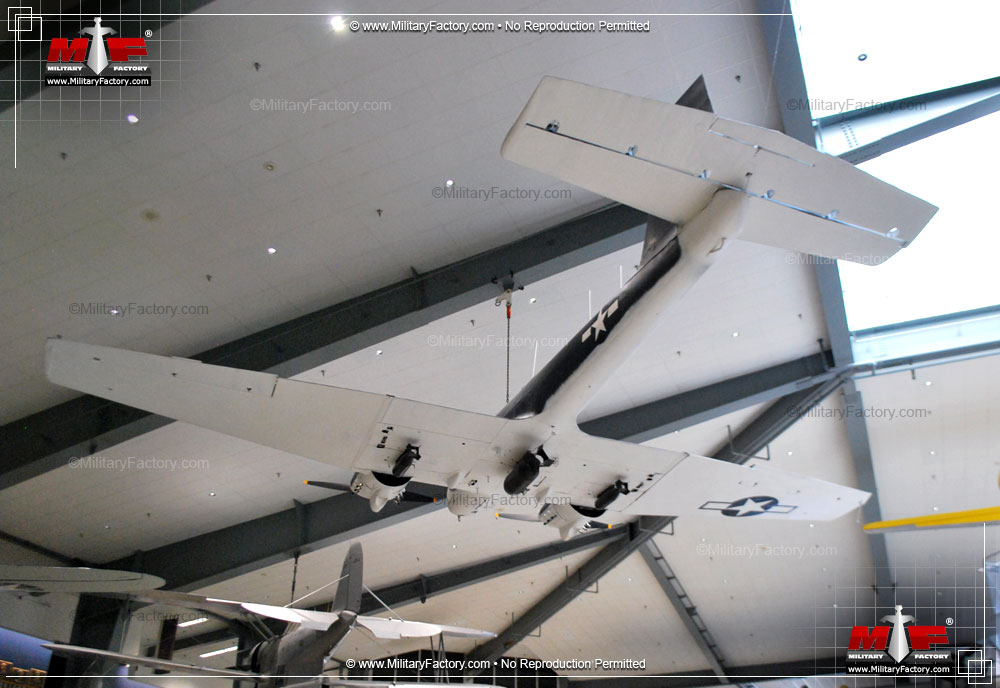 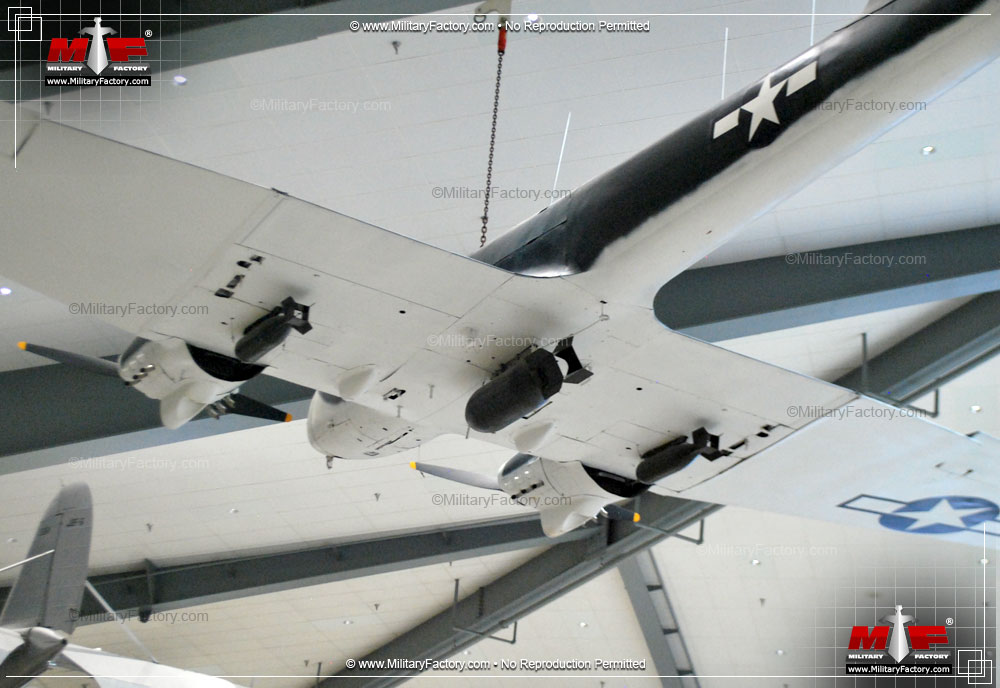 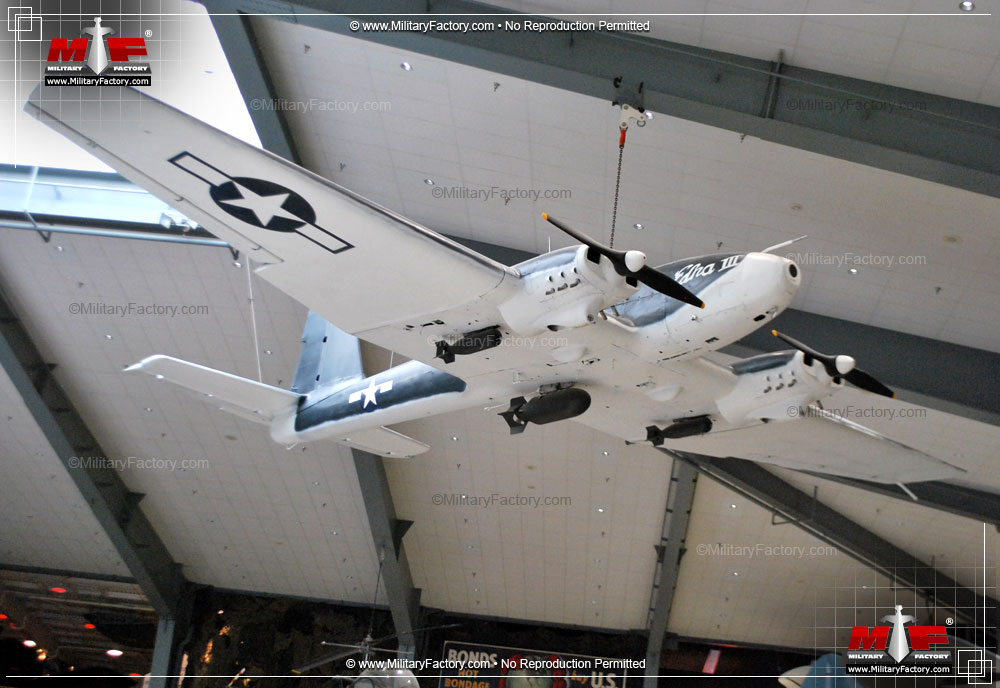 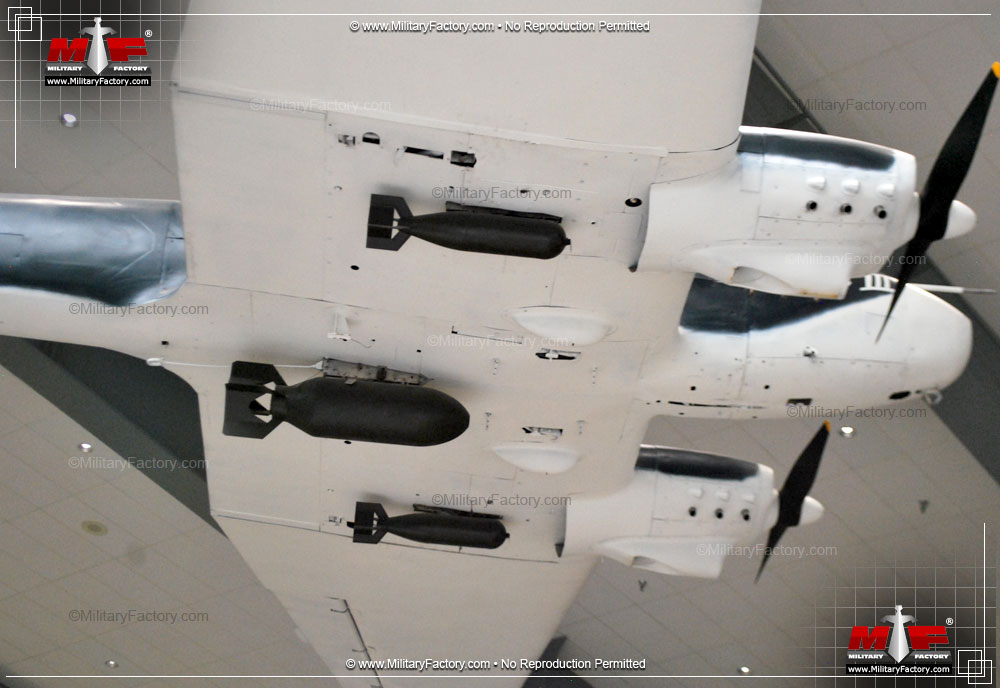 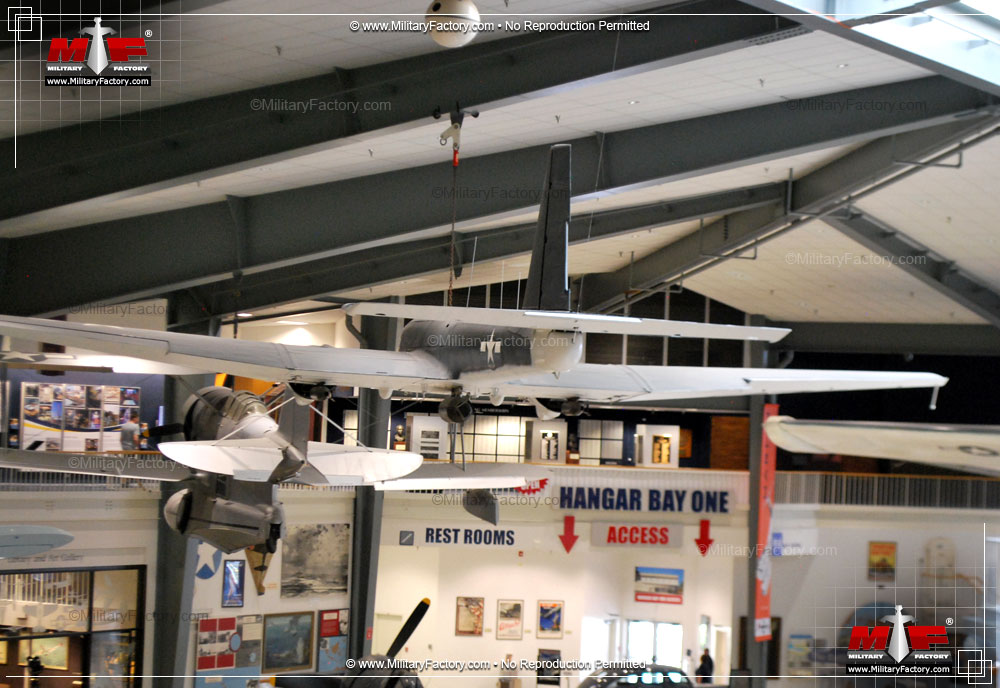