The Avro 739 was proposed against a high-speed strike-reconnaissance platform - eventually fulfilled by the BAC TSR-2.

Authored By: Staff Writer | Last Edited: 08/03/2021 | Content ©www.MilitaryFactory.com | The following text is exclusive to this site. 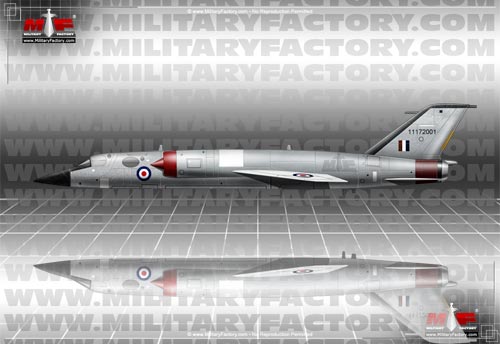 The English Electric "Canberra" was a British aero-industry product of the Cold War era (1946-1991) and appeared in the immediate post-World War 2 period. The type was a light-/medium-class jet-powered bomber which also went on to serve in the reconnaissance role well beyond its intended years. By some in the Royal Air Force (RAF) circle, the type was obsolete as soon as it entered service in May of 1951 but still managed a career that spanned into June of 2006. Nine-hundred were built for the British while the Australians took on a stock of 49. Even the Americans also adopted the type as the Martin B-57 "Canberra" (detailed elsewhere on this site).

Against this backdrop, a successor to the Canberra was already on the minds of British warplanners and the one design to be given life during this period was the technologically impressive British Aircraft Corporation (BAC) "TSR.2" (detailed elsewhere on this site). This tactically-minded, supersonic strike and reconnaissance platform was the culmination of years of research and development by British aero-industry and paved the way for three prototypes before the British Labour Government ended its future. This aircraft flew for the first time on September 27th, 1964 and, in the end, the requirement was fulfilled by a combination force of Blackburn "Buccaneers" and McDonnell Douglas F-4 "Phantom IIs".

However, beyond the TSR.2 there appeared a plethora of design options put forth by the usual British aero-industry players of the time including Gloster, de Havilland, and Hawker. Avro also took part in this high-level initiative and, in 1958, drew up plans for their own interpretation of the requirementas the "Avro 739" - or Model 739. Like the TSR.2 to come, the Model 739 was to be a twin-engine, swept-back wing monoplane form featuring a crew of two. The company expected their aircraft to be available for a first-flight before the end of 1961.

In the Model 739, the crew was seated in tandem aft of a sharp, pointed radar-housing nosecone assembly. The fuselage spine blocked views to the rear but increased internal volume for equipment and fuel (the latter also carried in the thin wing mainplanes). The twin engine layout was conventional in that each unit was seated side-by-side in the middle-aft portion of the long fuselage. Air intakes were integrated along the sides of the fuselage, complete with shock cones, to aspirate the air-breathing units within while the engines exhausted through traditional circular ports at the rear. The mainplanes were mid-mounted members, positioned just aft of midships, and to feature sweepback along both the leading the trailing edges (less so at the trailing edge). The tail incorporated a single vertical fin as well as all-moving horizontal planes for the needed stability and control. A retractable tricycle (wheeled) undercarriage was used for ground running with each member (1 x Nose leg and 2 x Main legs) all retracting into the fuselage.

An internal weapons bay was to house the primary armament while external provision for drop tanks and additional ordnance planned. For a the reconnaissance role, the aircraft was to carry a camera pack housing four camera units.

The aircraft was planned to be constructed primarily of aluminum. As in other supersonic, high-altitude performers of the time, titanium would make up key components that required higher heat tolerances at enhanced speeds.

Avro entertained multiple afterburning turbofan engines for their Model 739 including entries from Bristol and Rolls-Royce for the necessary thrust output. The experimental Rolls-Royce RB.142B "Medway" was the most likely candidate for the time, described as a large, low-bypass turbofan unit though only nine were eventually completed between 1959 and 1963.

The aircraft was to be given a running length of 80.8 feet and a wingspan of 41.2 feet and gross weight was rated at nearly 91,000lb under full/extreme loads. Maximum speed was estimated to exceed Mach 2.0 with a full service ceiling equal to 40,000 feet. Given the performance traits of the TSR.2, the Avro 739 could have had a rate-of-climb of 15,000 feet-per-minute and an overall range of 2,900 miles. The bombload rating was between 7,000lb and 10,000lb and would have included air-launched missiles, conventional drop bombs, and even nuclear-tipped types as well as air-to-surface rockets and air-to-surface missiles with radar direction. For a time, thought was given to making the Avro 739 a dedicated high-speed interceptor - meaning advanced radar and AAM support.

Despite all this, the Avro 739 project never advanced beyond the paper stage.©MilitaryFactory.com
Note: The above text is EXCLUSIVE to the site www.MilitaryFactory.com. It is the product of many hours of research and work made possible with the help of contributors, veterans, insiders, and topic specialists. If you happen upon this text anywhere else on the internet or in print, please let us know at MilitaryFactory AT gmail DOT com so that we may take appropriate action against the offender / offending site and continue to protect this original work.
Advertisements

(Showcased performance specifications pertain to the Avro Model 739 production variant. Performance specifications showcased above are subject to environmental factors as well as aircraft configuration. Estimates are made when Real Data not available. Compare this aircraft entry against any other in our database or View aircraft by powerplant type)
Internal bomb bay for up to 3,000lb of air-dropped / air-launched ordnance (including nuclear types) in the form of bombs, missiles, and rockets. 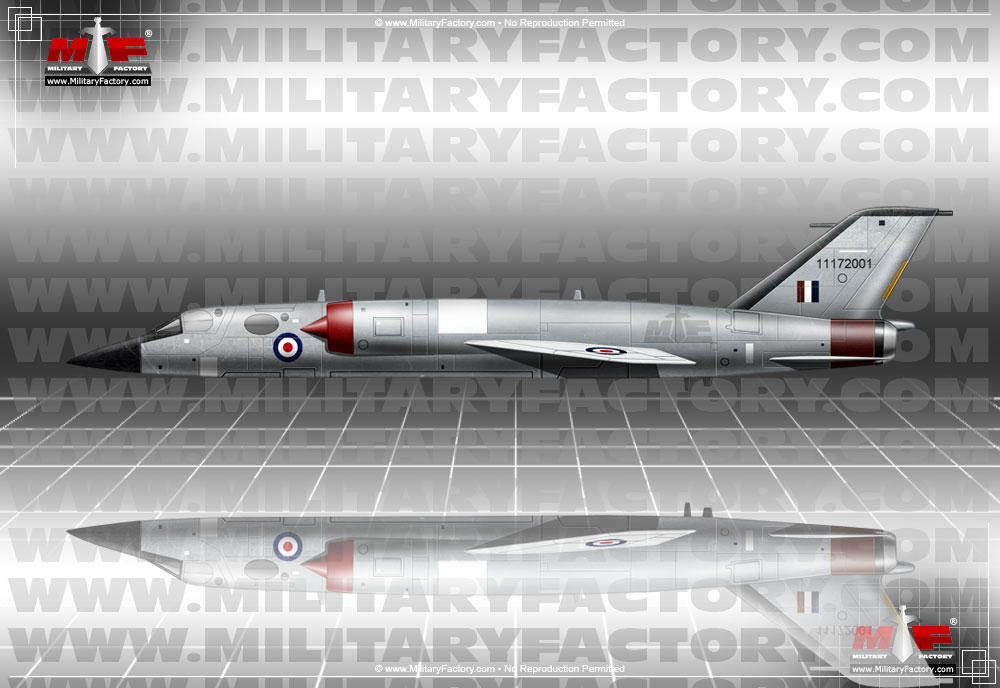 Aviation developments of similar form and function, or related to, the Avro 739...