The Soviet Yakovlev Yak-9 fighter was developed from an experimental version of the earlier Yak-7 product. 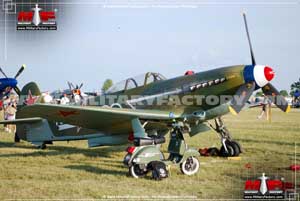 In line with other classic wartime fighters of World War 2, the Yakovlev-produced Yak-9 was another excellent piston-engine addition to the family line. Initially conceived from a developmental version of the Yak-7 that featured a combined construction of wood and metal, the Yak-9 was designed about the same time that the Yak-3 aircraft was being drawn up. In the end, the Yak-9 would prove to be a most important Soviet aircraft with the production numbers and variants/subvariants to prove just that.

The Yak-9 was designed by Alexander Sergeevich Yakovlev (Yakovlev OKB) around the powerful series of Klimov engines that would be the nucleus of later Yak-9's in the lineage. The combination 20mm cannon and one (or two) 12.7mm heavy machine guns made it a most powerful adversary with enough offensive punch to counter most anything in the sky. Visibility was solid throughout and the airframe proved to be robust and adaptable to an extent. The airframe was converted into a night fighter version as well as several long-range and "pure" interceptor models while including anti-tank and bomber escort derivatives. The new construction method made for a lighter plane than the Yak-7 and the combat experiences garnered by Soviet pilots in the Yak-7 played a role in the development of the Yak-9. The aircraft entered service in October of 1942 with production running from 1942 to 1946.

Design was conventional with the engine mounted in front of the cockpit, low-monoplane wings with dihedral and a "tail-dragger" style undercarriage. The wings were tapers at both the leading and trailing edges and ended as clipped wing tips sporting some curvature. The engine sat in a forward compartment and powered a three-bladed propeller system. The cockpit was situated just aft of the compartment at about amidships in the airframe and featured a framed canopy with good vision all-around, even to the rear. The fuselage was a streamlined affair and quite clean overall, ending in a conventional empennage capped by a rounded vertical tail fin and sporting applicable horizontal tail surfaces. The main landing gear legs were single-wheeled and held under each wing, retracting towards fuselage centerline. The tail wheel was also single-wheeled and retracted into its own bay under the tail assembly. Standard armament was generally a single 20mm ShVAK cannon with 120 rounds and a 12.7mm UBS heavy machine gun with 200 rounds. This could vary by production variant however.

The Yak-9D model, in particular, was fitted with a Klimov M-105 PF series V-12 liquid-cooled engine developing 1,180 horsepower. Maximum speed was listed at 367 miles per hour while range was an impressive 845 miles. Service ceiling was capped at approximately 30,000 feet while rate-of-climb was measured at about 2,690 feet per minute. Armament was the standard 1 x 20mm cannon with 1 x 12.7mm machine gun.

Comparatively, the Yak-9U was fitted with the Klimov VK-107A V-23 liquid-cooled engine developing 1,500 horsepower. Her maximum speed was 417 miles per hour with a range of just 420 miles. Service ceiling was limited to 35,000 feet with a rate-of-climb equaling 3,280 feet per minute. Armament was 1 x 20mm ShVAK cannon with 120 rounds of ammunition as well as 2 x 12.7mm UBS machine guns with 170 rounds to a gun.

The aircraft's baptism of fire came in the Battle of Stalingrad. Actions would also include it in Smolensk and wherever else it was needed. The Soviets compared the mount favorably to the highly-touted German Focke-Wulf 190 (models A-3 and A-4) and Messerschmitt Bf 109G fighter series. A Yak-9 was credited with the downing of a Messerschmitt Me 262 jet-powered fighter in March of 1945. Several Yak-9s also made up a Free France fighter squadron beginning in 1943.

With the evolution of the Yak-9 system, the Soviet cause against Germany was improved substantially. The Yak-9 would go on to become one of the premiere Soviet production fighters of the entire war and would essentially have the development of the preceding Yak-7 series to thank for it - becoming the most-produced fighter of the entire Yakovlev fighter line (16,769 examples).

The Yak-9 was known in NATO nomenclature under the codename of "Frank". Despite production having wrapped up, the Yak 9 would still be made available in number for the North Koreans in the Korean War. The post-war environment saw the Soviet Union ship many Yak-9s to allied air fleets abroad in this fashion (most likely Yak-9P models).©MilitaryFactory.com
Note: The above text is EXCLUSIVE to the site www.MilitaryFactory.com. It is the product of many hours of research and work made possible with the help of contributors, veterans, insiders, and topic specialists. If you happen upon this text anywhere else on the internet or in print, please let us know at MilitaryFactory AT gmail DOT com so that we may take appropriate action against the offender / offending site and continue to protect this original work.
Advertisements 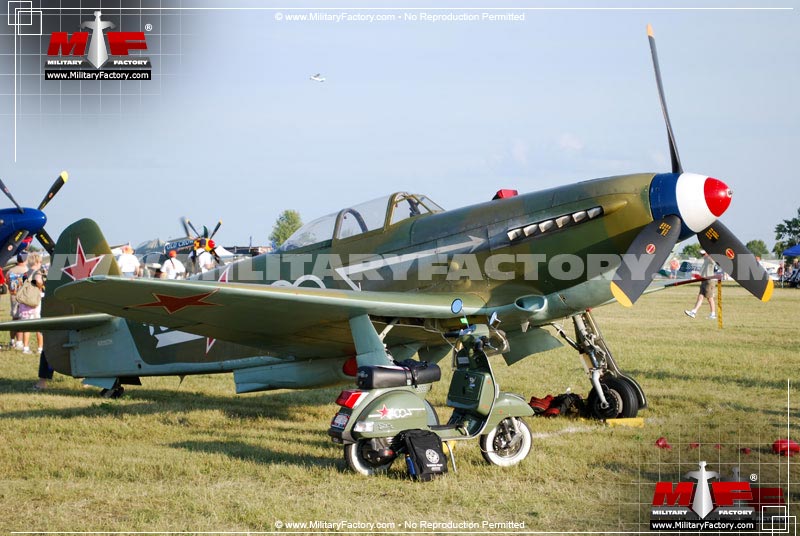 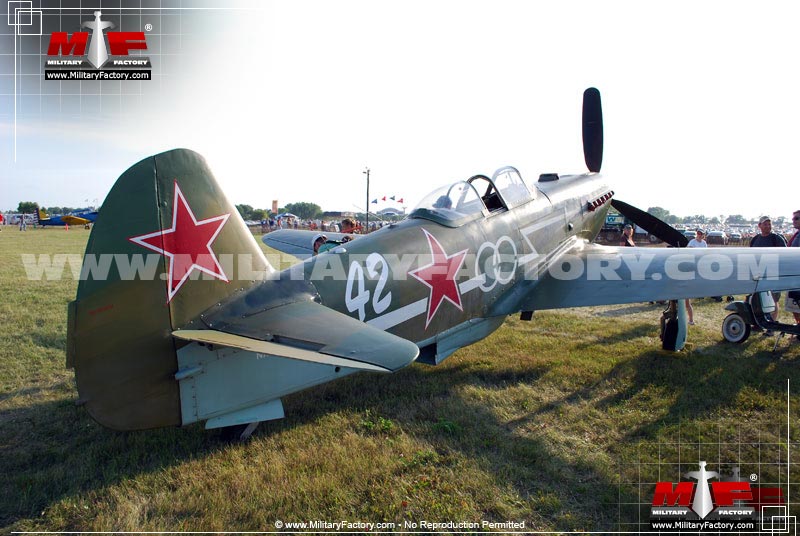 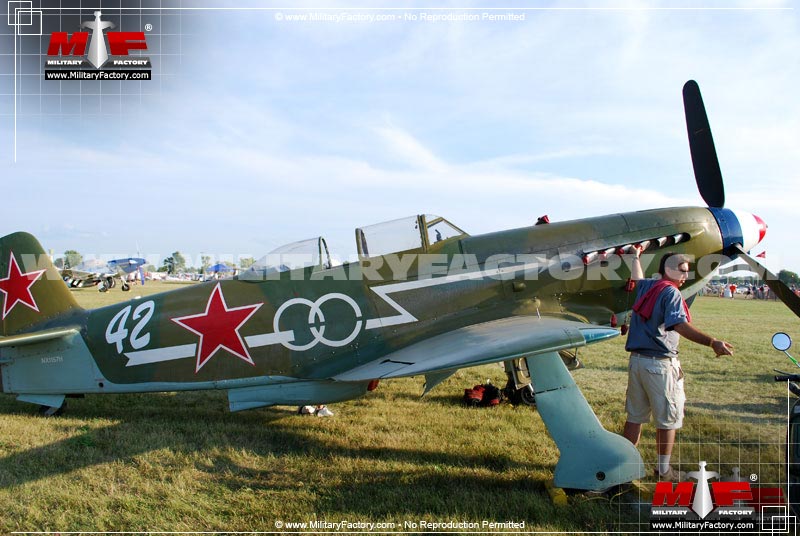 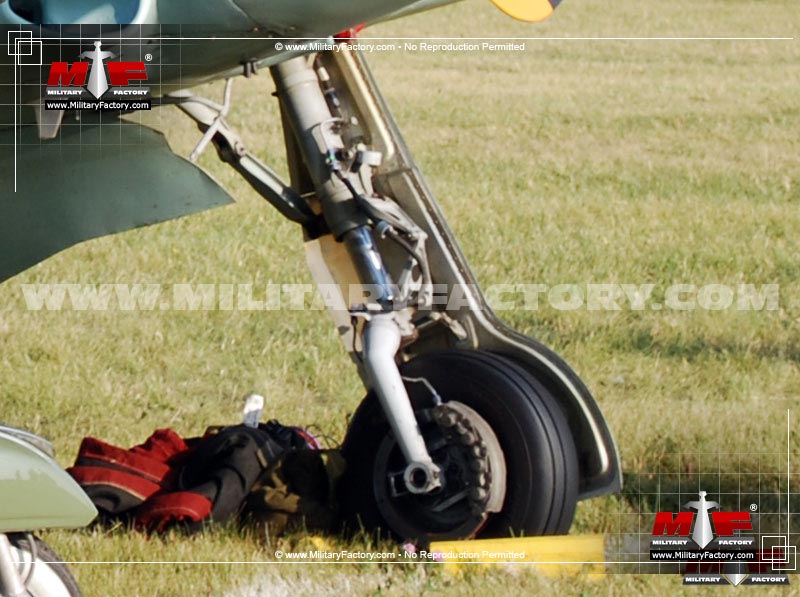 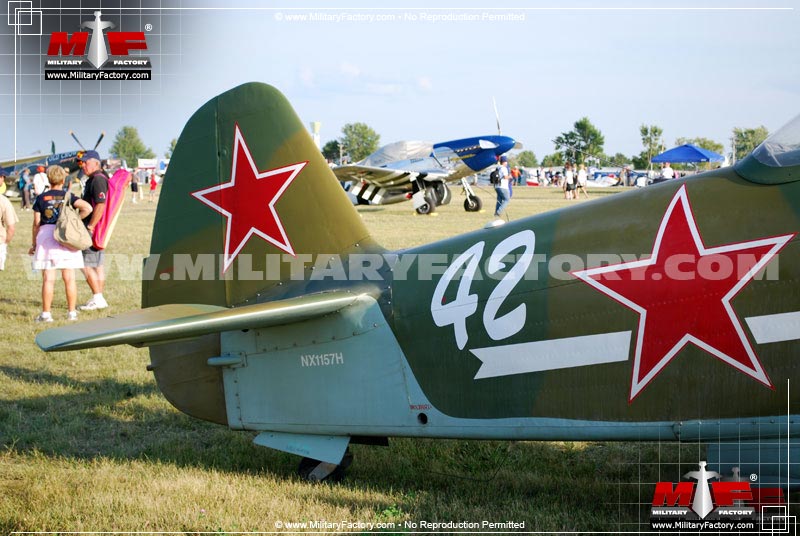 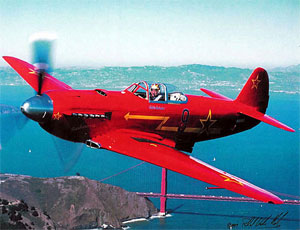 Image from the United States Department of Defense.
7 / 7 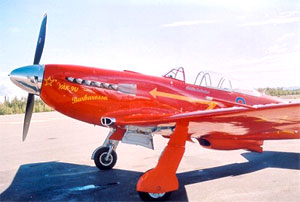