Bell has produced hundreds of its Model 412 twin-engine utility helicopters for various air services of the world.

Authored By: Staff Writer | Last Edited: 05/21/2021 | Content ©www.MilitaryFactory.com | The following text is exclusive to this site. 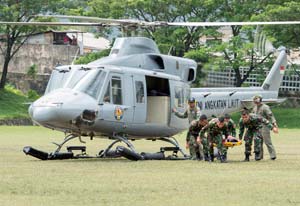 in 1968, Bell Helicopter introduced the Bell Model 212 as a twin-engine variant of its Model 204/205 series. The new model became a notable commercial success for the company. In 1981, the line was evolved to produce the Bell 412 which retained the twin-engine configuration but brought about support for a four-bladed main rotor. The type went on to see widespread adoption by civilian and military forces of the world and over 870 have been produced since. The Canadian CH-146 Griffon (detailed elsewhere on this site) is an offshoot of the Bell 412 line.

In the mid-1970s, Bell Helicopter realized the market need for a modernized version of its critical Model 212 product. This spurred the company to revisit the Model 212 and explore various aspects of its design to help improve its performance - namely range and straight-line speed. It was decided to mate a new four-bladed main rotor to the existing twin-engine design. The rotor used composite construction and was of a smaller diameter which both improved function of the spinning blades when compared to the earlier two-bladed main rotor unit. With this major change in place, a prototype Model 412 was first-flown during August of 1979. Market introduction then followed in 1981 and production has since spanned from 1979 to today (2017). In 1989, the line was moved to Canada where manufactured has continued.

The original model was simply known as the Bell 412 and this version carried 2 x Pratt & Whitney Canada PT6T-3B turboshaft engines driving the rotor blades. The Bell 212SP followed as a "special performance" model with PT6T-3BF engines instead. A higher-performance variant became the Bell 412HP with its PT6T-3BG or PT6T-3D engines.

In the Bell 412EPI, an all-glass cockpit was introduced along with electronically-controlled engines (PT6T-9 series). The Bell 412CF became the basis for the aforementioned Canadian CH-146 and this was based on the Bell 412EP model. Its flight training form was the HT1 and the Search and Rescue (SAR) platform became the HAR2.

In Italy, Agusta took on license-production of the Bell 412 for the civilian market under the designation of Agusta-Bell AB412. The EP-model was the AB412EP. The military transport derivative became the AB412 "Grifone" and a special ground radar-equipped model was the AB412 CRESO. Indonesian Aerospace (IAe) produced the Model 412 as the NBell 412. An little-known unlicensed Iranian-build version of the Model 412 is the Panha 412EP, debuting in 2016.

The Bell Model 412 has proven a popular mount across the world with operators from Algeria and Argentina to Venezuela and Zimbabwe. Beyond its stated military and civilian market value, the helicopter has proven equally-successful as a governmental-level VIP/staff transport for many nations as well. Some police and fire-fighting services make use of the type - such is its versatility.

July 2018 - The Model 412EPX was unveiled by Bell and its joint-venture partner Subaru for the commercial marketplace. The model represents an upgraded form of the Model 412EPI and, itself, forms the basis of the upcoming militarized UH-X helicopter for the Japanese military. Deliveries of the first EPX will be in 2022 with assembly handled at the Bell Mirabel, Canada location.

January 2019 - The Indonesian Defense Ministry has contracted for eight Airbus Helicopters H225M and nine Bell Model 412EPI helicopters to be acquired through Indonesian Aerospace. The deal includes support, training, logistics, and an H225M simulator as well as weapons and ammunition for the Model 412EPI.

(Showcased performance specifications pertain to the base Bell Model 412 production variant. Compare this aircraft entry against any other in our database or View aircraft by powerplant type)
None.

General Assessment
Firepower
Performance
Survivability
Versatility
Impact
Values are derrived from a variety of categories related to the design, overall function, and historical influence of this aircraft in aviation history.
Overall Rating
The overall rating takes into account over 60 individual factors related to this aircraft entry.
84
Rating is out of a possible 100 points.
Relative Maximum Speed
Hi: 200mph
Lo: 100mph
This entry's maximum listed speed (162mph). 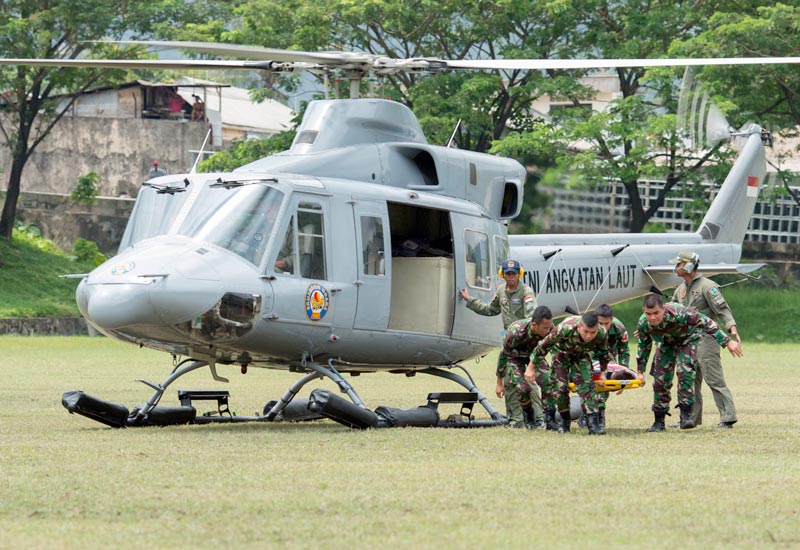 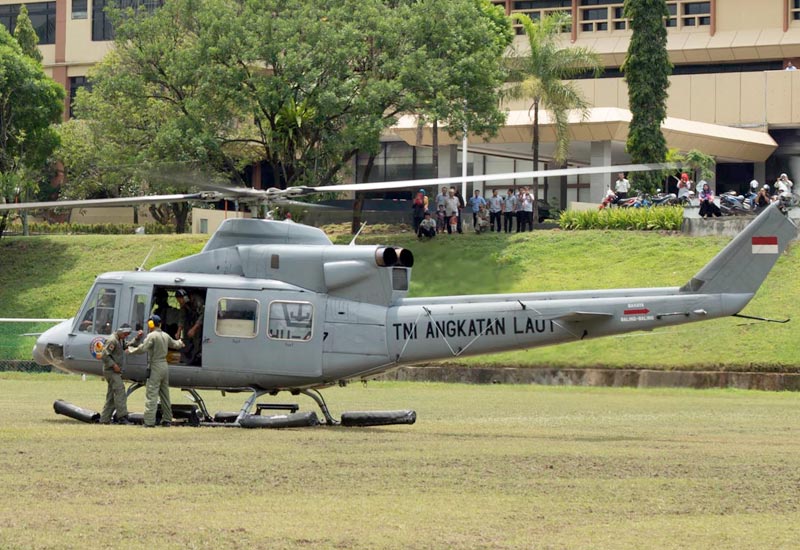 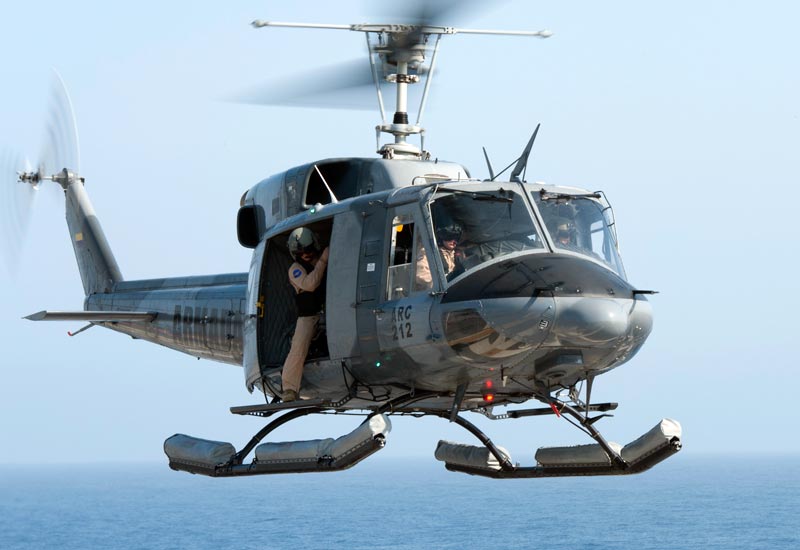 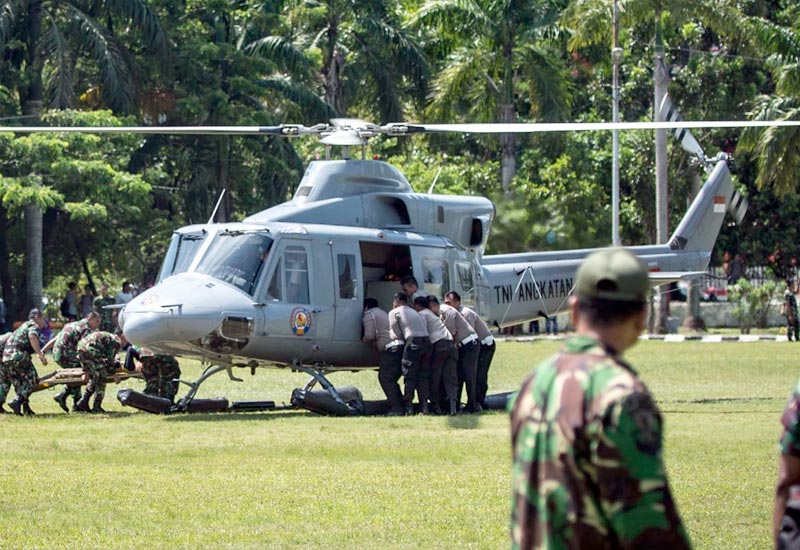 Aviation developments of similar form and function, or related to, the Bell Model 412...