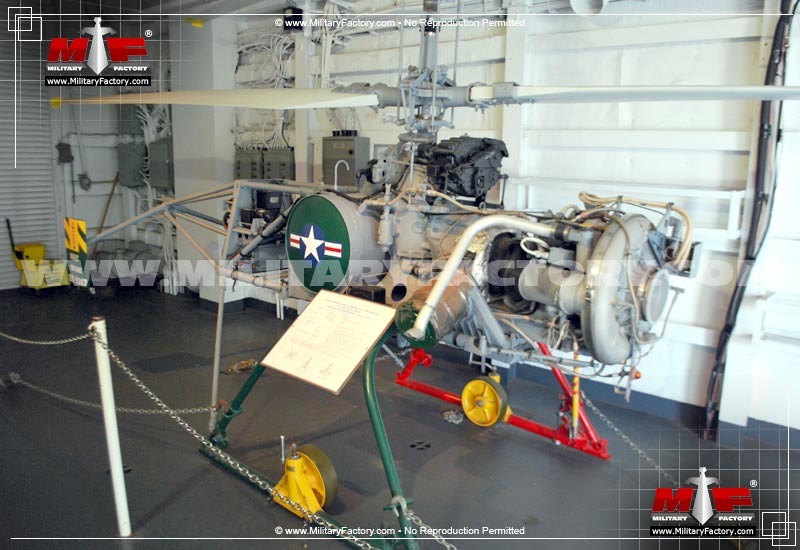 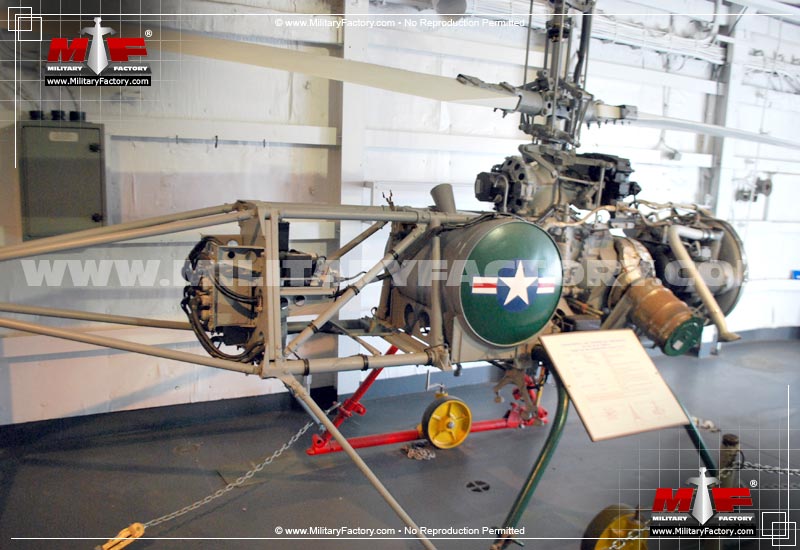 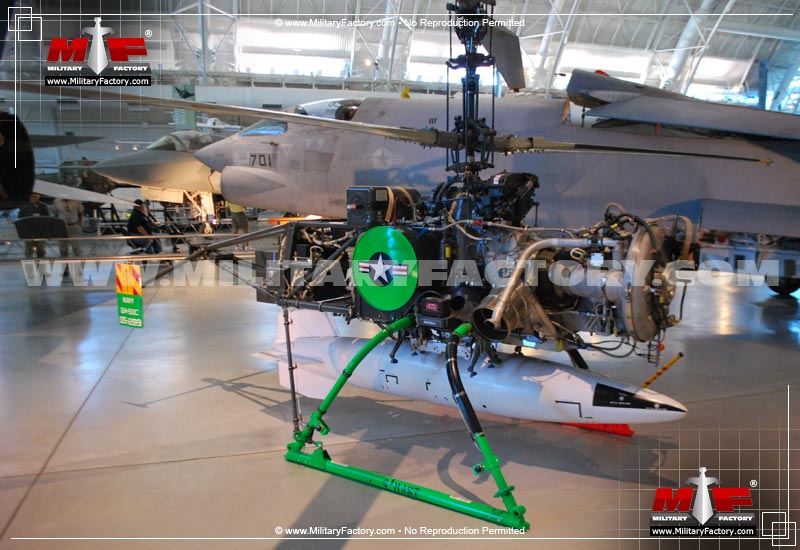 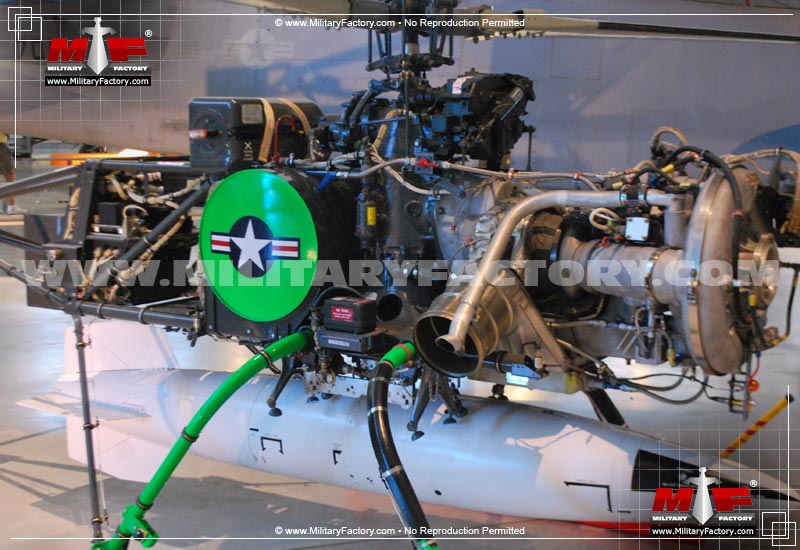 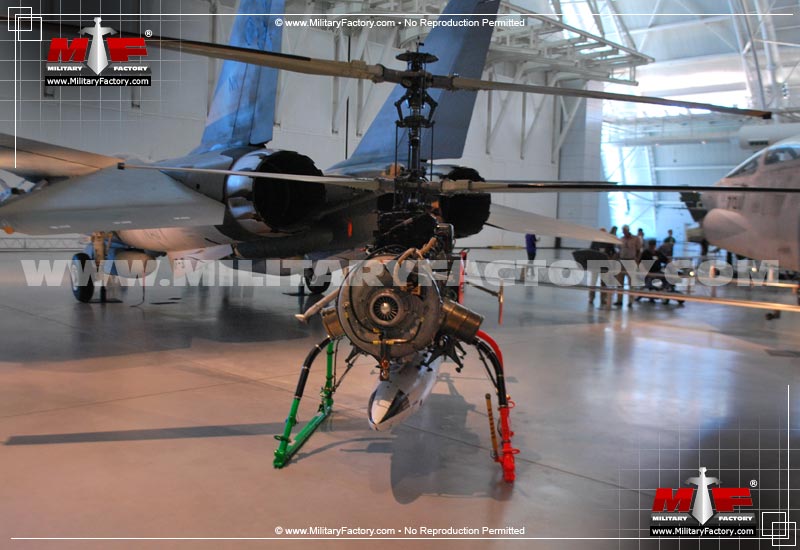 The Gyrodyne H-50 DASH served the U.S. military primarily in the ASW role for a number of decades before becoming a target tug.

To meet the rapidly expanding capabilities of the Soviet submarine force in the late-1950s and early-1960s, the United States Navy enacted the "Fleet Rehabilitation And Modernization" (FRAM) program allowing older, World War 2-era surface warships (namely destroyers) to be quickly and appropriately modernized for future service as submarine hunters. Since the wartime vessels were designed with surface combat in mind, the program was intended to configure the existing lot to become effective Anti-Submarine Warfare (ASW) platforms. Veterans like USS Laffey (DD-724) were given the conversion and, part of her augmented capabilities included facilities to operate the Gyrodyne QH-50 "DASH" (Drone Anti-Submarine Helicopter) unmanned drone aircraft.

Seven hundred fifty-five of the type were built and operators included both the United States Navy and Army services as well as the Japanese Maritime Self-Defense Force for a time. Production ranged from 1962 to 1969 with service introduction occurring in 1963. A first-flight was recorded in 1959.

Gyrodyne based its DASH on the RON Rotorcycle product - a single-seat manned, scout-minded helicopter system developed for the United States Navy (specifically the USMC) and first-flown on November 23rd, 1955. It was itself an evolution of the Bendix Model 2C and ten were built. The new unmanned helicopter, launched from warship decks and expendable as military assets (many off-the-shelf components were used in its construction), was realized through the "DSN-1" and this aircraft was driven by a Porsche YO-95-6 series piston engine of 72 horsepower. A pair of two-bladed main rotors were set coaxially (eliminating torque) over the design on a single mast. The body of the aircraft was essentially the exposed engine itself with no skinning used. The undercarriage was a simple skid arrangement - rugged enough for deck operations. Initial armament was a single Mark 43 series torpedo. The DSN-1 served as pre-production models and nine were completed.
Advertisements

Control was by remote with one operator managing the take-off and landing actions and primary operation handled by another operator in the Combat Information Center (CIC) section of the warship. Early-form aircraft did not carry cameras so the operators were essentially "flying blind" post-take-off.

Then followed the DSN-2 which carried two of the Porsche engines for increased power though only a single torpedo was still carried. Considered another pre-production quality model, the DSN-2 series was produced in just three examples.

The DSN-3 shifted to a Boeing T50-4 turboshaft engine which increased power (300 horsepower), allowing the aircraft to carry into battle two of the Mark 43 torpedoes. Three hundred seventy-three of this mark were produced.

After the 1962 U.S. military realignment, the DSN series was redesignated to "QH-50" and this resulted in the DSN-1 becoming the "QH-50A", the DSN-2 becoming the "QH-50B" and the DSN-3 becoming the "QH-50C". The QH-50D carried a more powerful Boeing T50-12 turboshaft engine of 365 horsepower output and a further 377 aircraft followed in production based on this standard.

The QH-50DM mark were ten DASH drones with modified Boeing engines and intended for the United States Army as reconnaissance platforms. They served in the Vietnam War (1955-1975) from September of 1959 until April of 1975 (the DASH program officially ended in 1969).

The YQH-50E were a collection of three DASH aircraft fitted with Allison T63-A-5A engines. The QH-50F was to be its in-service designation but the mark was not adopted. The QH-50H was yet-another proposed service model, this to carry two engines with wider-span rotor blades and a larger body. However it too was not adopted.

The Japanese Navy operated a stock of twenty DASH drones from several of its destroyer groups. These lasted until 1977.

(Showcased performance specifications pertain to the Gyrodyne QH-50C production variant. Compare this aircraft entry against any other in our database. View aircraft by powerplant type)
1 OR 2 x Mk 44 OR Mk 46 series torpedoes.