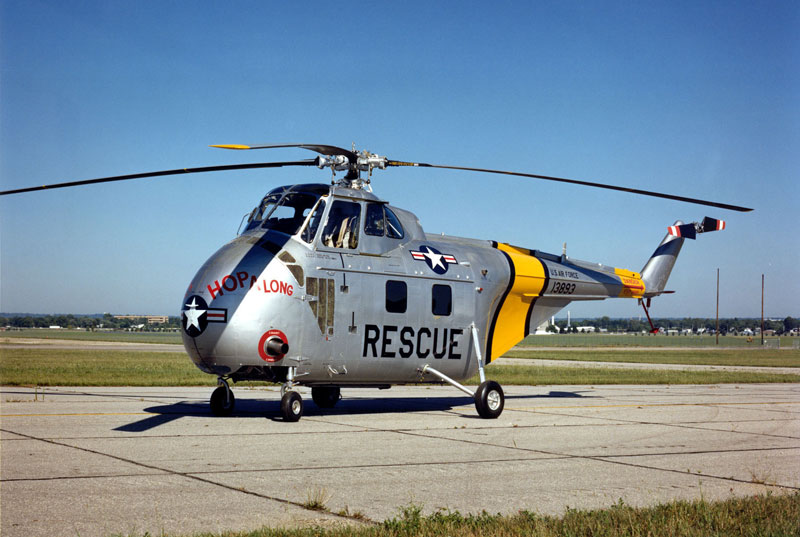 Front left side view of a Sikorsky H-19 Chickasaw helicopter at rest; color
2 / 12 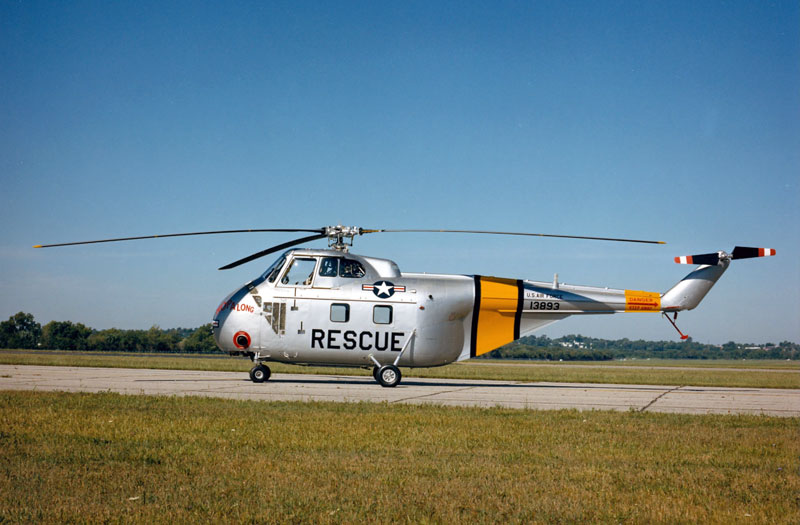 Left side profile view of a Sikorsky H-19 Chickasaw helicopter at rest; color
3 / 12 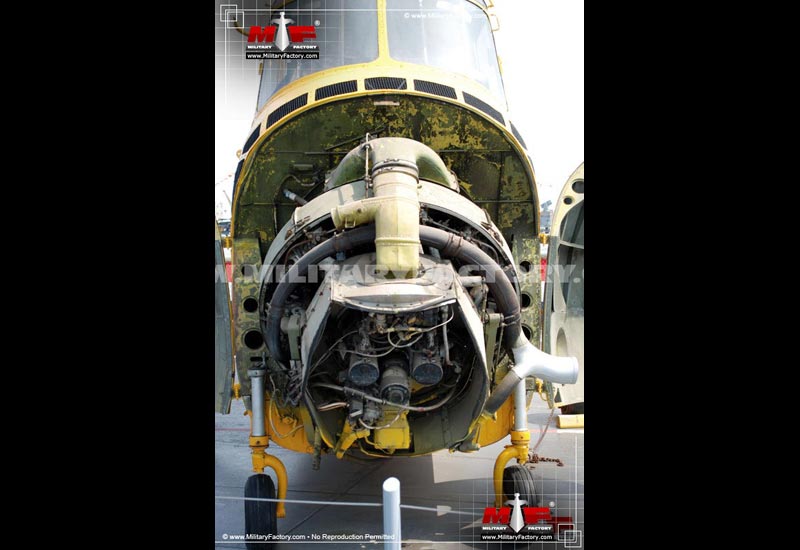 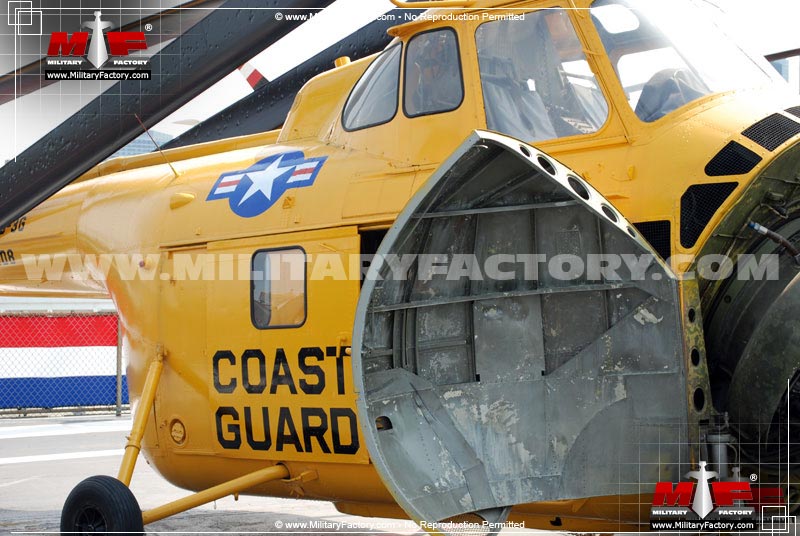 Front right side view of the engine compartment and fuselage of a Sikorsky H-19 Chickasaw helicopter; color
5 / 12 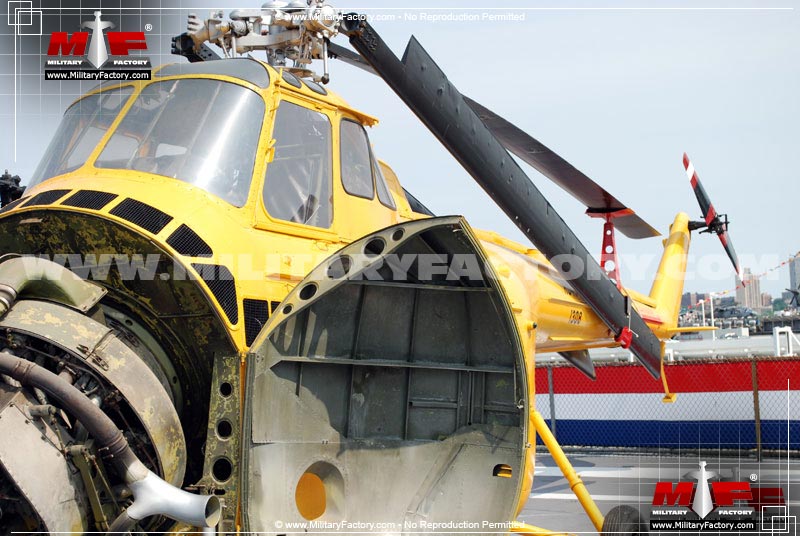 Left side view of the cockpit flight deck and engine compartment of a Sikorsky H-19 Chickasaw helicopter; color
6 / 12 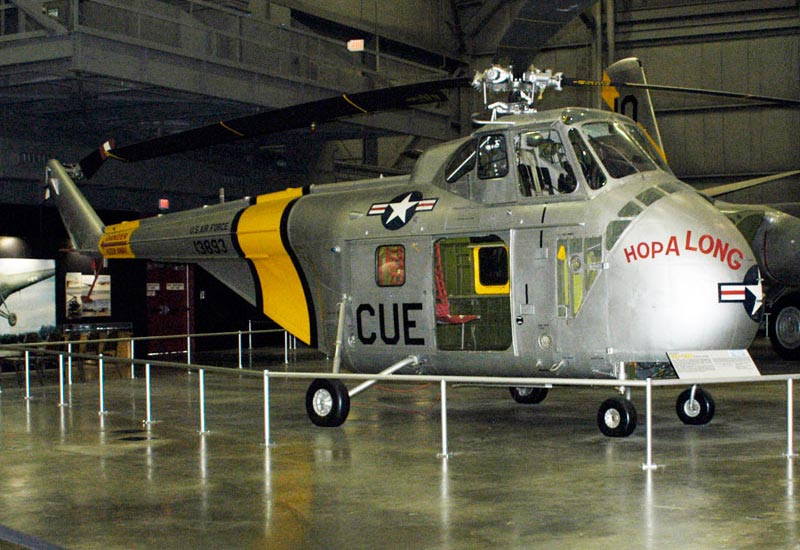 Front right side view of a Sikorsky H-19 Chickasaw helicopter on display at the USAF Museum; color
7 / 12 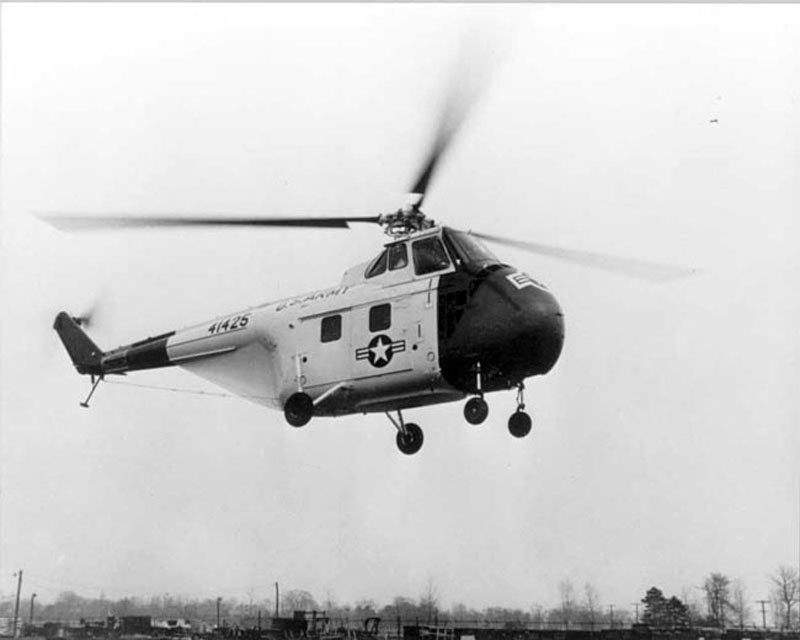 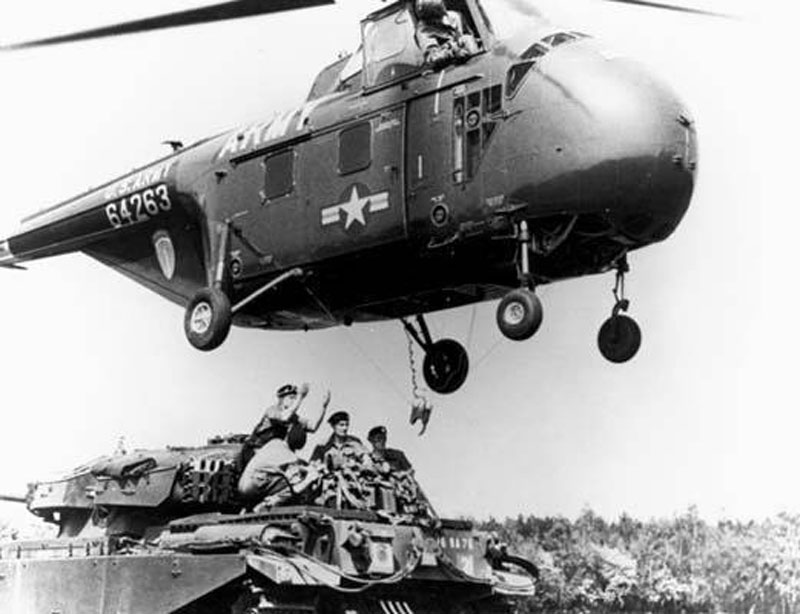 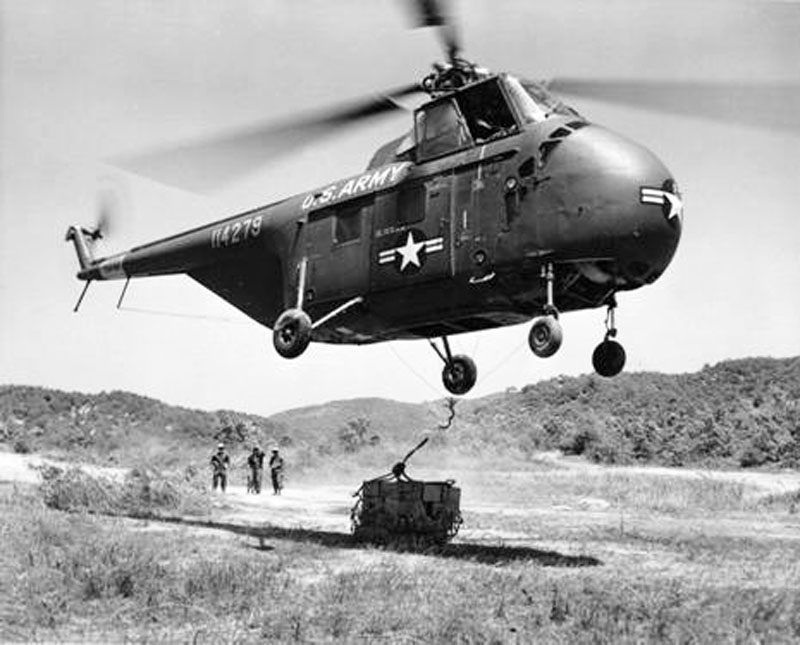 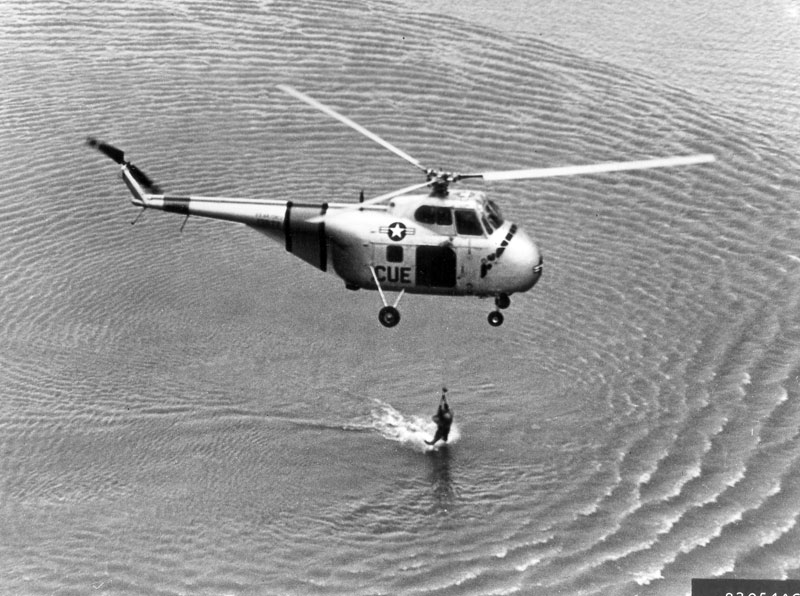 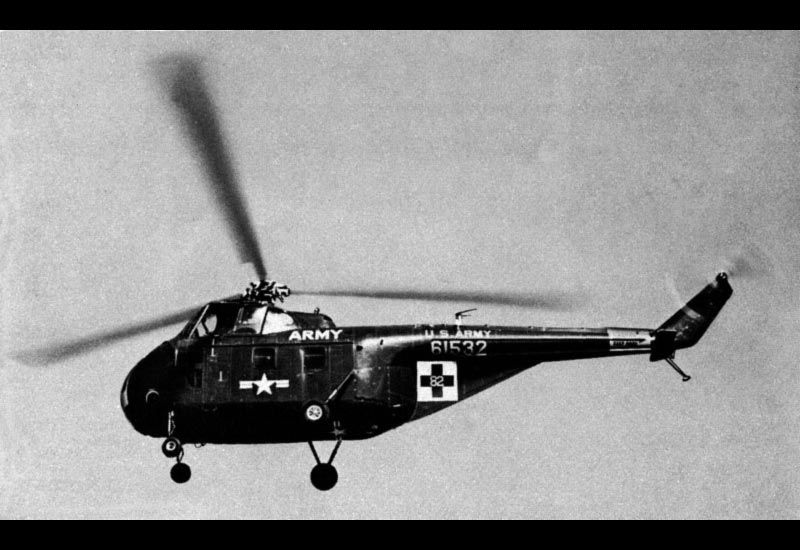 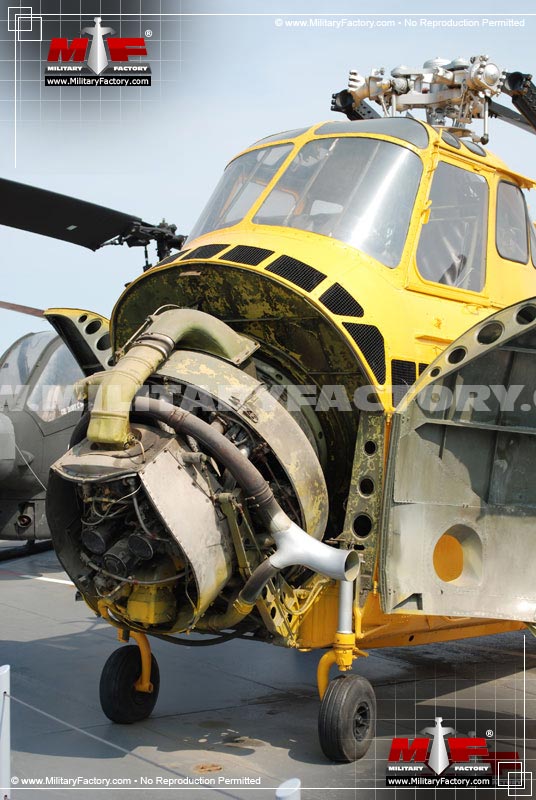 The Sikorsky H-19 Chickasaw series of multi-purpose helicopter has seen extensive use with forces from all over the globe.

Authored By: Staff Writer | Last Edited: 07/21/2018 | Content ©www.MilitaryFactory.com | The following text is exclusive to this site.
The Sikorsky H-19 Chickasaw was an American utility-minded, multi-role helicopter product of the Cold War period (1947-1991) immediate following the events of World War 2 (1939-1945). The type was produced in some 1,728 examples with operators situated all across the globe. The series recorded a maiden flight on November 10th, 1949 and service introduction followed with the United States Air Force (USAF) on April 16th, 1950. The last American examples, operated by the United States Navy (USN), were retired on February 26th, 1969 after decades of faithful service.

The H-19 series had roots in a private venture initiative by the Sikorsky Company. Its initial purpose was to test in-house developments by the concern and this allowed develop to proceed at a quickened pace without government involvement. The United States military, namely the USAF, became interested in the offering and commissioned for the YH-19 to begin formal testing and evaluations. This developmental model went airborne in November of 1949.

The USAF acquired the helicopter in April of 1950 (the USN followed in August under the designation of "HO4S-1" and the USMC in April of 1951 as the "HRS-1") and pressed its sole example into active service during March of 1951 in the Korean War (1950-1953). A second example was acquired that September. Once in operational service, the H-19 became the United State military's first "true" transport-minded helicopter platform.

The H-19 series was very unique in appearance for its time. The powerplant was situated at the nose, under the cockpit, which gave the helicopter a deep and distinct look. The engine was accessed by a clamshell-type door system over the nose cone. The cockpit seated its crew of two side-by-side with a commanding view overlooking the aircraft. The main rotor was situated over the helicopter as normal with a shaft running through a stem towards the tail set to drive the tail rotor unit (which was situated to face the portside of the aircraft). Behind the engine and behind/under the cockpit was the passenger cabin which could be used to undertake various roles. The undercarriage involved four fixed legs each with a wheel for ground-running.

The H-19 was developed into both civilian and military marketplace models and formed the basis for the H-34 "Choctaw" to follow (detailed elsewhere on this site). Operators eventually ranged from Argentina and Brazil to Venezuela and Yugoslavia.

YH-19 eventually numbered five pre-production units. The H-19A was the same helicopter fitted with an R-1340-57 engine of 600 horsepower and operated by the USAF with about fifty examples being delivered. The SH-19A was the H-19A revised for the Search-and-Rescue (SAR) role. The H-19B followed as an improved H-19A with R-1300-3 engine of 700 horsepower. 264 of these were produced in all. The SH-19B was the H-19B for the SAR role.

The H-19C was the United States Army variant with seventy-two built to the standard. This was followed by the Army's H-19D which was based in the H-19A of the USAF. 301 were built.
The USN took delivery of the H-19 beginning with the HO4S-1 based in the H-19A and ten were acquired. The HO4S-2 was the SAR model with the R-1340 engine of 550 horsepower. Three of this mark were built for the Royal Canadian Navy (RCN). The USCG operated the HO4S-2 as the HO4S-2G and seven were delivered to this standard. The Wright R-1300-3 engine of 700 stocked the HO4S-3 models and seventy-nine were produced to the standard. The HO4S-3G was the USCG variant and thirty were acquired.

The HRS-1 was the USMC model and carried the R-1340-57 engine of 600 horsepower. Sixty were built as troop carriers for the service. The HRS-2 followed with slight alterations to the equipment scheme and 101 were produced. The HRS-3 was another USMC model and operated with the R-1300-3 series engine of 700 horsepower. 105 were built or converted (some from existing HRS-2 models). The HRS-4 was a proposed HRS-3 variant carried the R-1820 radial engine of 1,025 horsepower but not followed through on.

As with other American aircraft, the H-19 helicopter series was entirely redesignated after the reformation of 1962. H-19A became the UH-19A, the H-19B the UH-19B, and so on. The S-55 was its commercial market designation and encompassed an A-, B, C-, T-, and QT-model. Commercial conversions were also available creating a whole other line of designations for the family.

In British military service (with production from Westland), the helicopter was known as "Whirlwind" and designated across several marks for various British services - WS-55, HAR, HAS, HCC and so on, each used to cover such roles as SAR, Anti-Submarine Warfare (ASW), general transport, VIP transport etc... These helicopters found operators all their own in Austria, Brazil, Brunei, France, Ghana, Iran, Italy, Kuwait, Nigeria, Qatar, and Yugoslavia.

The H-19 was used extensively in the fighting of the Korean War as an unarmed troop and cargo transport where its balance, reliability, and operational capabilities were proven qualities. The USMC were very active with the type throughout the conflict. The USAF operated their fleet in the SAR role and as MEDEVAC platforms. The series saw some limited service in the early American involvement of the Vietnam War 1955-1975) as well until succeeded by the aforementioned H-34 line.

In the Algerian war of Independence (1954-1962), French forces operated the H-19 in both the transport and gunship roles where the type excelled for its ability to hover, loiter and reach out-of-the-way places. The series was also used by France in Indochina for a time - though mainly in the MEDEVAC role.

Overseas production of the H-19 emerged from Westland of Britain, SNCASE of France, and Mitsubishi of Japan.

(Showcased performance specifications pertain to the base Sikorsky H-19 Chickasaw production variant. Compare this aircraft entry against any other in our database. View aircraft by powerplant type)
Usually none but optional as need dictates. Typically medium machine guns / heavy machine guns and rocket pods. 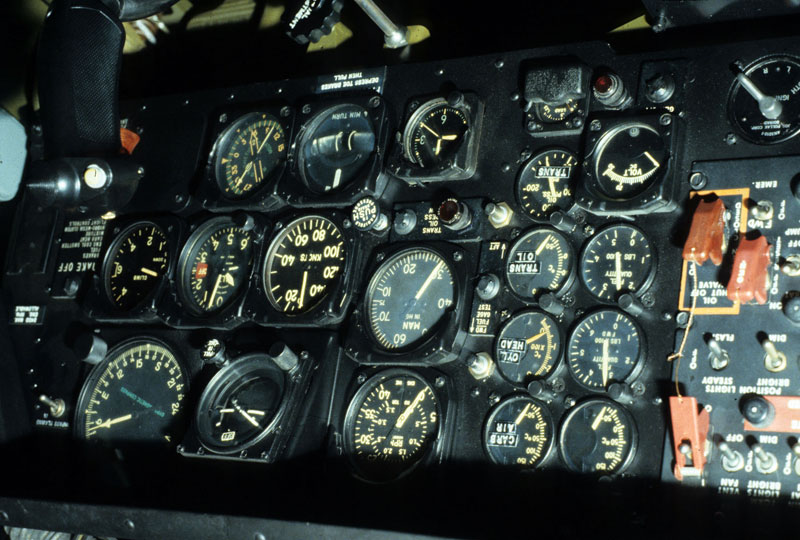