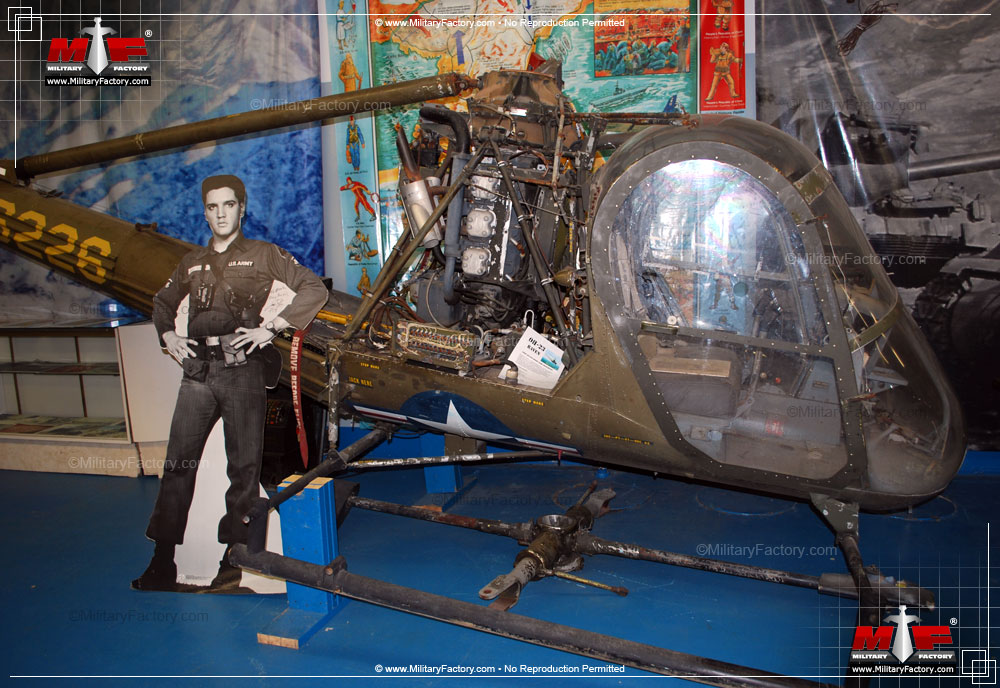 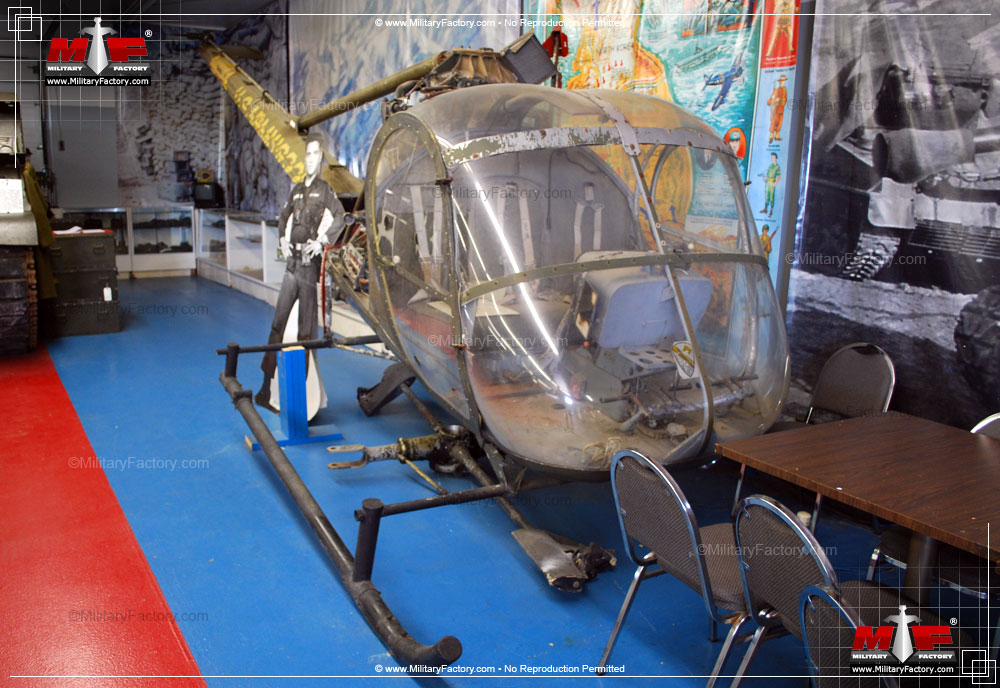 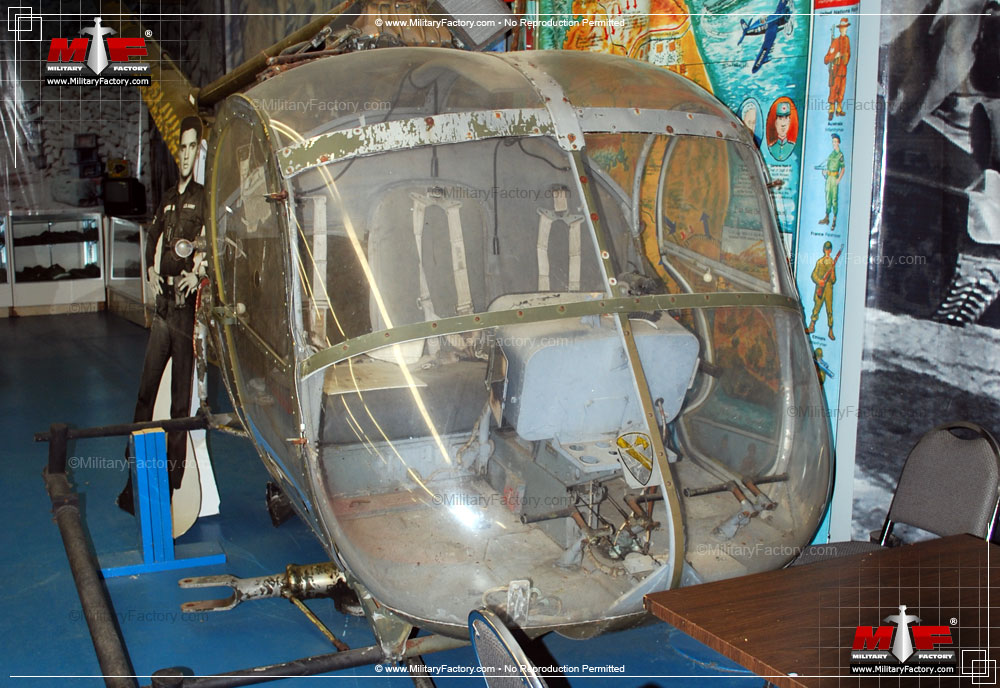 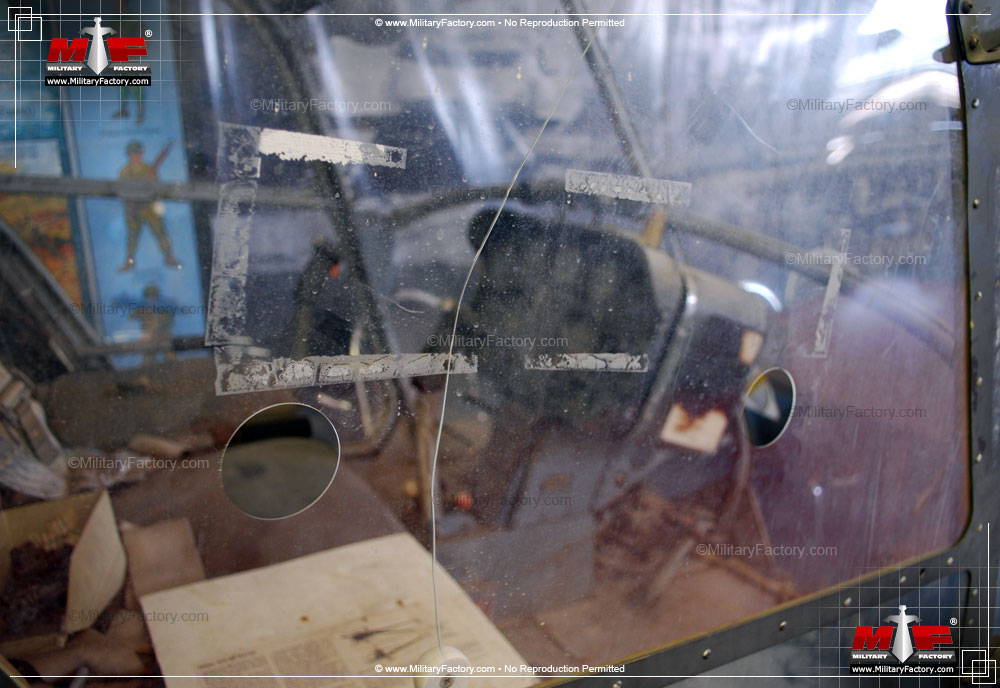 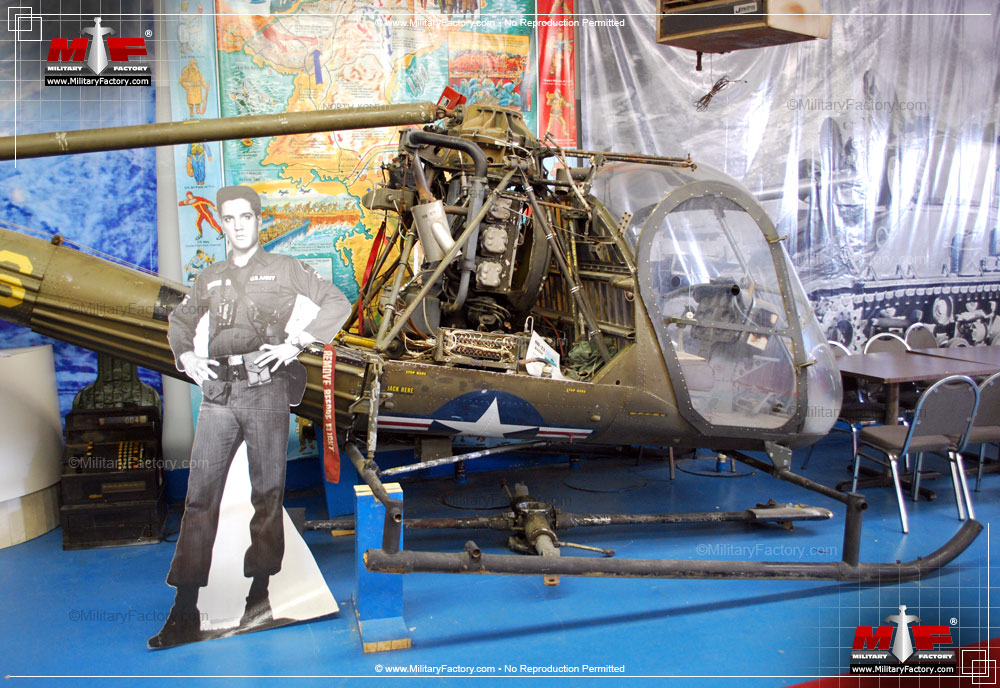 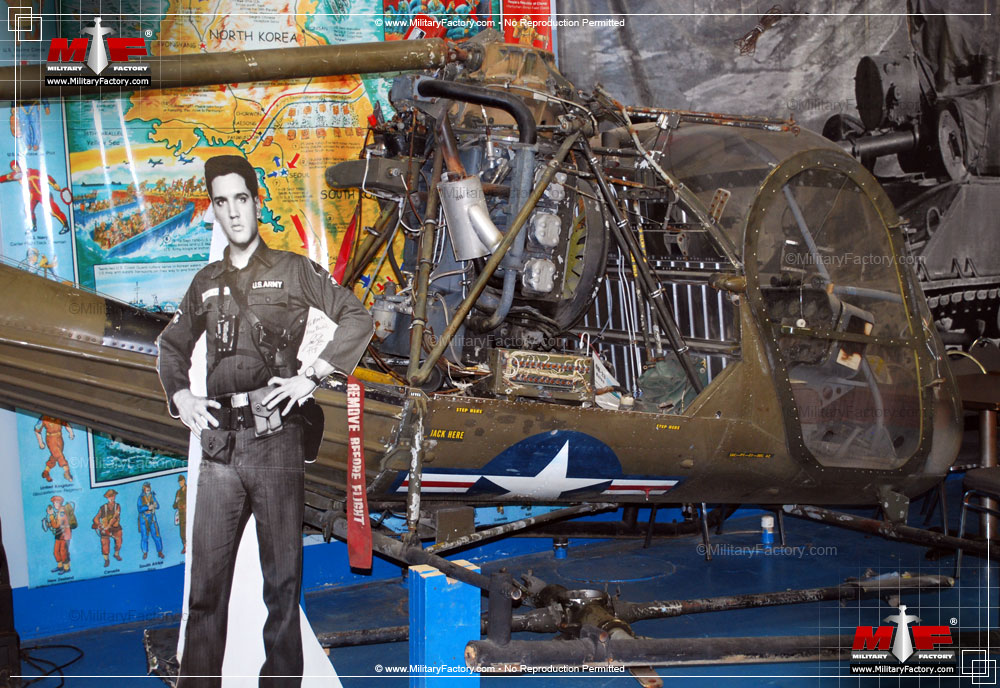 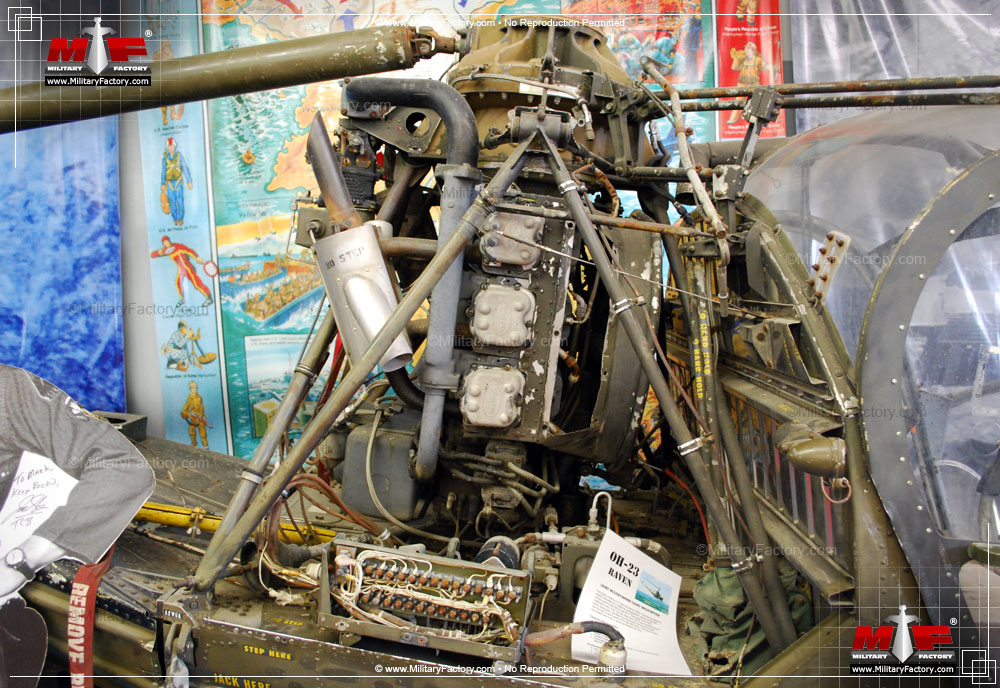 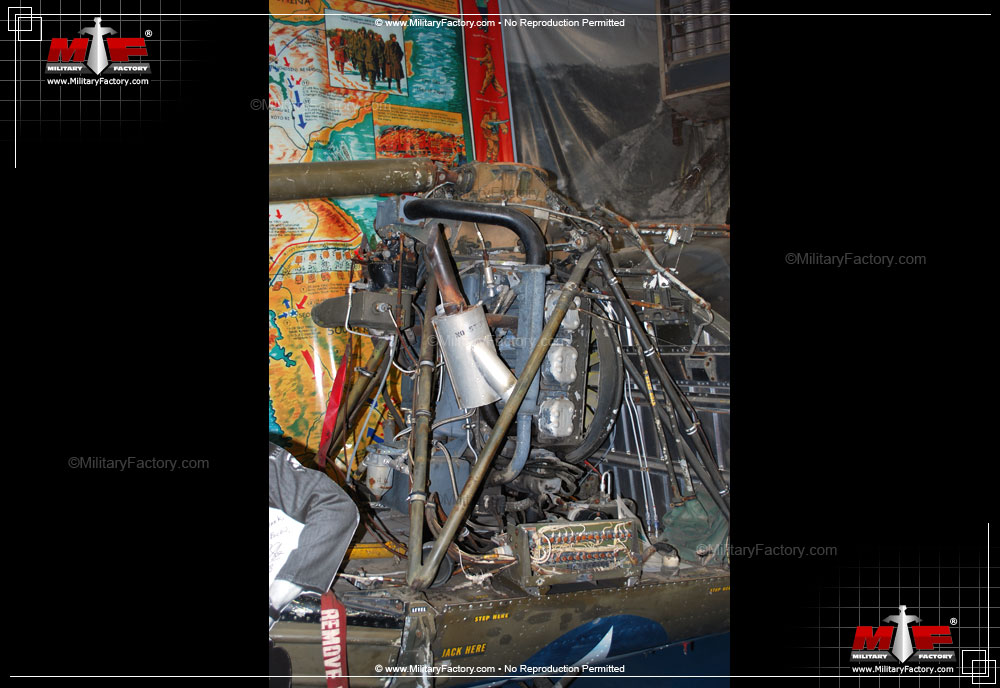 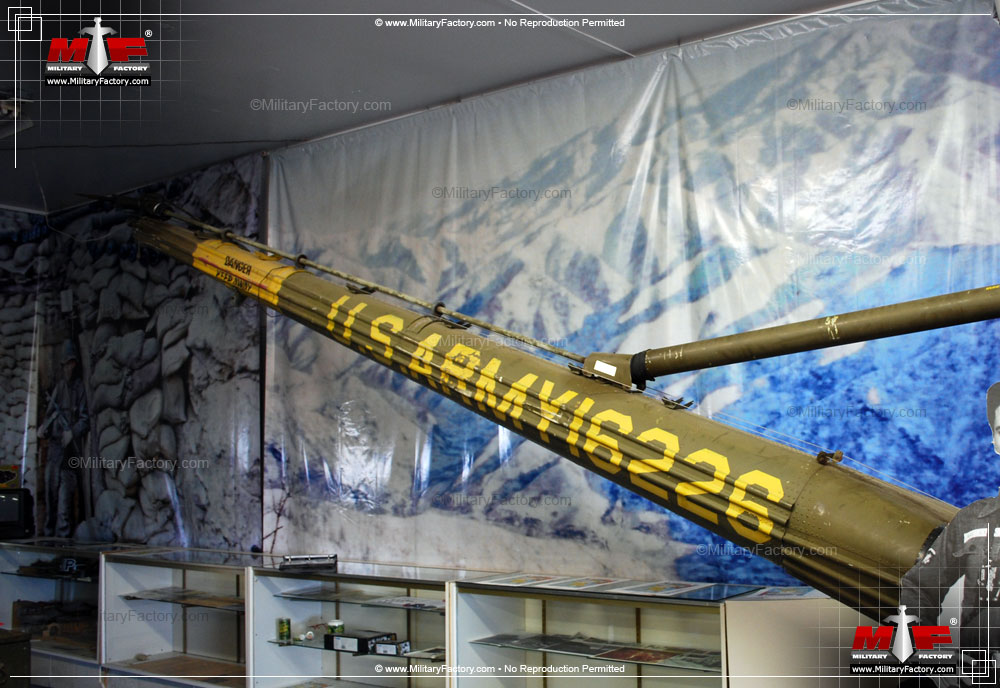 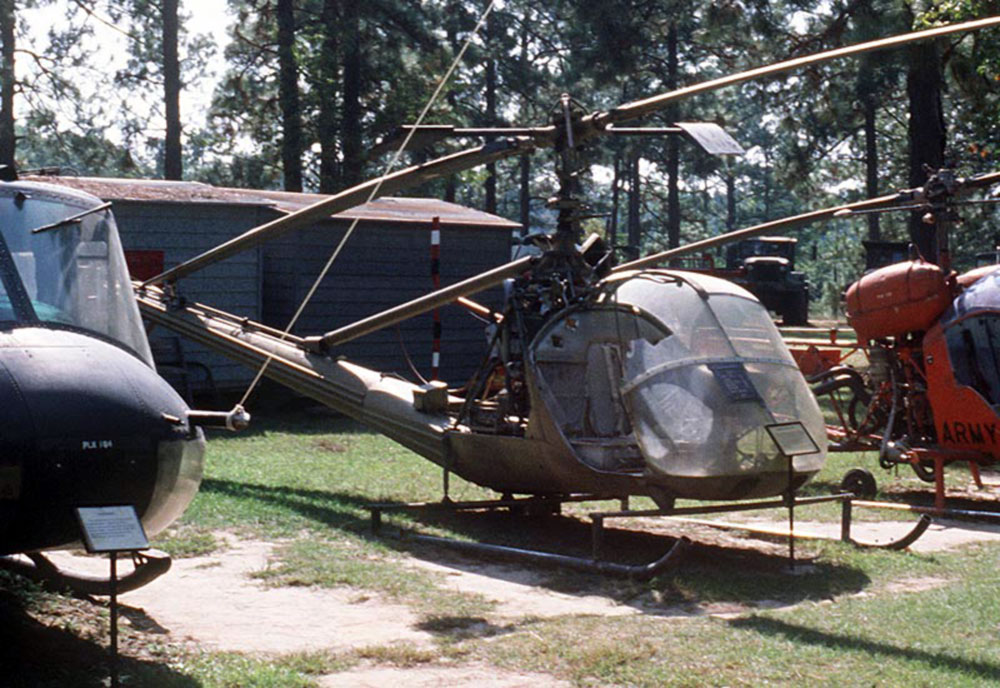 Despite its rather simple appearance, the Hiller OH-23 Raven light helicopter line proved reliable even under the wartime stresses of Korea and Vietnam.

Hiller Aircraft began during World War 2 in 1942 under the operating name of Hiller Industries. The company carried the surname of Stanley Hiller (1924-2006) whose provided much of the early work in the field of helicopter flight. Indeed his first coaxial helicopter design was completed at age 15 and his XH-44 impressed the US Army at age 17. Hiller headed the first helicopter factory in the world out of Berkeley, California. Among his early developments (now under the "United Helicopters" name) included the UH-4 "Commuter" and the UH-5B "Rotormatic" which led to the single-seat UH-12 light utility helicopter of the late 1940s.

The UH-12 held origins in the company Model 360 and saw a first flight in 1948. The UH-12A was a follow-up modification to the original UH-12 and included a more powerful engine to go along with a new, two-blade main rotor. The US Army liked what it saw and contracted for a militarized variant of the UH-12A and this became the evaluation prototype designated YH-23. For the military form, crew capacity was increased to two in a side-by-side seating arrangement underneath a largely transparent bubble-style windscreen. The aircraft was powered by a single Franklin piston engine of 178 horsepower.

The overall configuration consisted of a front-mounted cockpit (originally single-seat and then seating for two or more) with a mid-mounted engine and rear-set stem. The engine powered a two-bladed main rotor blade fitted high atop the mast and drove a two-bladed tail rotor used to offset torque. The cockpit offered generally excellent vision and the undercarriage was of a basic skid-type design. While typically unarmed, some war-time models were outfitted with 2 x 0.30 caliber medium machine guns for basic offense.

Following successful trials of the YH-23, the system was formally adopted by the US Army as the H-23A "Raven" across 100 examples. The powerplant became the Franklin O-335-4 piston engine outputting at 178 horsepower. The type also piqued the interest of the USAF whom ordered five examples for official evaluation. The H-23A was followed into service by the revised H-23B. This new model series incorporated a combined skid-and-wheel undercarriage and was powered by a Franklin O-335-6 series piston engine of 200 horsepower output. The US Army then took on a stock of 273 units while an additional 81 served the export market. Some later OH-23B models were upgraded to the more powerful Lycoming VO-435-23B series engine of 250 horsepower.

The H-23C proved unique upon its arrival for it featured seating for three personnel under a single-piece canopy cover and also instituted use of metal blades. Some 145 were procured by the US Army. The H-23D was given an all-new main rotor design and powerpack to include the Lycoming VO-435-23B engine of 250 horsepower. US Army procurement numbered 348 examples. The H-23E was offered but never purchased.

The H-23D seated two crew and showcased a maximum speed of 95 miles per hour with a cruise speed reaching 82 miles per hour. It fielded a range of 200 miles with a service ceiling of 13,200 feet. A rate-of-climb of 1,050 feet was reported.
Advertisements

The H-23F became a four-seat model with enlarged crew cabin. Additional changes included the use of the VO-540-A1B engine of 305 horsepower. The following H-23G offered seating for three personnel and dual-control features for both pilot positions. This mark was largely based on the preceding H-23F line.

The US Navy followed its own naming convention and tagged the UH-12A as the HTE-1. They were also two-seat airframes but offered dual-controls for both positions. Interestingly, this mark also showcased a tricycle-style wheeled undercarriage. Seventeen of the type were manufactured. The HTE-1 was then followed by the HTE-2 which was the H-23B and its Franklin O-335-6 piston engine of 200 horsepower. 35 examples were procured.

The Royal Navy followed suit and purchased the Hiller design under two marks - Hiller HT.Mk 1 and HT.Mk 2. The Mk 1 were ex-US Navy mounts (HTE-2 models) while the Mk 2 were UH-12E production models. Numbers totaled 20 and 21 respectively and primarily held as trainers out of RNAS Culdrose (Cornwall). The Canadian Army utilized the Hiller design as well, this under the C-112 "Noman" designation.

In 1962, the United States military underwent a branches-wide designation revision which changed all H-23 designations to the "OH" format. H-23B became OH-23B, H-23C became OH-23C and so on (see variants section for complete list). Many OH-23 variants were based on existing civilian-minded Hiller marks including the original UH-12A. The UH-12B was the basis for the US Navy HTE-1 while the UH-12C was the H-23C. The UH-12 was the H-23D and so forth.

The OH-23 proved exceedingly popular on the world market beyond its use by the United States, United Kingdom and Canada. The list included Argentina, Chile, Indonesia, Israel, Mexico, the Netherlands, South Korea, Thailand and Uruguay among others.

The OH-23 served American forces during the Korean War (1950-1953) as one of the handful of helicopters present in the conflict. The conflict marked the first practical use of rotary-wing aircraft in a modern war despite their (limited) use in the latter years of World War 2. The Hiller aircraft was used in the mission liaison, scouting, observation, general service, trainer and MEDEVAC role in the war, operated alongside the similar Bell Model 47/H-13 "Sioux" helicopter lines. The primary military variant became the OH-23D. As with the H-13 line, the OH-23 saw some combat service in the early years of the Vietnam War. They were replaced, in time, by the much improved Hughes OH-6A "Cayuse" light helicopter.

(Showcased performance specifications pertain to the Hiller H-23D Raven production variant. Compare this aircraft entry against any other in our database. View aircraft by powerplant type)
Usually none though some wartime models were outfitted with 2 x 0.30 caliber (7.62mm) Medium Machine Guns (MMGs) in special outboard mountings.