ROKS Yulgok Yi I DDG-992 is the second of six total ships planned for the all-modern Sejong the Great-class of South Korea.

Authored By: Staff Writer | Last Edited: 08/13/2021 | Content ©www.MilitaryFactory.com | The following text is exclusive to this site. 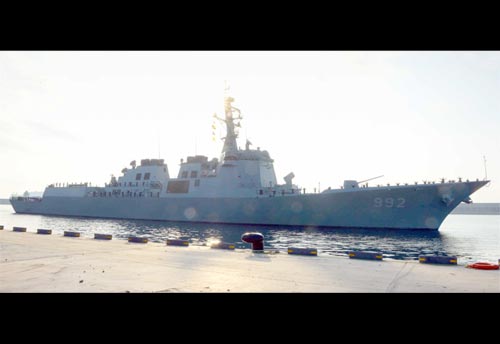 ROKS Yulgok Yi I (DDG-992) is the second of three active-service Sejong the Great-class guided-missile destroyers of the Republic of Korea (South Korea) Navy (RoCN). A total of six are planned for procurement through an initiative that seeks to modernize RoCN surface fleet capabilities. The class represents one of the more powerful surface combatants of the RoCN service and is fielded alongside the six-strong Chungmugong Yi Sunshin-class and three-strong Kwanggaetto the Great-class destroyer groups.

Built by Daewoo Shipbuilding and Marine Engineering Company, Ltd, the 7,650-ton Yulgok Yi I was launched on November 14th, 2008 and commissioned into service on September 1st, 2010.

The warship is given an all-modern design with stealth features including a slab-sided hull, continuous hull line running from bow to stern, and reduce protrusions. Over the forecastle, a single turreted deck gun is featured along with a low-profile Vertical Launch System (VLS). The bridge station sits atop the forward upper portion of the front hull superstructure offering commanding views of the ocean ahead. The superstructure is capped by a largely enclosed mast seating all manner of communications, sensors, and processing gear. The superstructure also integrates to the forward smoke funnel set which are fully-enclosed and of low-profile. The second smoke funnel set is just aft of midships and integrated into the aft-superstructure component which, itself, is tied to the helicopter landing deck over the stern.

The stern section supports one or two medium-lift navy helicopters, typically of the Sikorsky SH-60 "Seahawk" or AgustaWestland "Super Lynx" variety. These are further equipped for the Anti-Submarine Warfare (ASW) role and can be used in Over-the-Horizon (OtH) and Search and Rescue (SAR) duties as needed. The helipad/hangar combination allows the warship to launch, retrieve, and fully-service its rotorcraft fleet at-sea.

Dimensions of the ship include a running length of 544.6 feet, a beam of 70.2 feet, and a draught of 20.5 feet.©MilitaryFactory.com
Advertisements

Propulsion is provided for through a COmbined Gas-And-Gas (COGAG) arrangement, offering a balance of performance and fuel efficiency. The system comprises 4 x General Electric LM2500 gas turbines developing 100,000 horsepower to drive 2 x Shafts astern. This provides the vessel with a top headway speed (in ideal conditions) of 30+ knots and a range out to 5,500 nautical miles (6,300 miles).

Aboard is a typical operating crew of 300 hundred with onboard stores allowing the warship to remain at sea / on station for up to thirty days. The warship carries the AN/SPY-1D(V) multi-function radar set alongside the AN/SPG-62 fire control radar. Sonar fits include the hull-mounted DSQS-21BZ-M system and the SQR-220K towed array.

As it stands (2021), ROKS Yulgok Yi I maintains an active presence in the South Korean fleet and has regularly participated in the joint RIMPAC exercises with the United States and other Asia-Pacific allies.©MilitaryFactory.com
Note: The above text is EXCLUSIVE to the site www.MilitaryFactory.com. It is the product of many hours of research and work made possible with the help of contributors, veterans, insiders, and topic specialists. If you happen upon this text anywhere else on the internet or in print, please let us know at MilitaryFactory AT gmail DOT com so that we may take appropriate action against the offender / offending site and continue to protect this original work.
Advertisements

(Not all weapon types may be represented in the showcase above)
1 OR 2 x Medium-lift navalized helicopters equipped for Anti-Submarine Warfare (ASW) duties. 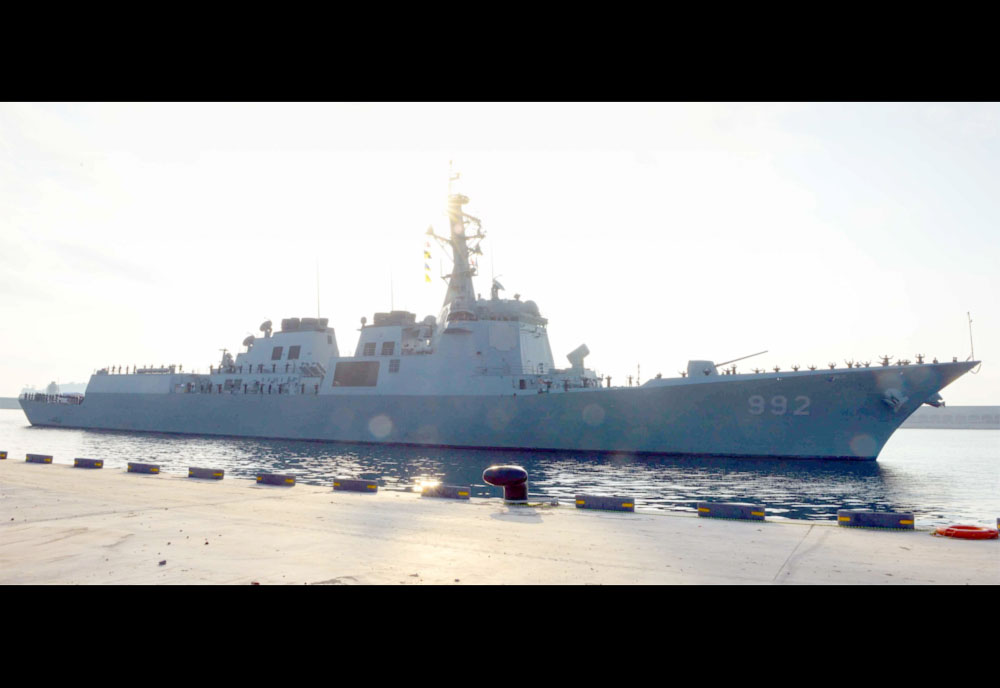 Image from the Republic of Korean Navy; Public Release.

Naval vessel developments of similar form and function, or related to, the ROKS Yulgok Yi I (DDG-992)...