Over 13,000 Raven SUAVs have been delivered from AeroVironment to a variety of global operators, making it the most widely used UAV of its kind.

Authored By: Dan Alex | Last Edited: 02/28/2022 | Content ©www.MilitaryFactory.com | The following text is exclusive to this site. 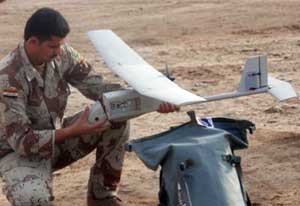 The AeroVinronment RQ-11 "Raven" is classified as a "Small Unmanned Aerial Vehicle" (SUAV), this attributed directly to its manageable dimensions and weight. The Raven was developed from the private venture "FQM-151 Pointer" SUAV appearing in 1999 which went on to be used by both the US Army and USMC. AeroVironmental, Incorporated is headed by aeronautical engineer Paul MacCready and was founded in 1971, headquartered out of Monrovia, California. The firm went on to produce a myriad if ingenious technology products including the first viable human-powered airplane, various solar-powered aircraft and solar-powered and conventionally-powered UAVs, the hydrogen-powered "Global Observer", the solar-powered "Sunraycer" car and even a flying pterodactyl dinosaur repilca. The Raven SUAV is currently in use by forces from Australia, the Czech Republic, Denmark, Estonia, Iraq, Italy, Lebanon, the Netherlands, Norway, Spain, the United Kingdom (on loan from the US) and the United States. Burundi and Uganda of the African Union are set to receive the type to combat insurgents in Somalia.

The Raven can fulfill various aerial duties for both military and civilian markets but is best known for its military uses where it has been used to visually acquire targets of interest, gather area intelligence, or reconnoiter a location. To date, some 13,000 Ravens have been produced and are currently seeing extensive use in the hands of the US SOCOM (Special Forces), the United States Army and the United States Air Force as well as others in the ongoing wars in Afghanistan and Iraq. The small nature of the UAV has proven useful at the brigade, company and small unit levels by delivering real-time battlefield information. The Raven first flew in 2001 and was formally introduced in 2003. Serial production began in 2006 with each unit costing American tax payers $35,000. The entire Raven complex - aircraft and the applicable control station - runs upwards of $250,000.

Design of the Raven UAV is conventional as aircraft go though key qualities of the system are its compact dimensions and hand-launched operation. The Raven takes to the air by a member simply launching the aircraft into the air, nose-first. The major working components of the airframe are contained in a rectangular fuselage capped by a curved nose cone assembly housing the all-important camera suite. At the nose of the fuselage is a dual-forward, side-looking CCD EO camera system with electronic pan-tilt-zoom functionality and full stabilization as well as an Infrared night-vision camera with forward-looking and side-looking capability. A tailboom extends from the lower rear of the Raven fuselage and sports a single vertical tail fin with a single-piece horizontal tailplane. The main wing component of the Raven is noticeably canted upwards outboard of the fuselage. A simple two-bladed propeller is identified at the top rear of the fuselage and is used to propel the small UAV through the air (in a "pusher" arrangement). Power is supplied by a single Aveox 27/26/7-AV electric motor which provides the aircraft with a top speed of 56 kilometers per hour and mission endurance is approximately 1 to 1.5 hours. The vehicle measures a running length of 55 inches and sports a wingspan of 4.5 feet with a 4.2lb operating weight. These factors allow it to be carried in a standard rucksack.

The RQ-11 can operate in both day and night environments thanks to its use of the daytime and infrared camera systems and can be controlled by a ground-based operator or arranged to fly autonomously via set waypoints, guided to each point by GPS navigation. Unlike larger, more powerful UAV platforms currently in service, the Raven's aerial surveillance and reconnaissance capabilities is limited by line-of-sight operation up to 10 kilometers though its video delivery is in real-time and full-color. An "autoland" function is built into the software to allow for recovery and reuse.

The initial production form of the Raven series was the RQ-11A though this form is no longer being offered today. The US Army procured at least 376 Raven A models (after its selection as the winner of the Army SUAV competition) and this was followed by the "enhanced" RQ-11B Raven B which has also spawned the eight-channel RQ-11B as well as the RQ-11B DDL with Digital Data Link for frequency management and interoperability. The B-model builds upon the inherent strengths found in the original Raven design in terms of mission endurance and capabilities to include support for IR illumination, upgraded GCU, a lighter operational weight and improved optics. for the long run. Full-rate production of the B-model began on October 5th, 2006 and 80 examples were in the field by the end of the year.

September 2012 - In late September, it was announced that Yemen will procure four RQ-11 UAV systems from the United States Department of Defense.

(Showcased performance specifications pertain to the base AeroVironment RQ-11 Raven production variant. Compare this aircraft entry against any other in our database or View aircraft by powerplant type)
None. Payload consists of a daytime color camera as well as infrared night-vision. 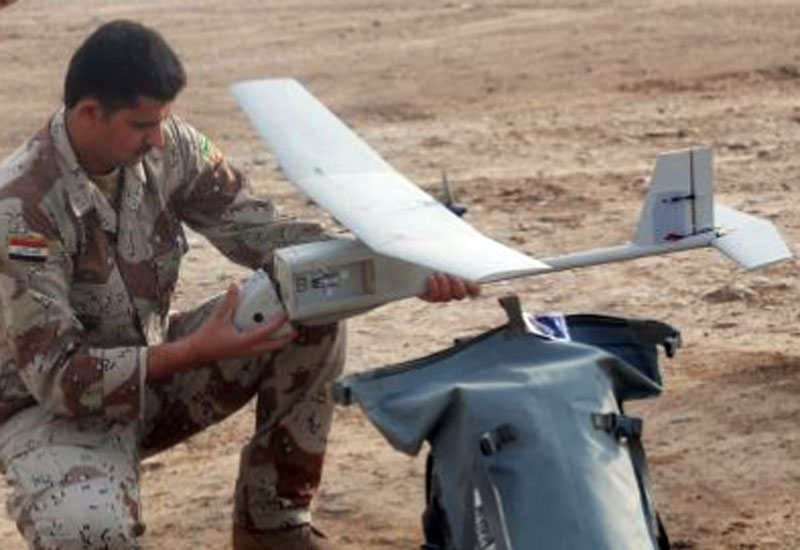 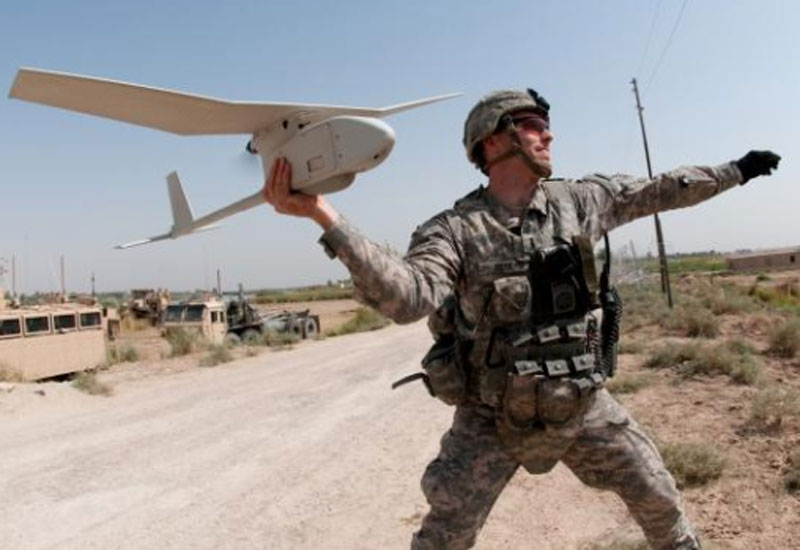 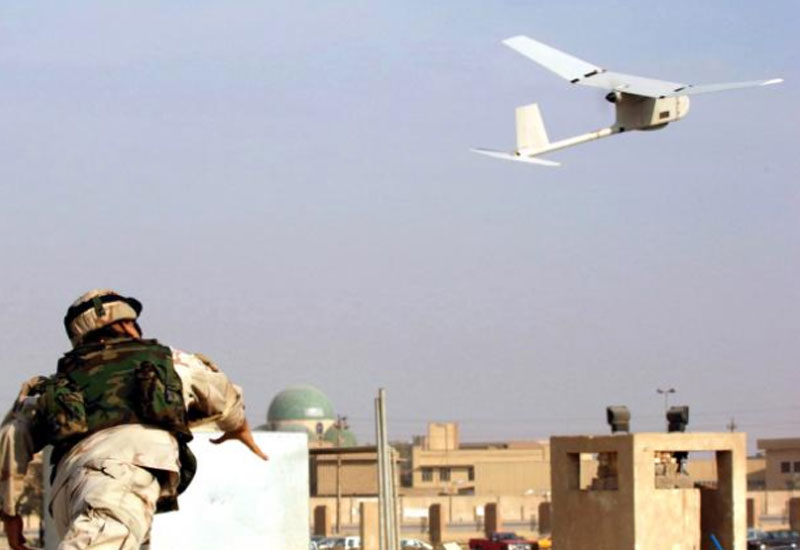 An RQ-11 SUAV is launched for its next mission
❮ ❯