The Junkers Ju 188 Rache was a solid design and good performer, though appearing several years too late to make an impact.

Authored By: Staff Writer | Last Edited: 01/23/2019 | Content ©www.MilitaryFactory.com | The following text is exclusive to this site. 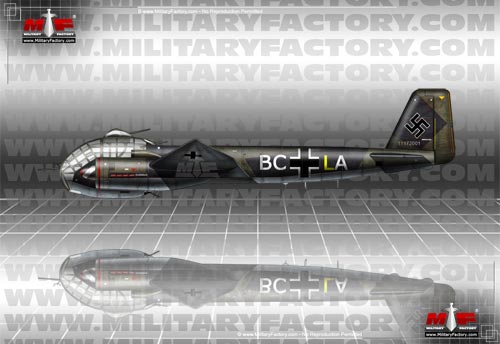 When the new Junkers Ju 288 - a design meant to replace the Junkers Ju 88 series of bombers - ran into developmental issues with its engines, Junkers set about producing an in-between utilizing the Ju 88's airframe. The Ju 88B and Ju 88E were converted test frames (with an increased wingspan and new fuselage) that would eventually lead up to the development of the Ju 188 Racher (or "Avenger") series - a high performance aircraft that differed little in the aircraft it was meant to replace. Production would be limited to just over 1,000 examples.

With the prototypes ready and flying, it would only be a short time later before the production Ju 188s would see operational service in 1943. In an attempt to avoid previous issues with powerplant acceptability, the Ju 188 was specifically designed to take on both Jumo and BMW type engines without any modification needed to the airframe. The Ju 188 crew comprised of four personnel.

Design was of a typical Dornier twin-engine layout with the BMW or Jumo series engines fitted to the low-wing monoplane. The cockpit and nose were of the greenhouse type design with a 15mm autocannon protruding from the nose. A top turret featured a single 13mm machine gun while a 7.92mm machine gun was situated in a rear-facing ventral gondola. Some models carried an additional machine gun in a dorsal rear-facing gondola position as well. Internal and external bomb load was limited to around 6,600lbs of stores.

The Ju 188 was primarily a reconnaissance platform though it did fulfill the bomber and nightfighter roles to some extent. The Ju 188E-2 existed as a torpedo bomber while the Ju 188D-2 came on as a naval reconnaissance variant fitted with specialized radar in the nose. The nightfighter derivative was the Ju 188R-0, which were modified from the Ju 188E models and were given 4x 20mm or 2 x 30mm cannons along with the standard radar system. A series of high altitude performance models also appeared in the form of the Ju 188J, Ju 188K and Ju 188L that warranted an all new Ju 388 designation. These three additional were proposed designs that would have been comprised of a heavy fighter, bomber and reconnaissance type respectively.©MilitaryFactory.com
Note: The above text is EXCLUSIVE to the site www.MilitaryFactory.com. It is the product of many hours of research and work made possible with the help of contributors, veterans, insiders, and topic specialists. If you happen upon this text anywhere else on the internet or in print, please let us know at MilitaryFactory AT gmail DOT com so that we may take appropriate action against the offender / offending site and continue to protect this original work.
Advertisements

OPTIONAL:
Up to 6,608lb of external and internal stores. 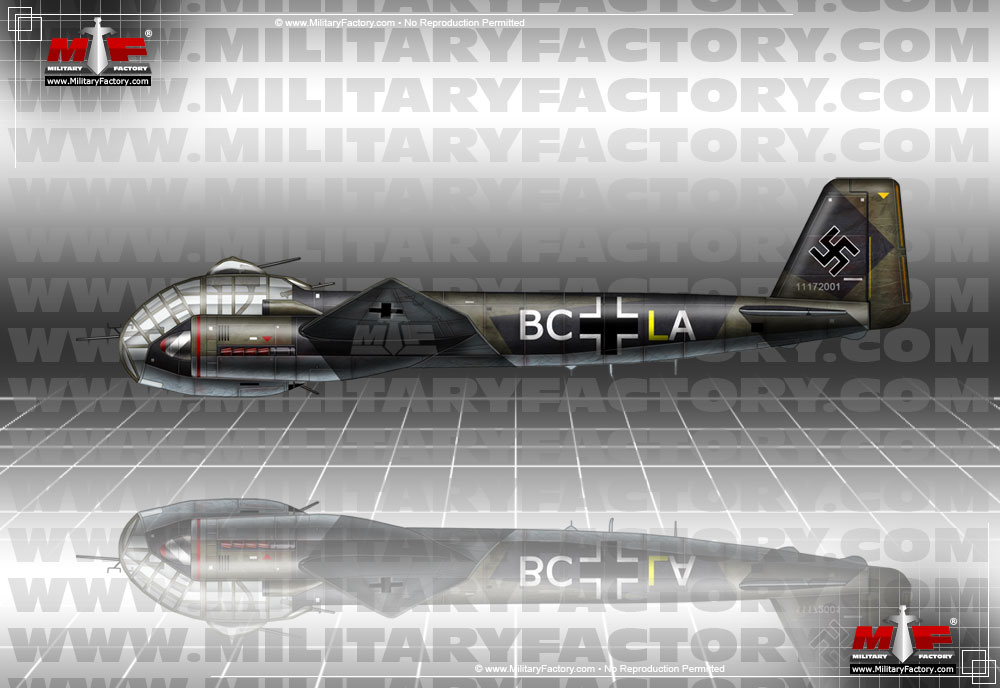