Authored By: Dan Alex | Last Edited: 04/04/2016 | Content ©www.MilitaryFactory.com | The following text is exclusive to this site. 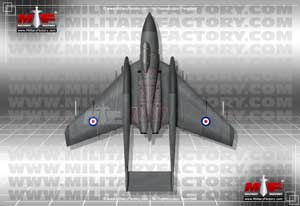 United Kingdom engineers delivered several notable aircraft designs during the Cold War decades. Once such contribution became the de Havilland DH.110 "Sea Vixen", a twin-boom, two-seat, twin-turbojet-powered design which served solely with the Royal Navy from the period of 1959 to 1972. Production was limited to 145 aircraft and these served on British carriers as all-weather interceptors with nuclear freefall bomb capabilities. The Sea Vixen was adopted to replace the outgoing stable of de havilland "Sea Venoms" of broadly similar twin-boom, two-seat configuration.

The Sea Vixen was a thoroughbred when she appeared, capable of matching any fighter design pound-for-pound and the first British-originated swept-wing, all-weather, twin-seat aircraft adopted into service. First flight of a prototype occurred on September 26th, 1951 though the program received a major public setback when an aircraft crashed at the 1952 Farnborough Air Show with fatal results. Indeed, some 29 spectators were killed and a total of 31 lives lost in all. The aircraft broke up in midair due to a failure in the leading wing edge. The resulting investigation forced the Sea Vixen to be grounded upon further review and modifications were then presented to the existing Sea Vixen design.

When compared to the aging stable of Sea Venoms, de Havilland engineers elected to continue use of a twin-boom layout. However, differences between the two designs were extreme. A high-mounted horizontal tailplane was erected between the twin rudder fins. A twin engine layout was also used to bring more power from the combined arrangement of the paired turbojets. Swept wings were becoming the norm with all jet-powered aircraft of the 1950s and the Sea Vixen followed this trend. The cockpit showcased as a single-seat fighter - this for the pilot - though a radar operator was buried within the nose as well, low and aft of the pilot's position. For the internal volume required of this position, the pilot's position was offset from centerline to the port side of the fuselage, giving the Sea Vixen a very distinct top-profile. Due to the aircraft's design as a carrier-based fighter, the swept-wing appendages were power-folding to allow for improved storage of the large aircraft aboard the space-strapped British carriers of the time. The radar system (GEC AI-18 Air Interception) was installed in a hinged nose-cone assembly for easy access and repair. The undercarriage was wholly retractable and powered, consisting of two wheeled main legs and a single-wheeled nose leg. Dimensions included a length of 55.6 feet, a wingspan of 51 feet and a height of 10.8 feet.

Power to the aircraft was served through 2 x Rolls-Royce Avon Mk.208 series turbojet engines, each delivering 11,000lbs thrust. This provided the airframe with a maximum speed of 690 miles per hour (Mach 0.90) at sea level with a range of 790 miles, a service ceiling nearing 48,000 feet and a rate-of-climb reaching 9,000 feet per minute.
Advertisements

As an armed fighter, the Sea Vixen was cleared to field up to 4 x "Firestreak" air-to-air missiles. This then broadened to include the "Red Top" series in time. Additionally, the aircraft could instead take on a stock of 4 x Matra rocket pods with rockets numbering 72 in total (18x each pod). As with other aircraft of the Cold War years, the Sea Vixen was also granted provisions for carrying a single "Red Beard" freefall nuclear bomb should the "Cold War" ever go "hot". interestingly, the Sea Vixen was the first British aircraft to not feature internal cannons for close-in fighting. Instead, the mount was to survive through all-missile/rocket armament which limited some of its tactical value. There proved a total of six hardpoints to carry a mix of available ordnance options.

With the 1952 crash, the Sea Vixen was not made operational until July 1959 as engineers worked to rectify the design for the better. From this point forwards, the aircraft became the spearhead of the British carrier air groups for a good decade before its replacement was found. Initial aircraft was designated as FAW. Mk 1 models and these served through five squadrons as well as the 766B Training Sqn from 1958 to 1966. In 1963, an improved form then appeared as the FAW.Mk 2 which were either new-builds or converted Mk 1 models. Mk 2 mounts were upgraded with Firestreak AAMs as well as extended tail boom sections for more internal fuel and, thusly, improved service ranges. The Sea Vixen served exclusively with the British Royal Navy's Fleet Air Arm (FAA) and was never exported.

Despite a rather lengthy career during a tumultuous period in history, the Sea Vixen did not participate in official direct actions of any war during its service with the FAA. It undertook patrols during the Iraq attempt to take over Kuwait in 1961 and support during the instability in Tanganyika during early 1964. Later that year, the Sea Vixen was used in anger against rebel forces in the Persian Gulf region. Beyond an additional few years of patrolling and support sorties, the Sea Vixen's time as a combat aircraft was limited when compared to contemporaries of the period. Nevertheless, she formed a vital component to British Navy operations wherever she was needed - including "show of force" initiatives.

Some Sea Vixens were saved as museum pieces in the years following their retirement while a limited set were converted to drones under the designation of "D.Mk 3". Converted target tugs became "TT.Mk 2". Rising costs and aging technology eventually did the line in, as Sea Vixens were replaced by the incoming stock of American-originated McDonnell Douglas F-4 Phantom IIs.
Advertisements 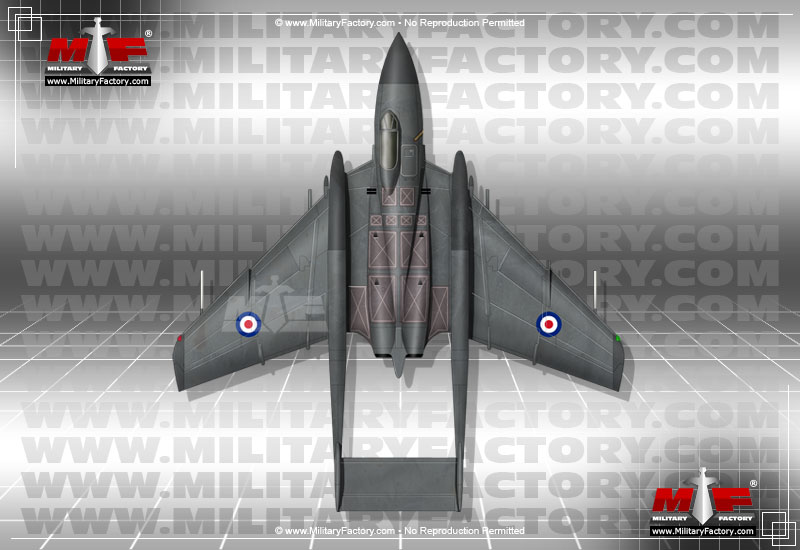