The General Atomics MQ-9 Reaper maintains a role of hunter-killer for the United States Air Force. 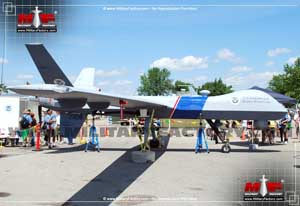 The MQ-9 "Reaper" ("M" = multirole; "Q" = Unmanned Aerial Vehicle; "9" = series designation) offers the United States Air Force a high-level, remotely-piloted weapons platform capable of instant action and precise engagement. Appearing outwardly similar to the earlier Predator series of UAV's, the Reaper is in fact a dimensionally larger offshoot featuring more power and a broadened munitions-delivery capability. The MQ-1 "Predator" (Predator A) is also a "first generation" Predator UAV, beginning life as an unarmed reconnaissance platform under the RQ-1 designation and only being armed later in its tenure (as the MQ-1). The MQ-9 "Reaper" (Predator B) became the next logical evolution in the series, from the outset conceived of as an armed reconnaissance platform with better performance capabilities within a larger airframe. The MQ-9 Reaper was introduced for service in 2007 and was set to play a major role in the United States effort on the "War on Terror" concerning Afghanistan and Iraq.

One of the more defining physical characteristics of the MQ-9 versus the MQ-1 is the outward-cranked upturned tail fins - these are downturned on the MQ-1.

The MQ-9 system is fully-portable and can break down in sections for airlifting in a Lockheed C-130 transport or similar aircraft. The basic design of the pilot-less aircraft allows for take-off and landings to occur on nearly any runaway surface.

The Reaper is capable of carrying and delivering munitions from two external hardpoints in the form of anti-tank "Hellfire" Anti-Tank (AT) missiles and GBU-12 / GBU-38 series of JDAM (Joint Direct Attack Munitions) precision-guided bombs. The platform is categorized as a "hunter/killer", equally adept at operating in the stratosphere as a real-time reconnaissance drone and also being able to engage targets when needed. Imaging is accomplished through intensified TV, daylight TV and IR (InfraRed) sensor cameras along with an integrated laser rangefinder that doubles as a laser designator for the direct-guided JDAM munitions.

Operation of an MQ-9 Reaper is accomplished through a series of on-the-ground support vehicles and equipment stations (Ground Control Stations - GCSs). A specially-trained airman flies the Reaper via joystick control, observing the aircraft's activity through a color nose-mounted camera and other in-flight reporting systems. At the very core of any UAV program is this ability to keep allied airmen risk-free from any hostile action over contested territories.

There are plans to succeed the MQ-9 series with the larger, jet-powered, stealth-minded "Avenger" (Predator C) model.©MilitaryFactory.com
Note: The above text is EXCLUSIVE to the site www.MilitaryFactory.com. It is the product of many hours of research and work made possible with the help of contributors, veterans, insiders, and topic specialists. If you happen upon this text anywhere else on the internet or in print, please let us know at MilitaryFactory AT gmail DOT com so that we may take appropriate action against the offender / offending site and continue to protect this original work.

2015 - There were 104 examples of the MQ-9 Reaper in operational service with the United States Air Force.

November 2013 - The Netherlands announced plans to field Reapers by 2017. Four are expected to make up the force. The Dutch join France, Italy, the United Kingdom and the United States and notable operators of the Reaper line.

February 2015 - It was announced that General Atomics had been awarded a $279,144,933 value contract for work on twenty-four MQ-9 Block 5 Reapers as well as associated spares and support equipment. The work is scheduled to be performed at Poway, California and be completed by September 30th, 2017.

December 2015 - The British plan to purchase twenty new MQ-9 Reaper UAVs to fulfill a portion of their "Protector" program. This stock will also succeed the existing inventory of ten MQ-9 drones.

February 2016 - A Reaper crashed at Kandahar Airfield in Afghanistan.

September 2017 - It was announced that the French will begin arming their fleet of Reaper UAVs - which up to this point were used solely in the Intelligence, Surveillance, Reconnaissance (ISR) role. This will mark France as the third nation, behind the United States and the United Kingdom, to feature armed Reaper aircraft.

June 2018 - It was announced that the MQ-9B Sky guardian UAV will be scheduled to make an appearance at the Royal International Air Tatoo in England. The air vehicle will attempt to fly from Grand Forks, North Dakota to RAF Fairford, crossing the Atlantic in the process. The British Royal Air Force has signed on to procure the product and will receive its first example some time in 2023.

November 2018 - The USAF has granted General Atomics a $263 million contract to serially produce its new round of MQ-9 Reapers.

July 2019 - The UK has announced its intention to retire its fleet of Reaper UAVs in 2024 in favor of the newer MQ-9B "Protector" series.

June 2020 - The USAF is actively seeking to replace its aging fleet of MQ-9 UAVs through the once-abandoned, now revitalized, "MQ-X" program. The service has selected 2030 as its target date and seeks a medium-altitude performer with an inherent strike capability.

June 2020 - General Atomics has announced itself as an active contender in the USAF's "MQ-X", or "MQ-NEXT", program seeking a successor its storied - yet aging - line of Predator-related UAVs.

September 2020 - The USAF has been actively testing the feasibility of the MQ-9A with a broadened "Hellfire" Anti-Tank Guided-Missile (ATGM) missile-carrying ability allowing its warload to effectively double while retaining its inherent over-battlefield capabilities.

October 2020 - Reports indicate a U.S. intent to sell MQ-9 UAVs to the island nation of Taiwan.

January 2021 - The USAF has reassigned 90 personnel as well as associated MQ-9 Predator UAVs to Romania to continue supporting NATO operations in and around the region, particularly over the Balkans and in the Black Sea theater.

August 2021 - For the first time, a French MQ-9 Block 5 Reaper has dropped bombs as part of French actions in over Africa through Operation Barkhane.

May 2022 - A Short Take-Off and Landing (STOL) modification will be added to the MQ-9B options lineup.

(Showcased performance specifications pertain to the base General Atomics MQ-9 Reaper (Predator B) production variant. Performance specifications showcased above are subject to environmental factors as well as aircraft configuration. Estimates are made when Real Data not available. Compare this aircraft entry against any other in our database or View aircraft by powerplant type)
Mission-specific ordnance can include any combination of the following across four double-hardpoints: 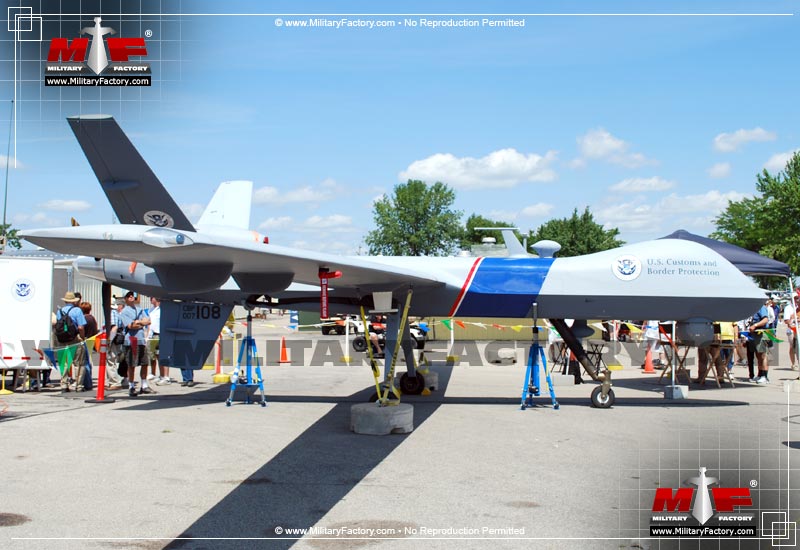 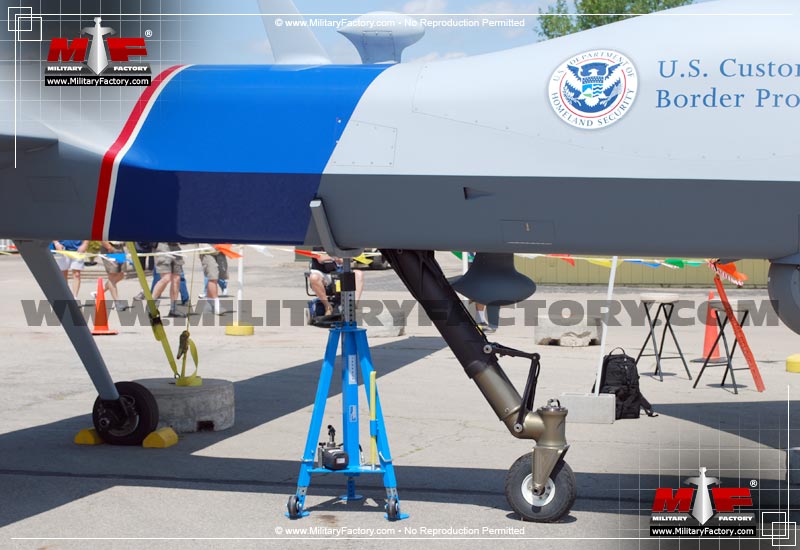 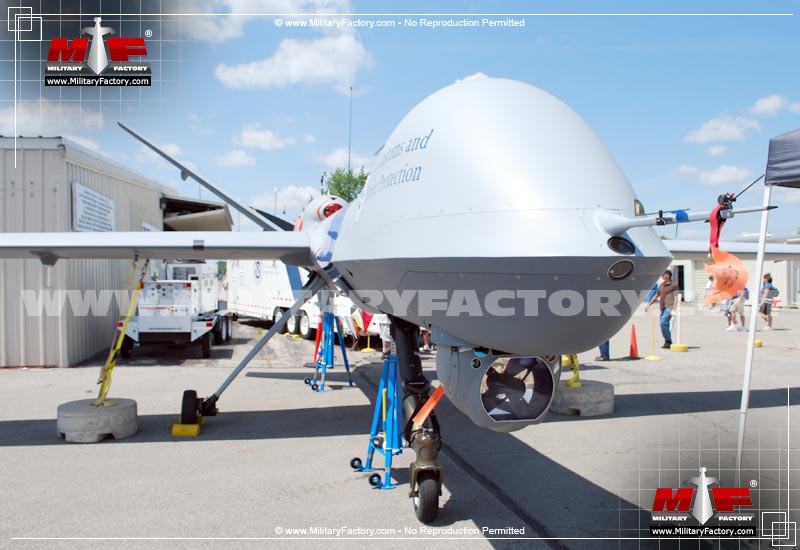 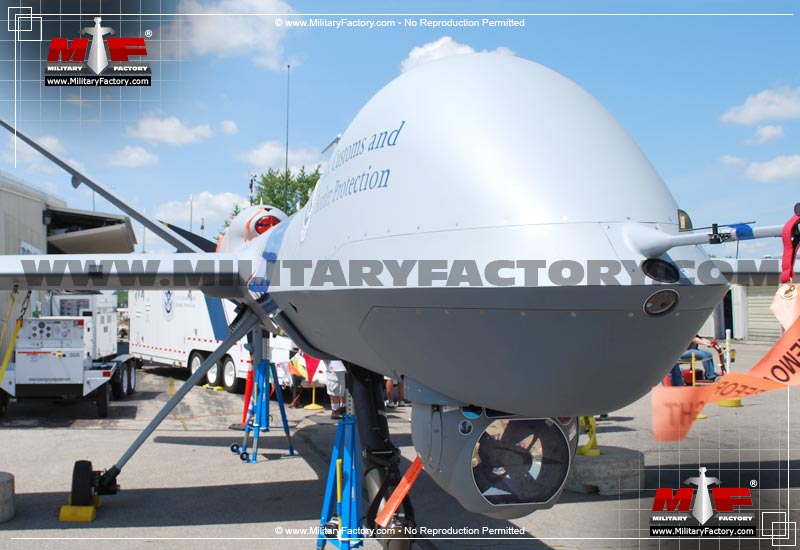 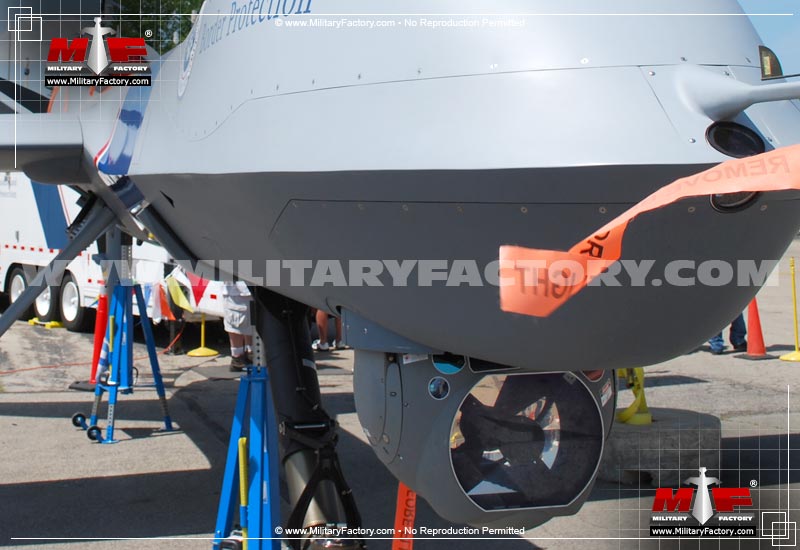 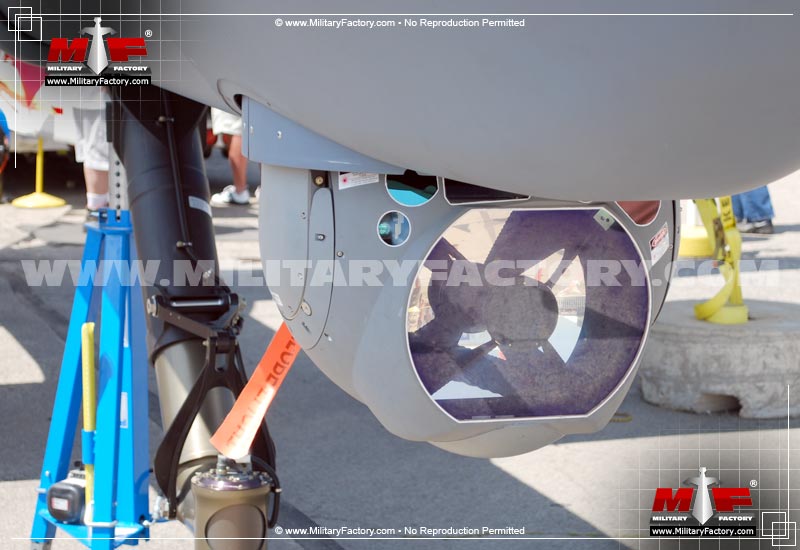 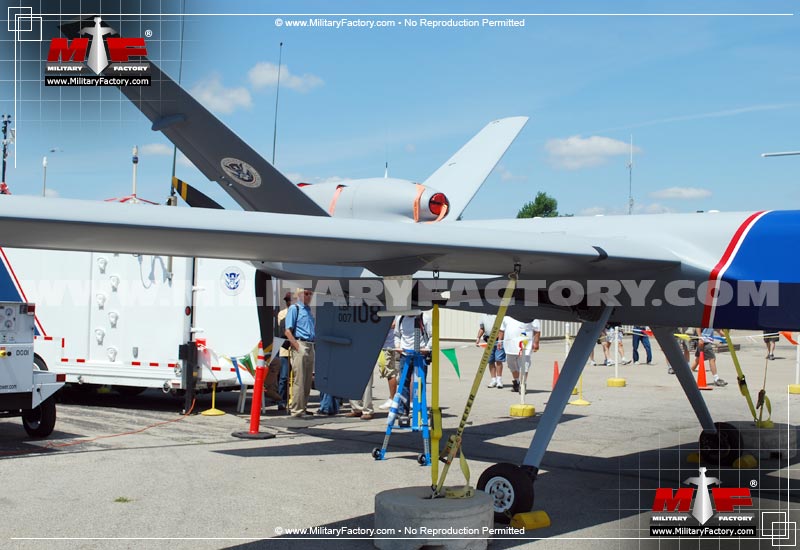 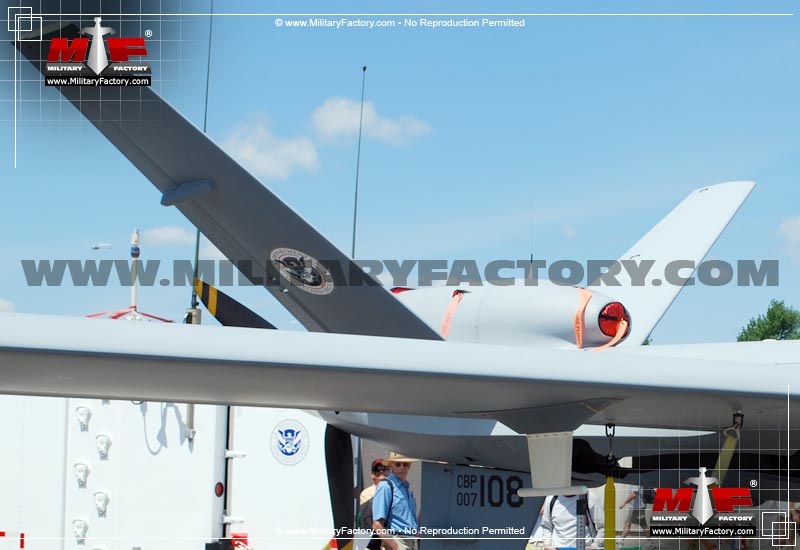 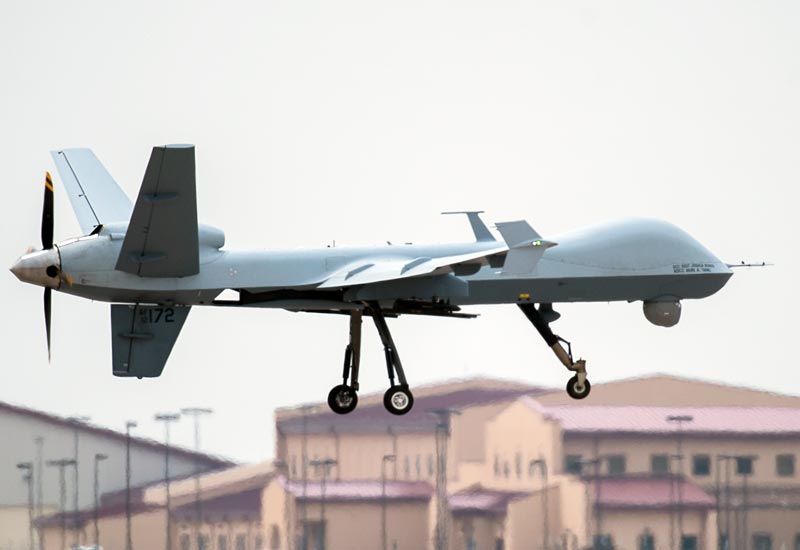 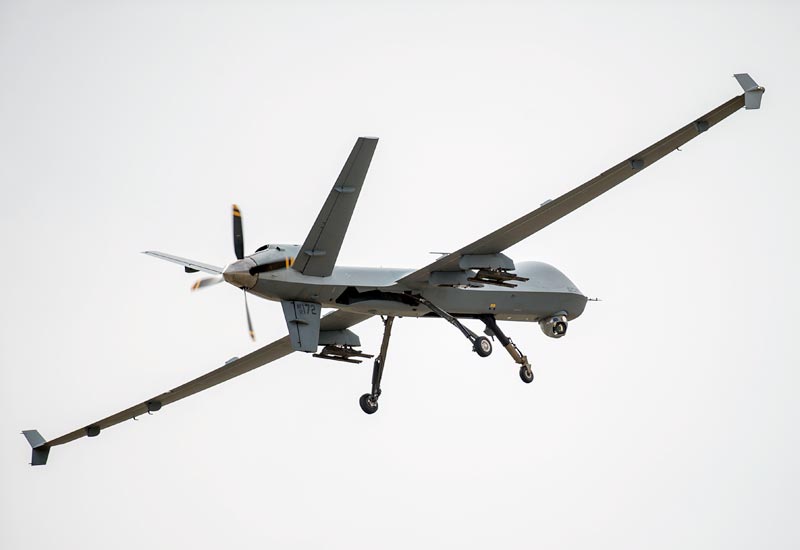 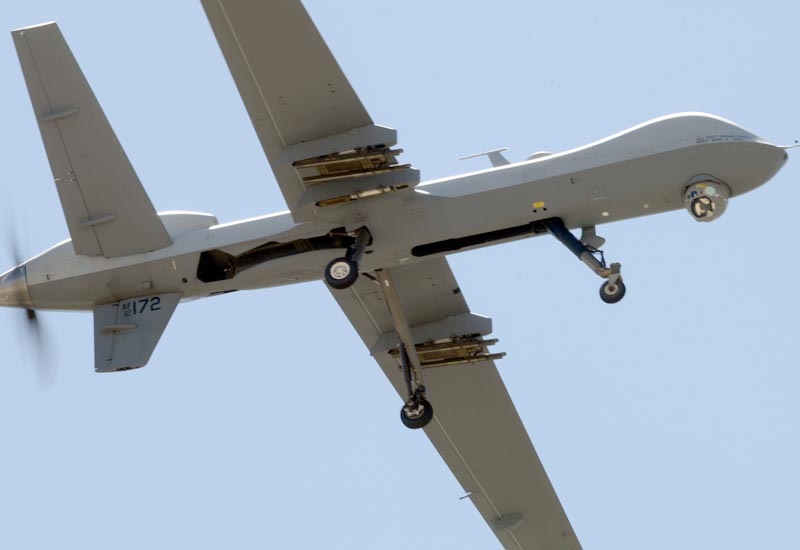 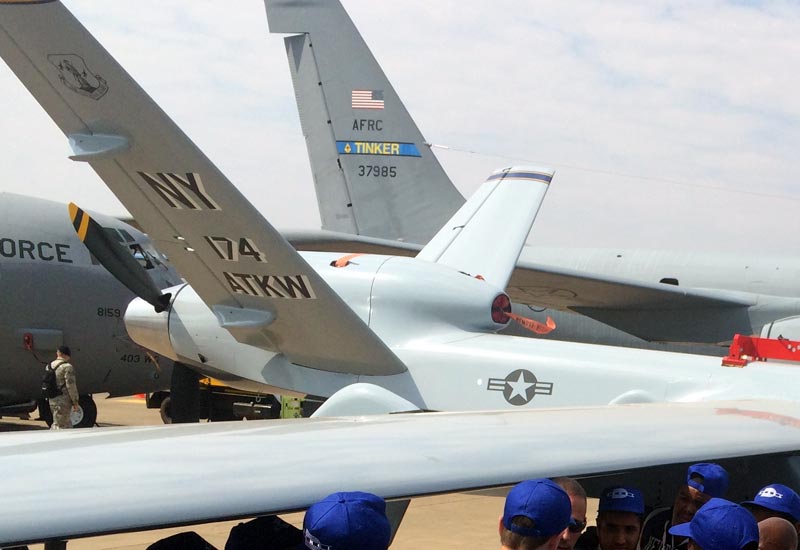 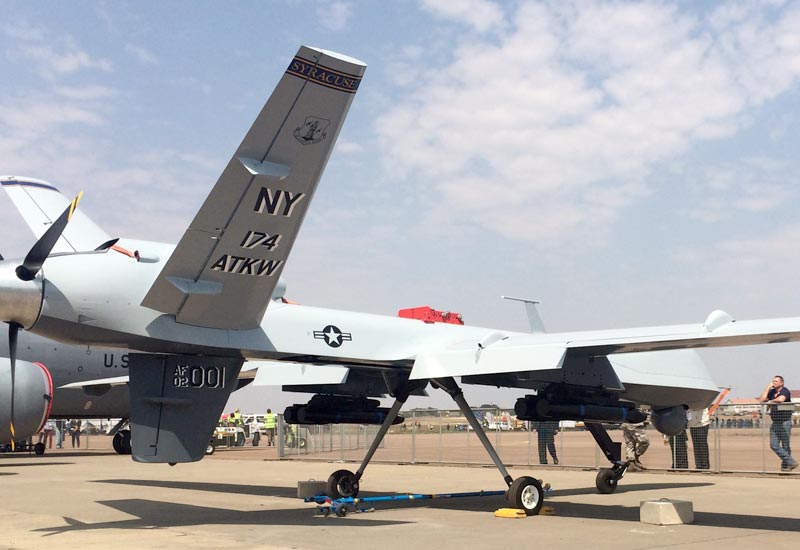 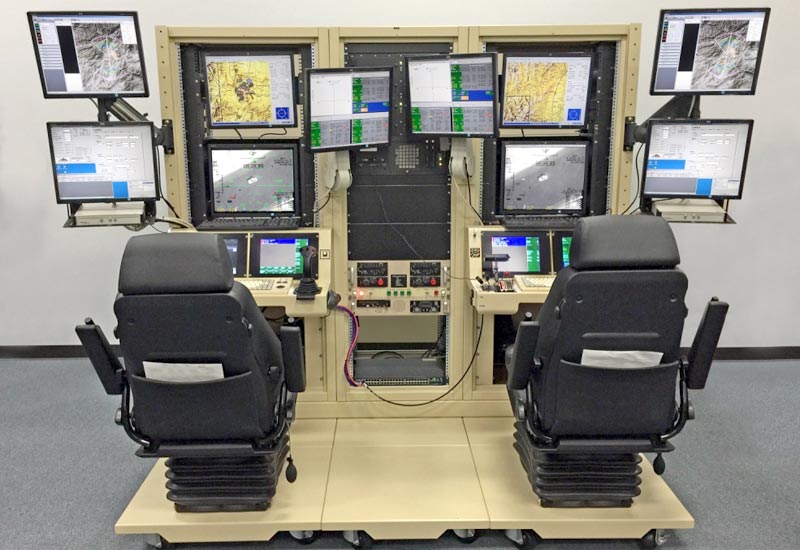