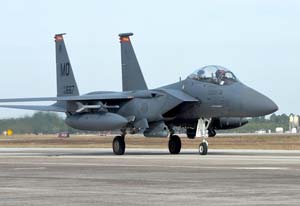 The F-15E "Strike Eagle" is a dual-role version of the highly successful base F-15 air superiority fighter. The Strike Eagle is intended to fulfill both roles of air-to-air superiority and ground strike with the capability to operate in all weather, low altitude and day/night sorties thanks to a battery of improved internal systems. Maintaining the same qualities that have made the original F-15 Eagle before it such a success, the F-15E Strike Eagle incorporates enough new elements to make it stand apart from the preceding designs. As a whole, the Strike Eagle provides the USAF with a system that can fight its way into enemy territory, destroy its assigned ground targets, and then fight its way back out all on its own without the need for dedicated air support elements. The initial F-15A first flew in 1972 with deliveries to the USAF beginning in November of 1974 - eventually including the F-15B model. Improved Eagles emerged as the F-15C and F-15D (two-seat) models and began delivery in 1979. The F-15E followed, seeing first deliveries to the 405th Tactical Training Wing in Arizona by April 1988.

Unlike the original F-15 Eagle design, the Strike Eagle features a two-seat cockpit with tandem seating for the pilot (front seat) and Weapons Systems Officer (rear seat). The forward cockpit is dominated by three multi-function screens capable of showcasing various modes. This is accentuated by the informational Heads-Up Display (HUD) system presented in a transparent glass fixture above the instrument panel. The advanced HUD allows the pilot to keep his eyes on the area ahead without having to look down at the instrument panel as the HUD displays a bevy of flight-related information. Night operations are further enhanced by the HUD, as it can display a clear, seemingly day lit, view of the area ahead. The rear cockpit of the WSO features four large screens that are customizable, allowing the officer to select which monitor will display the desired system mode. These modes run the gamut of weapons, available threats, a real-time moving map, target selection, electronic warfare, radar and various other aircraft systems.

The Strike Eagle is fitted with the powerful APG-70 series radar system. The system allows the pilot to engage any air threats while the weapons system officer concentrates on locating and homing in on ground targets of opportunity - all occurring at the safety of long range. A Global Positioning System allows for real-time navigation and situational updates to be processed into a central onboard computer. Both cockpits have access to the digital onboard map.

LANTIRN (Low-Altitude Navigation and Targeting Infrared for Night) system is what allows the Strike Eagle the ability to fly in low altitudes through adverse weather and at night. This system also allows the aircraft to still target and engage enemy targets regardless of the interference being presented by the amount of daylight or the weather. The LANTIRN system is made possible by the use of two underfuselage pods consisting of a targeting system and a navigational system. The targeting system naturally handles the targeting of designated targets and relays this information to the other onboard computer systems, (including armaments). The navigational pod utilizes a terrain-following system allowing for assisted low level flight.

Strike Eagles are powered by a pair of Pratt & Whitney F100-PW-220 or 229 series engines of about 25,000lbs and 29,000lbs thrust each respectively with afterburner capability. The engines provide for a combined power output of 50,000lbs of thrust with the 220 series engines and 58,000lbs of thrust with the 229 series engines. The engines were integrated with advanced technology to the rest of the aircraft through a digital electronic engine control system. The base F-15 design featured a high engine thrust-to-weight ratio, allowing the aircraft to accelerate even in a steep climb. This capability is retained in the E-model.

As a dual-role performer, the Strike Eagle was envisioned to carry a collection of munitions for both the air-to-air or air-to-surface role. As such, the system can field most any of the available USAF munitions as needed. This provides the USAF with a multi-role platform capable of handling many different types of mission sorties as needed with little modification. Standard armament is a 20mm multi-barrel cannon with 500 rounds of ammunition For short-range, air-to-air engagements, the Strike Eagle is armed with the AIM-9 (M-model) Sidewinder missile. Medium air-to-air engagements can be attacked by using the AIM-7 (F/M-models) Sparrow missiles and its successor - the AIM-120 AMRAAM (Advanced Medium Range Air-to-Air Missile).The Strike Eagle can mount 4 x AIM-9 Sidewinders and 4 x AIM-7 Sparrows or 8 x AIM-120 AMRAAM missiles in a typical arrangement. The air superiority component inherent in the base F-15 design carries over into the F-15E models. Due to the designs low-wing loading, maneuverability is not sacrificed, allowing the aircraft the ability to complete tight turns without much loss to airspeed.©MilitaryFactory.com
Advertisements

Air-to-surface sorties for the F-15E can be fulfilled through any nuclear or conventional USAF weapon available including air-to-surface missiles (AGM-65 Maverick), Laser-Guided Bombs, conventional drop bombs and area denial weapons. Underfuselage hardpoints can also be reserved by 2 x 750 gallon fuel tanks to further enhance the range of the Strike Eagle. These tanks are designed as low-drag conformal systems intended to not detract from the sleek aerodynamic contours of the base airframe.

Performance of this excellent aircraft include a top speed of Mach 2.5 plus (1,875 miles per hour), a range of 2,400 miles and a ceiling of 60,000 feet. Fuel capacity is equal to 35,550lbs when sporting the conformal fuel tanks with 3 x external fuel tanks. The maximum take-off weight for the aircraft is listed at 81,000lbs. The principle contractor is McDonnell Douglas Corporation, today, a subsidiary of The Boeing Company. The Strike Eagle is operated by the United States, Israel, South Korea, Saudi Arabia and Singapore.

Operation Deny Flight and Operation Allied Force was another no-fly zone initiative in which the Strike Eagle performed in. Serb ground targets in the conflict were met with a collection of guided and unguided bombs as needed, though Strike Eagle pilots kept a watchful eye on the many surface-to-air missile systems dotted across the battlefield (an F-117 Nighthawk stealth fighter had been lost to such previously).

Despite its roots in the 1970's, the F-15 Eagle series as a whole will live on for some time thanks to its versatility, allowing for it to evolve with new requirements being passed down. The Strike Eagle owns a distinct advantage in retaining those qualities from its famous F-15 fighter pedigree without loss to performance even when considering the loads the airframe is under during long range heavy strike sorties. With this in mind, it will be of some time before the Strike Eagle (or Eagle for that matter) is replaced in frontline service world wide.

As with the F-15C fleet currently in USAF service, the F-15E is expected to join a Boeing-led upgrade program to modernized the line for service into 2040 (announced in March of 2015). This is due to delayed delivery of the Lockheed F-35 Lightning II series and limited availability of the Lockheed F-22 Raptor 5th Generation Fighters. About 413 F-15C and F-15E aircraft will be part of the initiative.©MilitaryFactory.com
Note: The above text is EXCLUSIVE to the site www.MilitaryFactory.com. It is the product of many hours of research and work made possible with the help of contributors, veterans, insiders, and topic specialists. If you happen upon this text anywhere else on the internet or in print, please let us know at MilitaryFactory AT gmail DOT com so that we may take appropriate action against the offender / offending site and continue to protect this original work.

November 2016 - The U.S. government has approved a deal for the sale of seventy-two F-15QA Strike Eagles to Qatar.

January 2017 - The Saudi Air Force has received its first F-15SA (a version of the Strike Eagle) for operational service. Some 84 total aircraft are planned in the deal.

(Showcased performance specifications pertain to the Boeing F-15E Strike Eagle production variant. Performance specifications showcased above are subject to environmental factors as well as aircraft configuration. Estimates are made when Real Data not available. Compare this aircraft entry against any other in our database or View aircraft by powerplant type)
STANDARD:
1 x 20mm M61A1 20mm internal Gatling-style cannon

Mission-specific armament can include a combination of any of the following munitions:

Any air-to-surface weapon in the Air Force inventory (including both nuclear and conventional) including Maverick missiles, laser-guided bombs, guided munitions, and unguided / drop / "dumb" bombs up to 23,000lb.

General Assessment
Firepower
Performance
Survivability
Versatility
Impact
Values are derrived from a variety of categories related to the design, overall function, and historical influence of this aircraft in aviation history.
Overall Rating
The overall rating takes into account over 60 individual factors related to this aircraft entry.
98
Rating is out of a possible 100 points.
Firepower Index (BETA) 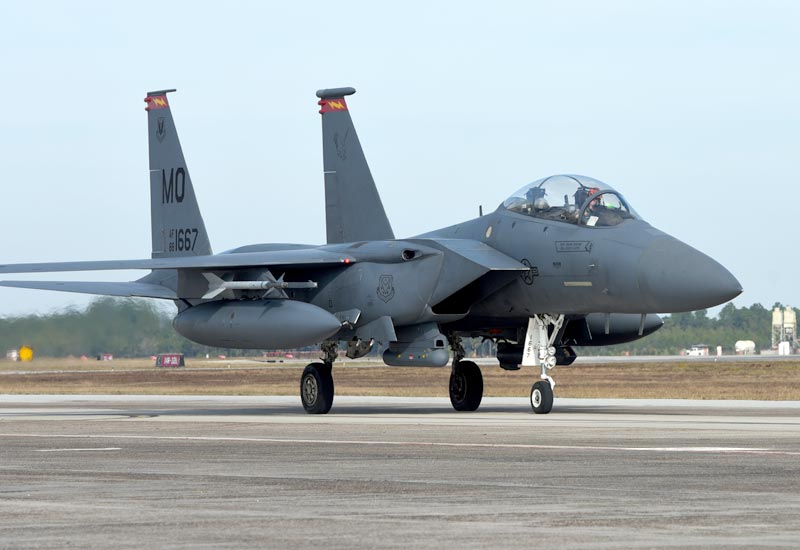 Image from the Department of Defense DVIDS imagery database.
2 / 12 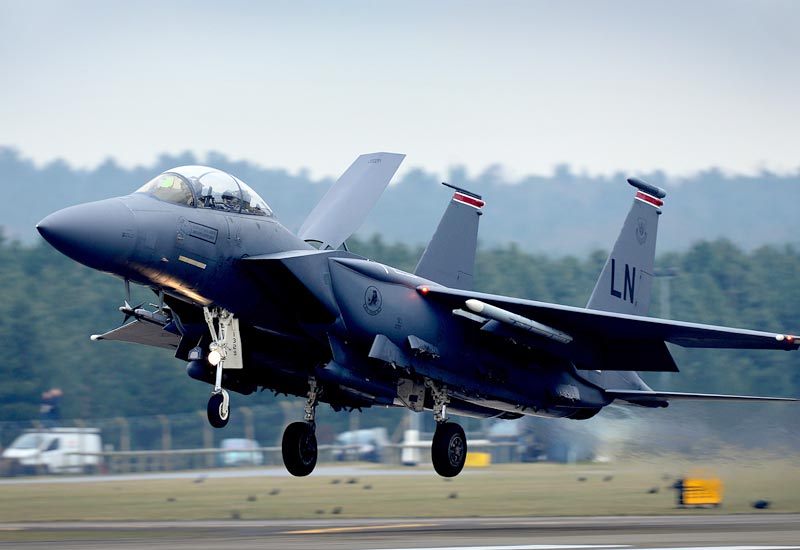 Image from the Department of Defense DVIDS imagery database.
3 / 12 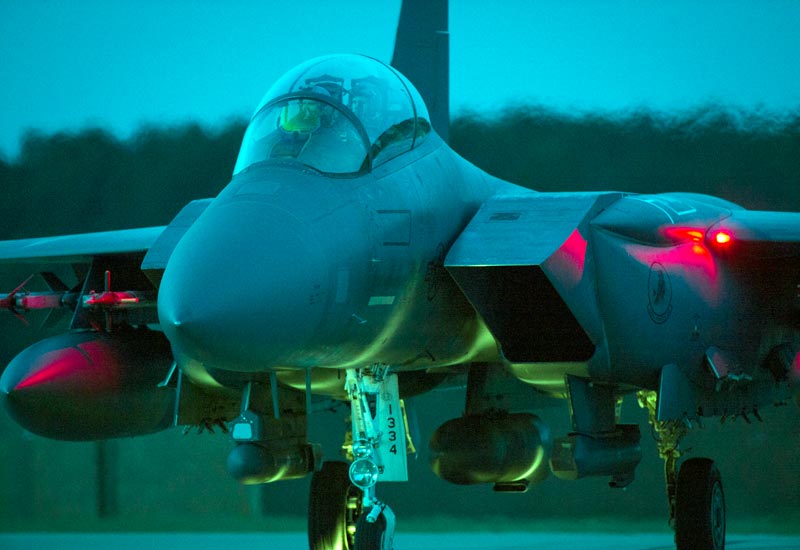 Image from the Department of Defense DVIDS imagery database.
4 / 12 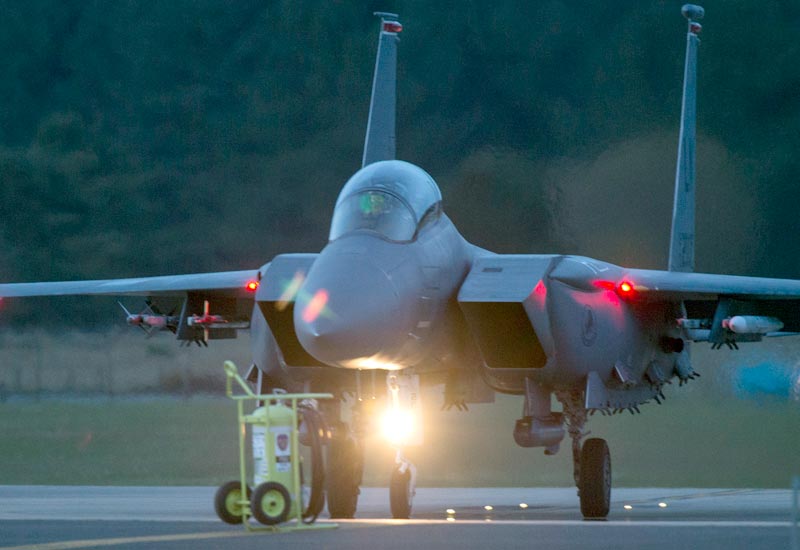 Image from the Department of Defense DVIDS imagery database.
5 / 12 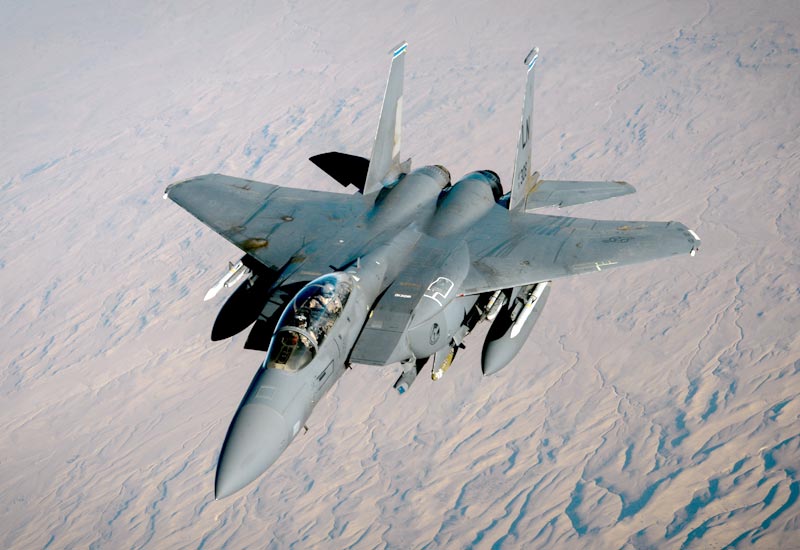 Image from the Department of Defense DVIDS imagery database.
6 / 12 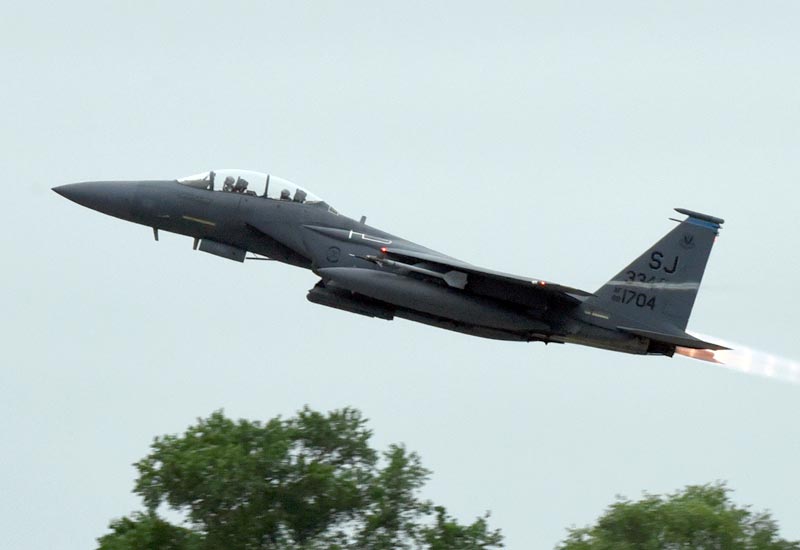 Image from the Department of Defense DVIDS imagery database.
7 / 12 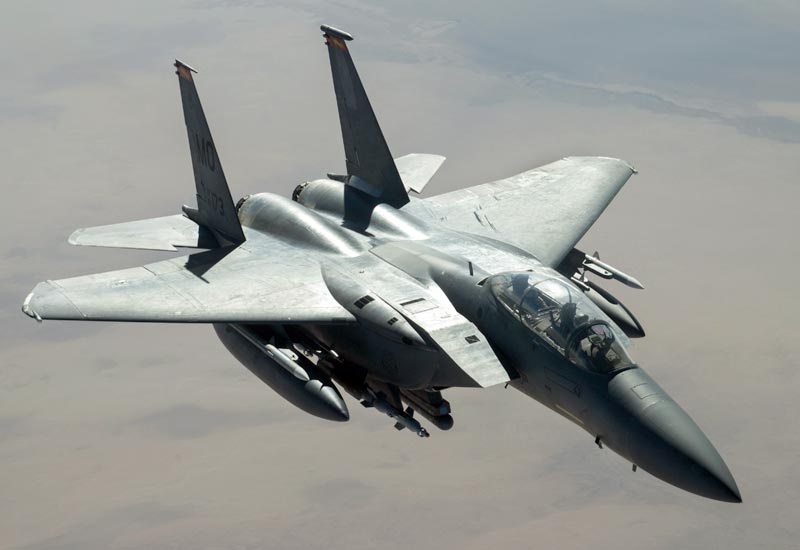 Image from the Department of Defense DVIDS imagery database.
8 / 12 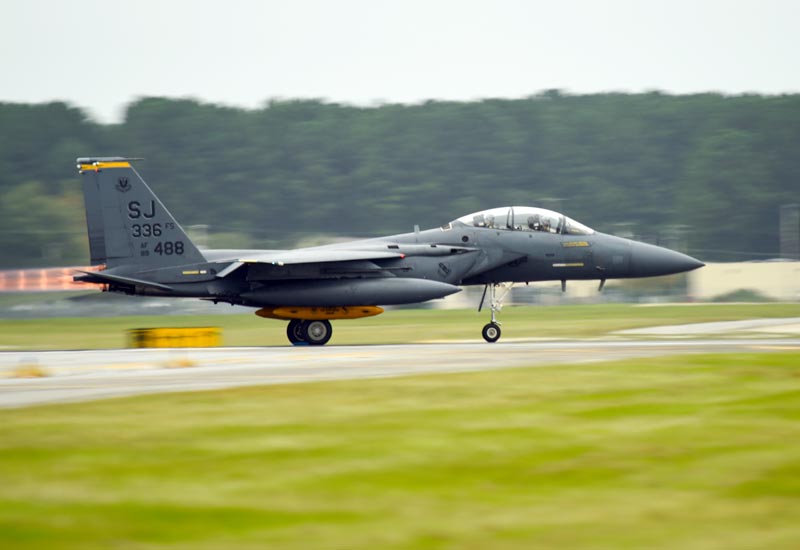 Image from the Department of Defense DVIDS imagery database.
9 / 12 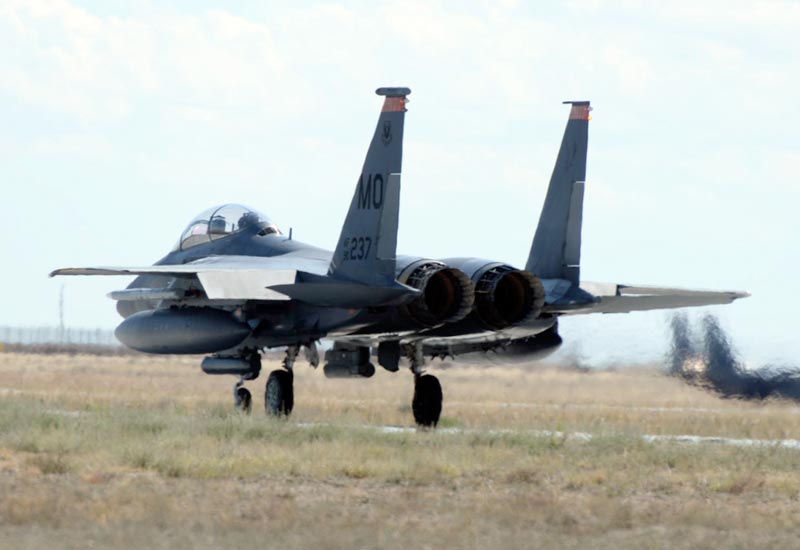 Image from the Department of Defense DVIDS imagery database.
10 / 12 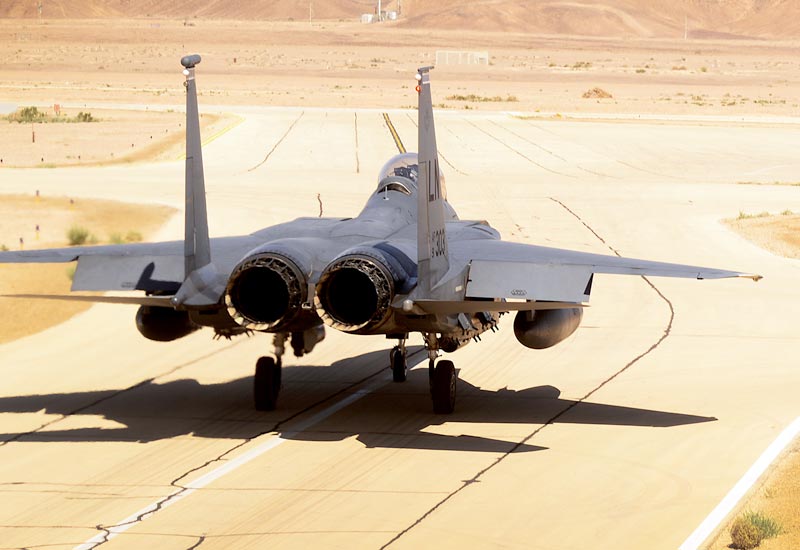 Image from the Department of Defense DVIDS imagery database.
11 / 12 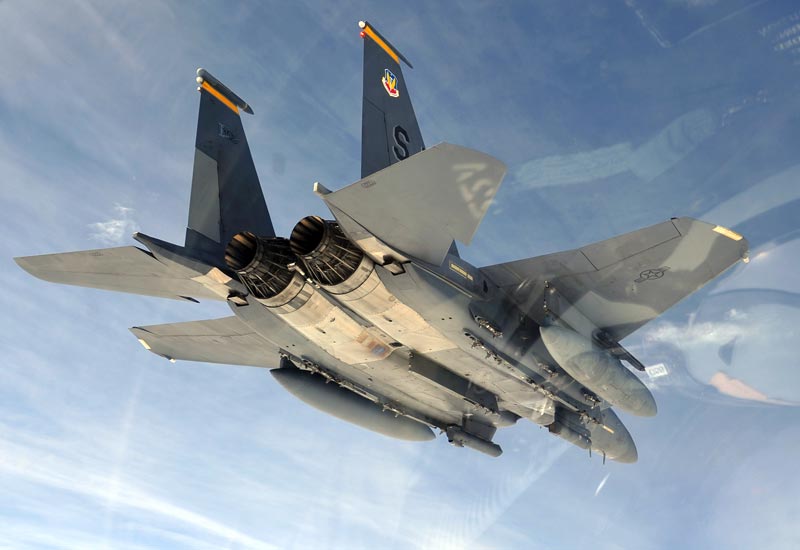 Image from the Department of Defense DVIDS imagery database.
12 / 12 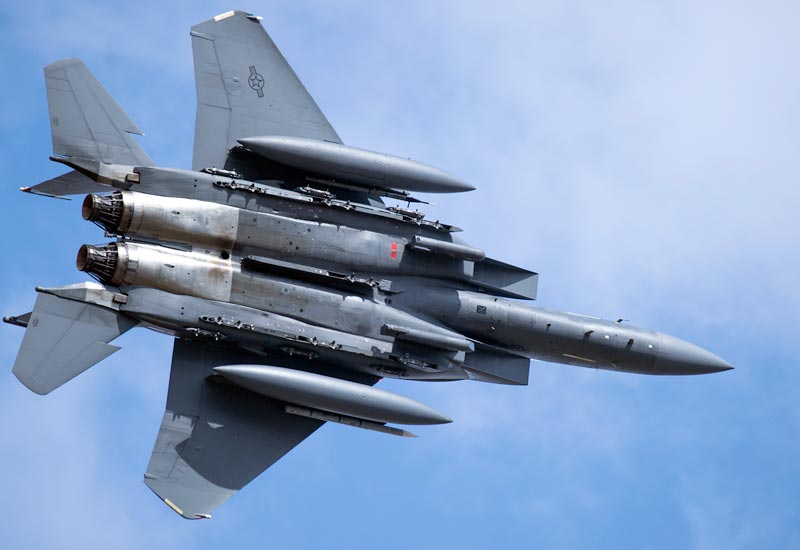