Authored By: Staff Writer | Last Edited: 06/04/2019 | Content ©www.MilitaryFactory.com | The following text is exclusive to this site. 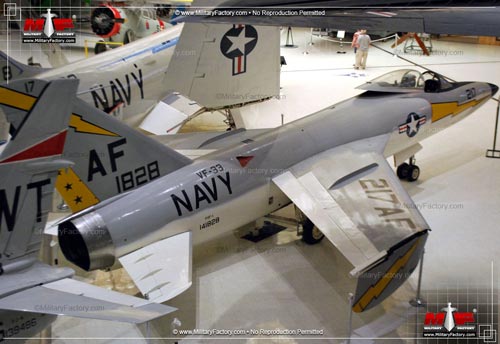 The United States Navy maintained its reliance on aircraft designed, developed and produced by the Grumman concern from pre-World War 2 into the modern age. Grumman provided the F4F Wildcat single-seat, piston-engined fighter during the early going of World War 2 and then added the excellent F6F Hellcat to the USN stable before the end. The twin-engined F7F Tigercat and high-speed F8F Bearcat then followed in the post-war years to which the upcoming jet age brought about Grumman's first of the type in the F9F Panther, this evolved into the equally useful F9F Cougar. It was only fitting that further development begat the F11F Tiger which was initially born of the Panther/Cougar line and became a dimensionally smaller and lighter carrier-based day fighter (the Grumman fighter line of course culminated with the Cold War-era swing-wing, two-seat, twin-engined fighter in the F-14 Tomcat).

Consistent across all of the Grumman carrier-borne offerings were folding wings, tail arrestor hooks and reinforced undercarriages - as well as the "cat" name. The F11F Tiger began as a private venture endeavor on the part of Grumman in 1952, building upon the F9F Cougar which was, itself, a swept-wing form of the original F9F Panther fighter. The Panther managed combat service in the Korean War (1950-1953) as a ground attack jet platform so it provided the proven pedigree. The primary goal was to produce the smallest possible airframe around a rather powerful turbojet installation with the intend being a high-speed aerial combat mount principally to counter emerging Soviet fighter threats of the period.

Grumman undertook its new supersonic initiative as the "Model G-98". This mated a tubular, aerodynamically refined fuselage with mid-mounted swept main wing assemblies and swept tail planes (all-moving). A portion of the main wings were also hinged to fold downwards for storage on the space-strapped American carriers. Folding was accomplished manually so no expensive and complicated powered hinged systems were required. There proved a single vertical rudder and two side-mounted intakes aspirating the single turbojet engine within. The powerplant of choice was the Wright J65 turbojet engine (the license-produced British Armstrong Siddeley Sapphire) buried in the center-aft portion of the fuselage. The undercarriage was a tricycle arrangement with two single-wheeled main legs under the fuselage and a twin-wheeled nose leg at front. The cockpit was fitted well-forward in the design with a two-piece canopy and light framing. Despite its origination in the Cougar, the G-98 became an all-new aircraft design after the substantial changes were implemented.

Grumman then presented its new design to the United States Navy which elected to order a pair of prototypes under the "XF9F-8" designation (note the F9F Panther/Cougar connection in the designation). When the upcoming F9F "Cougar" was formally fleshed out, that particular design was handed the XF9F-8 designation and the new Grumman concept became the "XF9F-9". Construction of G-98-based prototypes then proceeded with the first prototype recording its initial flight on July 30th, 1954. As the J65 afterburning engine was not yet ready for prime time, the XF9F-9 went airborne with a more modest, non-afterburning powerplant yet still managed a solid presentation, proving the airframe sound. The new aircraft was then bestowed the formal USN designation of F11F "Tiger" in April of 1955 with initial production models to arrive as "F11F-1". The first USN carrier to receive an F11F was the USS Forrestal though this during the requisite carrier trials. Development of the F11F was, for the most part, fraught with delays and tribulations - a lower-powered turbojet was eventually adopted for production quality aircraft simply to bring the Tiger into operational service rather than extend its expensive development cycle.
Advertisements

The F11F airframe showcased a running length of 47 feet with a wingspan of 31 feet, 7.5 inches and overall height of 13 feet, 3 inches. Empty weight was approximately 13,800lbs with a maximum take-off weight (MTOW) of 23,500lbs. The type was powered by the Wright J65-W-18 turbojet engine developing 7,400lbs of thrust (dry) and 10,500lbs of thrust when utilizing afterburner (essentially raw fuel pumped into the exhaust for short bursts of speed). Maximum speed was Mach 1.1, roughly 727 miles per hour with a typical cruising speed of 577 miles per hour. The aircraft could reach a service ceiling of 49,000 feet through a 16,300 feet per minute rate of climb. Operational range was limited to 1,275 miles. Standard armament for the aircraft included 4 x 20mm Mk 12 cannons with 125 projectiles afforded each gun. The airframe was also given four underwing hardpoints for the carrying of high-explosive rockets, fuel drop tanks or the AIM-9 Sidewinder short-range air-to-air missile. As the Tiger was primarily conceived of as a fighter, it lacked any conventional bomb provisions.

The F11F Tiger was formally introduced into USN service in 1956 and formed the standard fighter mount of US Navy groups across seven carriers (including the USS Forrestal). 200 of the type would be built in all and a dedicated camera-armed reconnaissance model - the "F11F-1P" - was ordered in an anticipated 88 examples. The F11F also became the mount of choice for the "Blue Angels" aero-acrobatic performing team, this from 1957 into 1968. Early production F11Fs were noted for their shorter nose assemblies when compared to latter batches. In all, it was expected that the USN would procure approximately 430 F11F Tigers.

Ultimately, seven squadrons were formed on the seven Navy carriers and operations spanned the Atlantic and Pacific oceans. Pilots generally enjoyed their Tiger mounts and noted their fair handling qualities while mechanics thought the airframe relatively easy to maintain. However, the Tiger was to live a short operational service life, primarily due to performance issues through their generally unreliable powerplants. Additionally, their afterburning aspect led to unacceptable limited ranges, particularly when carrier groups were expected to operate over vast swathes of open sea. The USN's unhappiness with their new fighters ultimately led to the cancellation of the reconnaissance variant, limiting total production of the fighter types to the several hundred fighter airframes. Despite its rather recent introduction in 1956, the aircraft was quickly retired from frontline service as early as 1961. By this time, the branch has begun utilizing the Vought F-8 Crusader in number and would eventually take on stocks of the excellent McDonnell Douglas F-4 Phantom II fighter. The F11F continued for a short time longer in training roles before being given up for good by 1969.

In 1962, all US aircraft were redesignated under a new naming conventional and this therefore meant that all previous F11F aircraft now became the simpler "F-11" and the original F11F-1 fighter mounts were therefore known as "F-11A".

Grumman intended to shore up the limitations in its F11F series through further development of the airframe around the General Electric J79-GE-3A turbojet engine as the company Model G-98J. However, US Navy interest was minimal and only two of the type - known as the F11F-1F "Super Tiger" - were ever completed.

The F11F/F-11 was never exported.
Advertisements

General Assessment
Firepower
Performance
Survivability
Versatility
Impact
Values are derrived from a variety of categories related to the design, overall function, and historical influence of this aircraft in aviation history.
Overall Rating
The overall rating takes into account over 60 individual factors related to this aircraft entry.
64
Rating is out of a possible 100 points.
Relative Maximum Speed
Hi: 750mph
Lo: 375mph
This entry's maximum listed speed (750mph). 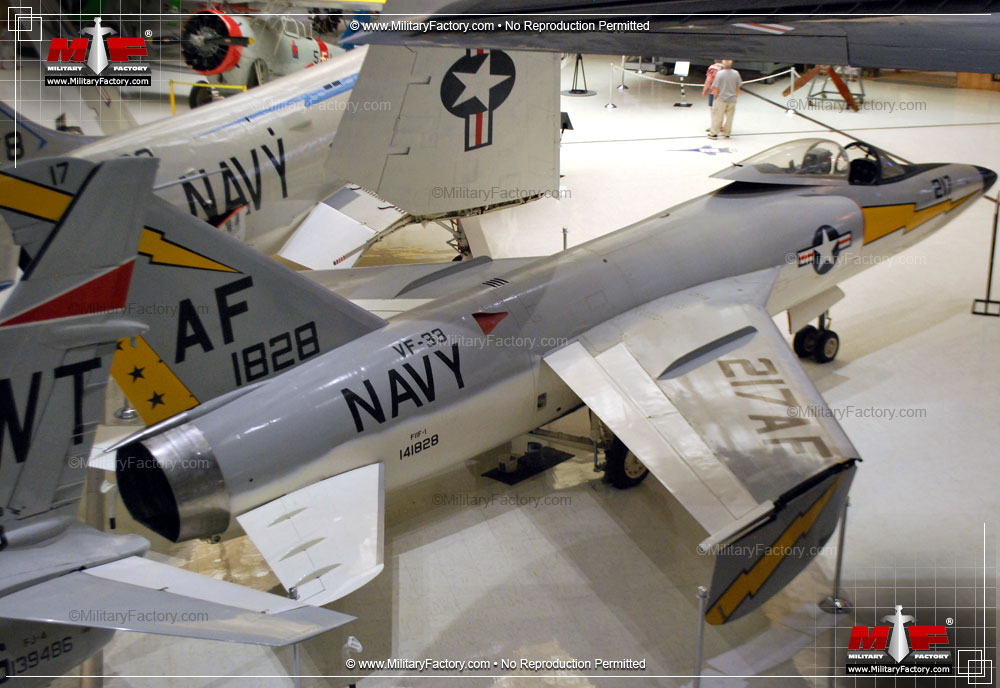 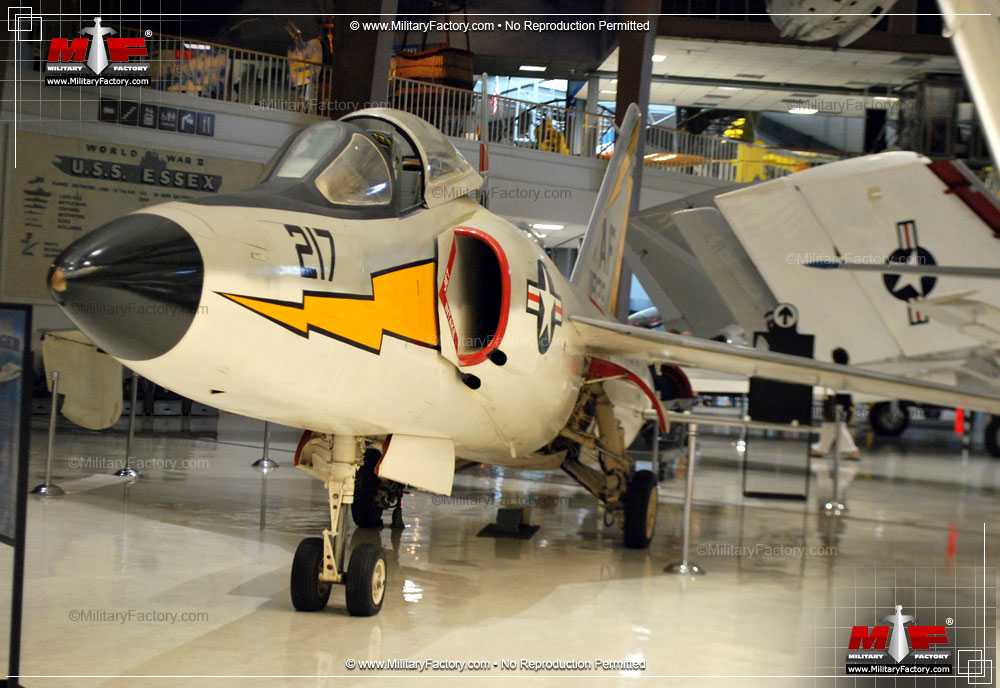 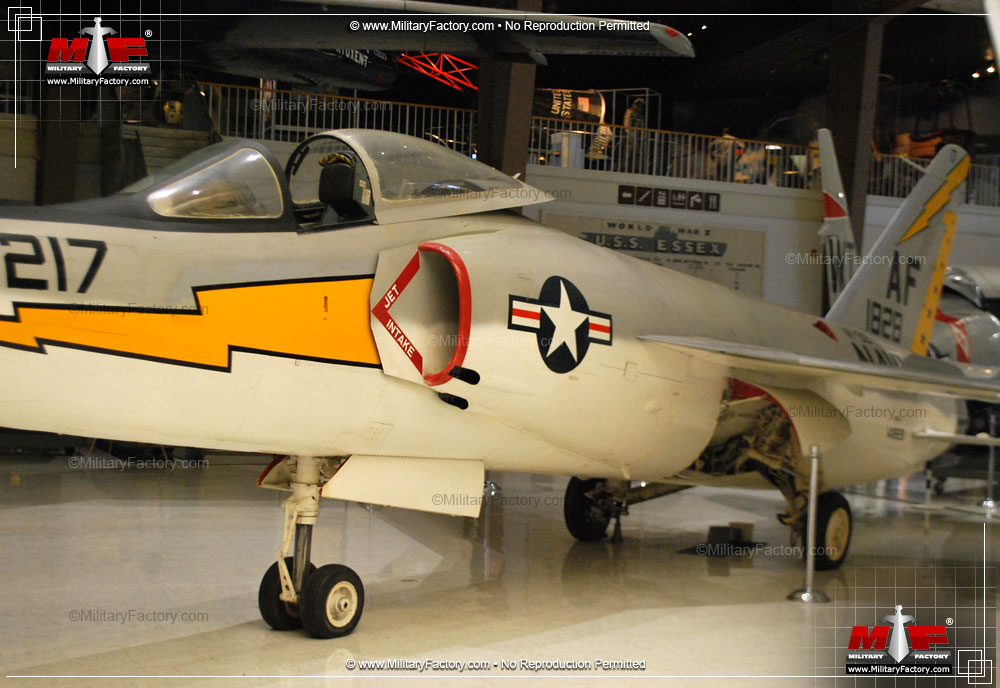 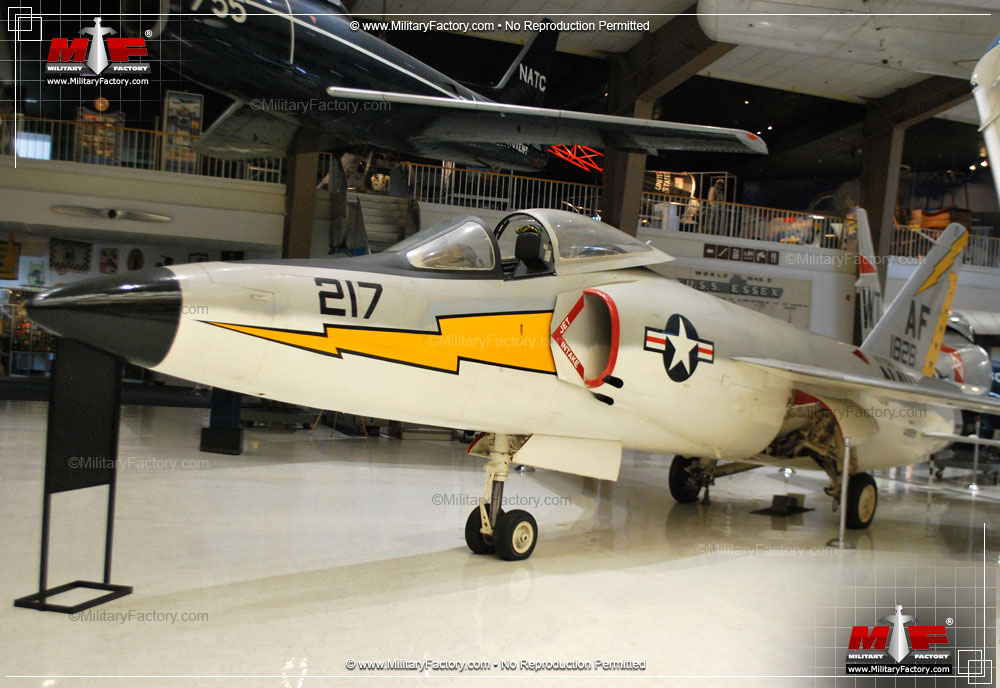 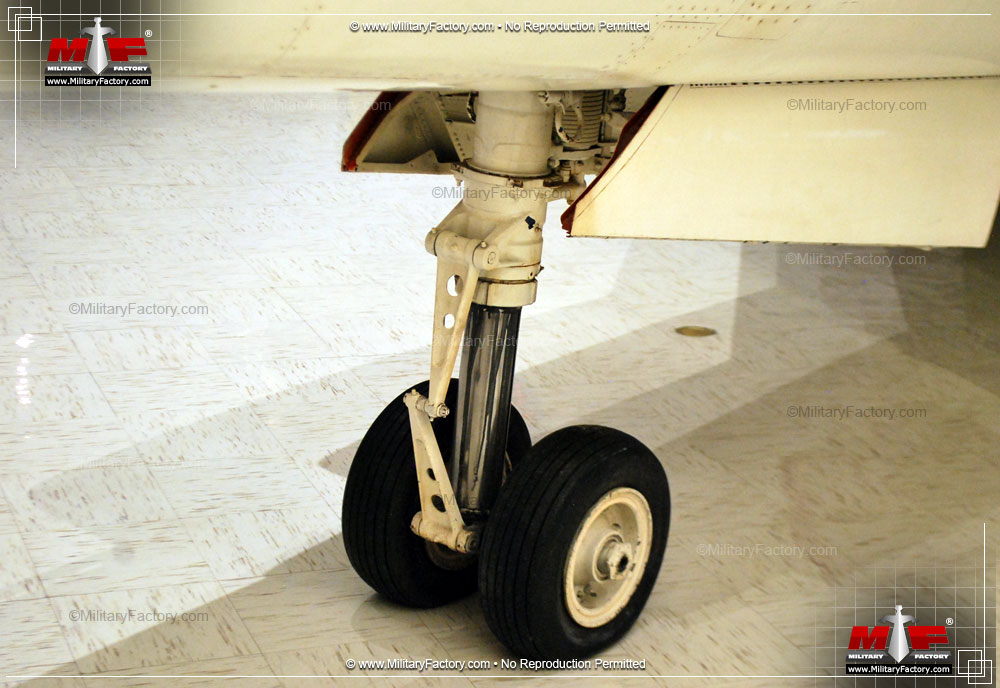 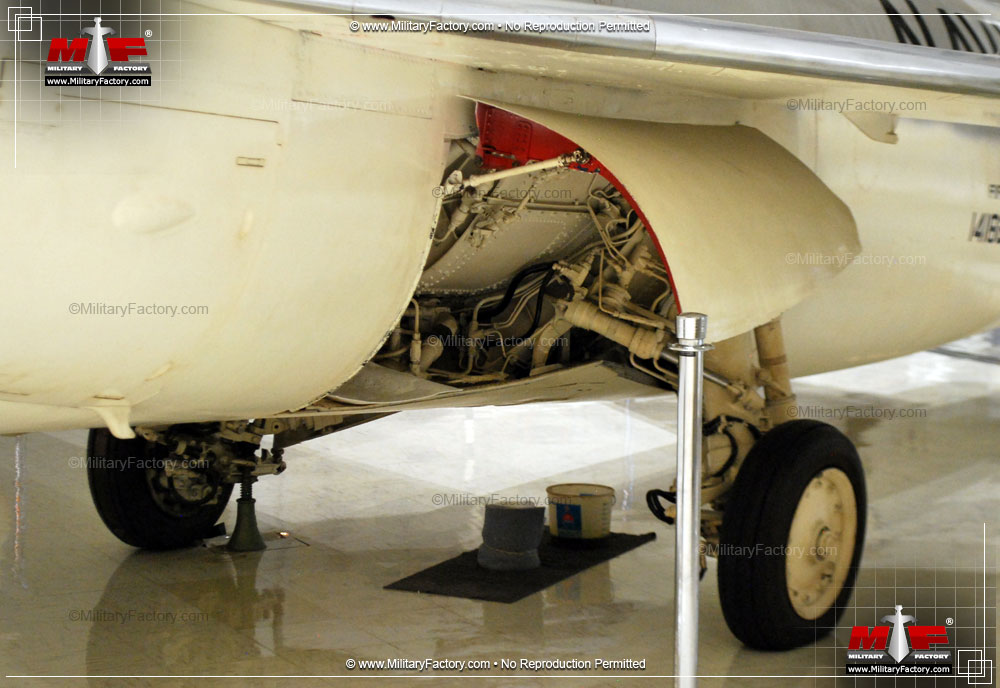 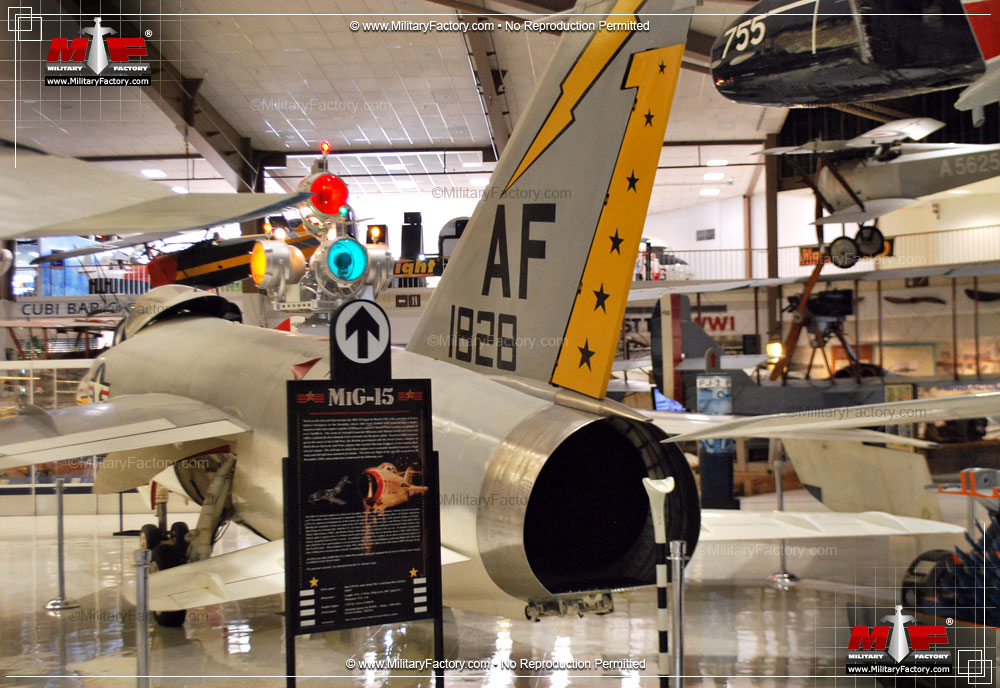 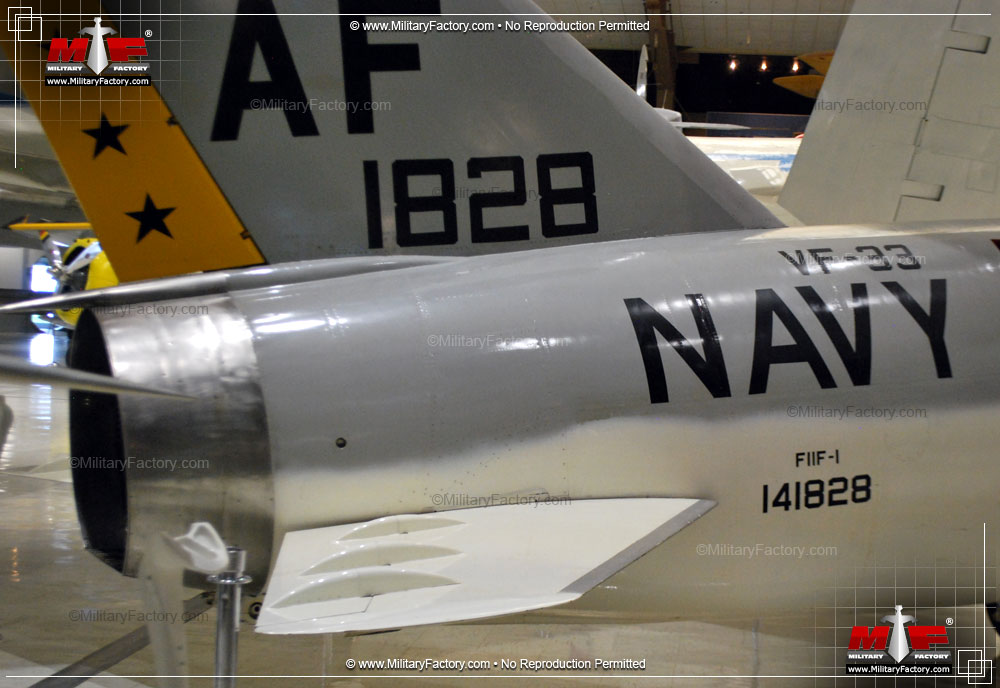 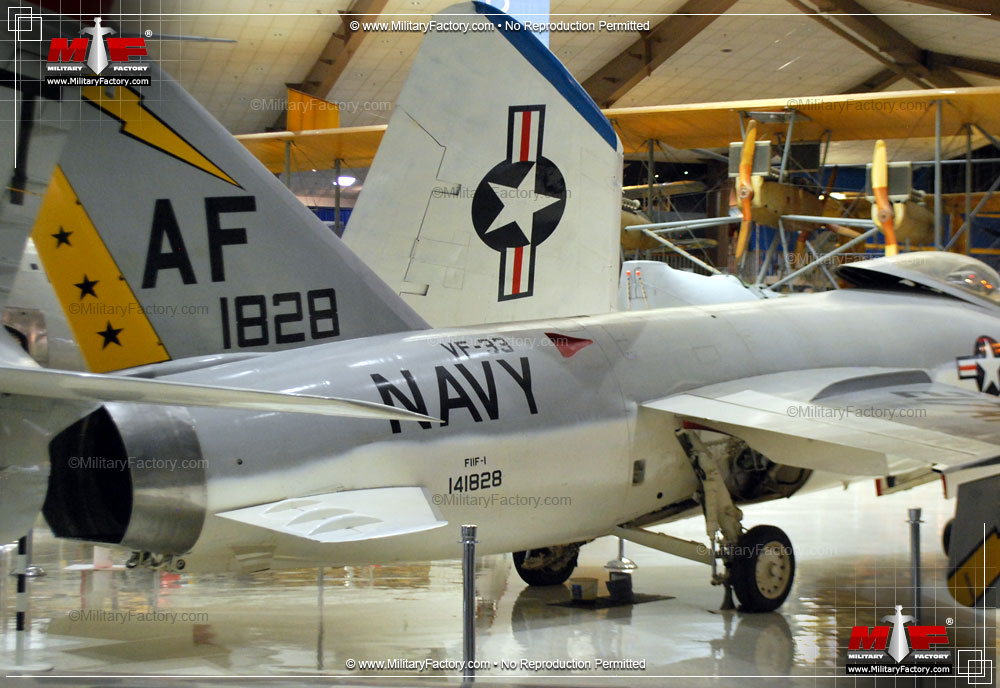 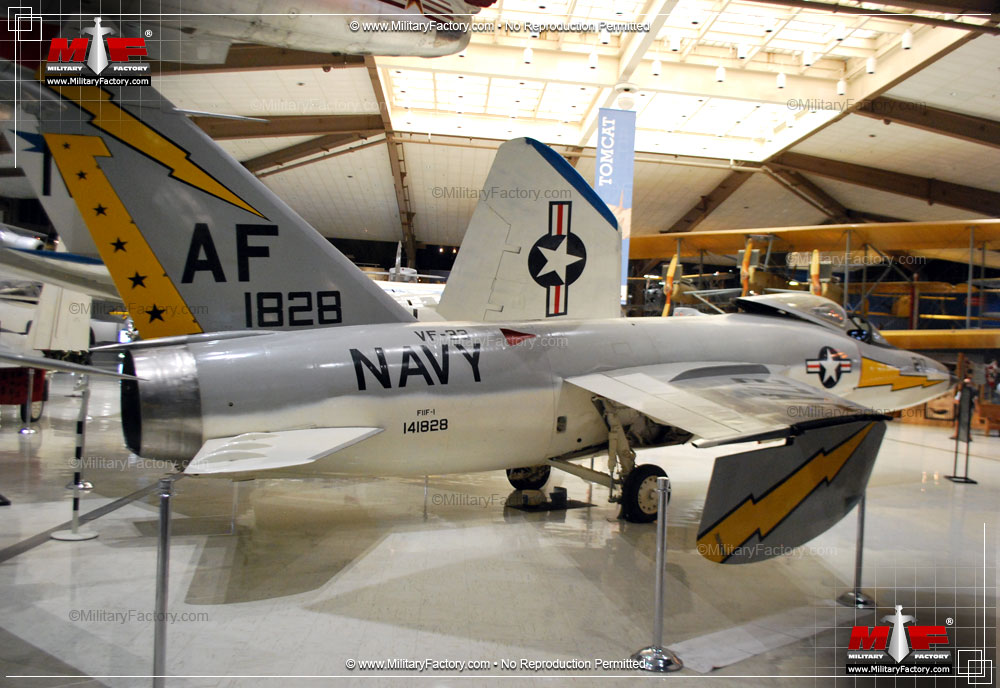 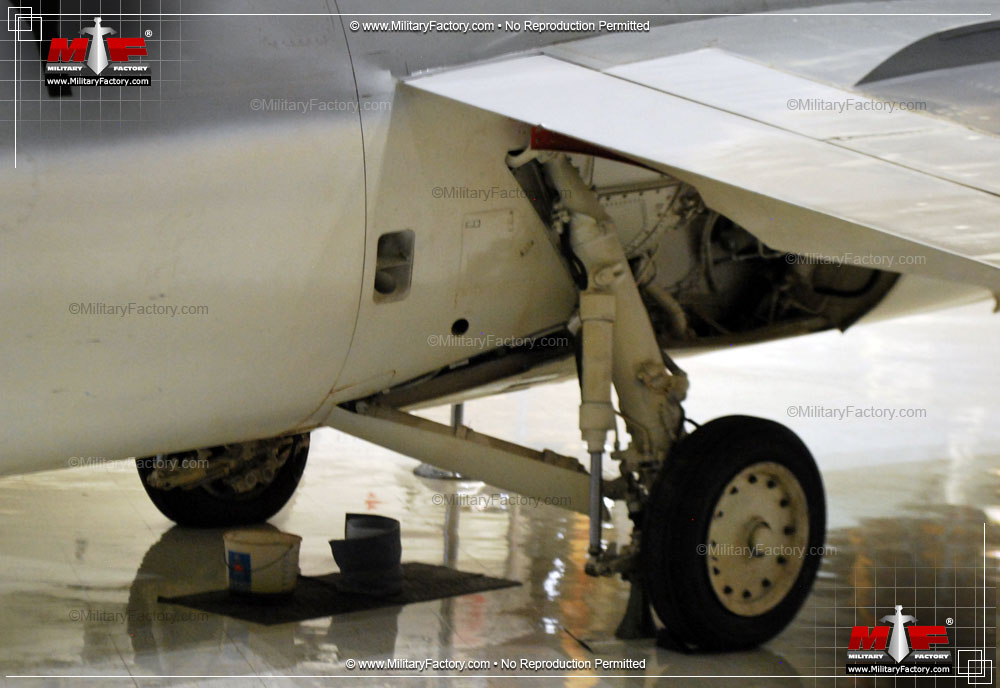 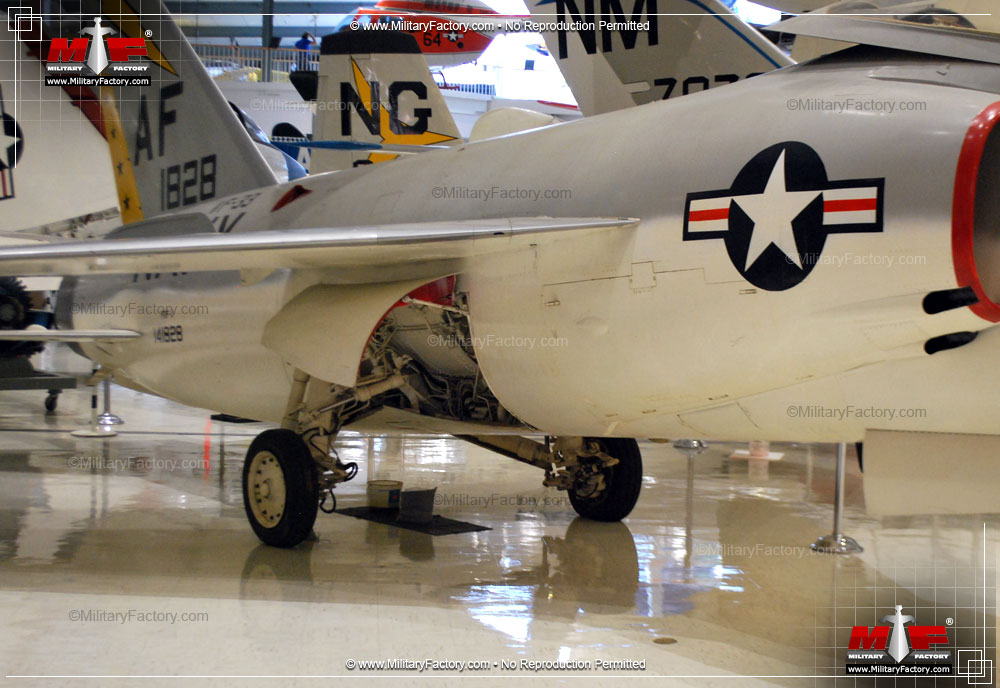 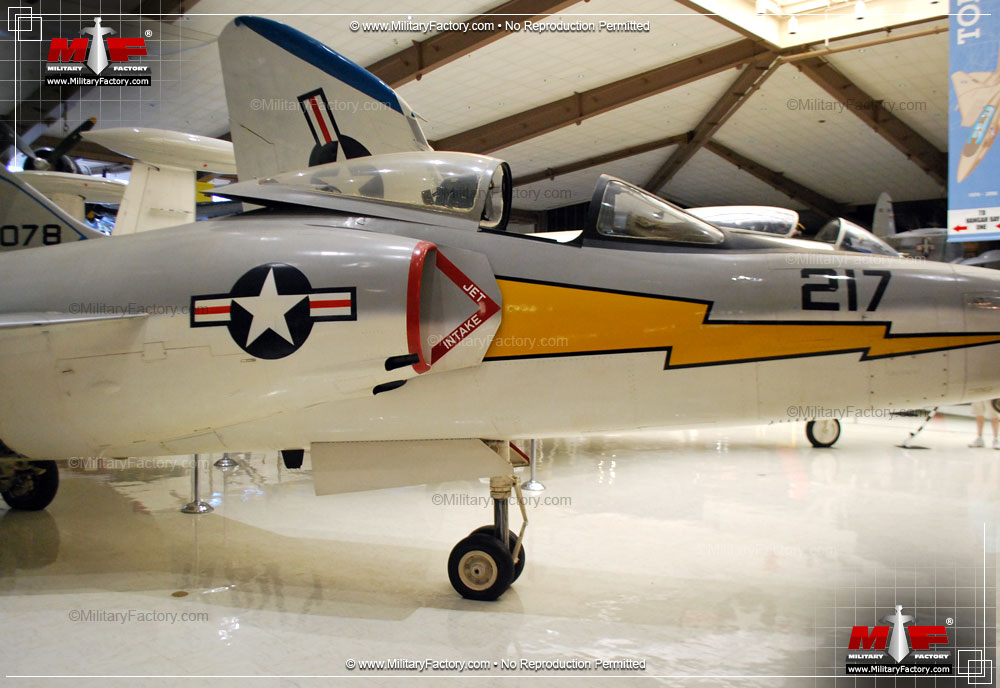 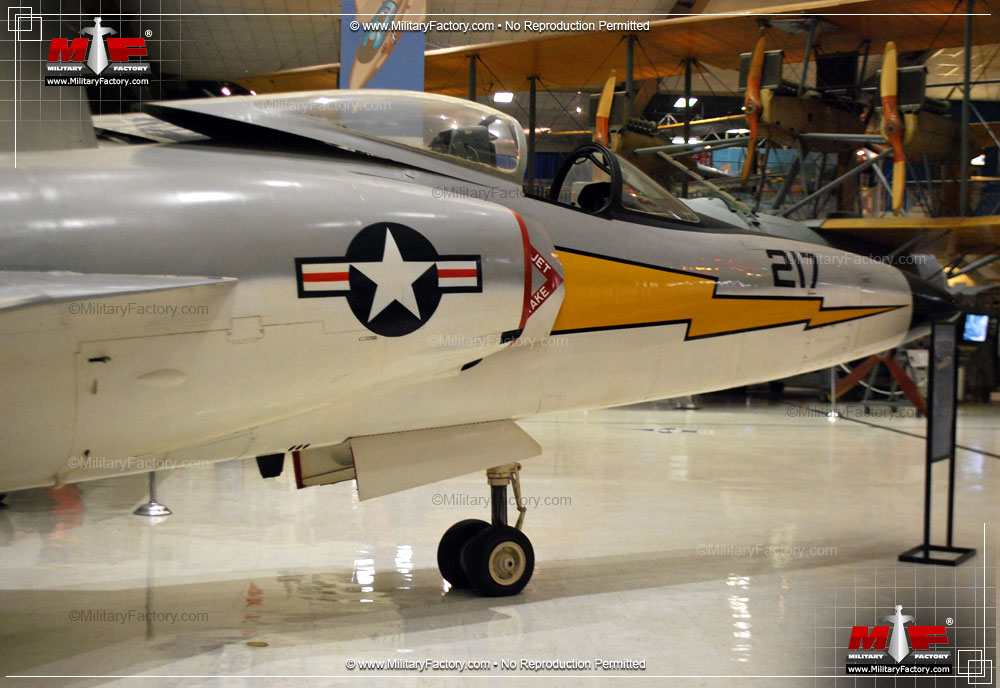 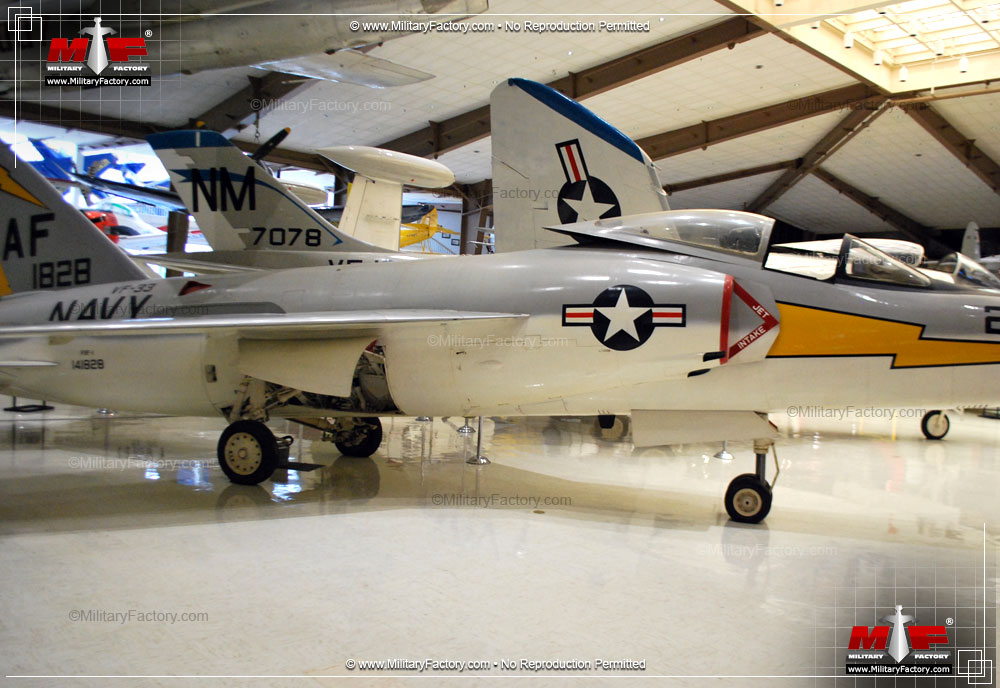