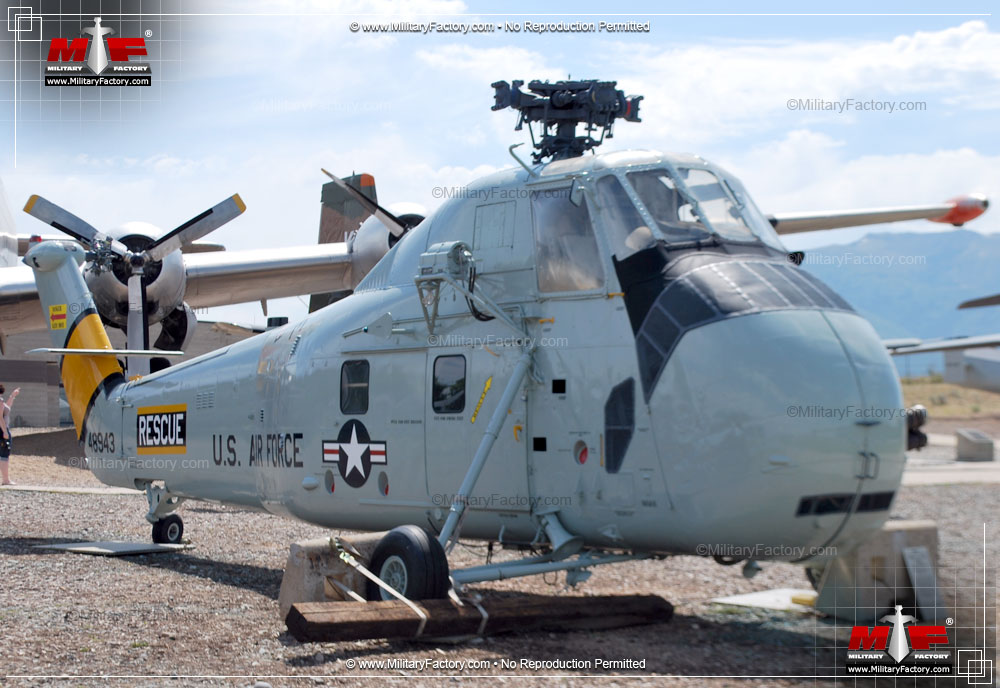 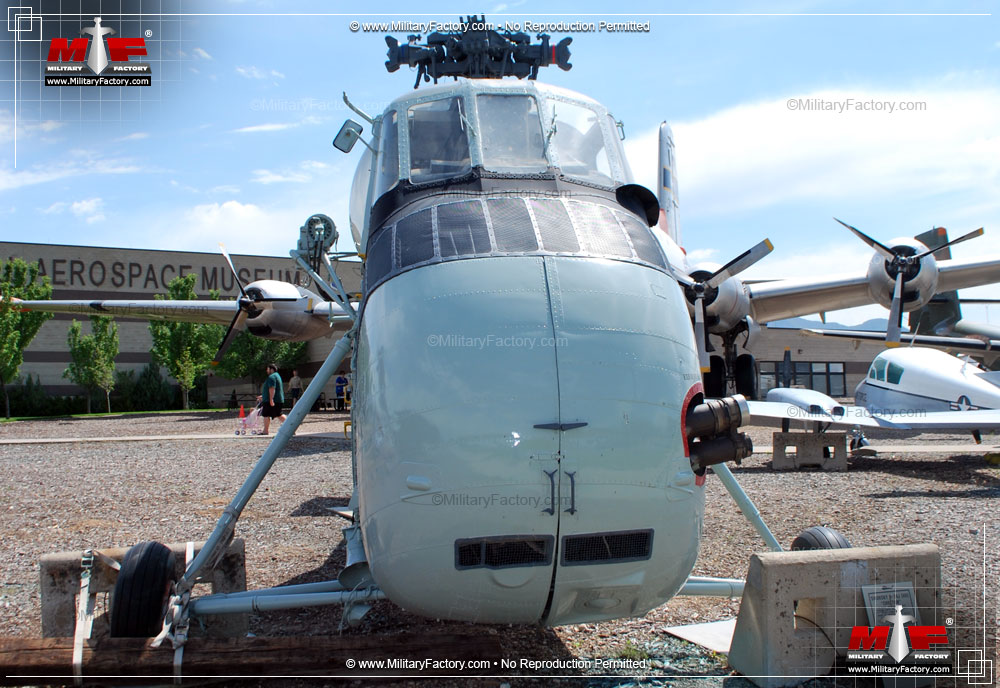 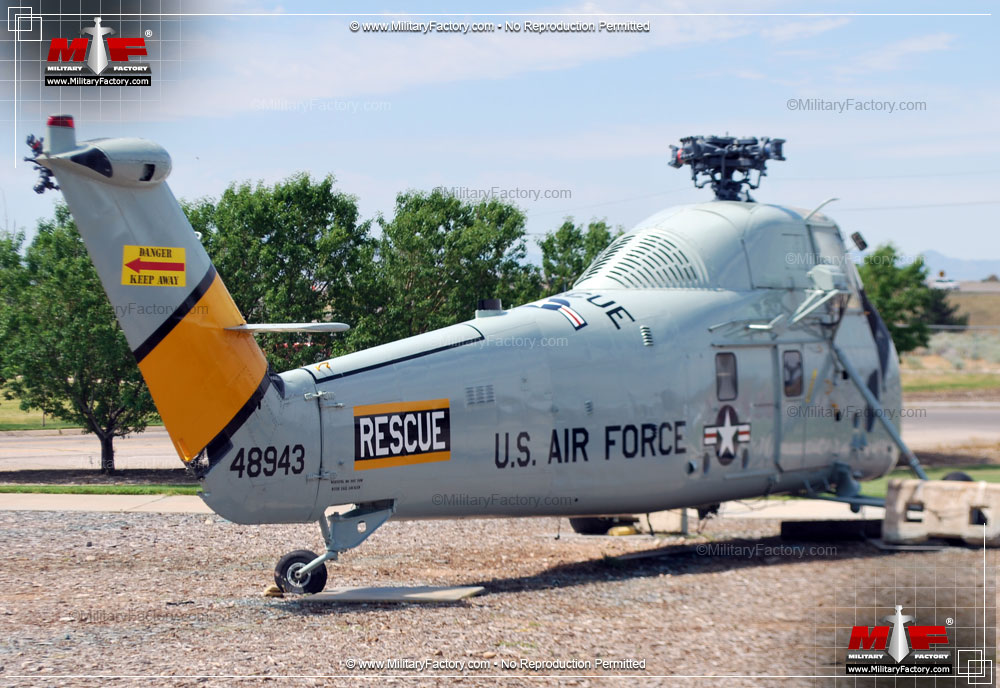 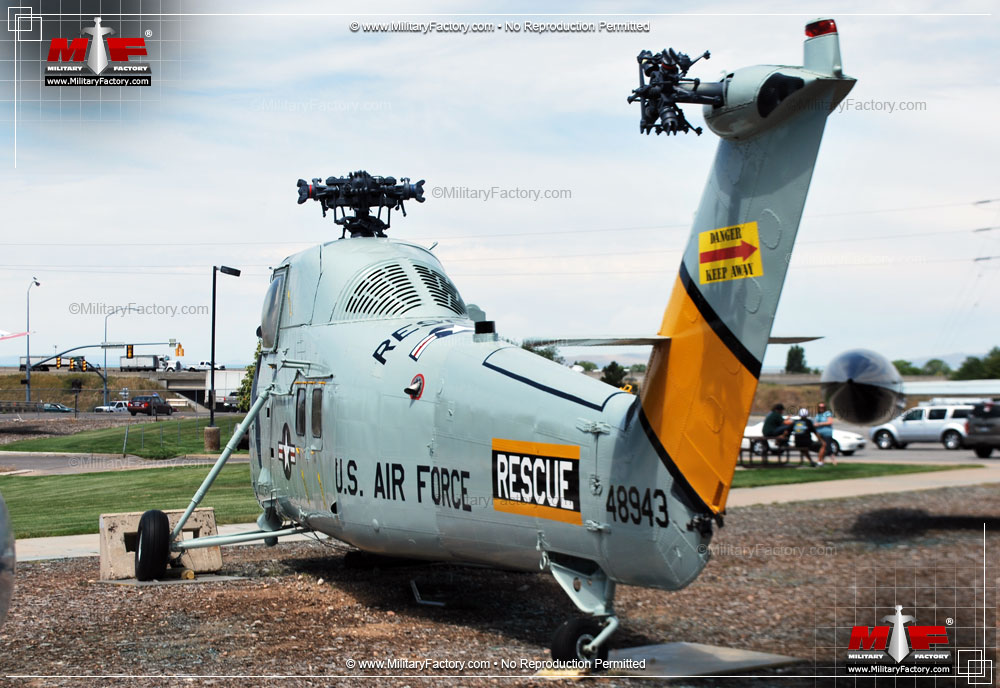 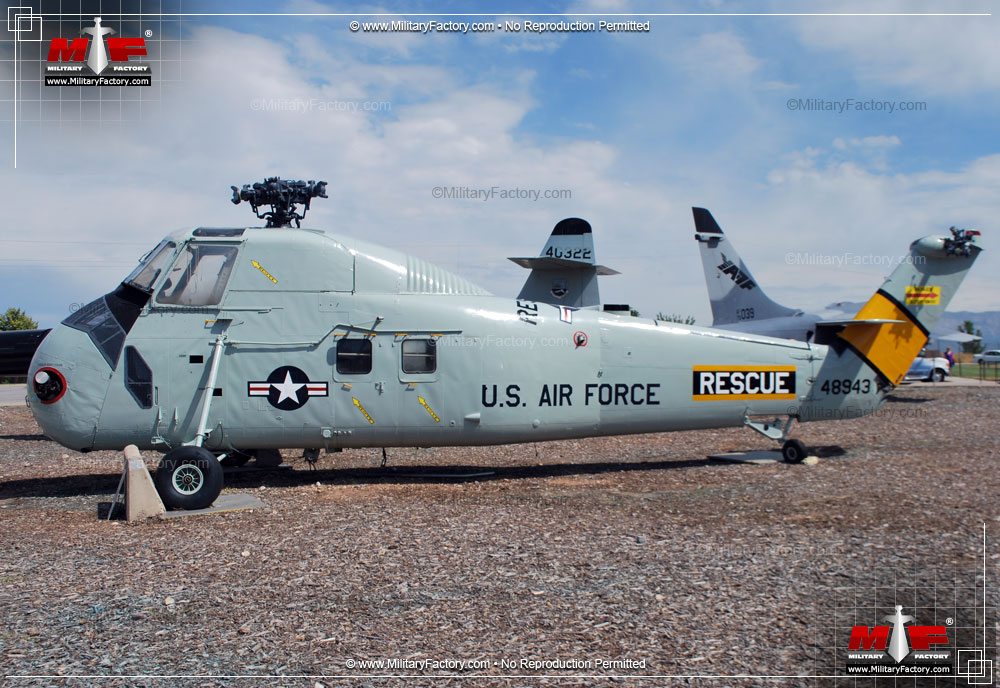 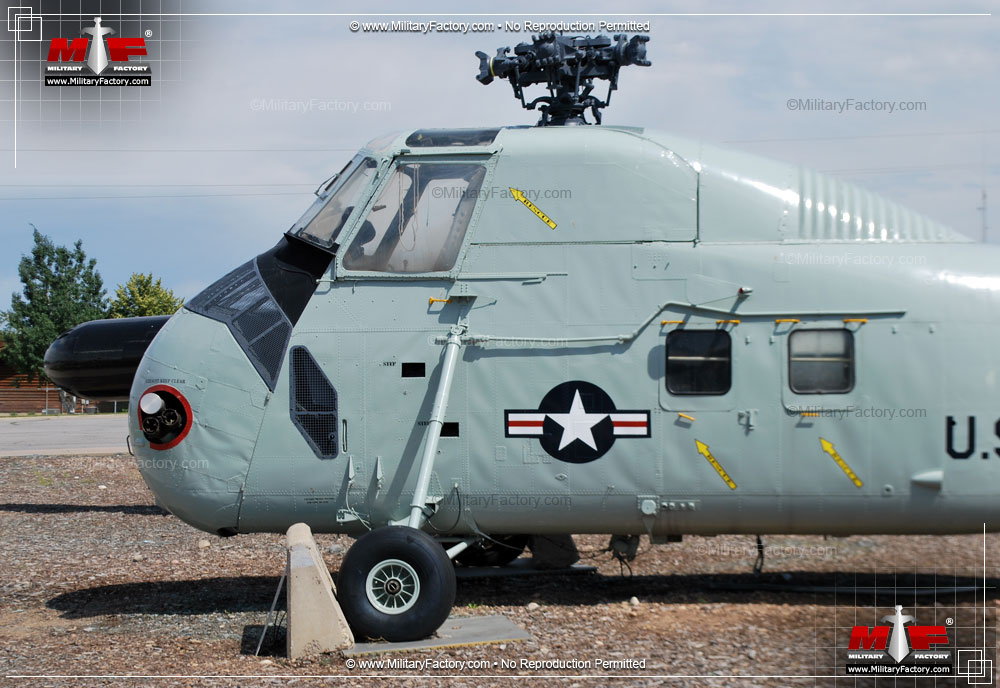 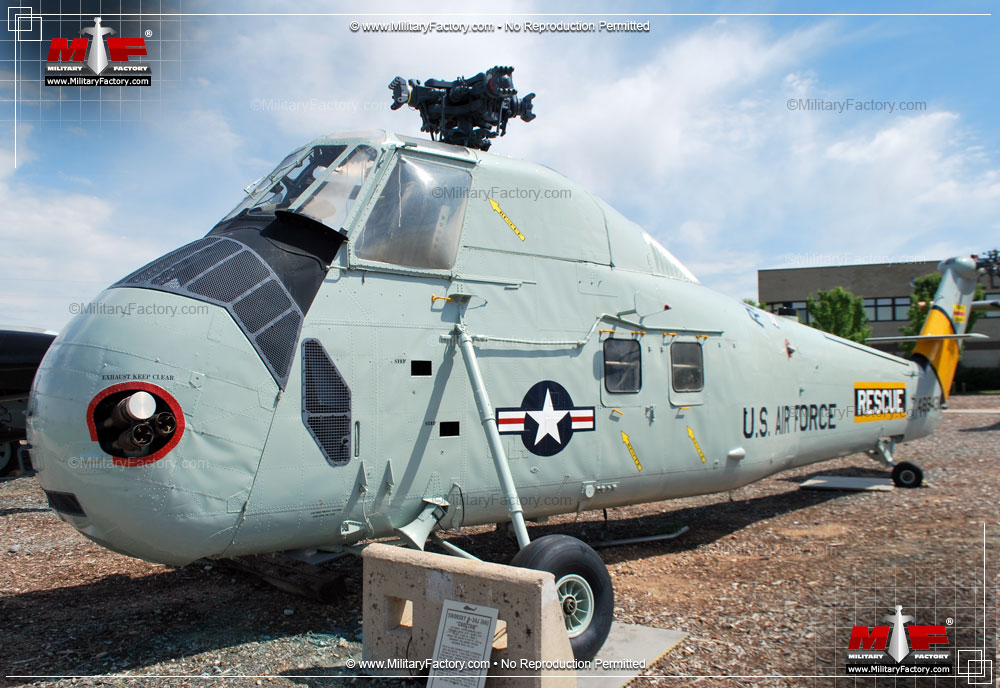 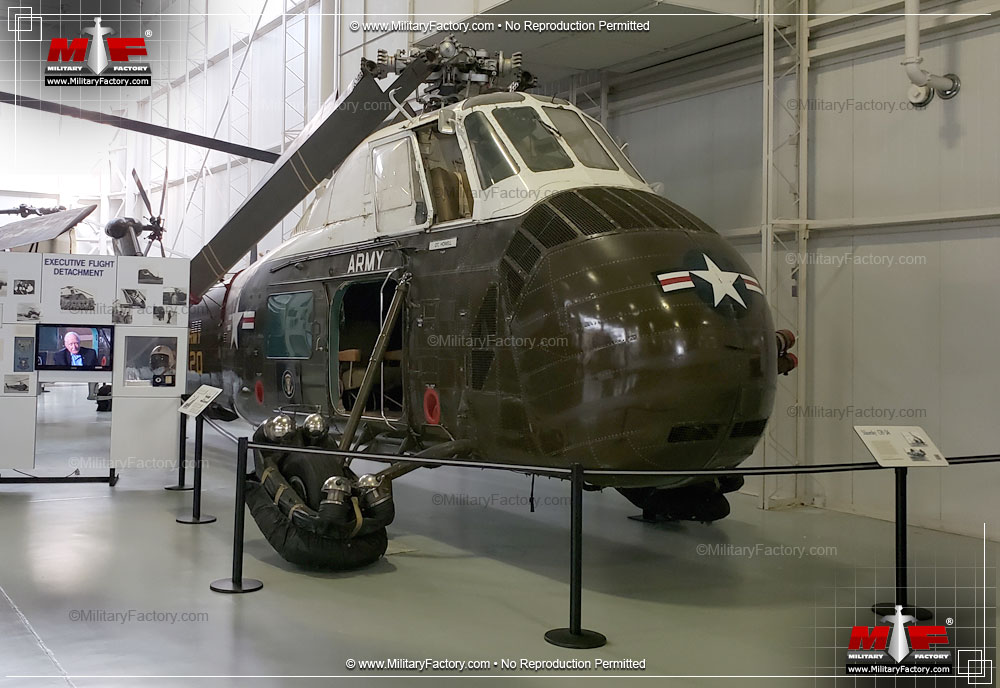 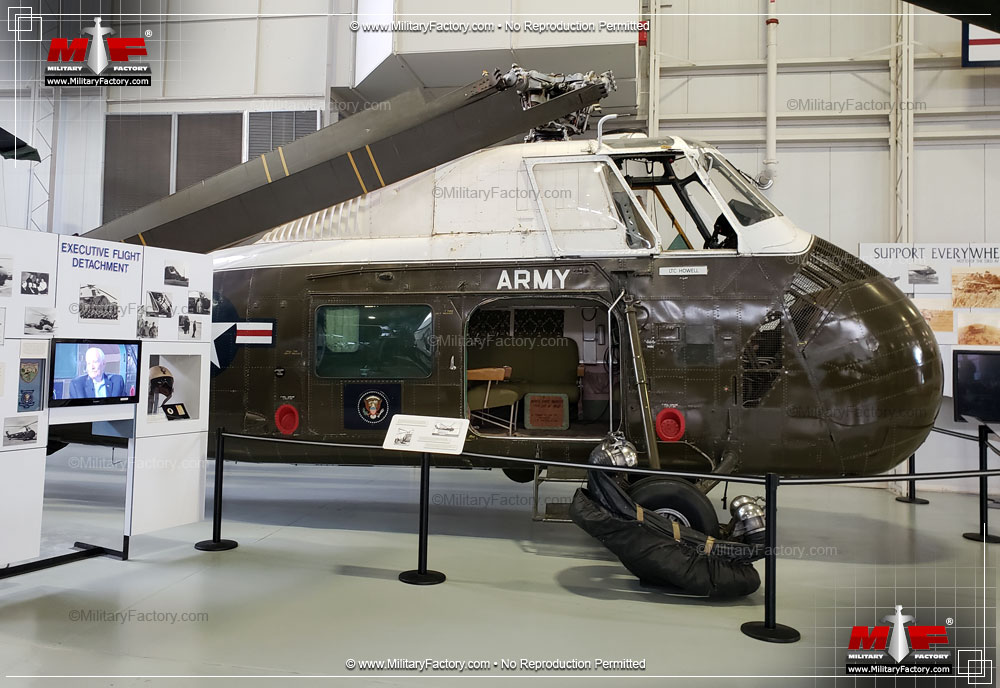 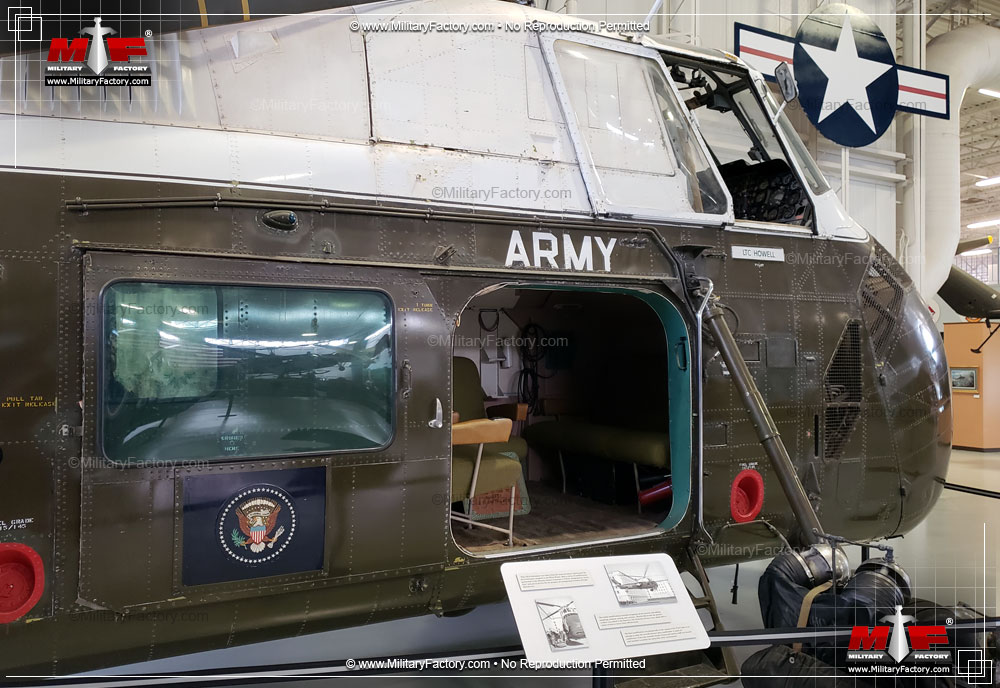 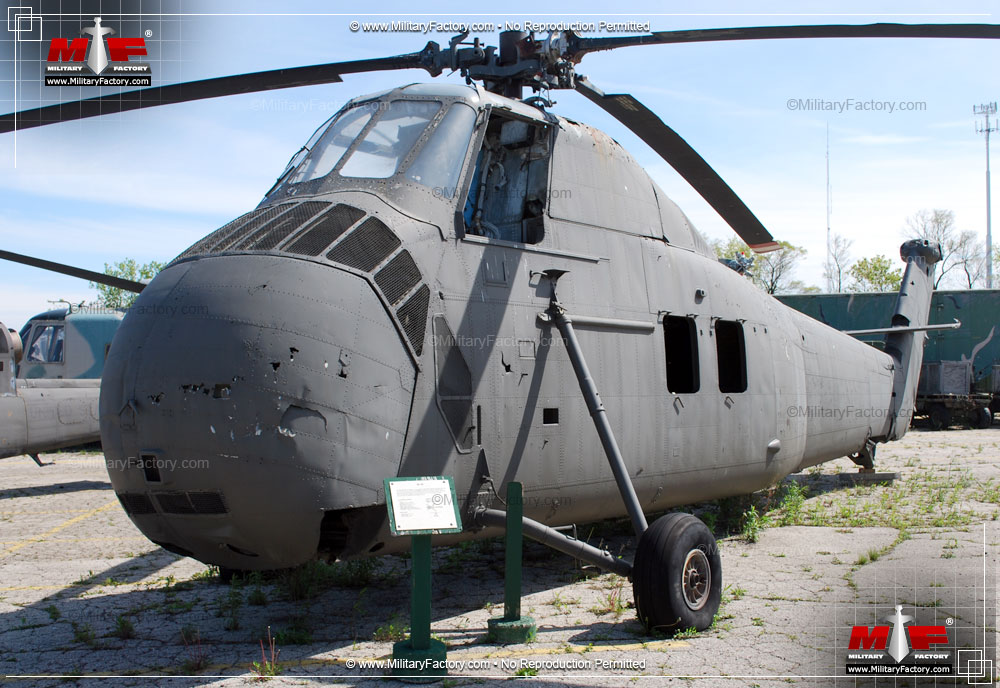 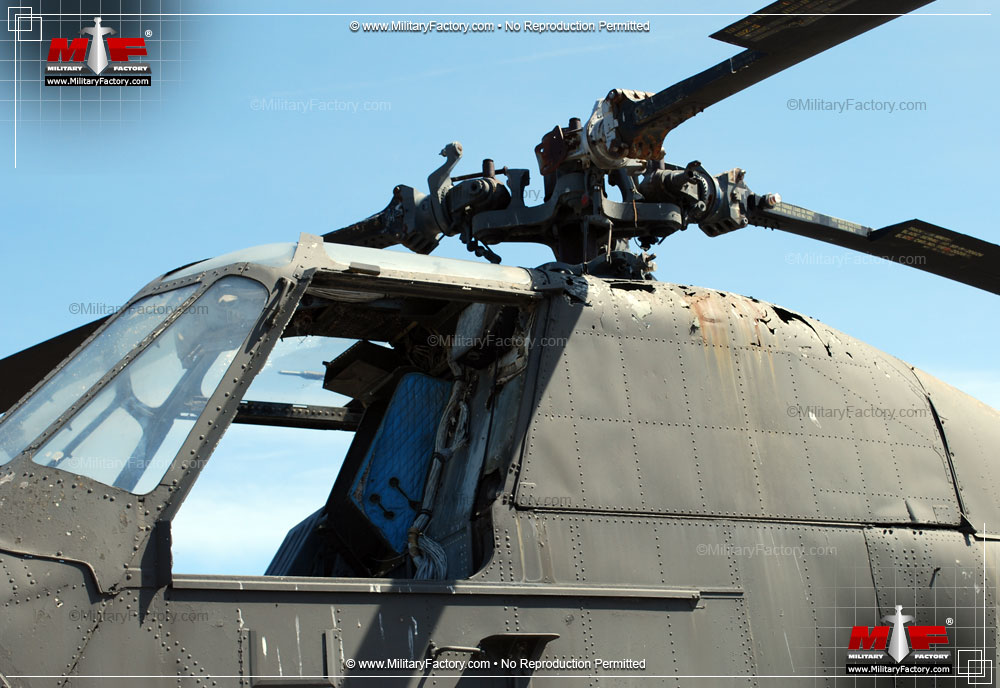 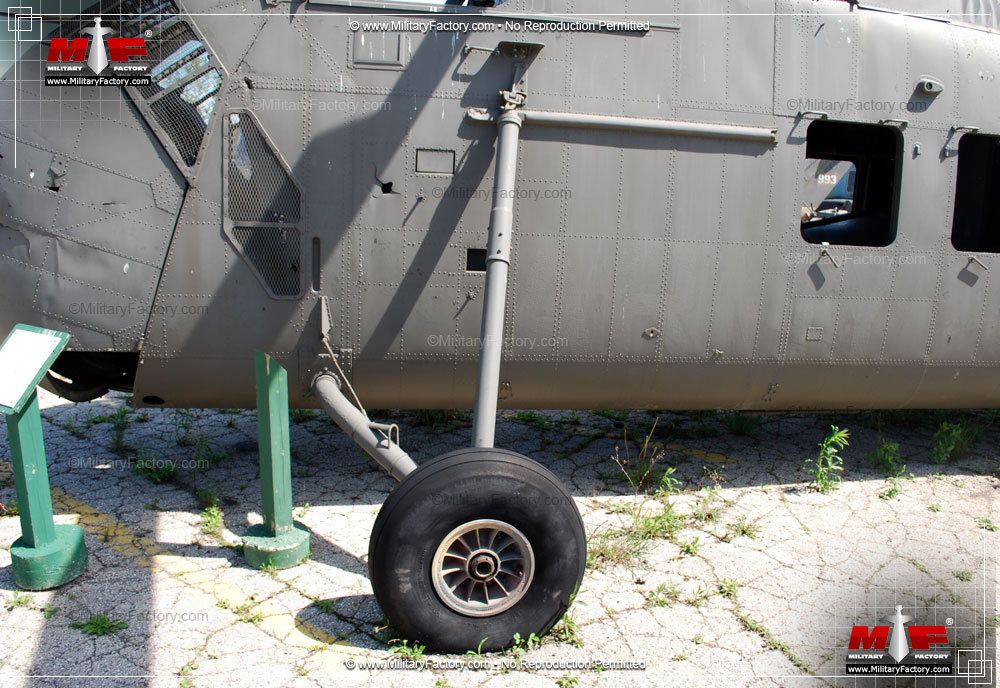 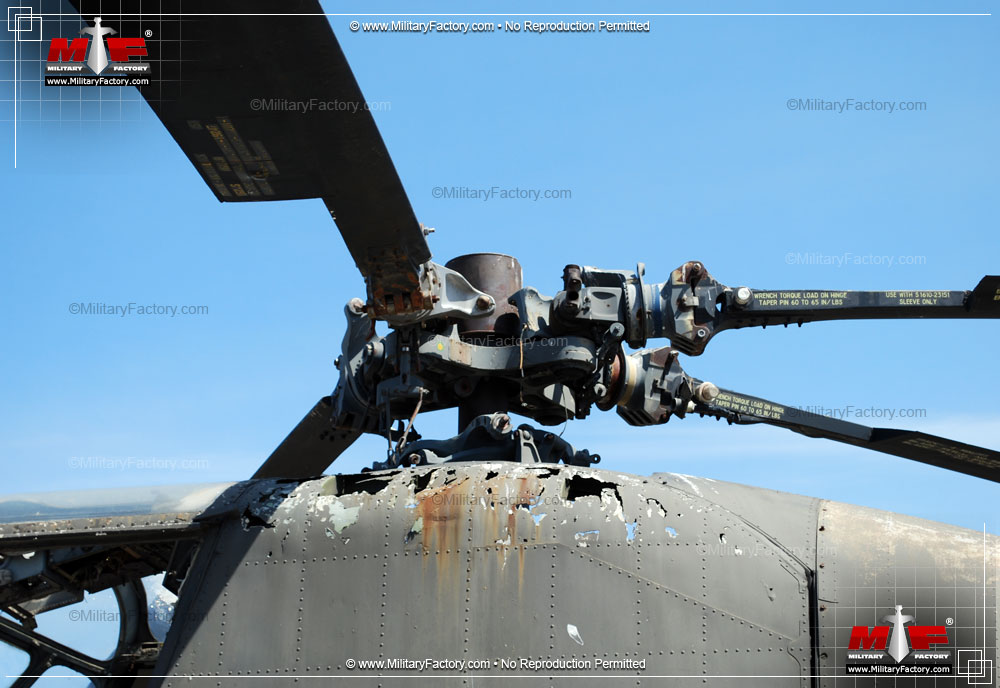 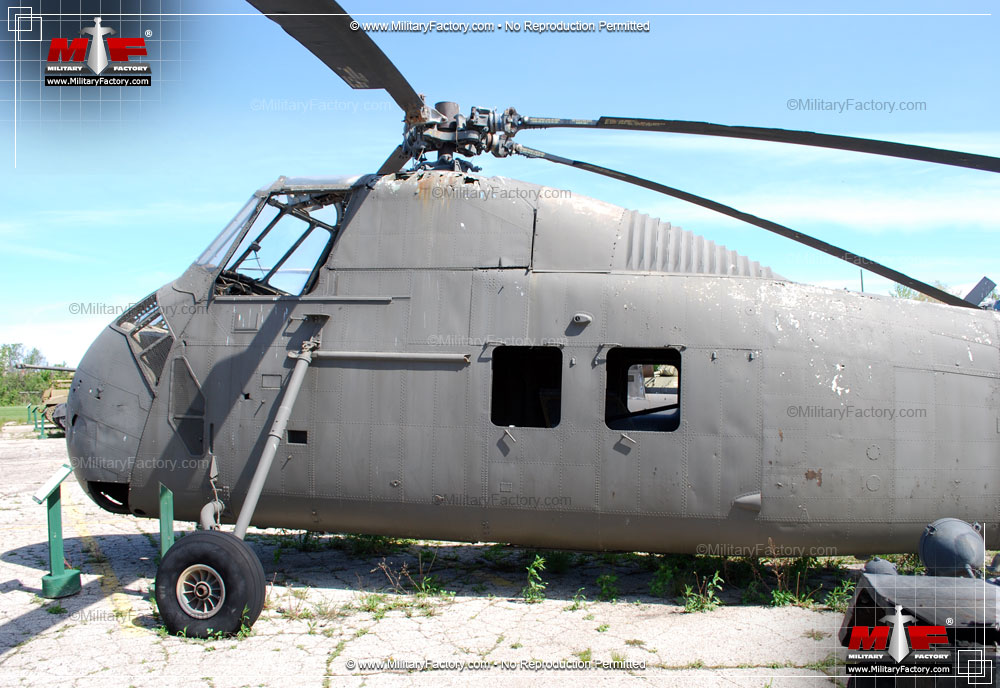 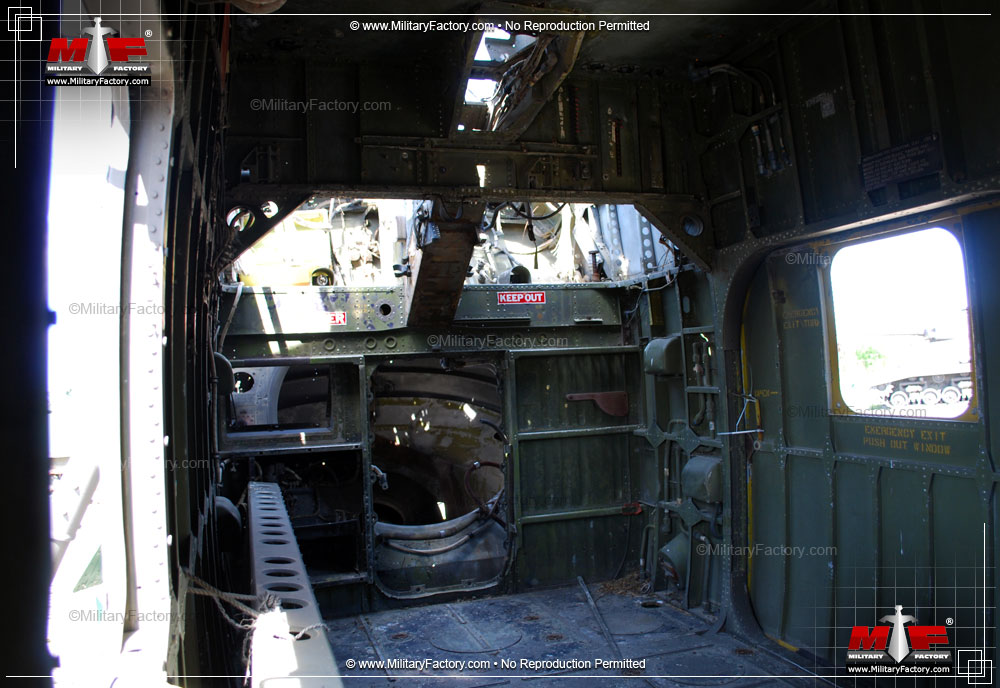 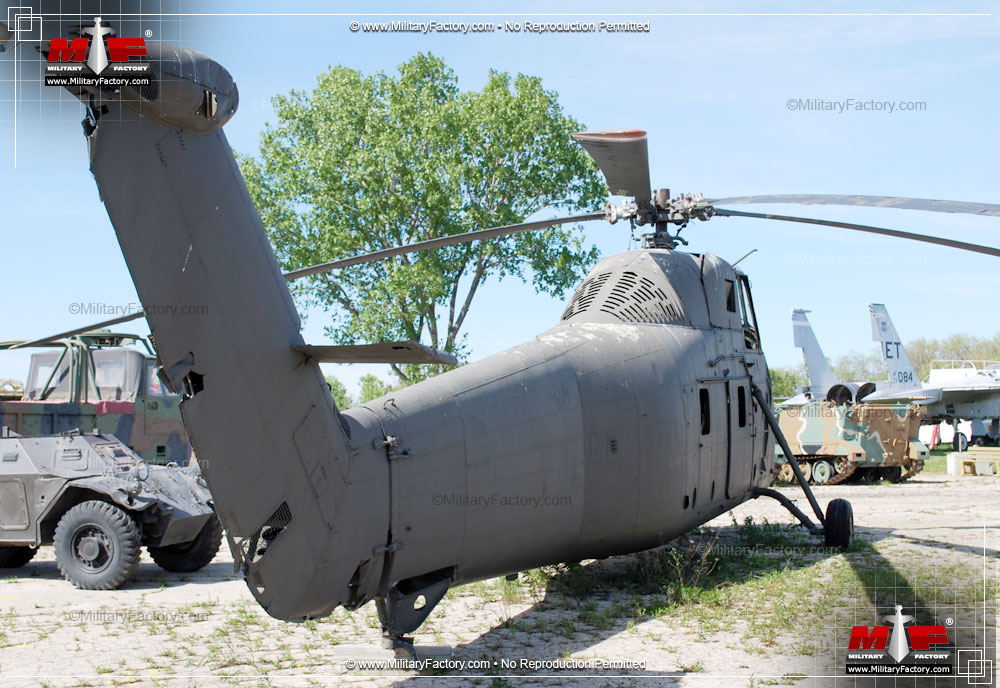 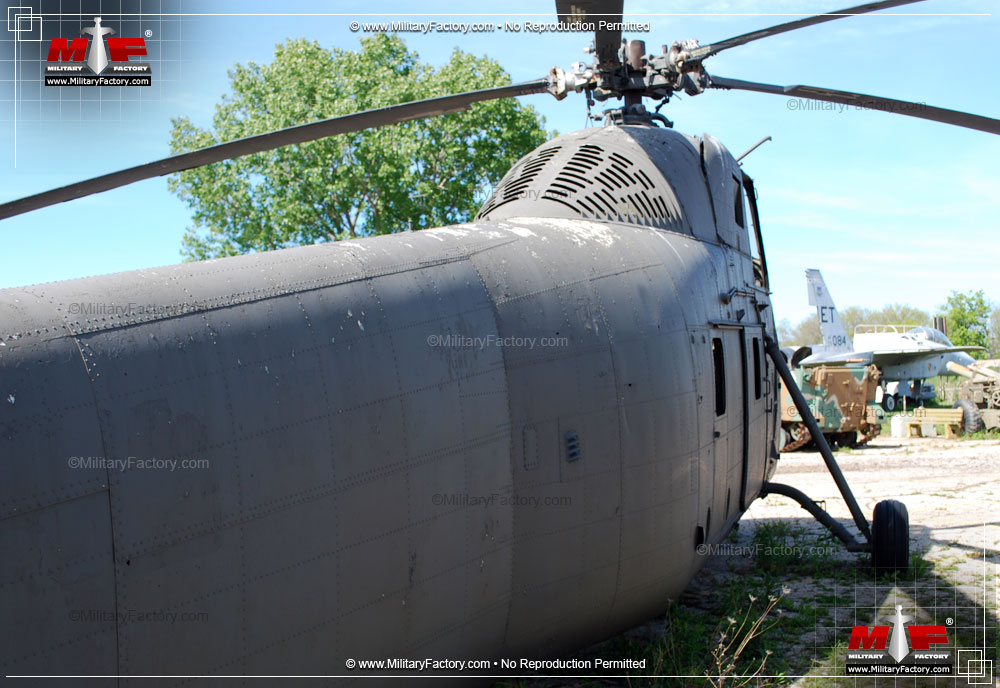 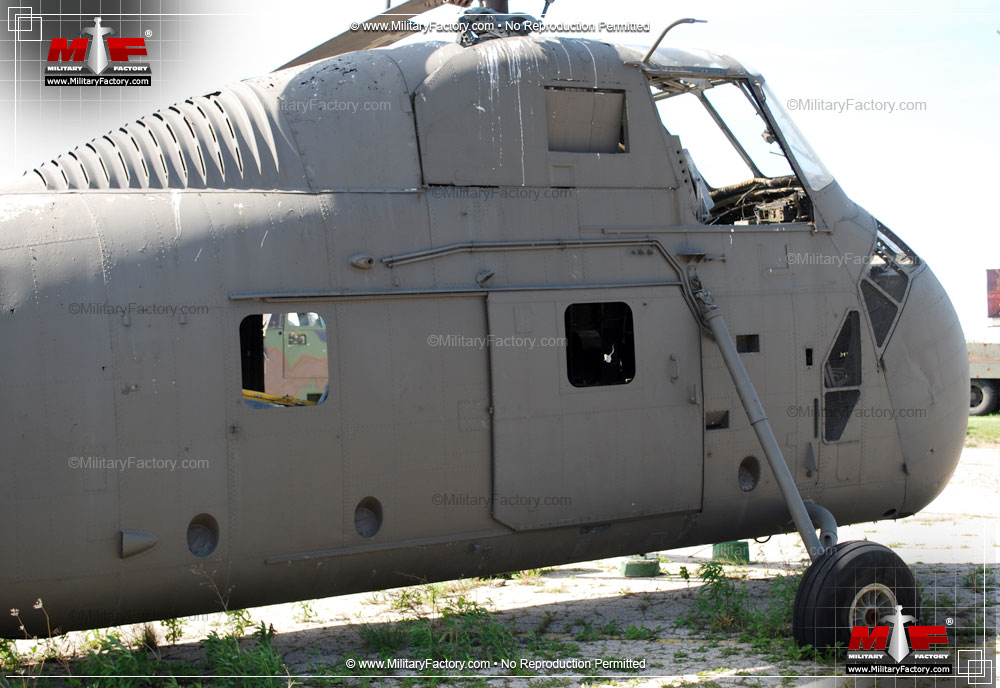 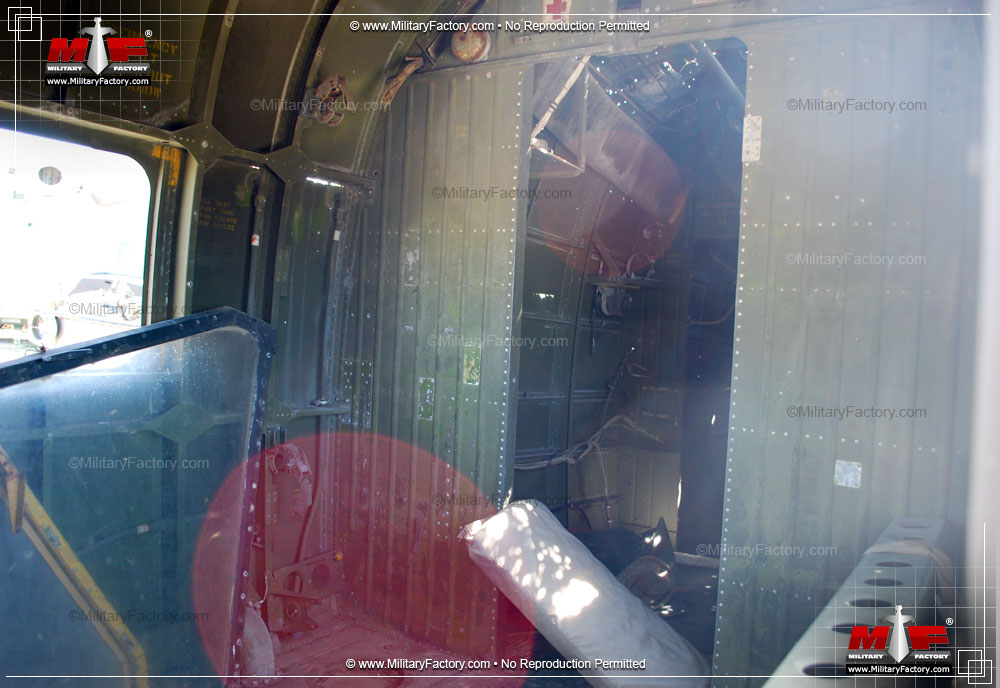 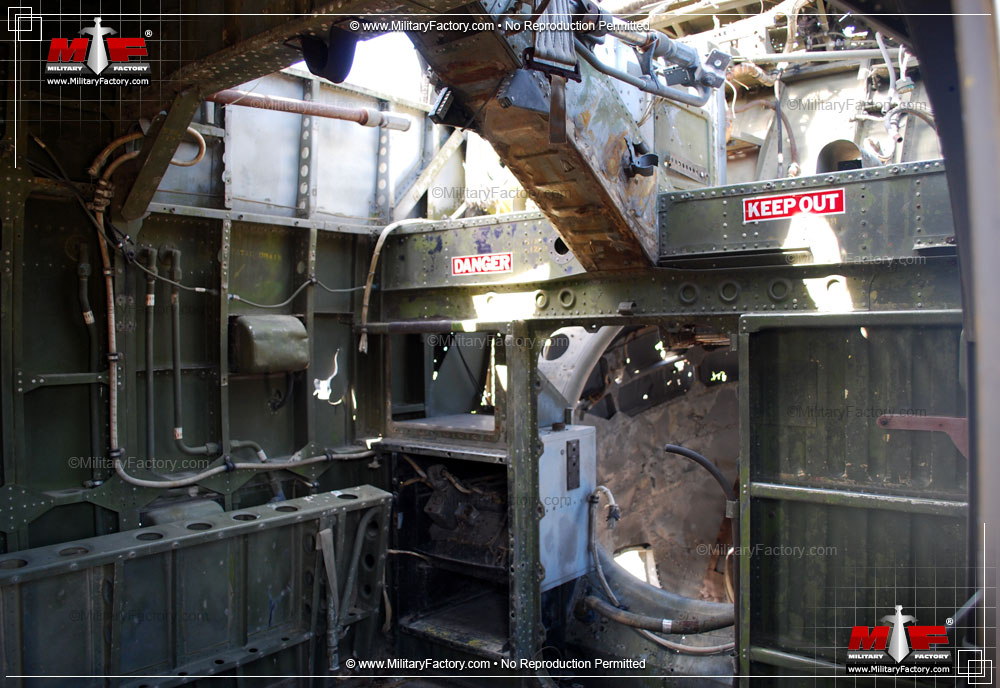 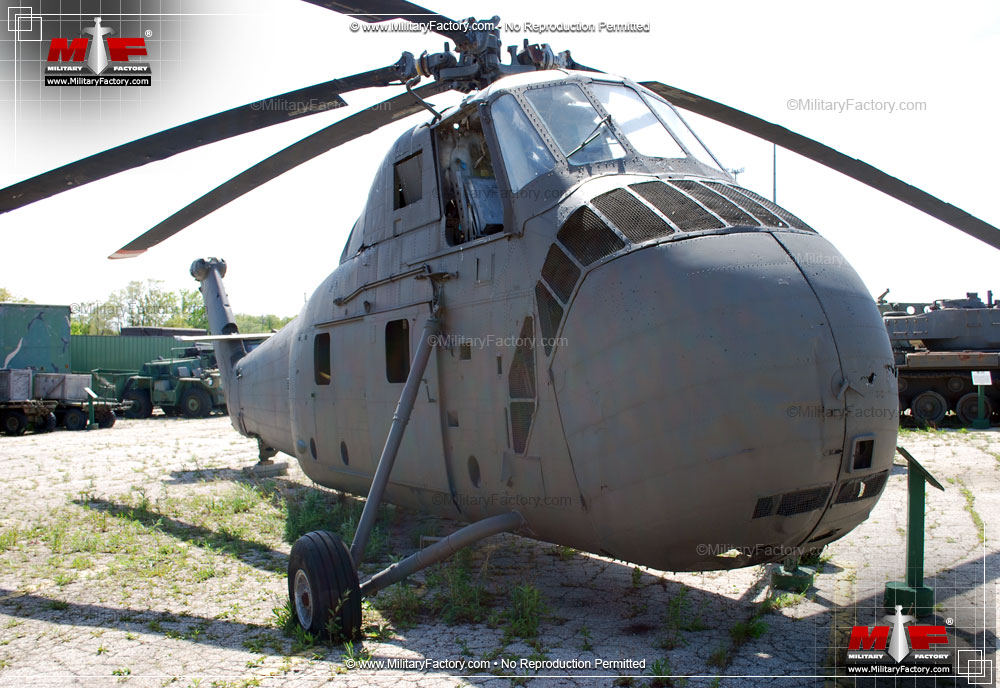 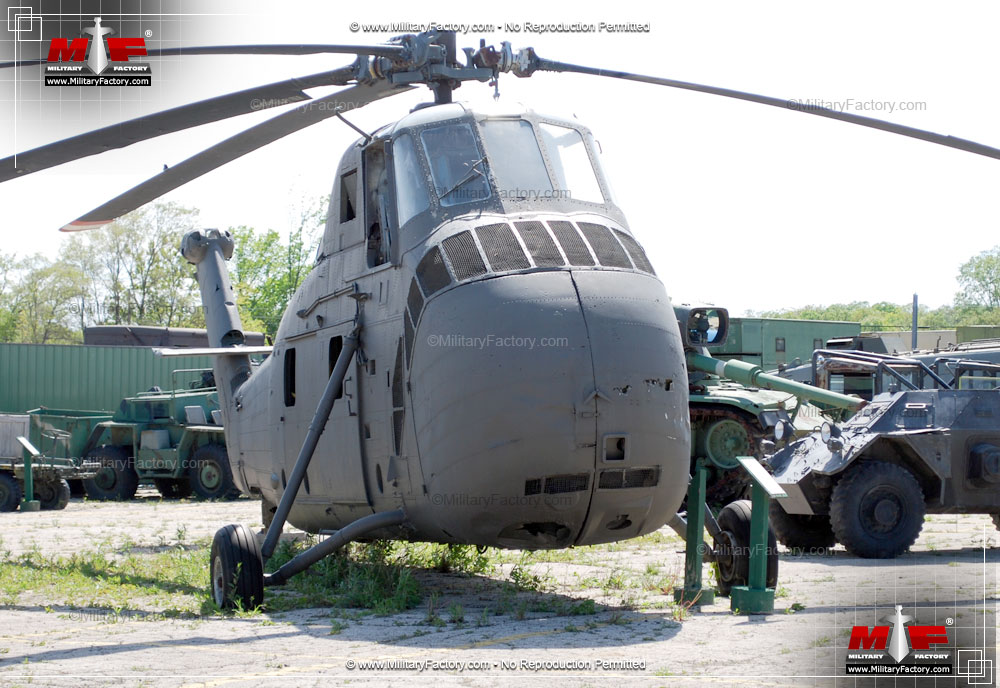 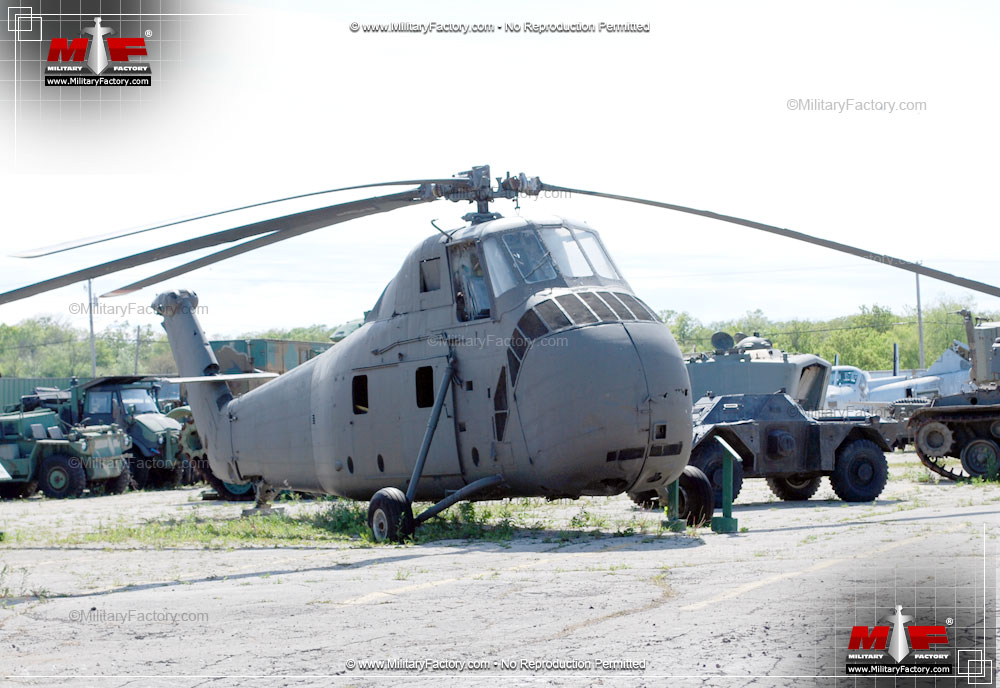 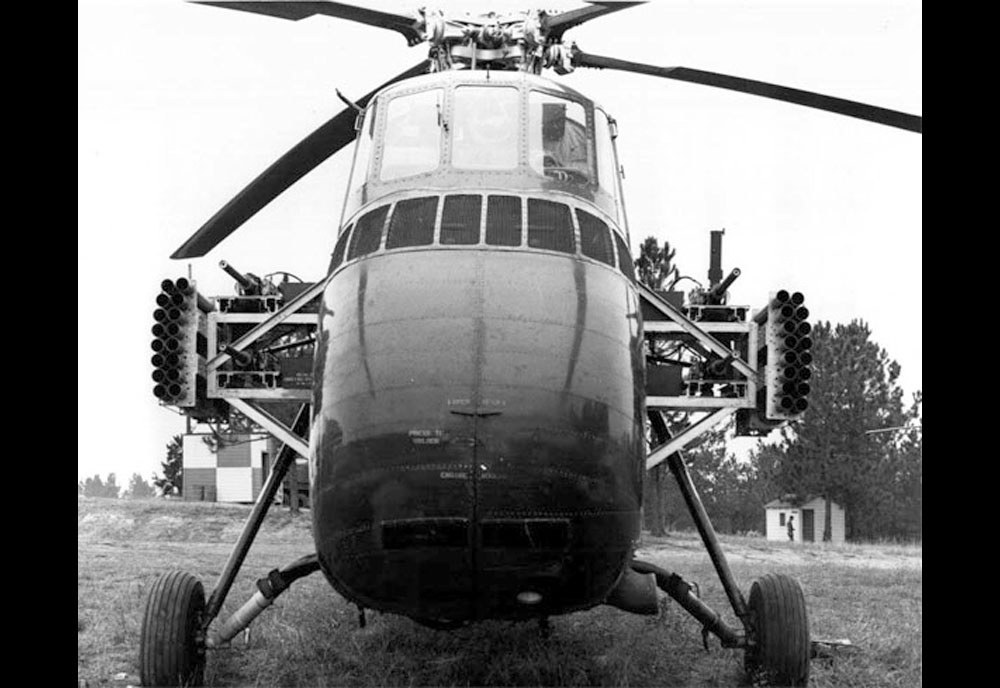 The Sikorsky H-34 Choctaw served with the USAF, US Army, USMC, USN and the USCG during its tenure in American hands.

Authored By: Staff Writer | Last Edited: 05/16/2021 | Content ©www.MilitaryFactory.com | The following text is exclusive to this site.
The H-34 Choctaw was a multi-purpose, radial-powered utility helicopter produced by Sikorsky in the United States. It was developed as a replacement for the similar Korean War-era UH-19 Chickasaw series of helicopters and designed from the outset as an Anti-Submarine Platform for use by the United States Navy. Its operational capabilities eventually led to its use by the United States Army, United States Air Force, the United States Marine Corps and the United States Coast Guard. The Choctaw also went on to prove a commercial success, being fielded in the ranks by no fewer than 27 foreign partners including some limited license production of the type. The Choctaw saw notable service in the Vietnam War. First flight of the system was achieved on March 8th, 1954.

Visibly, the Choctaw wasn't going to win any design awards based on looks alone. It was a far cry from being the best looking of Cold War creations but it was an vast upgrade from the utilitarian approach of the H-19 Chickasaw before it. Design of the H-34 was stout, featuring a large set rounded nose with a raised flightdeck. The pilot and co-pilot sat in their raised positions ahead of the powerplants and above and forward of the passenger/cargo cabin. Entry into the system was provided for by a large rectangular access door (sliding aft) located on the starboard side of the lower fuselage. The underside of the fuselage maintained a predominantly straight appearance, giving the Choctaw its unique profile. The undercarriage was fixed and consisted of two main landing gears supported by exposed struts and a single tail wheel. The main landing gear systems were positioned just forward of the passenger cabin and fitted with a large single wheel each. Power was generally supplied by a Wright R-1820-84 Cyclone radial engine delivering up to 1,525 horsepower and driving a four-bladed main rotor and a four-bladed tail rotor. While the operational crew amounted to two personnel, the cabin had space for up to 16 combat-ready troops, 18 passengers or 8 medical litters. A top speed of 173 miles-per-hour was listed as was a range of 182 miles.

The Choctaw lived a long service live under many guises beginning as the HSS-1 "Seabat" for the United States Navy (in its Anti-Submarine Warfare role). This was coupled with the similar HUS-1 "Seabat" utility transport. The "Seabat" series consisted of US Navy Choctaws built to anti-submarine warfare specifications initially appearing as three Sikorsky S-58 models for evaluation as XHSS-1 prototype systems. The XHSS-1 then became the YHSS-1 before ultimately being re-designated to YSH-34G. The first production models became the HSS-1 "Seabat". The HSS-1N "Seabat" was of note as it was a dedicated bad weather/night version fitting improved autopilot and avionics systems. Seabats fell under the designation of SH-34 beginning in 1962.

The "Seahorse" series was operated primarily by the US Marine Corps and the US Coast Guard. These were noted by their designation of "HUS" as in the HUS-1, HUS-1A, HUS-1G, HUS-1L and the HUS-1Z. These eventually became the UH-34 "Seahorse" series beginning in 1962. The United States Coast Guard operated the Choctaw from 1959 through 1962.

The US Army fielded the H-34A model (later becoming the CH-34). It was the US Army, in fact, that gave the helicopter the name of "Choctaw" beginning in 1962 to which the USAF also applied to their delivered units. These were fitted with R-1820-84 radial engines of 1,525 horsepower. A staff transport version was also developed and noted for the use of "V" in its designation (VH-34A). The slightly different H-34B and H-34C soon followed as did several developmental weapon test beds. The US Army operated the Choctaw well into the early 1970's, by which time Sikorsky had completed all production of the type.
It should be noted that the US military restructuring of 1962 forced a change to all designations of operational aircraft at the time, hence the mentions above. As such, the H-34A were now referred to as the CH-34A. Likewise, the H-34B was now the CH-34B and so on. See the variants listing for a full report of the designation changes.

The Choctaw was produced overseas via license-production in France and in Britain. The French received one batch of 134 Choctaws in parts from the United States and assembled them under the Sud-Aviation banner. A further 166 were manufactured on French soil as new-build Choctaws for the French Army, Navy and Air force, these again produced by Sud-Aviation. The British took to building their Choctaws under the Westland brand label and afforded the system the designation of "Wessex" with the Royal Navy becoming a notable operator of these machines (turbine-powered), utilizing them in the Anti-Submarine Warfare (ASW) role. Other British-produced Wessex's were marketed to foreign military and civilian operators.

Perhaps its most notable use was in the hands of US forces in the Vietnam War. Though initially delayed into action, some twenty US Army CH-34's made their way into the theater and was utilized wherever necessary. This included MEDEVAC roles, cargo transport for supply and resupply and as an offensive weapons platform. In the latter role, the CH-34 became one of the earliest attempts by American warplanners to arm a helicopter to be used as a gunship. These Choctaws (known as "Stingers") sported two M60C series general purpose machine guns and 2 x 2.75" 19-shot rocket pods comprising the TK-1 (Temporary Kit-1) later used on the successful Bell UH-1 "Huey" line of gunships. The Choctaw operated in the theater for a surprisingly lengthy period of time, proving a reliable workhorse in the process. Even the arrival of the fabled Huey systems did not force the Choctaw completely from the action as Choctaws were still in service with the USMC even after the introduction of the UH-1 series. All remaining CH-34's were eventually handed over to the South Vietnamese government as American involvement in the conflict drew to a close.

Some 1,800 Choctaws were eventually produced.

(Showcased performance specifications pertain to the Sikorsky H-34A / CH-34A Choctaw production variant. Compare this aircraft entry against any other in our database. View aircraft by powerplant type)
OPTIONAL, VARIOUS: Dependent upon on mission parameters. As a gunship, the Choctaw was fitted with: