The Short Stirling four-engined bomber made up a large contingent of RAF heavy bombing capability at one point during World War 2.

Authored By: Staff Writer | Last Edited: 06/04/2018 | Content ©www.MilitaryFactory.com | The following text is exclusive to this site. 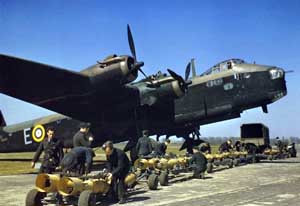 The Short Sterling formed the backbone of British RAF heavy bomber groups beginning in January of 1941 and forged an operational existence from then through to the end of World War 2 in 1945, where it proved an obsolescent design and relegated to transport sorties. Designed from the outset as a four-engined heavy bomber (most RAF four engine bombers began life as twin-engined designs), the Stirling would reach its stride in the early 1940's through the Mk III variant as this proved the definitive principle bomber. Short Stirlings were fielded across twenty-eight total RAF bomber squadrons and certainly left their mark on the war despite the arrival of more famous mounts such as the Avro Lancaster.

The Short Stirling was born from an RAF requirement set forth in 1936 calling for a heavy four-engined bomber with suitable range and a lethal payload carrying capability. By 1938, a half-sized prototype was flying with a full-size prototype being delivered for testing in 1939. The rather conventional design made use of a forward-set flight deck, centralized internal bomb bay and tricycle undercarriage. Wings were straight and low-mounted with each assembly managing two leading edge engine nacelles. Each engine powered a three-bladed propeller. The undercarriage was retractable with the main legs left rather tall giving the Stirling bomber a rather noticeable nose-up profile when landed. The tail section was traditional, showcasing a single vertical tail fin flanked by two low-mounted horizontal planes. Typical crew accommodations included seven personnel made up of two pilots, a navigator/bombardier, nose gunner, flight engineer and two dedicated gunners. Defensive armament was 8 x 7.7mm (0.303 caliber) machine guns - 2 x in a powered nose turret, 2 x in a powered dorsal turret and 4 x in a powered tail turret. Offensively, the bomber could carry upwards of 14,000lb of internal stores.

By 1940, the Stirling was in serial production and entered operational service the following year. In its original Mk I form, the Stirling was powered by 4 x Bristol Hercules XI radial piston engines and it would be this mark that would be available during the critical war years - holding enough range to reach the German capital of Berlin if required. The Mk II model followed in prototype form and was fitted with 4x Wright Cyclone engines - though never produced. As such, the definitive Mk III followed with its 4 x Bristol Hercules XVI powerplants and would become the principle bomber variant in the Stirling series. The Mk III series was further fitted with specialized "Pathfinder" equipment, making it useful in airborne-related paratrooper operations or directing follow-up bomber formations to the proper target in low-light.

By 1944, the Stirling had seen its best fighting days. The tide had also begun turning in favor of the Allies with gains across Africa, the Pacific, France, Italy and in the Eastern Front. The Stirling was passed up for more modern offerings and therefore relegated to secondary duties such as glider / transport tug (Mk IV) and used extensively with airborne operations through the remaining years of the war. A dedicated transport model (Mk V) was spawned as the final variant of the Short Sterling.

Beyond the British RAF, the Short Stirling was used by Belgium, Egypt and Germany. In Belgium service, these were post-war mounts used by commercial venture Trans-Air. The Egyptian Air Force procured eight ex-Belgian airframes some time later. German use was limited to recovered examples and operated to a limited extent by the specialist Luftwaffe air group known as "KG 200" ("Kampfgeschwader 200"). KG 200 was disbanded after the war in 1945.

2,383 Short Stirlings were eventually produced, these through Short Brothers, Rochester Short Brothers and Harland and Belfast Austin Motor Company.©MilitaryFactory.com
Note: The above text is EXCLUSIVE to the site www.MilitaryFactory.com. It is the product of many hours of research and work made possible with the help of contributors, veterans, insiders, and topic specialists. If you happen upon this text anywhere else on the internet or in print, please let us know at MilitaryFactory AT gmail DOT com so that we may take appropriate action against the offender / offending site and continue to protect this original work.
Advertisements

Status
RETIRED
Not in Service.
Crew
7

Belgium; Egypt; Nazi Germany; United Kingdom
(OPERATORS list includes past, present, and future operators when applicable)
✓ Ground Attack (Bombing, Strafing)
Ability to conduct aerial bombing of ground targets by way of (but not limited to) guns, bombs, missiles, rockets, and the like.

General Assessment
Firepower
Performance
Survivability
Versatility
Impact
Values are derrived from a variety of categories related to the design, overall function, and historical influence of this aircraft in aviation history.
Overall Rating
The overall rating takes into account over 60 individual factors related to this aircraft entry.
38
Rating is out of a possible 100 points.
Relative Maximum Speed
Hi: 300mph
Lo: 150mph
This entry's maximum listed speed (270mph). 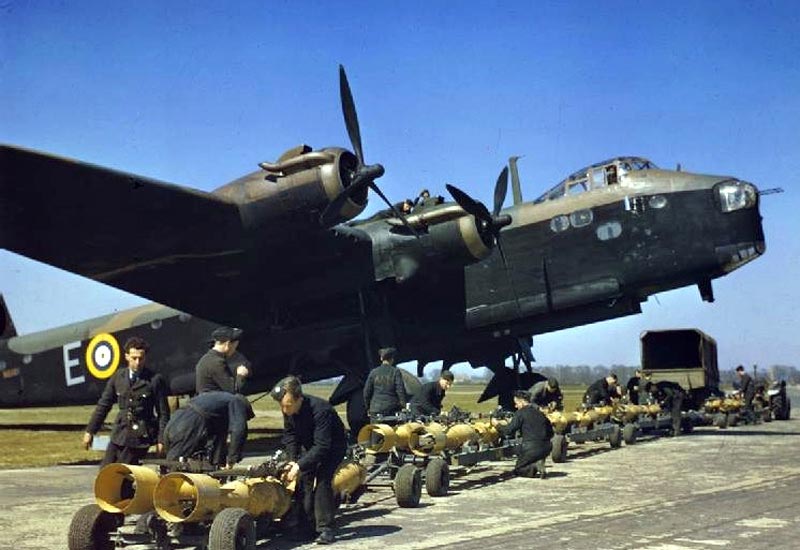