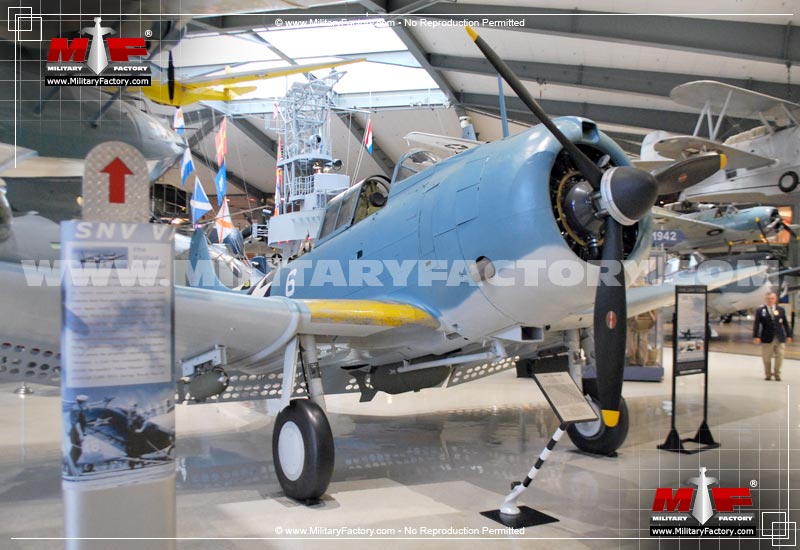 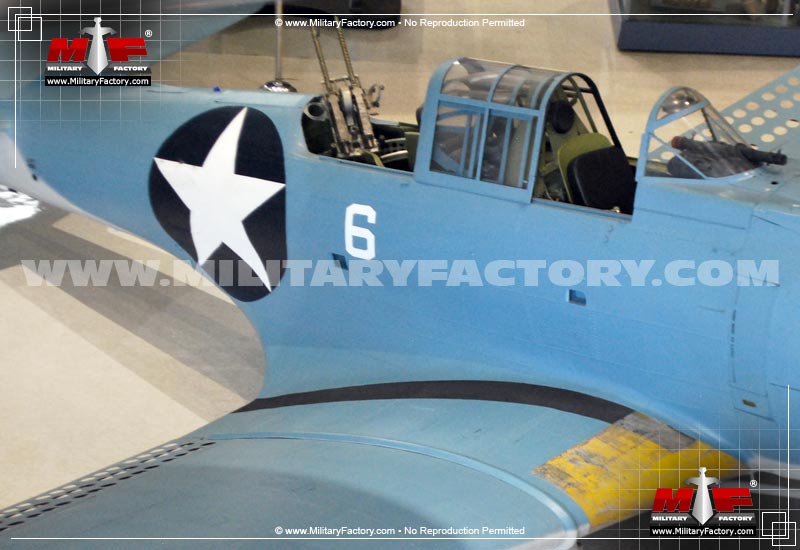 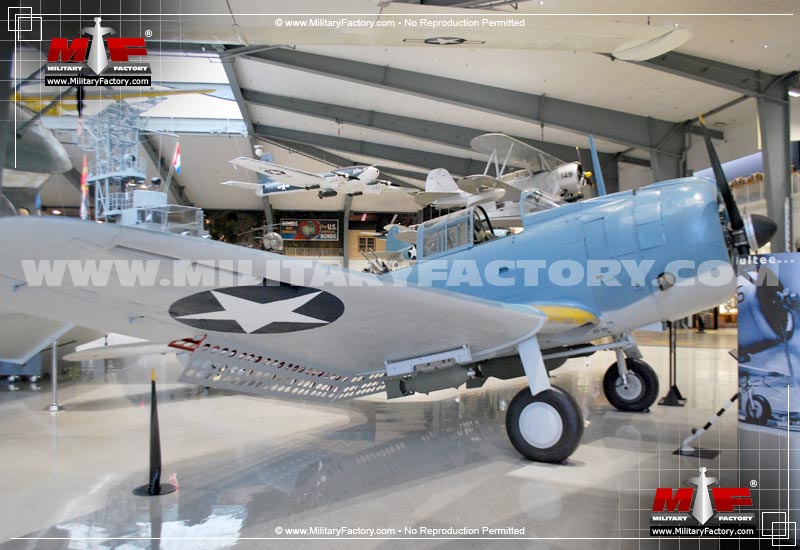 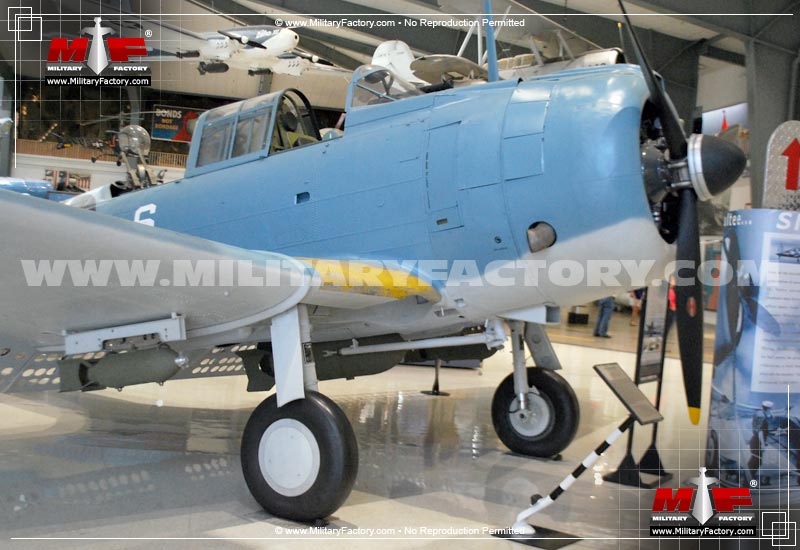 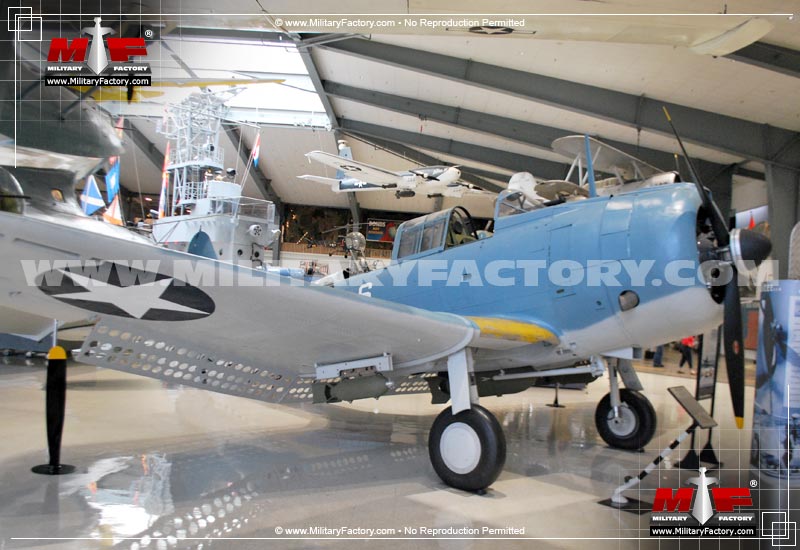 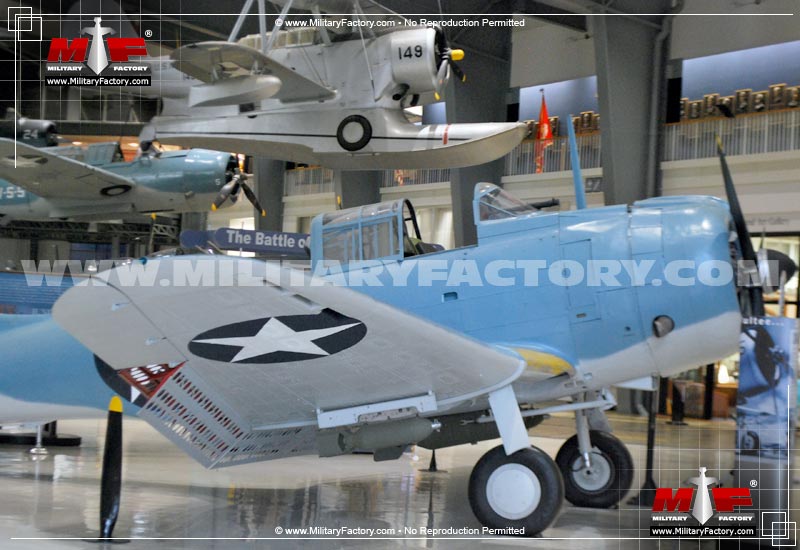 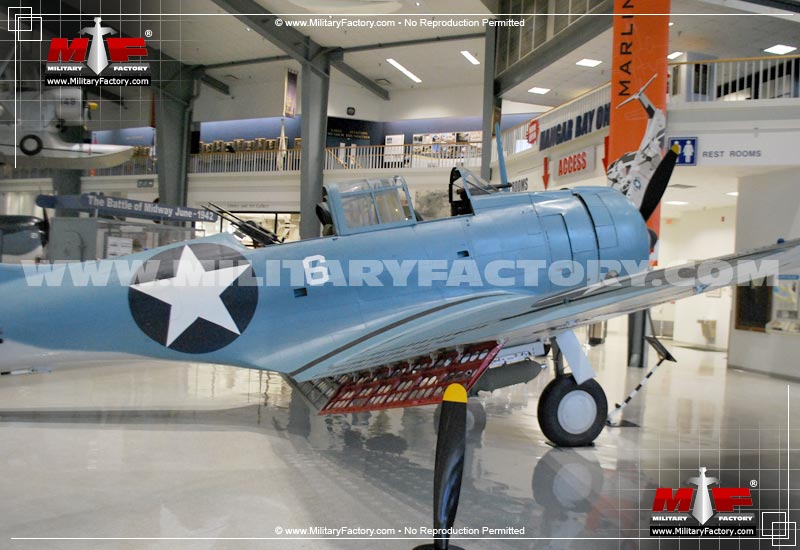 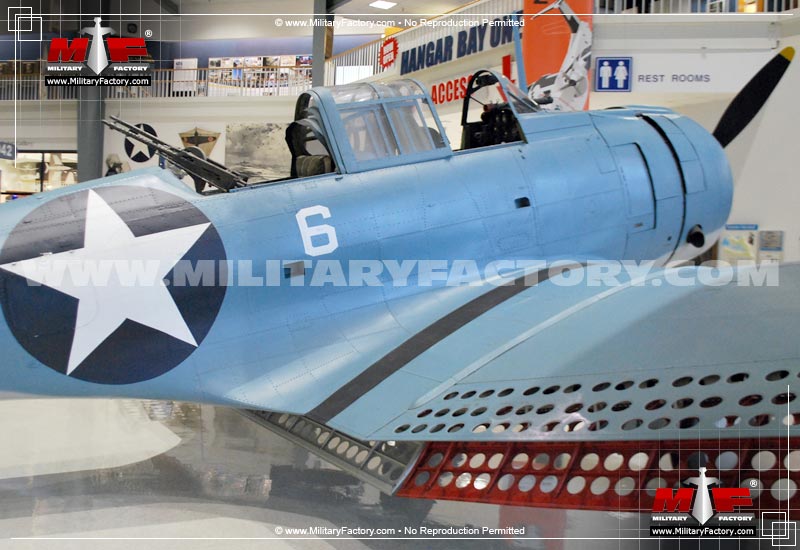 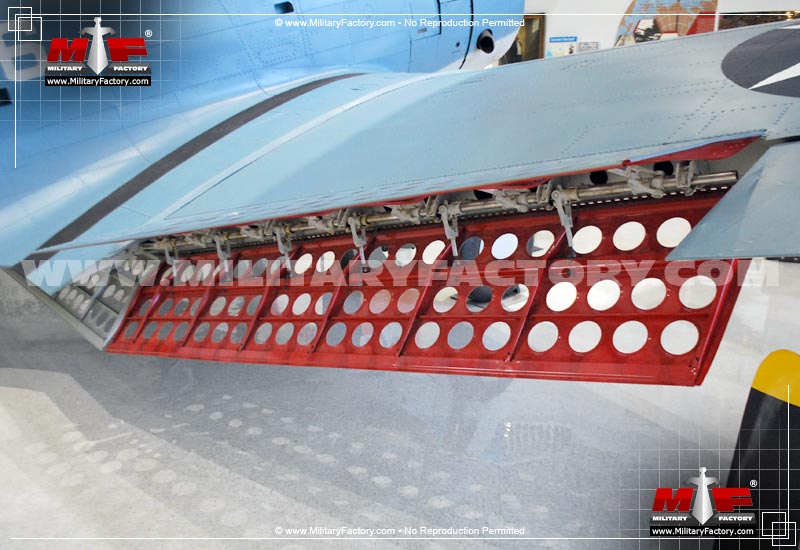 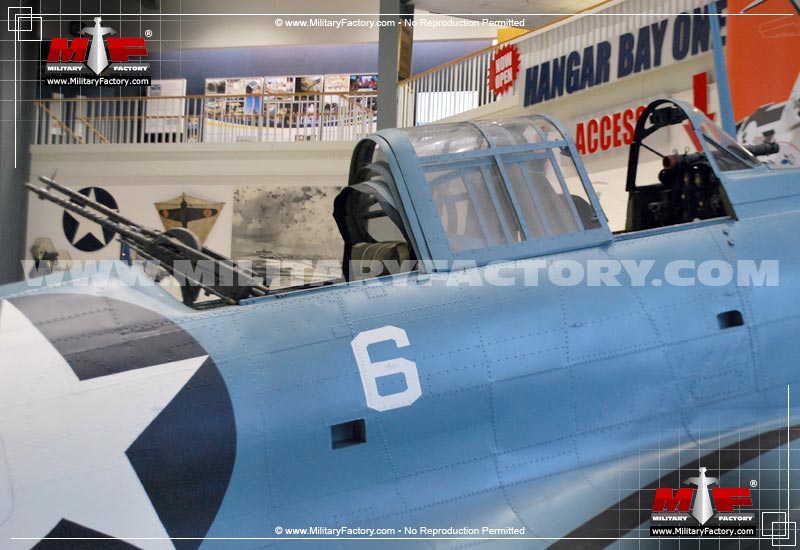 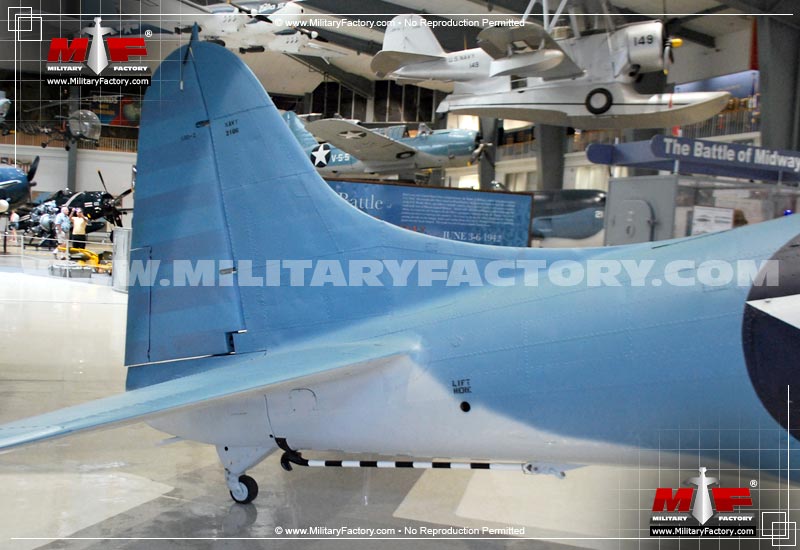 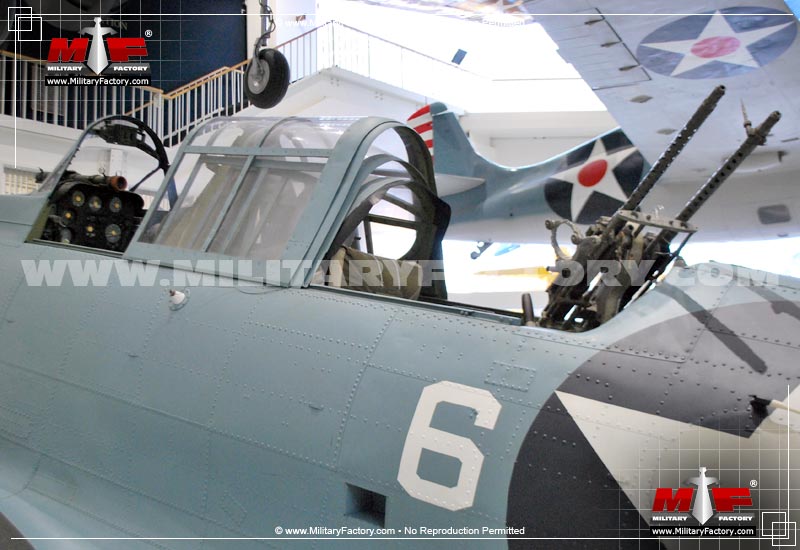 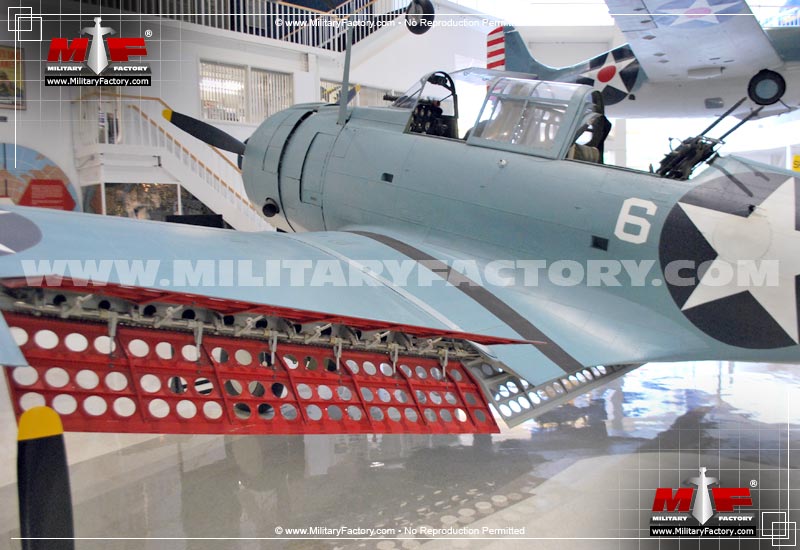 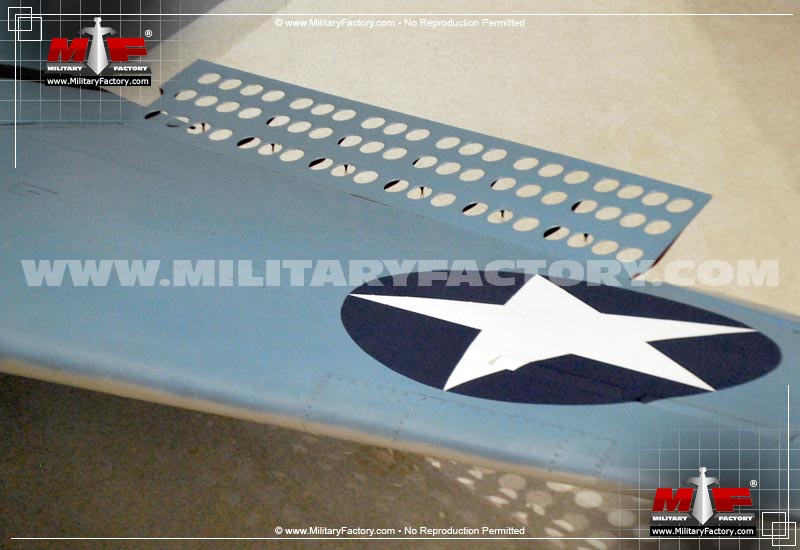 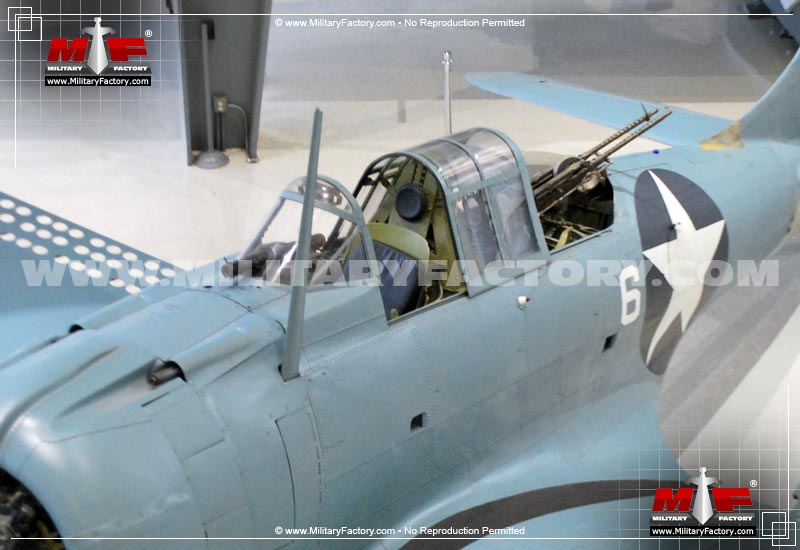 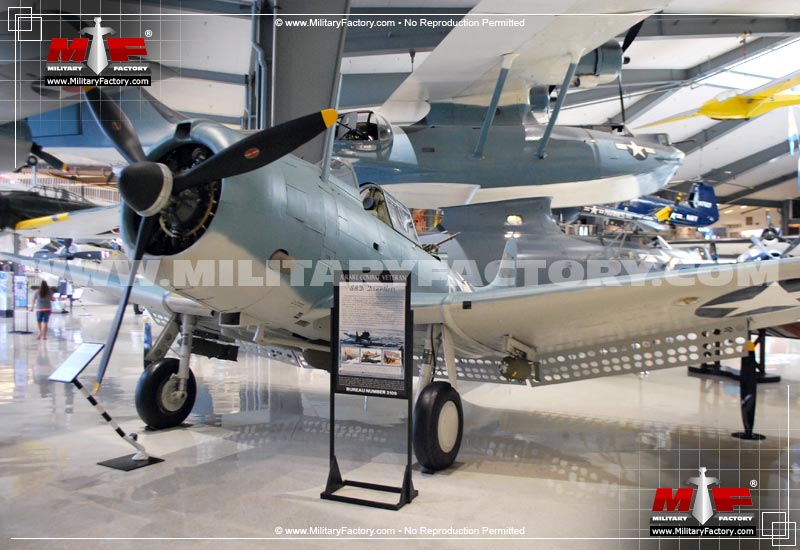 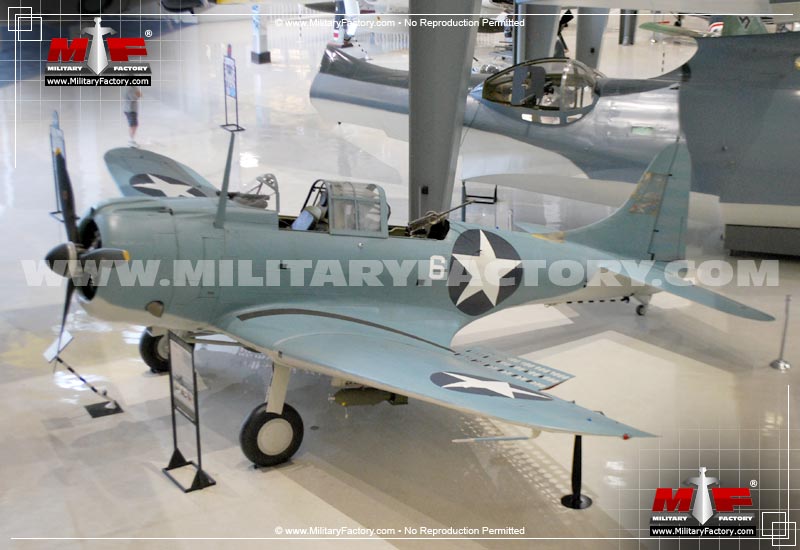 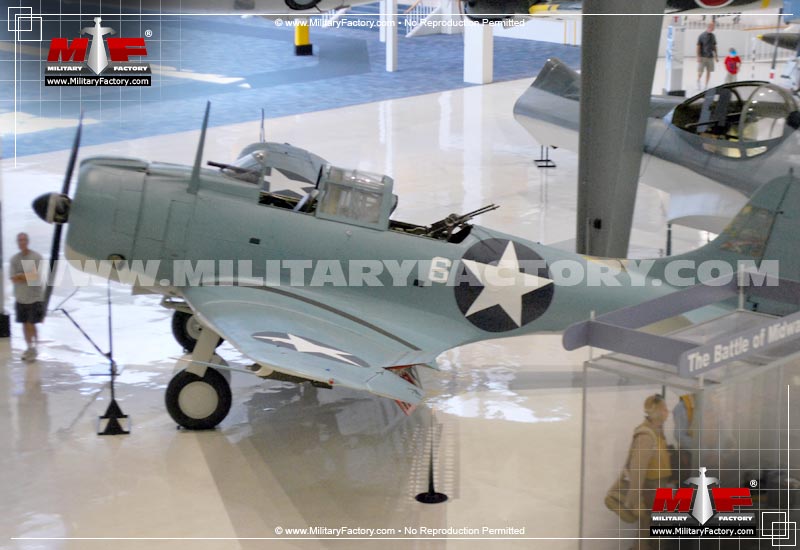 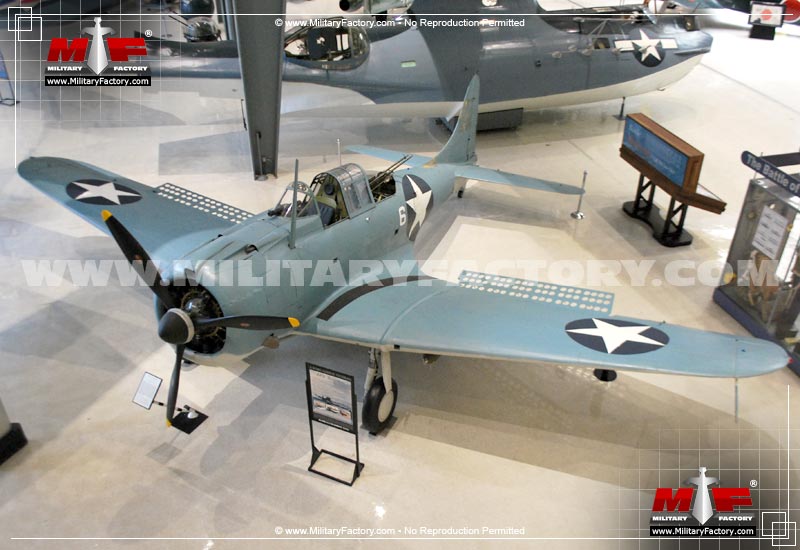 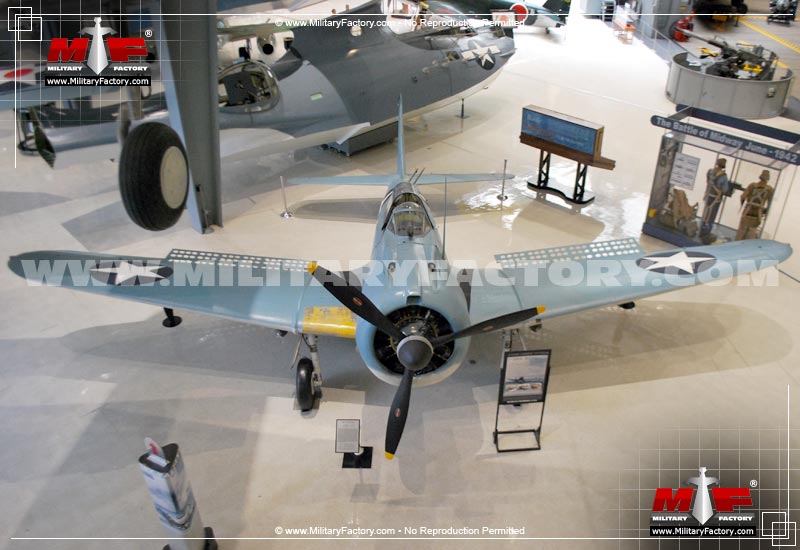 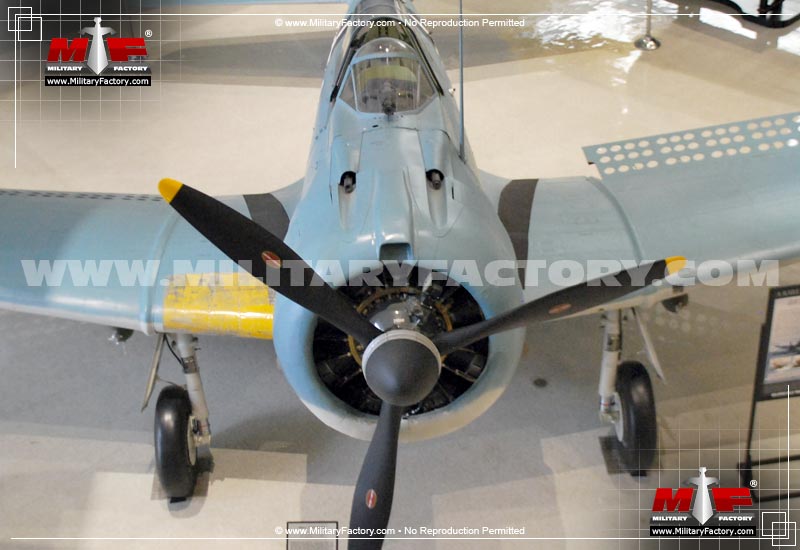 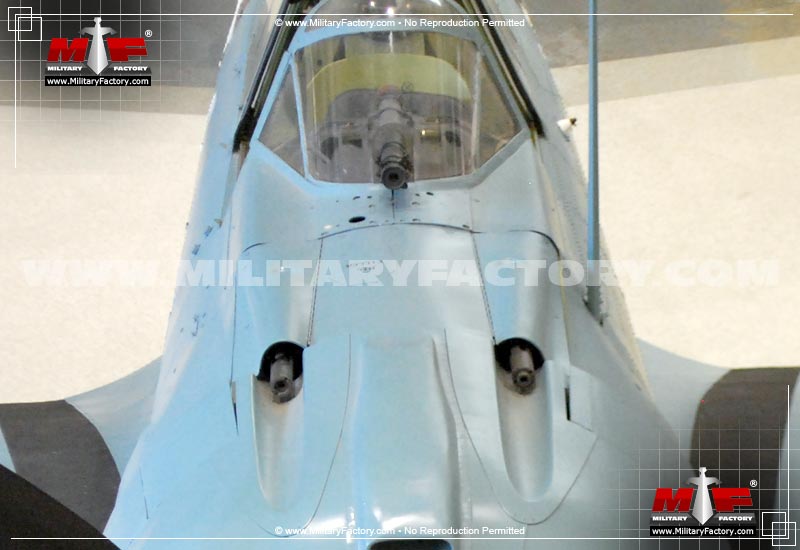 The SBD Dauntless bomber was the principle United States Navy dive bomber in the Pacific Theater of Operations during World War 2.

The Douglas DBS Dauntless dive bomber was a key cog in the America Navy war effort throughout the Pacific during World War 2. Though a product of the middle-to-late 1930's, the type continued to soldier on even as more advanced warplanes were appearing out of American factories as the war progressed. Despite its classification and appearance, the SBD Dauntless could more than handle its own against the lightly armored Japanese fighters in the Theater. The Douglas SBD would build for itself a history of resilience despite its inherent limitations in design - a history that very few other aircraft of the war would be able to match - and be responsible for the sinking of thousands of tons of Japanese shipping.

Design was conventional with the large radial engine mounted in the extreme forward portion of the fuselage, just forward of the cockpit. The glazed cockpit could accommodate two personnel - the pilot in a forward area and the gunner in a rear cockpit, seated back-to-back. The rear cockpit contained a trainable gun position (7.62mm type machine guns) and played a major defensive role in the survival of many an SBD system and crew. The pilot doubled as the bombardier and also manned fixed-forward gun systems which (eventually) would feature two 12.7mm (.50 caliber) heavy machine guns. Wings were of low-wing monoplane types situated under the fuselage and featured the noticeably large perforated dive flaps so consistent with the series. The empennage was a traditional assembly with a single vertical tail surface. The real meat and potatoes for the SBD was in her ability to carried a substantial bomb load that could be supplanted by depth charges if need be. A total of 2,250lb of external ordnance was capable.

Capabilities for the SBD were adequate considering the type, with power derived from the single Wright-brand R-1820 series air-cooled engine rated at over 1,000 horsepower (and achieving progressively better returns as new engines were introduced throughout her production life). Top speeds of 250 miles per hour could be reached along with a ceiling of just around 25,500 feet with a range of well over 1,000 miles. At first glance, the performance specs might have left a little to be desired of in the SBD design but it was soon proven to be a steady performer even when called upon to battle the fabled Japanese fighters. Japanese fighters, though agile and mounting powerful weaponry, were relatively lightly armored (if at all) and offered up a fair fight to the equally-powerful SBD series. The Dauntless would earn itself many an air kill before the end of the war thanks to the know-how and bravery of her crews and deficiencies in the design of her adversary aircraft.

The SBD came online as a development from the Douglas company (after their absorption of the Northrop Corporation) and was designed in request to a new US Navy dive bomber proposal. The XBT-1 was the product of this development and led to limited production of BT-1's. This was followed by a now re-designated XSBD-1 series featuring improvements to flying surfaces and the landing gear and entered official production with the more identifiable "SBD" designation in the initial SBD-1 models. Early versions featured a relatively weak setup of forward-fixed 7.62mm machine guns (x2) and a single trainable gun of equal caliber to cover the rear. The SBD-2 appeared soon after and offered up an increase to fuel capacity. The SBD-3 gave crew members reason to celebrate as a bulletproof windscreen was finally introduced along with self-sealing fuel tanks and improved armor protection. Armament was also revised and improved to the series standard of 2 x 12.7mm machine guns (forward-fixed) and 2 x 7.62mm guns at rear. The SBD-3 also introduced the Wright R-1820-52 powerplant and even better fuel capacity. The definitive SBD model arrived in the SBD-5 which sported the more powerful R-1820-60 series radial with an increase to total ammunition and produced to the tune of some 3,000 examples.
Advertisements

Along with the base SBD models, the Dauntless was also featured as a photographic reconnaissance platform and designated with the appropriate "P" as in SBD-1P, SBD-2P and SBD-3P models. The naval and marine SBD-3, SBD-4 and SBD-5 also formed the basis of the US Army's acquisition of the type in the A-24 "Banshee" guise though these proved far less successful than her Navy sisters. The British Fleet Air Arm took delivery of at least nine SBD-5 models and designated them as the Dauntless DB.Mk I series though these reportedly would never see combat action.

The Dauntless was pressed into service immediately after official hostilities with the Empire of Japan began following Pearl Harbor. They served primarily off of the American carriers (Yorktown, Hornet and Enterprise among the notable) still in operation in the Pacific and led to some early , albeit limited, successes. In any case, their strategic usage allowed for an offensive air arm to be established against the might of the Japanese reach in the region. The Dauntless would soon be in action in the Battle of Coral Sea and the Battle of Midway (sinking four Japanese aircraft carriers), working side-by-side with TBD Devastator torpedo elements to form a deadly one-two punch - with cover provided by the effective F4F Wildcat fighters - against Japanese vessels and shore-line positions. The decisive Battle of Guadalcanal followed along with the Battle of Philippine Sea soon after. American dive bombing techniques improved with the results to show for it. Despite being nearly ten years old with better and newer designs overtaking the role, the SBD continued on with units through to the end of the war.

The SBD Dauntless truly earned her mythical status and became the symbol of American resurgence after the Pearl Harbor attack. The aircraft garnered the affectionate nickname of "Slow But Deadly" to signify her designation and was a favored aircraft by those who understood and respected her capabilities. While the vulnerable "glide bombing" was still considered the route for fighter-bomber hybrids like the SBD, trained Dauntless crews made the most of their "dive bombing" - literally taking the aircraft into a steep angled dive over the target - forays to sink more enemy shipping than any other aircraft in the Pacific Theater. The legendary status of the SBD Dauntless and her crews was indeed earned. An aircraft - whose visual appearance might have done little to the enemy's psyche at first glance - was a sure wake up call to those Japanese sailors manning the flight decks onboard Empire aircraft carriers. A true classical warbird in every sense of the word.

As an interesting side note, the Douglas SBD Dauntless did not feature folding wings, a common feature among carrier aircraft even to this day. Folding wings make for an economical way to maximize storage space aboard space-strapped aircraft carriers. The reasoning behind this design decision on the Dauntless was to provide for a stronger internal wing support structure seeing it that the aircraft - being a dive bomber and all - would be exposed to a tremendous amount of stress in its attacks (made up of high-force combat dives and climbs). The Dauntless would be one of the last US Navy aircraft to not utilize folding wings.

OPTIONAL:
Up to 2,250lb of bombs or depth charges held externally.

Aviation developments of similar form and function, or related to, the Douglas SBD Dauntless...