The Curtiss VF-11B rounded out a trio of submissions to the United States Navy to cover a fleet defense fighter requirement down the road.

Authored By: Staff Writer | Last Edited: 06/06/2022 | Content ©www.MilitaryFactory.com | The following text is exclusive to this site. 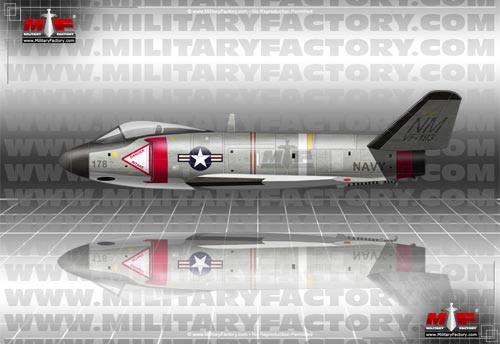 The Curtiss VF-11B was the third, and final, design proposal directed at a potential Untied States Navy (USN) fleet defense fighter requirement in the immediate post-World War 2 period. The first two offerings (detailed elsewhere on this site) were to rely on a tailed delta-wing planform with the original's (VF-11) twin-engine layout given up in favor of the subsequent (VB-11A) proposal's single Rolls-Royce Nene turbojet. By the time of the VF-11B, the aircraft was largely reworked to include swept-back wing mainplanes and a V-style tail arrangement with outward-canted fins.

The consistent qualities between the three designs were: turbojet powered propulsion scheme (with rocket-boosting for enhanced acceleration), tricycle undercarriage, expected carrier equipment / features (arrestor hook, folding wings), all-rocket armament (fired from the lower portside of the nose), and seating for a single crewman under a three-piece canopy.

The VB-11B was certainly the most conventional of the trio mainly due to the mainplanes, these being low-mounted along the sides of the fuselage and swept back at both their leading and trailing edges. The V-style tail unit was a considerable departure but implemented due to collected data championing weight-savings. The British Rolls-Royce "Nene" turbojet was carried over from the A-model proposal and this was to be aspirated by side-mounted intakes as in the first two designs - the expected thrust output rated at around 8,400lb and offering an afterburner capability. With the sloping nose assembly, the pilot was afforded excellent forward vision out-of-the-cockpit and the lowered dorsal line helped to achieve some rearward vision.

As drawn up, this Curtiss naval interceptor was to have a wingspan of 36 feet and a length of 36.2 feet. Maximum Take-Off Weight (MTOW) was to reach 12,000lb and maximum speeds were in the vicinity of 650 miles-per-hour. Rate-of-climb with rocket-boosting was to exceed 20,000 feet-per-minute.

Like the other submissions of the VF-11 series, the VF-11B did not advance beyond this paper stage.
Advertisements

(Showcased performance specifications pertain to the base Curtiss VF-11B production variant. Compare this aircraft entry against any other in our database or View aircraft by powerplant type)
PROPOSED:
6 x 5" (127mm) High-Explosive, fin-stabilized aerial rockets fired from lower port side fuselage. 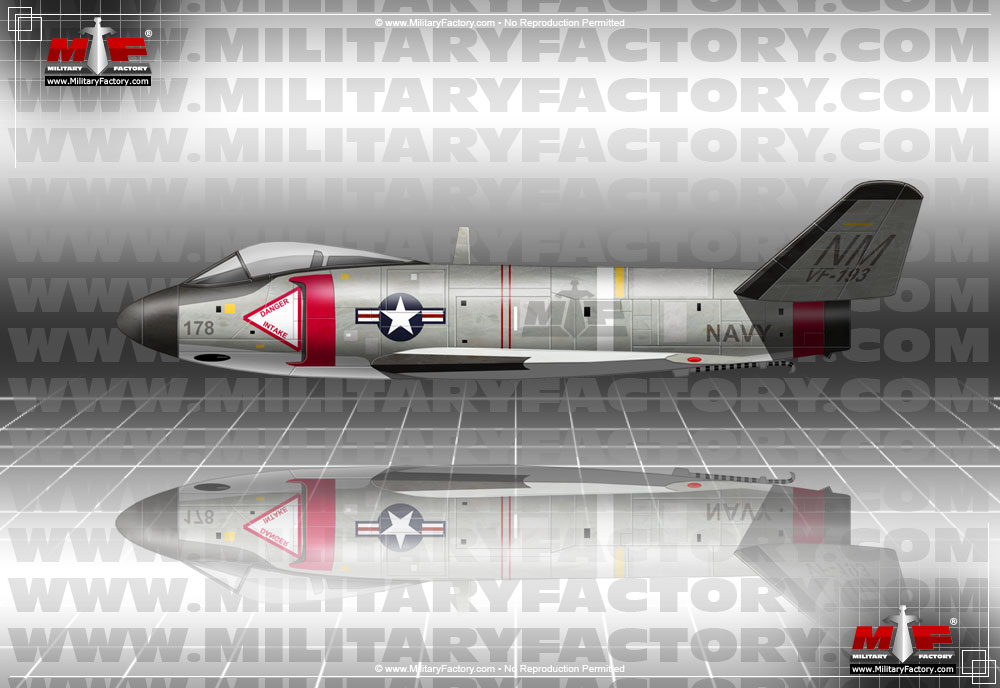