The promising, yet unsuccessful, Lockheed L-169 was proposed to the United States Navy in the post-World War 2 years as a carrierborne long-range fighter.

Authored By: Staff Writer | Last Edited: 05/21/2022 | Content ©www.MilitaryFactory.com | The following text is exclusive to this site. 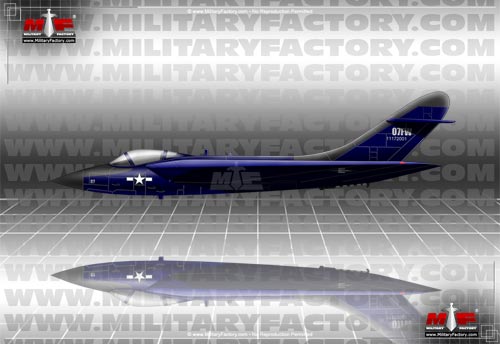 Lockheed engineers drew up plans for their "L-169" project aircraft in 1946-1947 to satisfy a United States Navy (USN) interest for a high-performance, long-range fighter utilizing a delta-wing planform. The resulting design was to feature a single-seat cockpit set over the nose in the usual way with swept-back, large-area blended wing-body planform powered by a pair of turbojet engines buried within the center of the fuselage - this in a traditional side-by-side arrangement. Like other project aircraft of the time, the L-169 was not advanced beyond its paper stage.

The design direction of the blended wing-body delta-wing meant that internal storage volume was considerably increased over that of contemporary fighters while also allowing the outward appearance of the fighter / interceptor to remain very clean, enhancing inherent control / stability due mainly to greater surface area at play. Internally, a pair of Westinghouse 24C series turbojets would be fitted until Lockheed's own L-1000 series jets came online - promising greater performance than the original Westinghouse installations. Coupled with its aerodynamically-refined shape, the L-169 was to have been an agile, high-performance aircraft suitable for the long-range fighter role.

The overall arrangement revealed a sleek offering from Lockheed with many conventional parts making up the sum. This included a retractable tricycle undercarriage for ground-running, an arrestor hook located under the tail for carrier-based landings, and a cruciform tail unit with mid-mounted tailplanes along a single vertical fin structure. The pilot had a commanding view out over and to the sides of the nose thanks to a three-piece canopy and elevated position though views to the rear remained mostly obstructed due to the large surface area of the planform.

The estimated combat range of the fighter was an impressive 1,000 miles to 1,450 miles depending on engine fit and operating altitude. Beyond this, maximum speed would have reached 740 miles-per-hour with a service ceiling beyond 35,000 feet. Rate-of-climb was 11,900 feet-per-minute. Structurally, the airframe has a running length of 44.5 feet and a wing span of 35 feet. Base weight was rated at 17,000lb with an MTOW reaching 21,730lb.

As a fighter / interceptor type, the L-169 was to feature a formidable battery of 6 x 20mm automatic cannons, either placed under the nose (three per fuselage side) or in the wings. In either case, this provided the fighter with an exceptional solution against enemy aircraft and ships prior to the age of the missile. Beyond this, no other armament was mentioned in the proposal.

The general shape of the L-169 was successfully tested as a subscale wind tunnel model with promising results. Even Lockheed championed the idea that a flyable prototype could be made available as soon as 1948 to help win over the Navy. Despite this and an official design review, the project was not evolved by the Navy's BuAer department and fell to the pages of history.©MilitaryFactory.com
Note: The above text is EXCLUSIVE to the site www.MilitaryFactory.com. It is the product of many hours of research and work made possible with the help of contributors, veterans, insiders, and topic specialists. If you happen upon this text anywhere else on the internet or in print, please let us know at MilitaryFactory AT gmail DOT com so that we may take appropriate action against the offender / offending site and continue to protect this original work.
Advertisements

(Showcased performance specifications pertain to the base Lockheed L-169 production variant. Performance specifications showcased above are subject to environmental factors as well as aircraft configuration. Estimates are made when Real Data not available. Compare this aircraft entry against any other in our database or View aircraft by powerplant type)
PROPOSED:
6 x 20mm automatic cannons fitted under the nose or in the wing leading edges. 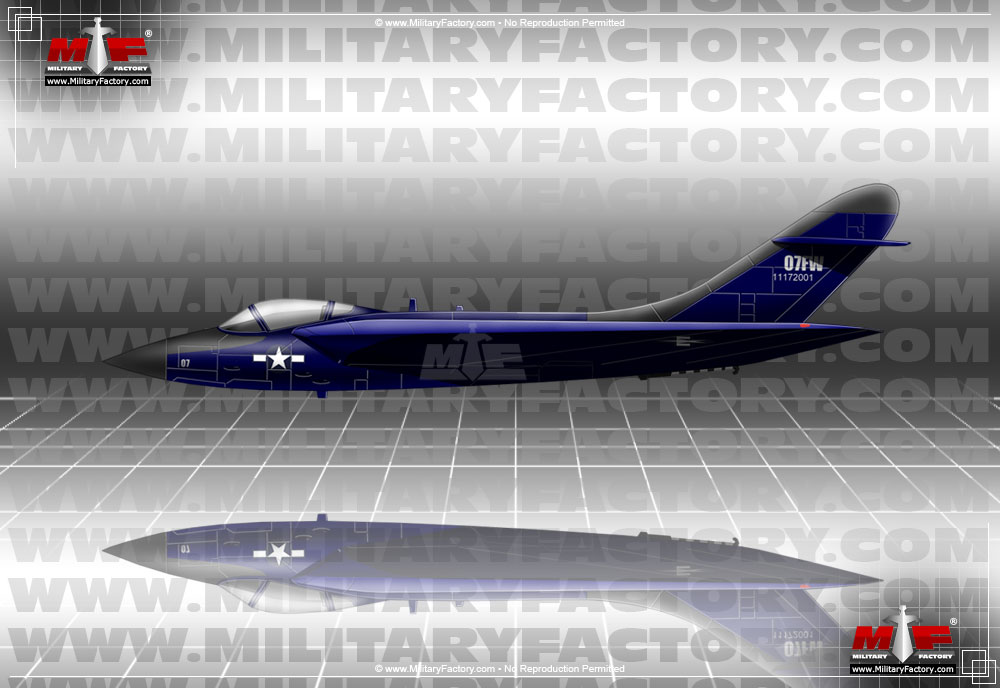