The EDGE QX-6 was debuted at Dubai Air Show 2021 and is an intriguing cargo-minded Unmanned Helicopter System. 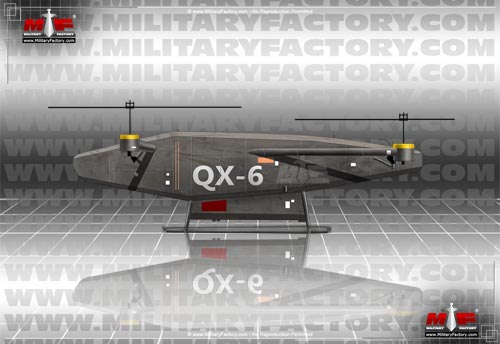 EDGE Group based in the United Arab Emirates (UAE) looks to get its piece of the pie in the potentially-lucrative industry of Unmanned Aircraft Systems (UASs). Founded in the latter part of 2019, the growing company has since revealed promising plans that run the gamut of unmanned air vehicle types. One of the more recent unveilings (this at the Dubai Air Show 2021), was the "QX-6", a rotary-wing (helicopter) UAS designed for the cargo delivery role.

The design sits on a simple four-point landing skid and utilizes multiple three-bladed rotor units for primary lift and general cruising. The fuselage sports slab sides and encloses all pertinent operating systems as well as an internal cargo bay. The complete system weighs 1,100lb (500 kg) and is powered through no fewer than four conventionally-driven piston-based engine units. The QX-6 has a useful rated payload capacity of 330lb (150 kg) and can fly for periods of up to four hours without interference. Beyond the cargo bay, the helicopter system will be able to sling loads under its fuselage to support larger loads.

The QX-6 is marketed to both military and civilian circles where, in the latter, the type can be used in humanitarian operations as well as serve the Oil and Gas (OaG) industry by moving supplies to offshore rigs and lower cost than manned helicopter types. The military role is quite clear where the QX-6 could be used to resupply forward-operating units within harm's reach - without risking pilots and providing for a smaller target against ground-based fire.©MilitaryFactory.com
Note: The above text is EXCLUSIVE to the site www.MilitaryFactory.com. It is the product of many hours of research and work made possible with the help of contributors, veterans, insiders, and topic specialists. If you happen upon this text anywhere else on the internet or in print, please let us know at MilitaryFactory AT gmail DOT com so that we may take appropriate action against the offender / offending site and continue to protect this original work.


(Not all ordnance types may be represented in the showcase above)
QX-6 - Base Series Designation. 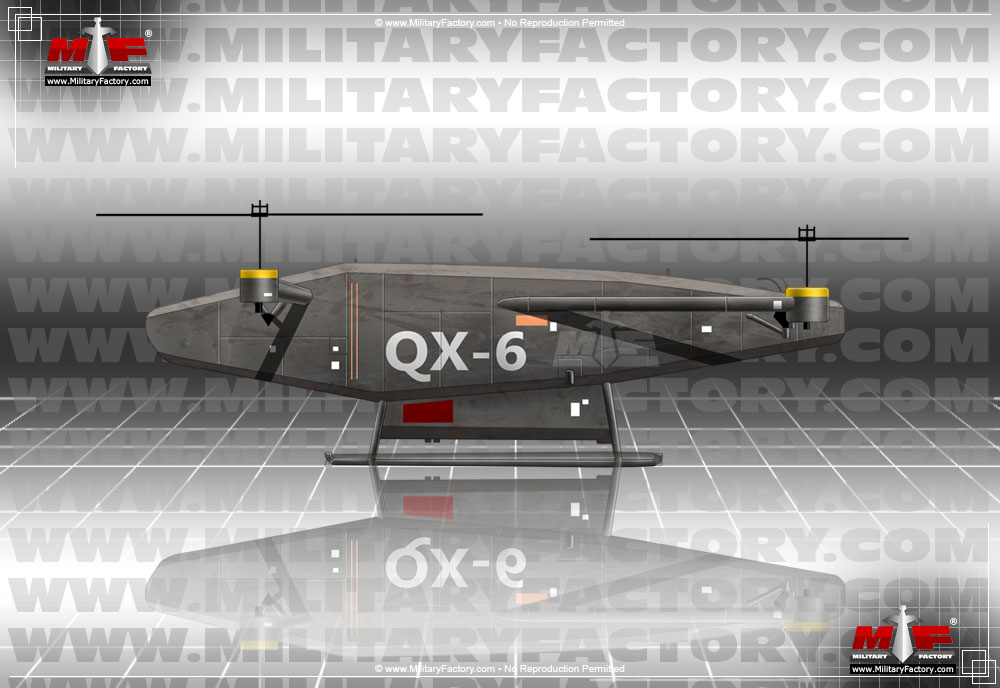