The post-World War 2 Hawker P.1048 was briefly considered for the Interceptor Fighter role - it did not progress beyond the paper stage. 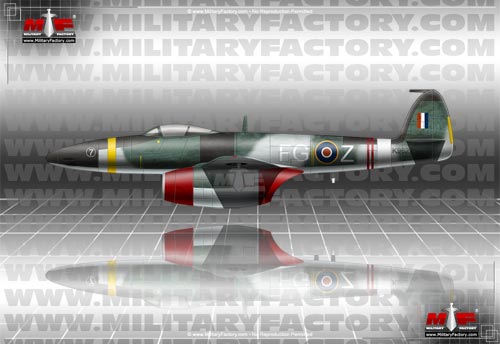 The little-known P.1048 (P.1048/1) was a project "interceptor fighter" developed by Hawker / Hawker-Siddeley against British Air Ministry Specification 1.46 in 1946. The aircraft shared similarities with two others of the period, namely the German Luftwaffe's war time Messerschmitt Me 262 and the British Gloster Meteor, both designs going on to see operational-level service. The P.1048, however, did not advanced beyond its basic drawing board stage and ultimately fell to the pages of history.

The interceptor fighter was a simple concept built around quick reaction take-off and high-speed flight. Once airborne, the aircraft would fly to meet up enemy bombers or escorts and unleash cannon fire or rockets in an attempt to destroy the advance.

What is known of the P.1048 was that it would have carried 2 x 30mm ADEN automatic cannons in the nose. Its engine pair would be podded and underslung, the powerplants being Rolls-Royce AJ.65 (AJ = "Axial Jet") series "Avon" turbojet units providing the necessary thrust / output power for fast acceleration and high-speed flight. Dimensions included a running length of 41 feet and a wingspan of 39.5 feet.

Externally, the aircraft was an elongated Me 262 with a slim, streamlined nose assembly and the cockpit just aft. The cockpit resided over and ahead of the mainplanes which themselves were seated ahead of midships. The mainplanes were straight in their general form and tapered towards the wing tips - the trailing edge seeing considerably more sweep than the leading edge. With the underslung engines, the center of gravity would climb towards the front of the aircraft so a modern tricycle (retractable) undercarriage would be fitted for ground-running. The sleek design tapered to the rear to which a conventional single-finned tail unit was fitted. Horizontal tailplanes were mounted relatively low along the sides of the rudder.

The podded nature of the turbojet engines meant easy access to the units and easy replacement when maintaining / repairing the aircraft. The AJ.65 made its way into other critical British designs of the time including the de Havilland Comet, English Electric Lightning, and the Hawker Hunter.

Beyond the twin cannon armament, no other weaponry was proposed though it can be assumed that aerial rockets and possible bombs would have made their way into the arsenal of this promising jet design.

Performance figures on this page for this entry are estimates by the author.©MilitaryFactory.com
Note: The above text is EXCLUSIVE to the site www.MilitaryFactory.com. It is the product of many hours of research and work made possible with the help of contributors, veterans, insiders, and topic specialists. If you happen upon this text anywhere else on the internet or in print, please let us know at MilitaryFactory AT gmail DOT com so that we may take appropriate action against the offender / offending site and continue to protect this original work.
Advertisements

(Showcased performance specifications pertain to the Hawker P.1048/1 production variant. Compare this aircraft entry against any other in our database or View aircraft by powerplant type)
PROPOSED:
2 x 30mm ADEN automatic cannons in the nose. 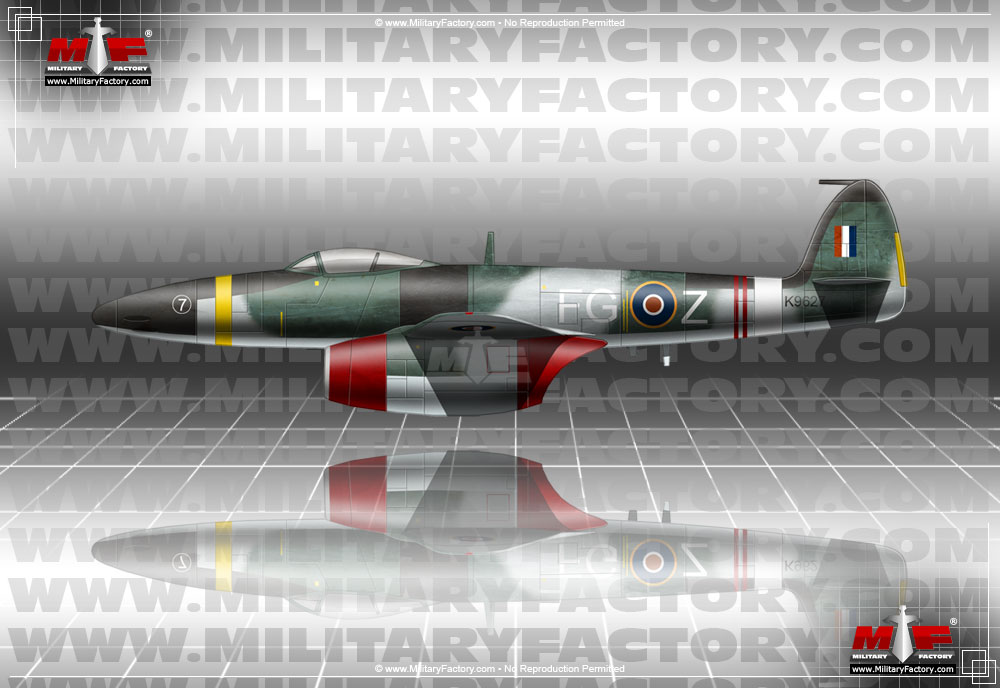