The Thales SpyRanger is a dedicated ISR mini-UAV and has seen success with French troops in Mali. 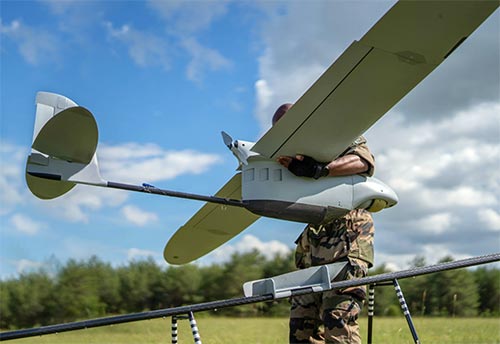 The Thales Spy'Ranger is a classified as a "mini-UAV" dedicated to the Intelligence-Surveillance-Reconnaissance (ISR) role over the battlefield. It is designed as a forward-operating solution to provide ground-commanders with the needed "eye-in-the-sky", delivering real-time information when and where it is needed most through a versatile, robust design operating in both day and night time hours. Beyond this, the air system has obvious uses as an artillery-direction platform and in humanitarian operations.

Design of this UAV is conventional with the main components housed in a hardened streamlined body. The optics set is seated at the "chin" position under the fuselage nose, offering an unobstructed view of the terrain below, with the engine buried aft within the housing. The electric drive is used to power a two-bladed propeller unit in "pusher" arrangement at the rear of the fuselage. A support stem originates from the lower fuselage and is capped at the extreme aft-end of the vehicle with a single-rudder fin straddled by a pair of horizontal tailplanes. The mainplanes are seated at shoulder-height along the sides of the fuselage and are of straight design with rounded tips.

The series benefits from quick set-up times in-the-field, the UAV deployable within a twenty-minute window. A single solider can manage arrangement and launching of the complete system, such is its portability. Launched via rail assembly, the drone can reach speeds between 65 and 90 kmh, depending on variant in play, with the electric engine providing for much quieter performance and lower-maintenance commitment. The onboard optics set includes full HD video/IR feeds and a laser rangefinder. An autonomous function is built into the Spy'Ranger's design as is a secure high-rate datalink. If the link is lost for whatever reason, the aircraft automatically returns to a preset point for retrieval. Manual operation is through a conventional Ground Control Station (GCS) - the "Spy'C" - which affords two-system linking to a single GCS. The operator can enter the needed waypoints and the aircraft element, once airborne, flies to the designated locations as needed, complete with terrain avoidance capabilities.

Two versions of the Spy'Ranger are currently marketed; the Model 330 and Model 550 series. The Model 330 is the basic, portable form featuring a 4 meter wingspan, 15 kilogram payload capacity, 3 hour flight time, and 30 kilometer operating range. The Model 550 increases the wingspan to 5.2 meters, the payload capacity to 25 kilograms, flight time to 5 hours, and operational ranges out to 50 kilometers.

The Spy'Ranger has seen active service with French forces (Spy'Ranger 330 variant) battling internal unrest across Mali throughout 2020.©MilitaryFactory.com
Note: The above text is EXCLUSIVE to the site www.MilitaryFactory.com. It is the product of many hours of research and work made possible with the help of contributors, veterans, insiders, and topic specialists. If you happen upon this text anywhere else on the internet or in print, please let us know at MilitaryFactory AT gmail DOT com so that we may take appropriate action against the offender / offending site and continue to protect this original work.
Advertisements

(Showcased performance specifications pertain to the SpyRanger 550 production variant. Performance specifications showcased above are subject to environmental factors as well as aircraft configuration. Estimates are made when Real Data not available. Compare this aircraft entry against any other in our database or View aircraft by powerplant type)
None. Payload limited to equipment for the ISR (Intelligence-Surveillance-Reconnaissance) role. 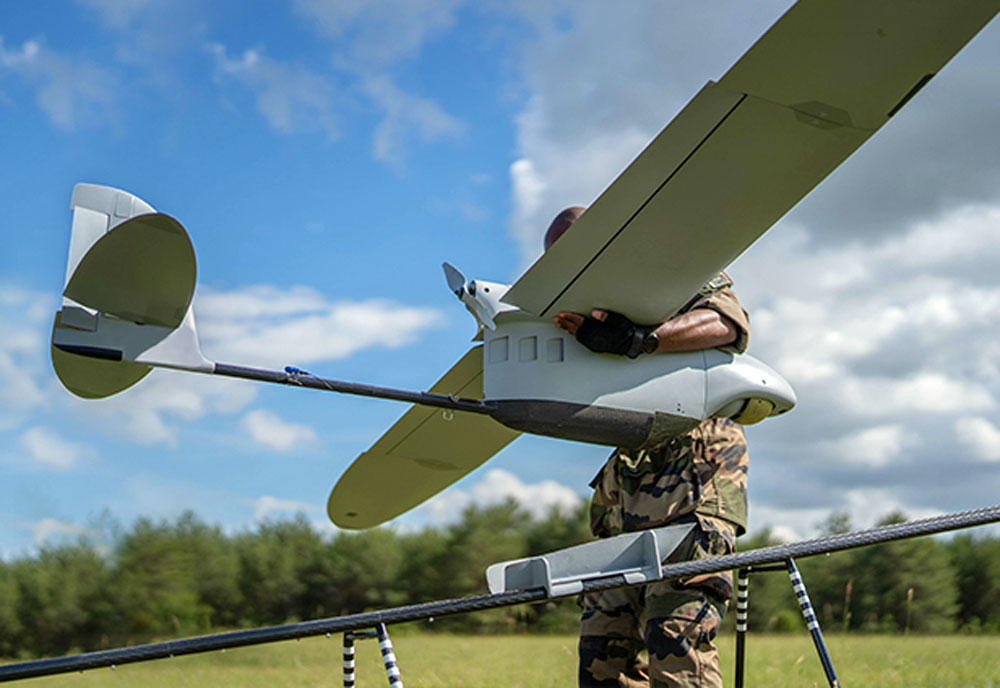