The PZL P.24 was a Polish-originated, export-minded monoplane fighter of the pre-World War 2 era but saw service into the Cold War period.

Authored By: Staff Writer | Last Edited: 09/24/2020 | Content ©www.MilitaryFactory.com | The following text is exclusive to this site. 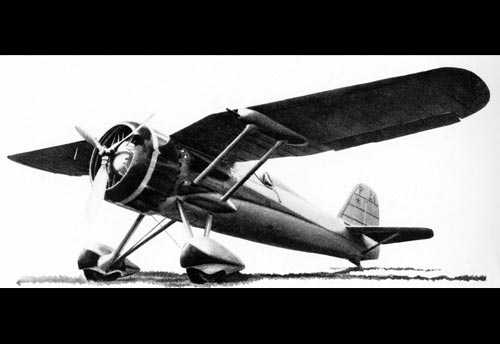 The monoplane would have to wait decades before seeing widespread acceptance in the inventories of the world powers following World War 1 (1914-1918). A few designs were trialed and pushed during The Great War and developments of the 1920s continued to accelerate concepts but it was not until more reliable wing mainplanes, coupled with more powerful engines, that the monoplane began to take center stage for future aircraft design.

Poland once joined other world powers at the forefront of aviation technology and, during the 1920s, it evolved a line of notable monoplane fighters that began with the single-seat, single-engine, high-winged PZL "P.1" prototype in 1929. Just two were built by state-owned Panstwowe Zaklady Lotnicze (PZL) and its design attributed to prolific aeronautical engineer Zygmunt Pulawski. In time, the inline-powered P.1 was advanced into the radial-powered "P.6", "P.7", and "P.11" forms of the early 1930s - the pair continuing the proven traits, particularly its high wing mounting, that made the prototype P.1 exceptional for its time. Interestingly, Polish authorities were not sold on inline engines, hence the reliance on air-cooled radials from here on out.

By 1933, the Polish Air Force became the first in the world to field a fleet of fighters consisting of all-metal-skinned monoplanes - certainly ahead of its time.

Like the other fighters in the series, the P.24 became another slight evolution in the family line. It was more or less an export-minded version of the P.11 (of which 325 were produced with service introduction had in 1934). The P.24 became a success all its own, introduced in 1936 and operated into the 1960s with production reaching nearly 300 units.

The P.24's prototype flew for the first time during May of 1933 and its second prototype broke air speed records in June of 1934 when it clocked 257.2 miles-per-hour in testing. The Paris Air Show of 1934 also entrenched the P.24 as the best example of a modern day military fighter - exhibiting the necessary performance, handling, and firepower required of the type in the modern age.

Beyond its high-wing arrangement - which served as something of a bridge between the biplanes of old and the low-wing monoplanes still to come - the aircraft showcased a general conventional design that followed accepted traditions. This included a nose-mounted (radial) engine, midships cockpit (enclosed via canopy, another future quality), and triple-plane tail configuration (single rudder, twin horizontal planes). The undercarriage was of a traditional "tail-dragger" form and fixed during flight, the main legs spatted for aerodynamic efficiency. The high wing mainplanes gave the perfect balance of lift-versus-drag and its gull-wing style was said to aid pilot vision - making for a very controllable, high-performance solution.

Power (P.24G) was from a French Gnome-Rhone 14-N7 14-cylinder, air-cooled, radial piston engine driving a three-bladed variable-pitch propeller unit at the nose. Dimensions included a length of 24.6 feet, a wingspan of 35.1 feet, and a height of 8.9 feet. Empty weight was 2,930lb against an MTOW of 4,410lb. Performance allowed for a maximum speed of 250 miles-per-hour, range of 430 miles, and service ceiling of 30,000 feet - all being exceptional qualities for an early-1930s fighter. Depending on model variant, the fighter could field machine guns, automatic cannons, or a combination of the two. A bomb-carrying capability was added to some to further enhance tactical value.©MilitaryFactory.com
Advertisements

Despite its excellent traits, the series was never formally adopted by the Polish Air Force for its export-centric design was always intended it for the global market. It found key operators in Romania and Turkey which took to local, licensed production of the type. Joining them were eventually Bulgaria, Ethiopia, and Greece (the Hellenic Air Force) through purchases. A surge in orders occurred prior to the German-Soviet invasion of Poland in September of 1939, with prospective operators to be had in Estonia, Finland, Hungary, and Yugoslavia, but these never materialized for obvious reasons. Caught up in a new European War, P.24s were pressed into service against more modern types and gave a fair showing. The Greeks operated their fleet until the start of 1941 - facing off against the best of the German Luftwaffe and Italian Air Force for their contribution to the Grand Conflict.

Variants in the P.24 line proved plenty: original forms were marked simply as P.24 and entered service as P.24A. These were followed by P.24B which carried 4 x 7.7mm machine guns in fixed, forward-firing mountings. The P.24C continued the B-model qualities but added a bomb-carrying ability (2 x 50kg drop bombs). Then came the P.24D intended for Hungary but never acted upon. The P.24E was a license-built model by Romanian aero-industry, handled by IAR and delivered as the IAR P.24E.

The P.24F deleted two of the original machine guns and added 2 x 20mm automatic cannons in their place - enhancing combat abilities to the max. This included 2 x 7.7mm machine guns and a bomb-carrying ability while being powered by the French Gnome-Rhone 14N-07 series engine of 970 horsepower. The P.24G was the final production model of the series in 1937, powered by the same engine as the F-models but reverting to 4 x 7.7mm machine gun armament.

The P.24H was a proposed fighter form to be powered by the Gnome-Rhone 14N-21 engine of 1,100 horsepower. Its armament would be upgraded to 4 x 20mm cannons and 2 x 7.7mm machine guns to further evolve the combat platform. However, the P.24 was competing against the entrenched P.11 and the rise in tensions with neighboring Germany so fell to naught.

The P.24J was a proposed export-level offering armed through 4 x 20mm cannons but went nowhere. The P-24/I was proposed with 2 x 7.92mm Vickers Machine Guns. The P.24/II followed and was to field 2 x 7.92mm Vickers with 2 x 20mm Oerlikon cannons. The P.24/III was similar to the II-model and equally went nowhere.©MilitaryFactory.com
Note: The above text is EXCLUSIVE to the site www.MilitaryFactory.com. It is the product of many hours of research and work made possible with the help of contributors, veterans, insiders, and topic specialists. If you happen upon this text anywhere else on the internet or in print, please let us know at MilitaryFactory AT gmail DOT com so that we may take appropriate action against the offender / offending site and continue to protect this original work.
Advertisements

(Showcased performance specifications pertain to the base PZL P.24 production variant. Performance specifications showcased above are subject to environmental factors as well as aircraft configuration. Estimates are made when Real Data not available. Compare this aircraft entry against any other in our database or View aircraft by powerplant type)
STANDARD, FIXED (ORIGINAL):
2 x 7.7mm machine guns in fixed, forward-firing mountings.
2 x 20mm automatic cannons in fixed, forward-firing mountings. 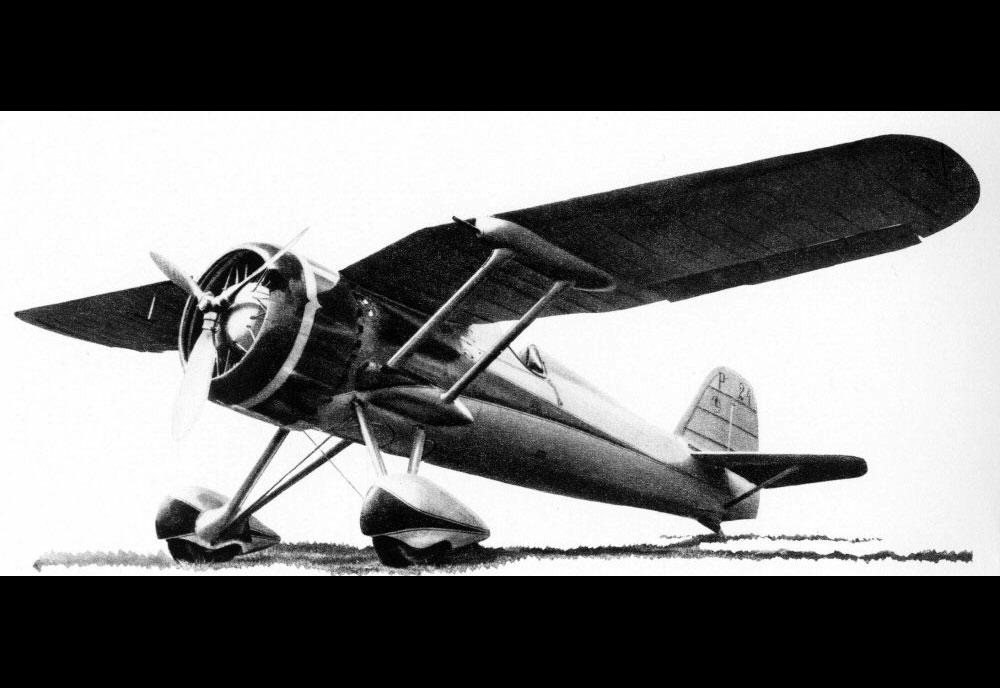 Aviation developments of similar form and function, or related to, the PZL P.24...