The Mikoyan-Gurevich MiG-27 was an all-new, strike-minded variant of the successful MiG-23 interceptor.

Authored By: Dan Alex | Last Edited: 07/22/2021 | Content ©www.MilitaryFactory.com | The following text is exclusive to this site. 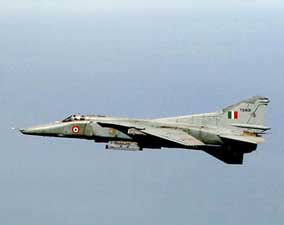 The Mikoyan MiG-27 "Flogger" was derived from the successful MiG-23 "Flogger" interceptor and made into a dedicated ground attack aircraft. The swing-wing capabilities of the original Flogger lent itself well to the low-level activities and short take-off and landings inherent in the close-support role. However, the MiG-27 failed to become as numerous as the MiG-23 before it for other capable Soviet systems (such as the MiG-23 fighter-bomber versions and the adaptable Sukhoi Su-25 "Frogfoot") more than made up the same role. As such, production was restricted and the operators list was limited to a few Warsaw Pact nations and some Third World allies. Of note was the license construction/production of the MiG-27 by HAL of India.

The MiG-27 designation was used by the Mikoyan-Gurevich firm some time before, this occurring while trying to fulfill another Soviet requirement for a dedicated low-level close-support aircraft. While this aircraft went on to become the Sukhoi Su-25 "Frogfoot", the MiG-27 designation resurfaced again in the dedicated ground-attack version of the MiG-23 interceptor. The MiG-27 retained the same NATO codename of "Flogger" as the MiG-23.

Development of the Flogger fighter always included provision for making it a dedicated strike version. The original MiG-23 was an interceptor at heart, built on straight-line speed and designed to engage in air-to-air combat with ground strike as a secondary (albeit limited) role. The MiG-23 entered service in the early 1970s and replaced the aging MiG-21 "Fishbeds" in their air defense roles. The MiG-21, while fast and capable, suffered from having short range and a limited ordnance capability. The arrival of the MiG-23 remedied that.

Though the MiG-23 was converted into a modified fighter-bomber version, it still retained much of its "fighter" origins and served as more of an interim design than the vision Soviet authorities had. However, the aircraft was cheap to produce, robust, reliable and - with some modifications - could be made adapted into a more dedicated role. The result was the MiG-23BM "Experimental" which ultimately became the MiG-27 "Flogger".

The new MiG-27 proved a promising endeavor that the type was put into production straight from the drawing boards. First flight was achieved in 1972. The first available examples were shipped to Soviet air groups based in Germany as a show of force against NATO forces there.

The MiG-27 retained much of the external features of the MiG-23 before it. The most discernable piece became the redesigned nose cone. As a low-level strike fighter, the MiG-27 had little need for an advanced air-to-air radar as found in the interceptor. The new radar-less nose assembly sported a sleeker look and promoted better look-down views from the cockpit. The cockpit itself was given a new canopy with less framing and a raised pilot seat position. The windscreen was armored as were the cockpit walls to coincide with the new Flogger's low-level role. The engine was a simplified form of the interceptor brand and fitted in a revised rear fuselage with a two-stage afterburner nozzle. An extra underfuselage hardpoint was also introduced.

The wings remained the "bread-and-butter" of the new Flogger. Three wing sweep positions could be called upon in-flight to assist in three distinct modes of flying. The fully-extended wing sweep afforded good low-level/low-speed control during take-off and landing as it induced more drag and generated increasing lift. The intermediate wing sweep mode was a balanced setting used during the normal cruise state. The extreme wing sweep was used in the high-performance role for it promoted a smaller forward area profile and less drag to achieve and maintain top straight-line speeds at Mach 1+. The wings were high-mounted along the upper portion of the fuselage and extended from fixed wing "gloves" emanating from the upper fuselage. The upper fuselage also housed the heavy and complicated mechanism needed to control the wing sweep.

As a departure from previous Mikoyan-Gurevich designs, the MiG-27 featured side-mounted rectangular intakes to make room for the nose cone at front. The inlets were fixed and fed the single Soyuz powerplant situated in the middle of the fuselage. A raised fuselage spine blocked most of the critical rear view from the cockpit and led up into a tapered swept vertical tail fin. The vertical tail fin was balanced by a ventral tail fin also with sweep. The horizontal tailplanes were high-mounted and straddled either side of the jetpipe.

The MiG-27 was produced in only two major variants covered under the NATO codenames of "Flogger-D" and "Flogger-J", though each held their own notable sub-variants.

The MiG-27 was the base "vanilla" production model designation and sported a revised canopy (no central vertical frame thus improving vision out of the cockpit and also simplifying the ejection process). Special electro-optical and radio gear was installed in bullet fairings on the wing gloves and the original MiG-23 twin-barreled 23mm cannon was replaced by a six-barreled GSh-6-23M 23mm Gatling gun.©MilitaryFactory.com
Advertisements

The MiG-27D was a dedicated nuclear strike derivative that was kept on stand-by to guard against any perceived nuclear air attack (the Americans had developed their long-range, swing-wing, nuclear-capable General Dynamics FB-111 Aardvark bomber by then). These Floggers were fitted with the RSBN-6S nav-attack system for the particular job at hand. Production began in 1973 and lasted until 1977 to which some 560 total examples were produced.

The MiG-27 and the MiG-27D fell under the NATO "Flogger-D" codename.

The MiG-27M was an upgrade to the Flogger-D production line. The electro-optical and radio-frequency heads of the original models were removed and the laser rangefinder window in the nose was enlarged. The type originally retained the GSh-6-23M Gatling gun but later gave way to a more powerful GSh-6-30 Gatling gun of 30mm caliber. The Electronic CounterMeasures (ECM) suite was upgraded to counter new ground-based threats and a new PrNK-23K navigation/attack system was introduced. The new suite enabled greater automation to cut down on pilot responsibility and fatigue. These new upgrades only netted a production total of 150 aircraft, with construction taking place from 1978 to 1983. Sri Lanka became a client of this Flogger type by way of Ukraine and put them into action against Tamil Tiger elements.

The MiG-27K became the final Soviet/Russian production ground attack Flogger. It incorporated an onboard Fone-brand laser designator and could now be used in conjunction with new TV-guided ordnance. The nav-attack system revolved around the PrNK-23K. Like the MiG-27M before it, the MiG-27K also upgraded its early 23mm Gatling gun with the more powerful and potent 30mm system and the weapons suite as a whole was revised and customized for easier weapons selection and delivery. This new Flogger allowed for actions in day-or-night and in bad weather, proving an accurate bombing platform as a result. The Radar Warning Receiver (RWR) and its applicable Electronic CounterMeasures suite were enhanced to auto-respond to incoming threats. Some 200 K-models were ultimately produced. The Fone laser rangefinder eventually gave way a newer Klen-brand system.

The MiG-27K was powered by a single Khatchaturov R-29-300 afterburning turbojet engine developing up to 18,300lbf on standard thrust and up to 27,600lbf with afterburner. Top speed was listed at approximately Mach 1.77 at 26,000 feet altitude. Ferry range was limited to 1,550 miles while the service ceiling was restricted to 45,900 feet. Rate-of-climb was 39,400 feet-per-minute.

The MiG-27 was developed into an export model by way of the MiG-27L. India was the major customer to which Mikoyan and the Soviet government sent the aircraft in parts to the South Asian nation for indigenous production. The MiG-27L was based on the MiG-27M and differed only in a revised Infra-Red Search and Track (IRST) housing under the nose. HAL of India handled construction of some 130 total examples.

India was also the recipient of an indigenous upgrade program that produced the improved MiG-27H in 1988. MiG-27Ls were used in the upgrade program and fitted with French-based avionics. The aircraft sported a lighter operating weight and included a revised cockpit introducing twin MFDs (Multi-Function Displays), GPS navigation and a new HUD (Heads-Up Display) among other modern additions. There was also an optional French-based Agave or Russian-based Komar radar system to be housed in the nose radome for improved air-to-air and anti-ship capability as needed. The upgrade program covered some 140 to 180 aircraft.

The NATO codenames of "Flogger-J" encompassed the MiG-27M, MiG-27L and MiG-27H. The MiG-27K took on the similar NATO codename of "Flogger-J2". All Flogger-Js have the identifiable bullet fairing on the wing glove as well as wing leading edge extensions. Their ILS antenna have been moved from the nose to the port side of the forward fuselage.

Despite the success of the original MiG-23 interceptor model, the MiG-27 did not see similar results through overseas sales. Only some 1,075 MiG-27s made it into circulation with production running from 1970 to 1986. The MiG-27 saw its first combat in actions over Afghanistan during the Soviet invasion in the 1980s. Deployment was at regiment strength to Shindand and consisted of the MiG-27D mark. The aircraft was called to actions against the American-backed Mujahedeen rebels.

As of this writing, current operators of the MiG-27 Flogger series remain Cuba, Iran, Kazakhstan and Sri Lanka. Former operators were India (retired in 2008 with the Indian Air Force), Ukraine and the Soviet Union/Russia. Russia still maintains a bevy of Floggers in storage and reserve though the last were retired from operational status in the 1990s.

Due to its redesigned nose over that of the MiG-23 interceptor, pilots affectionately referred to their MiG-27s as "Platypus".©MilitaryFactory.com
Note: The above text is EXCLUSIVE to the site www.MilitaryFactory.com. It is the product of many hours of research and work made possible with the help of contributors, veterans, insiders, and topic specialists. If you happen upon this text anywhere else on the internet or in print, please let us know at MilitaryFactory AT gmail DOT com so that we may take appropriate action against the offender / offending site and continue to protect this original work.
Advertisements

(Showcased performance specifications pertain to the Mikoyan MiG-27K (Flogger-J2) production variant. Performance specifications showcased above are subject to environmental factors as well as aircraft configuration. Estimates are made when Real Data not available. Compare this aircraft entry against any other in our database or View aircraft by powerplant type)
ORIGINAL STANDARD:
1 x 23mm GSh-6-23M six-barreled Gatling-style gun.

General Assessment
Firepower
Performance
Survivability
Versatility
Impact
Values are derrived from a variety of categories related to the design, overall function, and historical influence of this aircraft in aviation history.
Overall Rating
The overall rating takes into account over 60 individual factors related to this aircraft entry.
92
Rating is out of a possible 100 points.
Firepower Index (BETA) 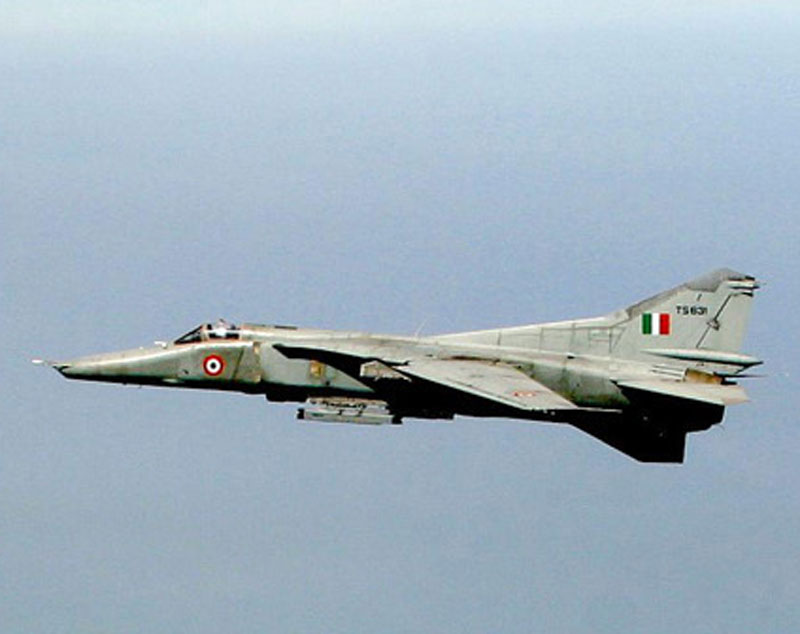 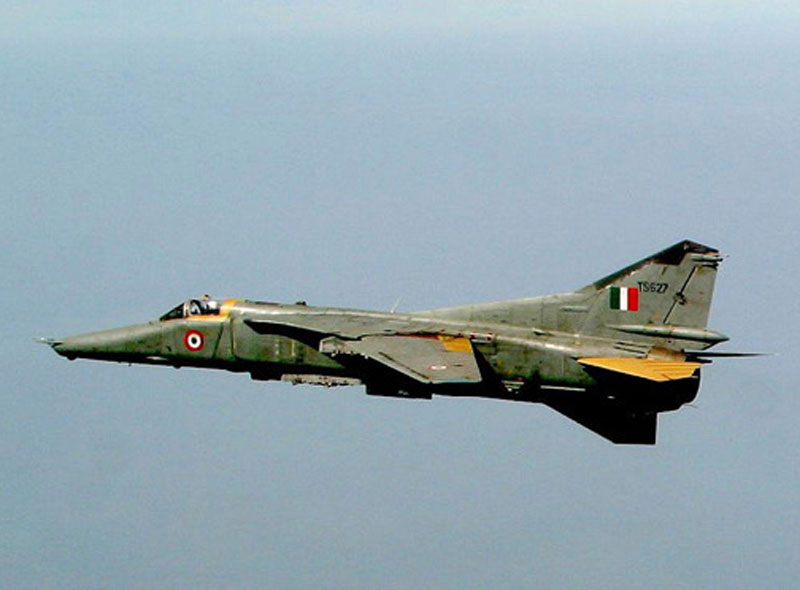 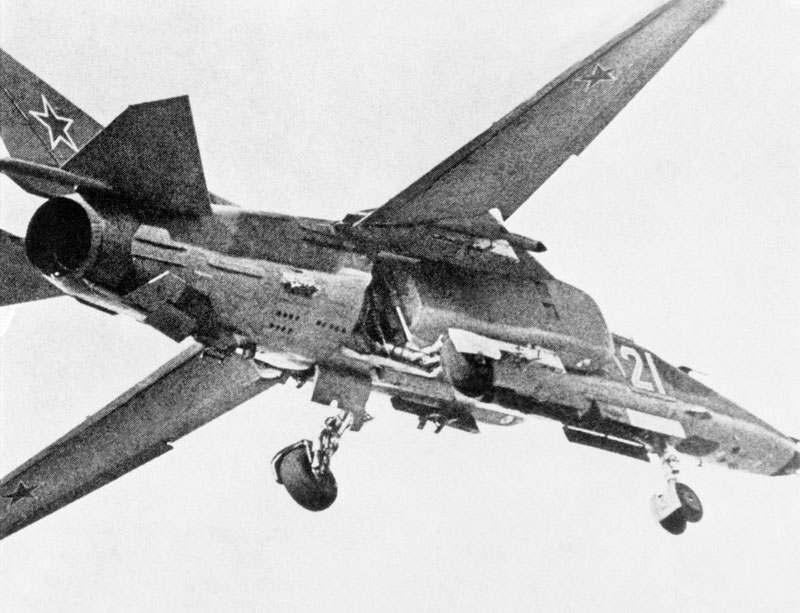 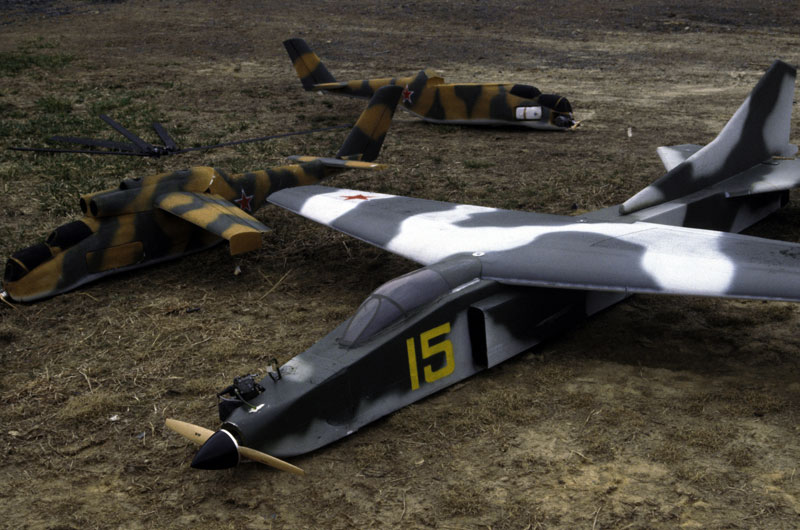 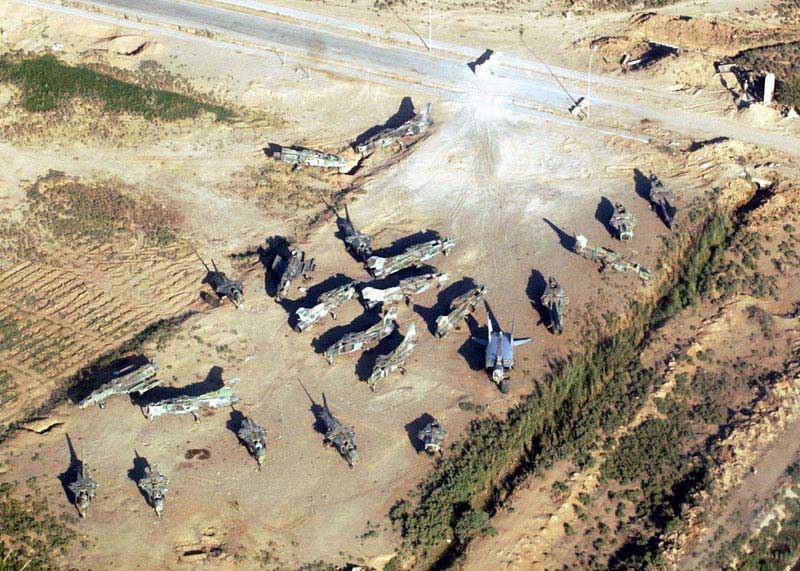 An aircraft boneyard in Iraq made up primarily of old Mikoyan-Gurevich Floggers; color
7 / 7 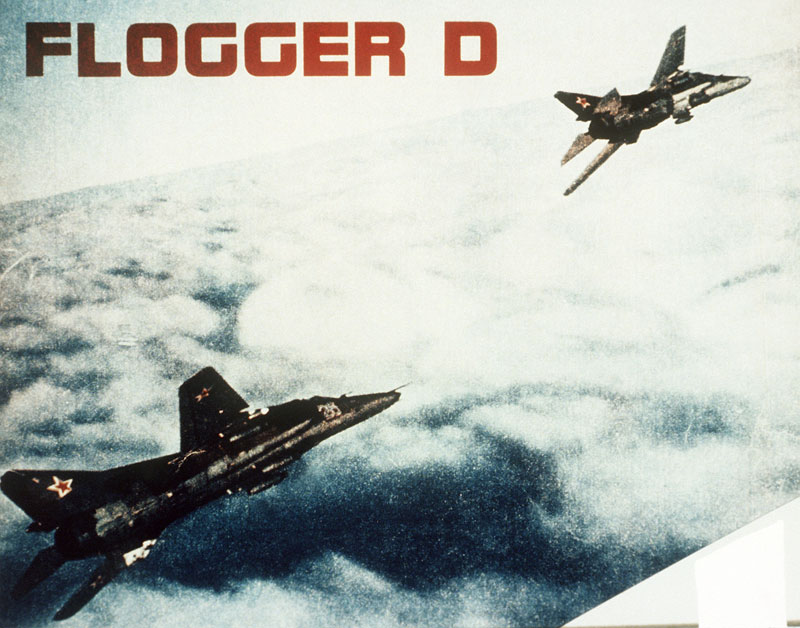 An old US propaganda shot of a pair of Mikoyan-Gurevich MiG-27(?) Floggers in flight; color
❮ ❯

Aviation developments of similar form and function, or related to, the Mikoyan MiG-27 (Flogger)...