The IE Black Eagle represents an Indonesian aerospace effort to produce a local UCAV solution for its armed forces.

Authored By: Staff Writer | Last Edited: 01/08/2020 | Content ©www.MilitaryFactory.com | The following text is exclusive to this site. 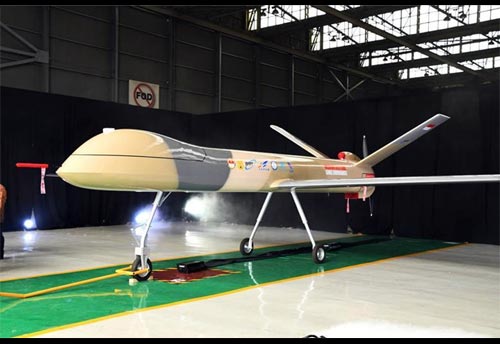 In a move to further separate Indonesian military needs with purchasing foreign-borne solutions, Indonesian Aerospace in December of 2019 unveiled a full-sized example of its new Unmanned Combat Aerial Vehicle (UCAV), the 'Elang Hitam' (or 'Black Eagle'). The UAV is designed for the all-important Intelligence, Surveillance, Reconnaissance (ISR) role as well as general ground attack, borrowing much of its design form from the proven General Atomics 'Predator' UAV line of American origin.

Design-wise, the aircraft mimics the Predator family quit closely by way of a bulbous nose section, slim fuselage, low-mounted (straight) wing mainplanes, and a 'V-style' tailplane arrangement. The rear-mounted engine is also a Predator staple, power bring from a single conventional Rotax-branded (Austrian) engine buried in the aft-section of the fuselage driving a two-bladed propeller unit in "pusher" fashion. This leaves the forward section of the fuselage clear to house avionics, fuel stores, and mission equipment. Ground-running is made possible by a fixed, wheeled tricycle undercarriage though the aircraft is restricted to prepared airstrips and not unprepared fields. Dimensions of the vehicle include a wingspan of 16 meters.

Indonesian Aerospace promotes the UAV as having a mission endurance window of around 30 hours and its payload capacity (made up of synthetic aperture radar sensors and appropriate ISR-minded systems) is rated for up to 30 kilograms. Cruising speeds are in the 145 miles-per-hour range giving the platform good performance for a vehicle of this class. Controlling will be via ground-based operator as well as satellite communications.

Of note is the presented model of December 2019 lacked any sort of 'chin' or fuselage blister to carry the typical Electro-Optical (EO) InfraRed (IR) system seen in most drones today.

For the armament requirement, it is assumed that the Elang Hitam will be cleared to carry Anti-Tank Guided Missiles (ATGMs) and precision-guided drop bombs underwing to satisfy the Indonesian military's need for an attack-minded UAV. The weapons will most likely be carried underwing as in the Predator.

The company is slated to construct and fly two prototypes for the development phase of which the first-flight is tentatively scheduled for sometime in 2020. Certification is planned for 2021-2023 ultimately providing Indonesian armed forces with a homegrown solution it desperately needs.

The company already has experience locally producing, under license, the Spanish CN-235/CN-295 tactical transports among other turboprop-driven products. It also builds French helicopters such as the 'Puma' line.©MilitaryFactory.com
Note: The above text is EXCLUSIVE to the site www.MilitaryFactory.com. It is the product of many hours of research and work made possible with the help of contributors, veterans, insiders, and topic specialists. If you happen upon this text anywhere else on the internet or in print, please let us know at MilitaryFactory AT gmail DOT com so that we may take appropriate action against the offender / offending site and continue to protect this original work.
Advertisements

(Showcased performance specifications pertain to the Indonesian Aerospace Elang Hitam production variant. Performance specifications showcased above are subject to environmental factors as well as aircraft configuration. Estimates are made when Real Data not available. Compare this aircraft entry against any other in our database or View aircraft by powerplant type)
UNARMED:
Payload consisting of up to 300 kilograms of mission equipment related to Intelligence, Surveillance, Reconnaissance (ISR) sorties.

(Not all ordnance types may be represented in the showcase above)
"Elang Hitam" ("Black Eagle") - Base Series Name. 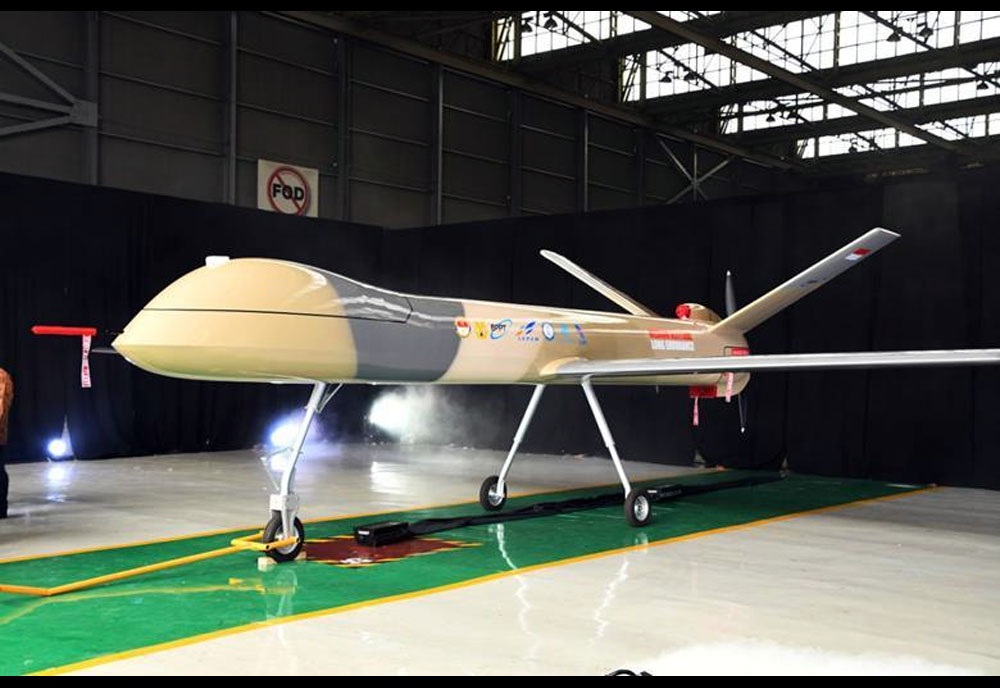 Image released to the public by Indonesian Aerospace.