The HESA Qasef-1 is a further evolution of the Iranian Ababil-2 production line of military drones - the loitering munition form featured in the fighting across Yemen. 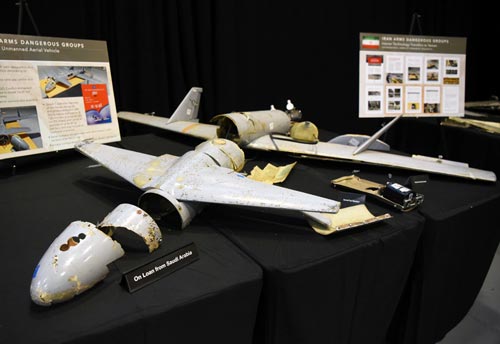 The HESA Qasef-1 is an offshoot of the established Ababil line of Iranian developed and produced Unmanned Aerial Vehicles (UAVs) detailed elsewhere on this site. Iran has deliberately moved to strengthen its expertise in the field of military-level drones and the Ababil is a product of this initiative. It has been in service since the volatile 1980s and has been consistently evolved into more capable, potent forms. One byproduct of this undeterred work is the "Qasef-1" which is believed to have been in operational service since sometime in 2016.

Unlike other Ababil forms, the Qasef-1 is an expendable "loitering munition", tracking for ground targets (ground-based control is via GPS), engaging on-command, and expending itself in a suicidal action. The air vehicle adds a 66lb 30kg) explosive warhead to the mix which provides the detonation / damage capabilities of a conventional drop bomb at much reduced cost - making the Qasef-1 an excellent budget attack weapon and perfect for rebel-types seeking to make some noise. To this quality add the fact that drones are small and slow enough to evade traditional radar, giving them an inherent "stealth" quality.

The physical characteristics of the aircraft, based on captured specimens and displayed by Saudi officials, include a centralized, tubular fuselage, rear-set mainplanes (featuring little sweepback), and foreplanes for added control. Vertical fins are seated at the mainplanes at the rear of the aircraft. The fuselage holds all of the pertinent operational equipment included the engine, optics set, fuel stores, and avionics. The engine is installed at the extreme end of the fuselage and drives a multi-bladed propeller unit in "pusher" fashion. Since these air vehicles are designed to be expendable (i.e. no return trip), no undercarriage is necessary, further simplifying construction and reducing cost. Launching of the air vehicle is by ground-assistance, either pneumatic catapult (stand-alone or vehicle-mounted) or jet- / rocket-assisted.

Houthi rebels have been known to use their Qasef-1 drones to directly attack "Patriot" missile station components, mainly the critical radar sections of the arrangement. This represents a considerably enhanced capability for the rebels and a new type of escalation in the long-running Yemeni war. Houthi-directed armed drones have also attacked UAE and Saudi airports as well as key Saudi sections of oil pipeline.©MilitaryFactory.com
Note: The above text is EXCLUSIVE to the site www.MilitaryFactory.com. It is the product of many hours of research and work made possible with the help of contributors, veterans, insiders, and topic specialists. If you happen upon this text anywhere else on the internet or in print, please let us know at MilitaryFactory AT gmail DOT com so that we may take appropriate action against the offender / offending site and continue to protect this original work.
Advertisements

Iran; Yemen (rebels)
(OPERATORS list includes past, present, and future operators when applicable)
✓ Ground Attack (Bombing, Strafing)
Ability to conduct aerial bombing of ground targets by way of (but not limited to) guns, bombs, missiles, rockets, and the like. ✓ Unmanned Capability
Aircraft inherently designed (or later developed) with an unmanned capability to cover a variety of over-battlefield roles.

(Showcased performance specifications pertain to the base HESA Qasef-1 production variant. Compare this aircraft entry against any other in our database or View aircraft by powerplant type)
1 x 66lb (30kg) warhead with impact detonation (roughly the same effect of a conventional drop bomb upon detonation).

Qasef-1 - Base Series Designation; dispute remains whether the aircraft is a product of local Iranian industry or in-the-field conversion of Ababil-2 drones by Houthi rebels in Yemen. 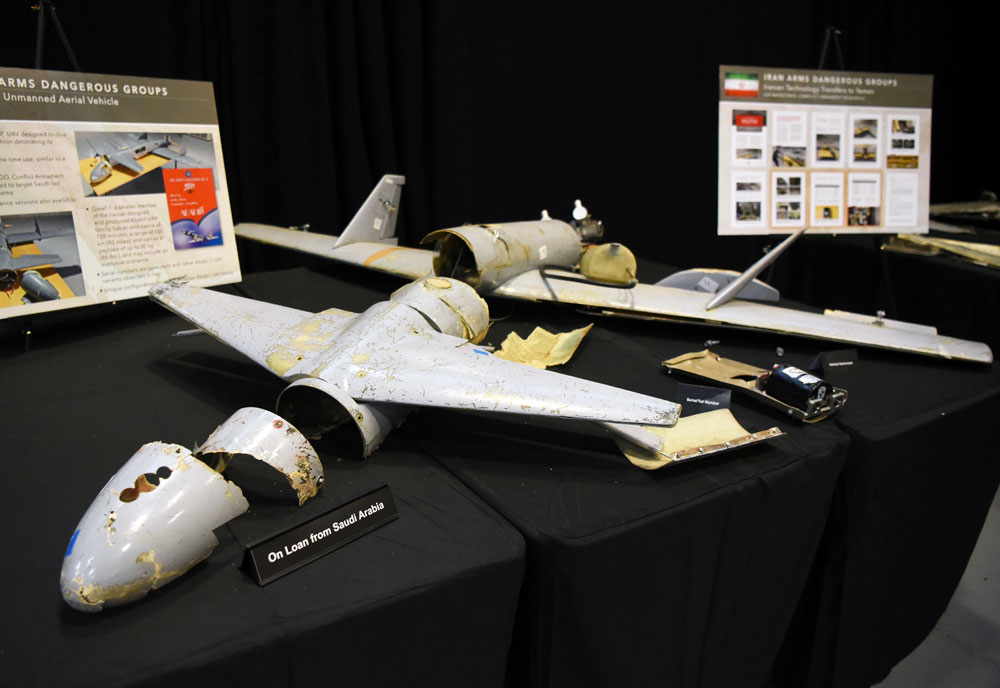 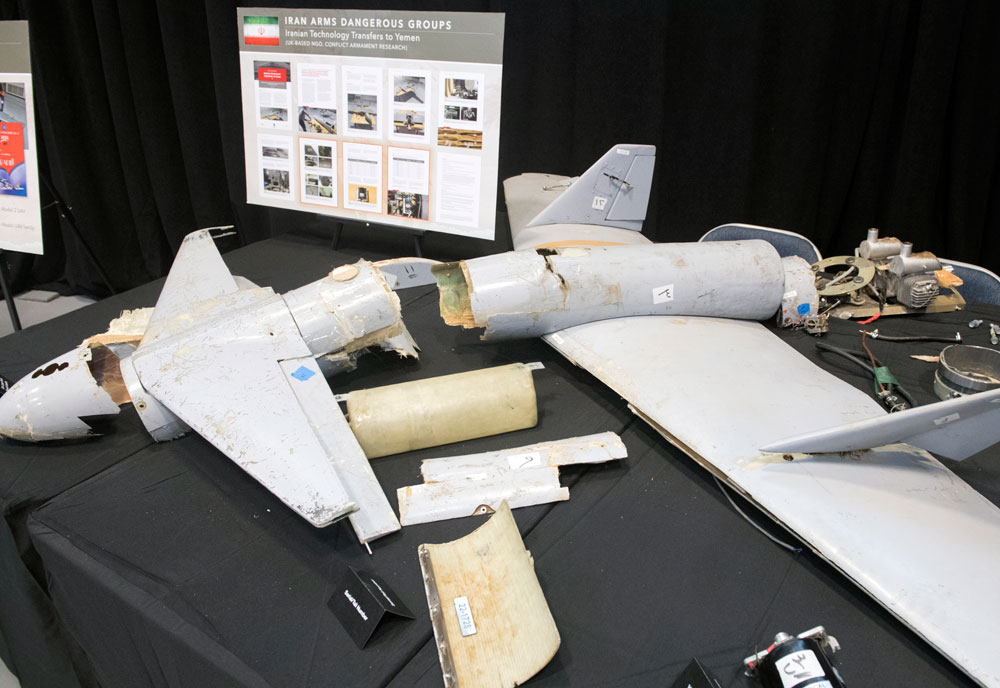