Planned as a successor to the F-104 Starfighter, the Lockheed CL-1200 Lancer project advanced only as far as the mock-up stage before seeing cancellation.

Authored By: Staff Writer | Last Edited: 09/13/2019 | Content ©www.MilitaryFactory.com | The following text is exclusive to this site. 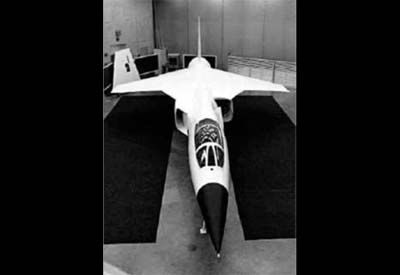 With a focus on performance and low maintenance costs, several major aero-industry defense players of the middle Cold War period put effort into design of a supersonic lightweight fighter aimed primarily at the export market. While the clear winner ultimately became the Northrop F-5 "Tiger" / "Freedom Fighter" (detailed elsewhere on this site), there were designs to emerge from Lockheed, McDonnell Douglas and France-based Dassault to consider as well. For Lockheed, their private venture proposal was based on an advanced form of their earlier F-104 "Starfighter" platform which debuted in 1958.

The aircraft became the short-lived CL-1200 "Lancer", a sleek supersonic jet retaining some of the design traits of the classic Starfighter. Key changes included shoulder-mounted wing mainplanes of increased span (over 50% more surface area was added) as well as larger-area tailplanes for improved control and stability. The fuselage was lengthened to house more fuel stores and, in turn, increase operating ranges when compared to the F-104. The single-seat cockpit remained aft of a pointed nosecone and intakes to aspirate the sole axial-flow turbojet engine were featured to each side of the fuselage. The tail consisted of a single vertical plane with two low-set horizontal members. Unlike the F-104's "T-style" tailplane arrangement, the CL-1200 had its horizontal planes seated along the fuselage aft sides. A tricycle landing gear, carried over from the F-104 in full, was to be used for ground-running.

Propulsion would come from a General Electric J79-GE-19 turbojet engine offering more power than the original version used in the F-104. The aircraft was estimated with a maximum speed of Mach 2.57 (1,450mph) out to a range of 370 nautical miles and a service ceiling of 60,000 feet. Rate-of-climb was to be an impressive 60,000 feet-per-minute. Its take-off run was listed at 1,450 feet and its landing run at 2,060 feet - key marketed qualities for the design was to be able to operate from short fields (a quality lacking in the high-speed F-104).

Lockheed has planned to rely on existing F-104 production facilities for mass-producing this aircraft for the global market - again with a focus on keeping costs down and commonality of parts between the CL-1200 and the F-104. The aircraft would naturally appeal to existing F-104 operators as well as economically-minded, emerging air services in the Middle East, Europe, Africa and South America.
Advertisements

In terms of armament, the CL-1200 would keep the F-104's 20mm General Electric M61A1 gun as its standard, forward / fixed armament. However, there was provision to be made to have this weapon easily replaced by the 30mm DEFA autocannon system for those export customers already aligned with the French weapon. The Lancer was also planned with nine hardpoints for the carrying of various in-circulation Air-to-Air (A2A) and Air-to-Surface (A2S) munitions as well as wingtip- and underwing-mounted fuel tanks - all this a vast improvement over the limited F-104 stores capabilities.

Lockheed had also looked to creating a two-seat trainer variant for its Lancer line to better instruct its new operators on the nuances of the supersonic aircraft. The second seat would have taken up some of the internal space used for fuel stores, limited range, but this would have been negligible considering the role of the trainer-minded aircraft. A future proposed variant was also to carry the more potent Pratt & Whitney TF-30-P-100 afterburning turbofan for both increased power and performance - this as the CL-1200-2 / CL-1600. The CL-1200-2 was to compete in the United States' Lightweight Fighter Competition of 1972 which was eventually decided between the General Dynamics YF-16 and the Northrop YF-17.

All of the work came to naught when, in November of 1970, the Northrop F-5 design won out over all others. This essentially killed any prospects for the supersonic lightweight fighter-interceptor proposed by Lockheed with the exception being United States Air Force interest in acquiring one CL-1200 for testing flight envelopes beyond the Mach 2.55 range. The aircraft was given the designation of "X-27" but was never funded so it, too, died though only after a full-scale mock-up was completed by the company (and up to three early-form fuselages were being worked on at the time). Of note in the revised X-27 model was its squared-off intake shapes.

The CL-1200-2 and the X-27 were also at the heart of another proposed version of the Lancer, this geared towards the United States Navy as the CL-1400/CL-1400N. However even this initiative fell to naught.
Advertisements

Up to 12,000lb of air-launched / air-dropped ordnance as well as wingtip and under-wing mounted fuel tanks.

(Not all ordnance types may be represented in the showcase above)
Hardpoint Mountings: 9 (including wingtips).

General Assessment
Firepower
Performance
Survivability
Versatility
Impact
Values are derrived from a variety of categories related to the design, overall function, and historical influence of this aircraft in aviation history.
Overall Rating
The overall rating takes into account over 60 individual factors related to this aircraft entry.
66
Rating is out of a possible 100 points.
Relative Maximum Speed
Hi: 1500mph
Lo: 750mph
This entry's maximum listed speed (1,448mph). 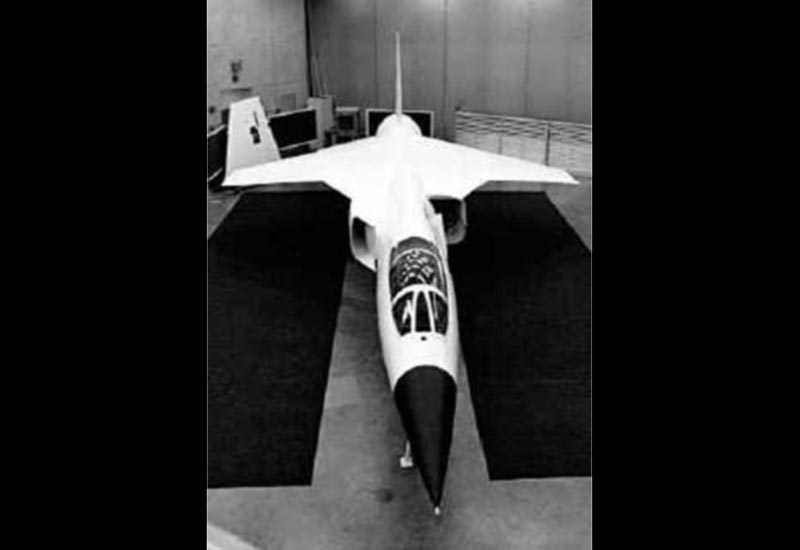