The Harbin Y-12 serves as a turboprop utility platform for a plethora of global operators including China and its PLAAF.

Authored By: Staff Writer | Last Edited: 04/27/2020 | Content ©www.MilitaryFactory.com | The following text is exclusive to this site. 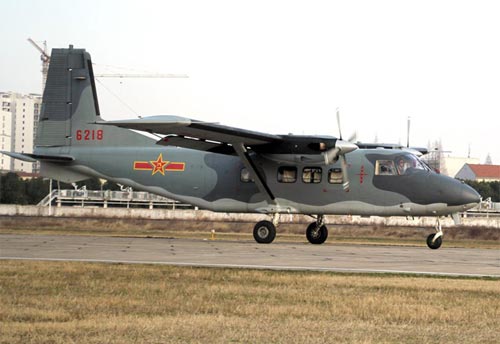 The Y-12 is a modern, high-winged twin-turboprop-powered utility aircraft designed, developed, and manufactured by the local concern of Harbin Aircraft Industry Group of China. First flown on July 14th, 1982, the aircraft has been in constant production since service entry occurred in 1985. The type serves a myriad of operators on several continents, these customers ranging from Cambodia and Djibouti to Uganda and Zambia (though its primary user remains China). Its versatile design is such that the aircraft can serve at the military, government, and civilian levels.

The high-wing arrangement provides for excellent lift and drag properties, giving the Y-12 equally-excellent short-field / rough-field capabilities. The mainplanes are braced by thick struts emanating from the lower sides of the fuselage. The cockpit carries its crew of two in a side-by-side seating arrangement with good views had over the short nosecone. The fuselage is slab-sided to better serve internal volume and the empennage raises as it tapers to the rear. Rectangular windows run along the sides of the fuselage. The tail unit is completed by a single, clipped vertical fin and low-set horizontal planes. The undercarriage of the Y-12, of three-wheeled design, is fixed for simplicity and ruggedness.

Origins of the Y-12 are based in the earlier Y-11, an aircraft also developed by Harbin, and this product was another twin-engined, high-winged performer of similar form and function (though only about 50 were produced). The goal of the new program was to expound upon the stronger qualities of the earlier Y-11 so improvements were instituted throughout the design. Dimensions increased and all-new mainplane members were forged as the project moved along during the early 1980s. A single prototype was used to prove the Y-12 design sound.

Once approved, the Y-12 entered production with thirty early-form aircraft designated as "Y-12 (I)". These carried a pair of American-Canadian Pratt & Whitney Canada (PWC) PT6A-11 turboprops of 500 horsepower each. More improvements followed (including the introduction of uprated PWC PT6A-27 engines), once in service, to produce the "Y-12 (II)" designation. The series was then officially certified for Chinese airspace in 1985.

The "Y-12 (III)" was in the works with the indigenous WJ-9 turboprop to power it and this mark eventually became the Y-12C in service. The 19-seat "Y-12 (IV)", certified around 1995, became an improved model with increased wingspan and modified wingtips.

The Y-12F is a heavily-modified variant featuring all-new wing mainplanes, larger fuselage, more powerful engines (PWC PT6A-65B), and a wholly-retractable wheeled undercarriage. Performance of this model is improved over earlier marks. A first-flight of this aircraft was recorded in December of 2010 and the type was certified before the end of 2015. The Y-12G is its proposed cargo-minded variant.
Advertisements

(Showcased performance specifications pertain to the base Harbin Y-12 production variant. Compare this aircraft entry against any other in our database or View aircraft by powerplant type)
None. 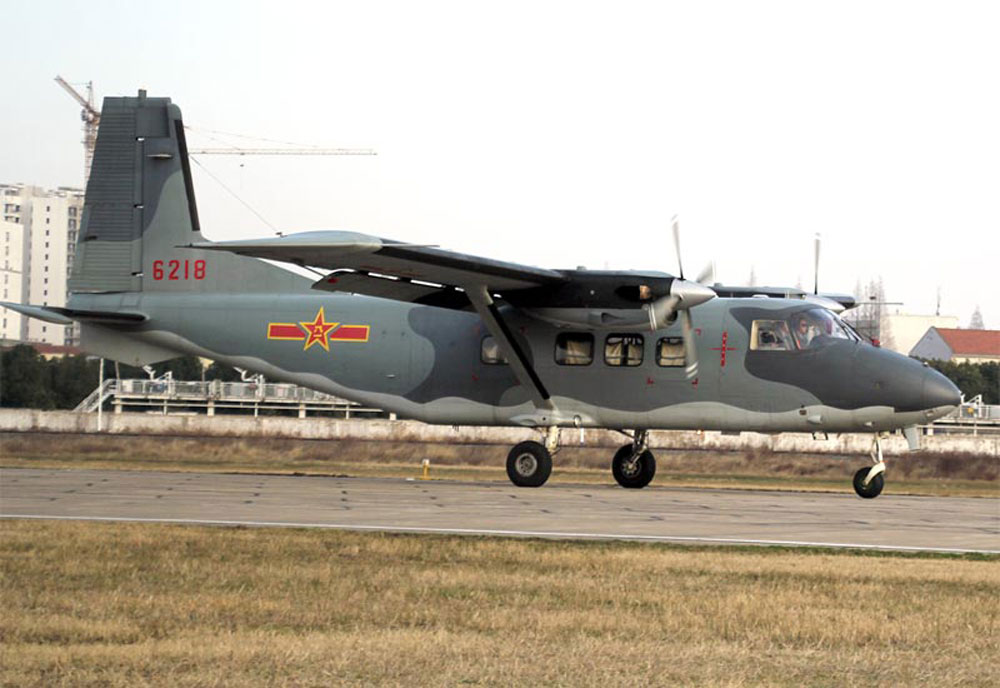 Image from the Chinese Ministry of Defense.