Over 500 examples of the Spanish CASA C-212 Aviocar have been produced since manufacture began in 1971.

Authored By: Staff Writer | Last Edited: 07/06/2020 | Content ©www.MilitaryFactory.com | The following text is exclusive to this site. 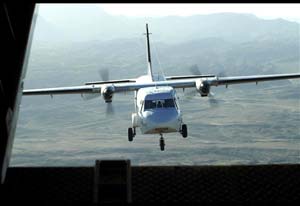 Founded in 1923, CASA (Construcciones Aeronauticas SA - now EADS CASA) of Spain began operations building various foreign aircraft types under license. Before long, the company shifted its focus to original designs and went on to find success in that realm with such contributions as the C-101 "Aviojet" twin-seat advanced jet trainer, the CN-235 regional airliner / transport and the C-295 transport (all detailed elsewhere on this site). One other contribution of note is the C-212 "Aviocar" first-flown in prototype form on March 26th, 1971. Series introduction occurred in May of 1974 and nearly 600 examples have been produced since - for both military and civilian operators worldwide.

Design work on the C-212 began in the latter half of the 1960s. The goal of the design was to produce an economically-minded turboprop-powered utility transport with excellent short-field capabilities. This resulted in a high-winged mainplane arrangement (inherently good lift and drag properties) and raised empennage. Two engines would power the design and a short-height tricycle undercarriage would provide the needed ground-running capability while keeping the fuselage as close to the ground as possible (so as to better access the cargo hold at rear).

In Spanish Air Force service, the aircraft was used to succeed an aging line of foreign-born World War 2-era transports. The success of the product in this high-profile role led CASA to develop a civilian market model as well, allowing for up to 28 passengers to be carried in relative comfort.

There have been four primary production forms of the Aviocar, known rather simply as "Series 100", "Series 200", "Series 300" and "Series 400', and within these are the major sub-marks.

Beginning in 1976, IPTN (Indonesian Aerospace) of Indonesia produced the Series 100 aircraft locally (under license) as the "NC-212-100" and twenty-eight examples followed.
Advertisements

The Series 200 offered a lengthened fuselage for additional internal space and was introduced in 1979. C-212 200M marked the Spanish Air Force T-12D models and the Swedish Air Force adopted this variant as the Tp 89. The NC-212-200 and NC-212-200 MPA became the Indonesian equivalents by IPTN.

The Series 300 emerged in 1987 and carried slightly different Honeywell engines with four-bladed propeller units by Hartzell. Winglets added to the mainplane tips were introduced for better fuel efficiency and improved control. The C-212-M was the military transport model and the C-212 300 became the passenger airliner. The C-212 300U was the general civilian market utility variant The C-212 300P was another civilian market offering though switching over to the popular Pratt & Whitney Canada TP6A-65 series turboprops.

The Series 300 sports a flight crew of two to three and can haul up to 26 passengers or 24 airborne troopers. In their place can also be transported up to 6,000lb of cargo (which can be air-dropped from the rear cargo door). Overall length of the aircraft is 53 feet and the wingspan measures 66.5 feet while the height reaches 20.7 feet. Empty weight is 20.7 feet with a Maximum Take-Off Weight of 17,000lb listed. Power is from 2 x Garrett AiResearch TPE-331-10R0513C turboprop engines developing 900 horsepower each. Maximum speed is 230 miles per hour while cruising is done near 185mph. Range is out to 1,125 miles and the aircraft's service ceiling is 26,000 feet (the Aviocar does not have a pressurized cabin or cockpit). Rate-of-climb is 1,630 feet-per-minute.

If armed, the Aviocar has been fitted with a pair of underwing hardpoints to carry machine gun pods and rocket pods for general light strike sorties.

The Series 400 stands as an updated model (introduced in 1998) and is fitted with TPE331012JR-170C series turboprop engines. It features an upgraded cockpit fir with new avionics.

The Aviocar is relied on globally from Abu Dhabi and Angola to Vietnam and Zimbabwe. Some militarized forms are also used in the maritime patrol, Electronic CounterMeasures (ECM) and Anti-Submarine Warfare (ASR) roles. its simplicity in design, and general overall reliability, ensures it a place in the inventories of many air services for years to come. The little aircraft is also a favorite of sky-diving companies due to its good handling and performance at the required altitudes.

Production of the C-212 has been ongoing since 1971 with nearly 500 completed by CASA (EADS CASA) and a further 100 or so aircraft from IPTN.

The C-212 is now marketed under the Airbus military brand label.

May 2018 - Indonesian Aerospace has delivered a pair of NC-212I transport aircraft to the military of Vietnam.

(Showcased performance specifications pertain to the Airbus Military C-212 Aviocar production variant. Compare this aircraft entry against any other in our database or View aircraft by powerplant type)
Typically none. If armed, two external hardpoints are fitted that are cleared to carry machine gun pods and rocket pods for the light strike role. 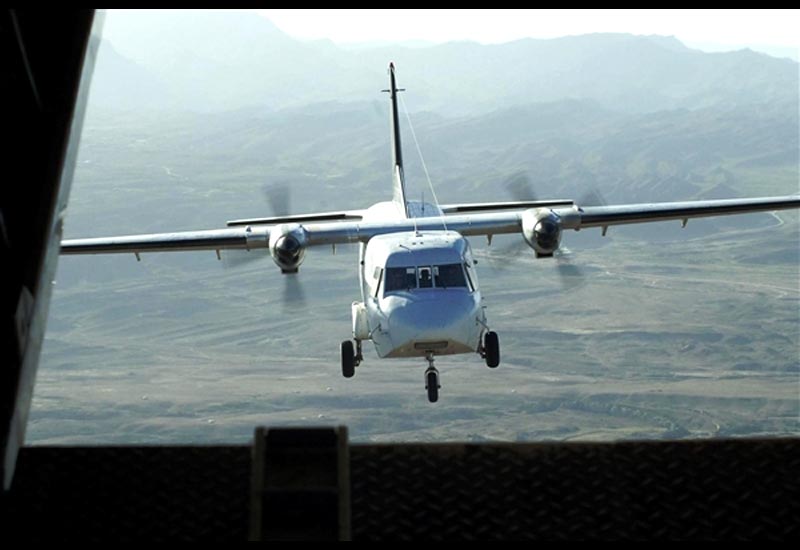