The Petlyakov VI-100 heavy interceptor was a well-armed and aerodynamically-refined aircraft for its time but changing requirements for the Soviet Air Force led to its rebirth as the Pe-2 dive bomber.

Authored By: Staff Writer | Last Edited: 03/17/2021 | Content ©www.MilitaryFactory.com | The following text is exclusive to this site. 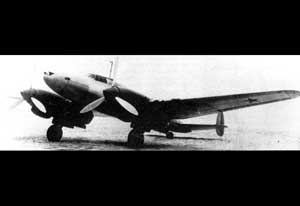 There were only a handful of truly exceptional twin-engine heavy fighters fielded during World War 2 (1939-1945) - the British de Havilland "Mosquito" and American Lockheed "Lightning" quickly come to mind and these were joined by others such as the German Messerschmitt Bf 110, which found its success early in the war, and the Japanese went on to manufacture a plethora of twin-engined types for their part in the grand conflict. The Petlyakov concern of the Soviet Union eventually contributed its Pe-2 dive bomber of 1941 but this platform had origins in a potent design intended as a high-altitude interceptor in the pre-war years.

Born as the "VI-100", the aircraft was expected to fulfill a growing need within the Soviet Air Force to counter high-flying enemy threats of the period - primarily bombers. Design work began in 1938 and the resulting design became a well-streamlined, twin-seat, all-metal, twin-engine offering. The crew of two were seated in line in separate cockpits (back-to-back). The wings were of monoplane arrangement and each held an engine nacelle at their leading edge. The tail was of a split-rudder configuration and the undercarriage of a "tail-dragger" form consistent with the period. The pilot's position was aft of a short nosecone containing a bulk of the offensive armament with defensive armament handled by the rear crewman. The pilot's cockpit was to be pressurized for high-altitude service. The powerplant of choice became 2 x Klimov M-105 inline piston engines of 1,050 horsepower. For the required high-altitude performance, these were fitted with turbo-superchargers.

In terms of armament needed to hunt down enemy bombers, the VI-100 was to be a well-armed flying machine. Primary armament was fitted in the nose as 2 x 20mm ShVAK cannons with 2 x 7.62mm ShKAS machine guns in fixed, forward-firing mounts. The rear gunner managed a single 7.62mm ShKAS machine gun along a trainable mounting to protect the aircraft's vulnerable "six". There was also thought given to bomb racks held underwing to broaden the tactical usefulness of this aircraft.

Despite the promising nature of the design, there proved insurmountable delays in attaining the necessary pressurized cockpit equipment and thusly the initial prototype was first-flown on December 22nd, 1939 sans this fit while also lacking the intended turbo-superchargers. In testing the aircraft showcased a maximum speed of 332 miles per hour with an estimated range out to 870 miles and operating service ceiling of 40,000 feet. Performance would have been enhanced with the addition of the turbo-superchargers with a maximum speed of 385 mph predicted.

With World War 2 having begun in September of 1939, the VI-100 now came under the microscope as a wartime product. It was showcased (on the ground) during a Soviet parade in May of 1940 at which point the high-altitude requirement was all but dissipating. Instead, the VI-100 was transformed to become the PB-100 to fulfill a standing dive bomber requirement and entered production (and subsequent Soviet service) as the "Pe-2" leaving the VI-100 as nothing more than a footnote in Soviet Air Force history. The follow-up Pe-3 heavy fighter appeared in 1941 as another twin-engine design by the company and managed a production total of 360 units. These fought on through to the end of the war in 1945 and were also fielded in the night-fighter role.©MilitaryFactory.com
Note: The above text is EXCLUSIVE to the site www.MilitaryFactory.com. It is the product of many hours of research and work made possible with the help of contributors, veterans, insiders, and topic specialists. If you happen upon this text anywhere else on the internet or in print, please let us know at MilitaryFactory AT gmail DOT com so that we may take appropriate action against the offender / offending site and continue to protect this original work.
Advertisements 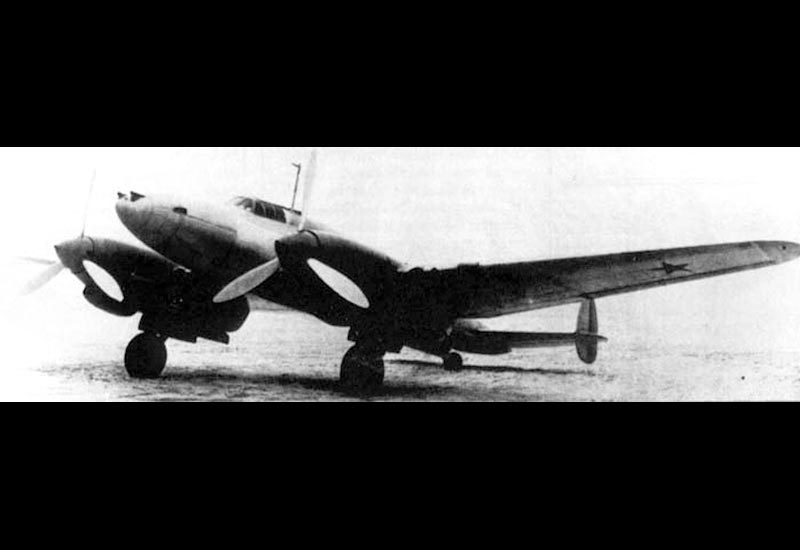