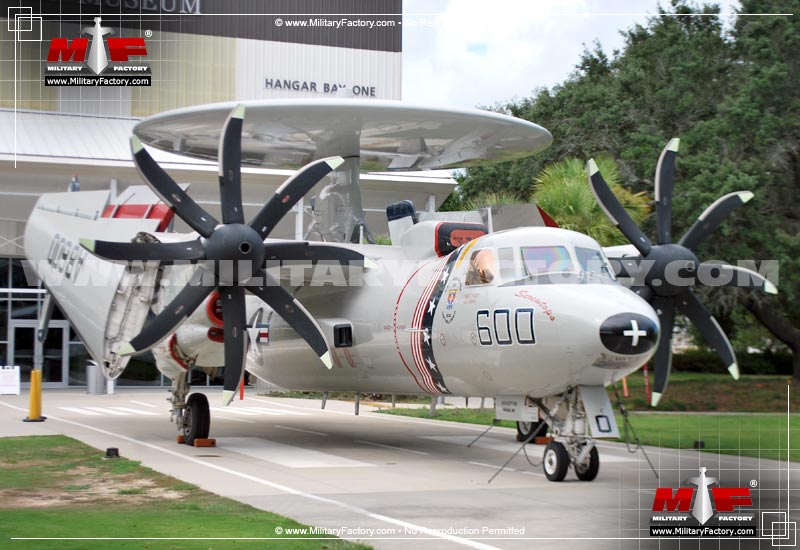 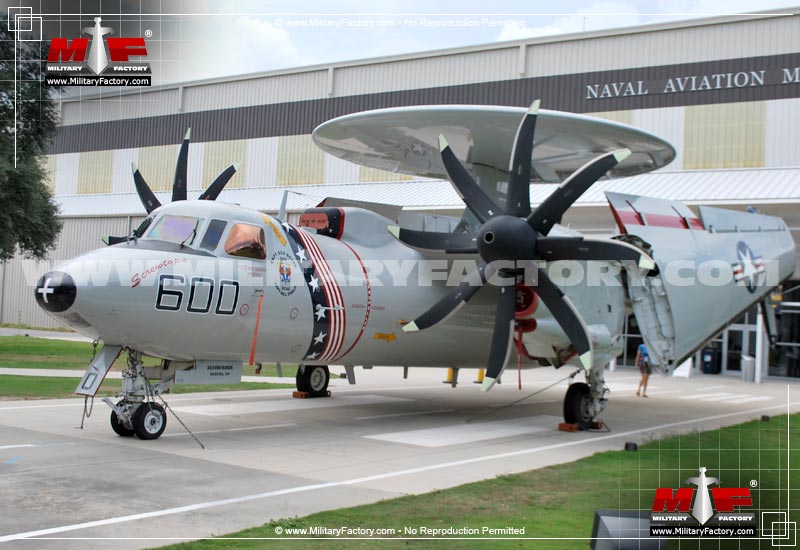 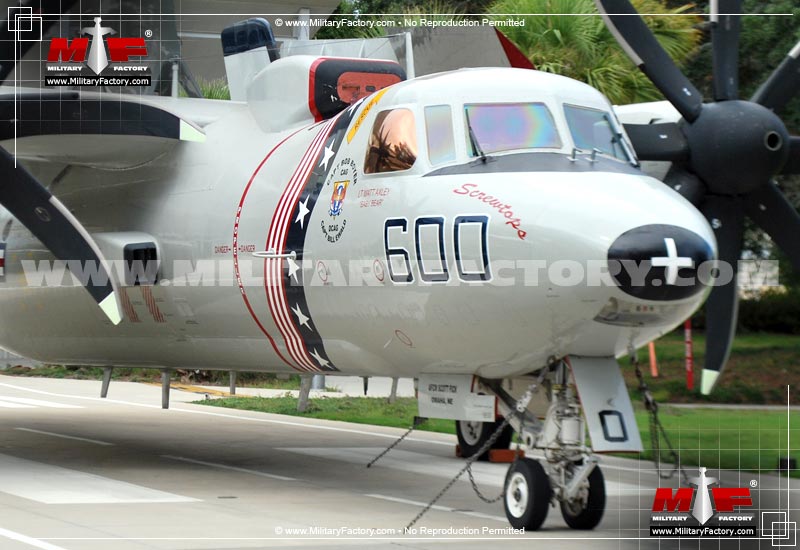 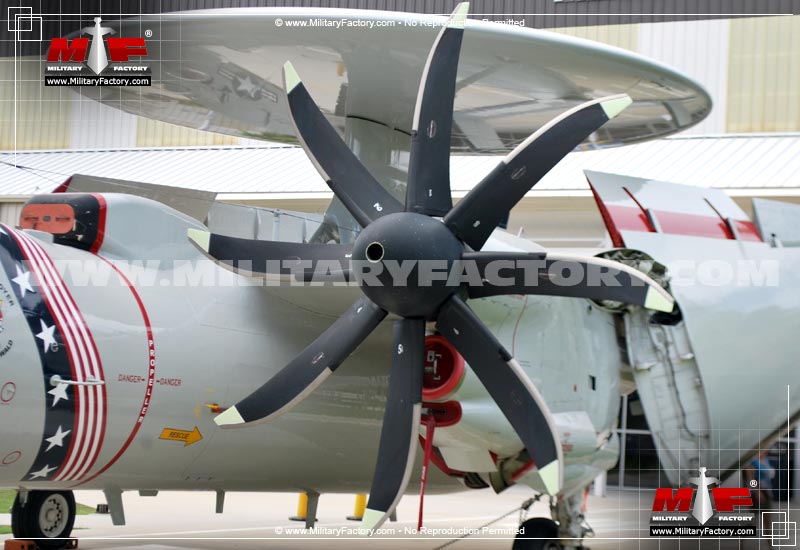 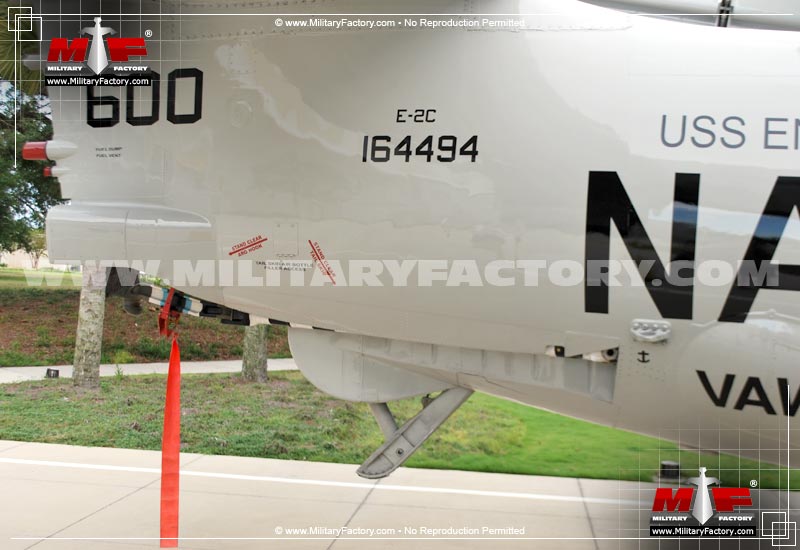 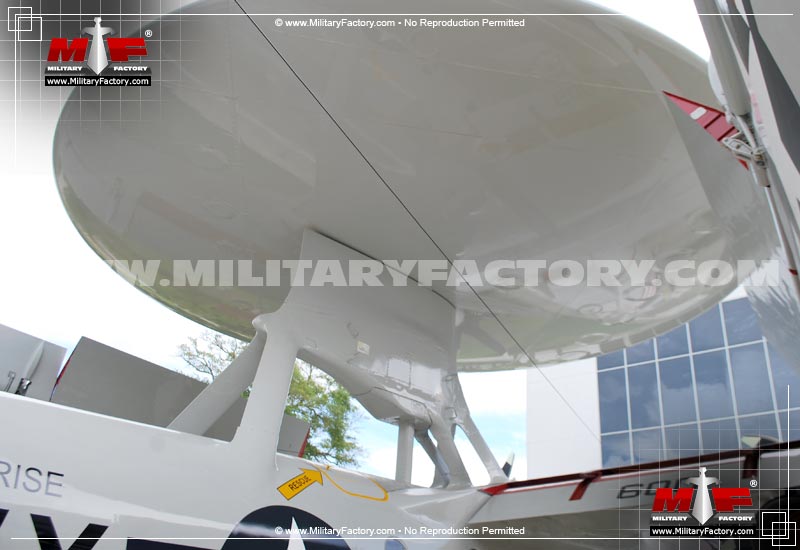 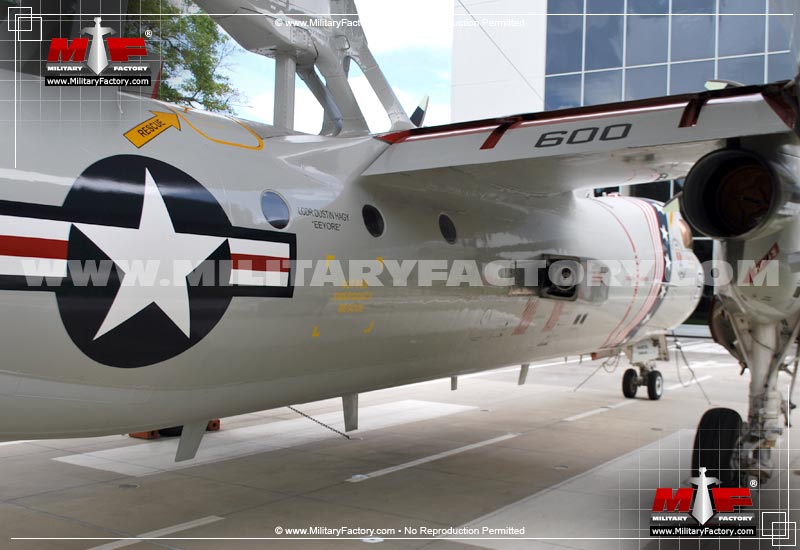 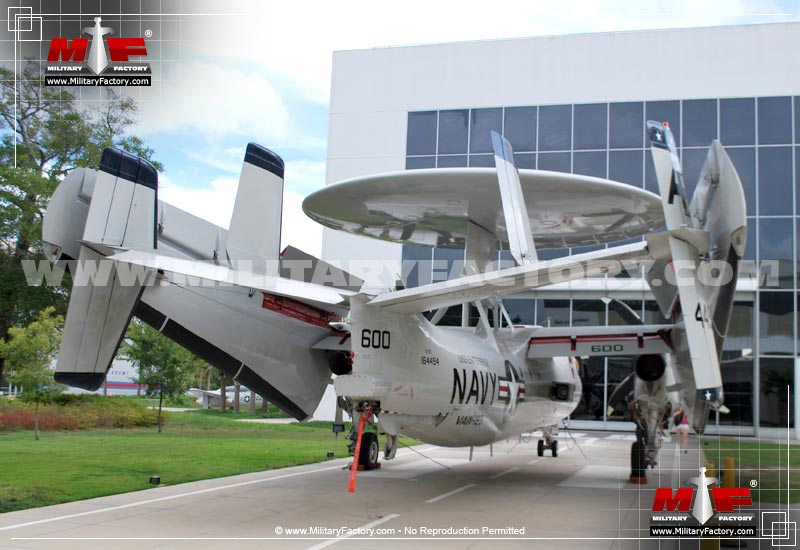 The E-2 Hawkeye series serves carrier battle groups (principally in the United States Navy) and is called upon as an all-weather airborne command and control battle space management system. The Hawkeye became operational in 1964, replacing the aging E-1 Tracer series (the principle AEW aircraft in service with the USN and another Grumman design - though based on the S-2 Tracker anti-submarine aircraft). At this time, the future of the E-2 series in service with the USN appears safe as the program is constantly being developed for the new challenges of waging air wars over oceans. The system is also fielded by several other US-friendly nations.

Design-wise, the E-2 series is characterized by the large radome atop the fuselage, the four-bladed propeller systems (now fielded with eight blades) and the four-finned tail assembly. Wings house the twin Allison turboprop engines and are high-mounted to the fuselage. The nose is short, allowing for maximum visibility by both pilots. The fuselage can accommodate a crew of five and consists of two pilots, three naval officers, a radar operator, air control officer and a combat information center officer.

The Hawkeye was initially introduced into service as the W2F-1 but changed shortly after 1962 to the more common E-2 designation. Several conversions were produced from existing units for crew trainer responsibilities as well as developmental models leading up to the C-2 Greyhound. The B-model appeared with inflight refueling capabilities and improvements to the computer system and a redesigned tail assembly. The definitive E-2 model became the E-2C series which contained all of the improvements of the B model with revised electronics, improved radars and better performing engines. The E-2C Hawkeye 2000 were further improved E-2C models. The E-2 was baptized in the Vietnam War and has been apart of every major US conflict since including both Operation Enduring Freedom and Operation Iraqi Freedom. The aircraft was also called upon for humanitarian assistance in Hurricane Katrina, coordinating search and rescue operations.

The E-2 series has been progressively updated with the changing face of war - after all, this system was initially designed in the 1950's and entered service in the next decade. The latest incarnation to the E-2 Hawkeye line is the E-2D model series, flying for the first time in 2007. The E-2 series may also be known by the unofficial names of "Hummer" and "Super Fudd". The former is related to the humming sound produced by the engines whilst the latter stuck to the E-2 as the system replaced the E-1 - that system known as the "Willy Fudd".

August 2016 - It was announced that Japan has ordered a second E-2D Hawkeye platform.

December 2017 - An E-2D "Advanced Hawkeye" completed its first aerial refueling action when it was refueled by an accompanying KC-130 tanker aircraft in testing. The Advanced Hawkeye form is slated to entered USN service sometime in 2020 and, among its many improvements, will be an in-flight refueling capability.

October 2019 - France is set to order four E-2D Hawkeye AEW aircraft for its navy service. The service has operated the E-2C "Hawkeye 2000" version with the 4 Flotile.

March 2020 - Development and testing continues on an upgraded radar for the E-2D.

(Showcased performance specifications pertain to the Northrop Grumman E-2C Hawkeye production variant. Compare this aircraft entry against any other in our database. View aircraft by powerplant type)
None.

Aviation developments of similar form and function, or related to, the Northrop Grumman E-2 Hawkeye...