The Sud-Ouest Grognard was a notable attempt to bring French aero-industry back into the fold following the close of World War 2. 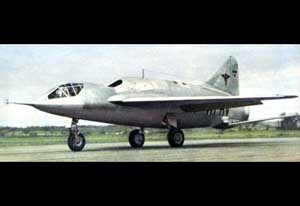 The French aero-industry was virtually non-existent throughout World War 2 (1939-1945) and in the period immediately following the close of the conflict. As such it became imperative for the government to encourage new projects and bring a once-great air power back into the technological fold - particularly as jet technology was beginning to take a hold around the globe. Many projects emerged during this time, some successful and others forgettable, with the Sud-Es "Grognard" (meaning "Grumbler") jet-powered prototype becoming a little of both.

While this was going on, a 1948 specification was passed down by the French Air Force called for a new, jet-powered ground attack aircraft. Sud-Est moved ahead with a design that engineers had already been working on since 1945. The aircraft was a large and ambitious creature set to utilize the most advanced aerodynamic traits possible. One of the major qualities was its "stacked" approach seating one atop (and slightly ahead) the other. This promoted more outboard internal volume for key systems (including an internal bomb bay) while emphasizing a more inline thrust output - should engine fail, the other could keep pace by keep thrust forces symmetrical. A single dorsal intake (mounted behind the cockpit) was used to aspirate both engines while a split exhaust system was used at the rear. The wing mainplanes were mid-mounted along the fuselage sides and featured sweep of 47-degrees. The horizontal tailplanes were very-low-mounted along the tail so as to not be influenced by the air coming off of the mainplanes ahead. A tricycle undercarriage was used for a most modern appearance.

The aircraft design incurred the designation of SE.2400 and wind tunnel testing successfully validated certain aspects of the model. Its "compound fuselage" led to it being given the unflattering name of "Hunchback" for the pronounced hump brought about by the dorsal intake and upper engine installation. On the whole, however, the design was largely seen as aerodynamically refined as 1940s-1950s jet aircraft went. Power would come from 2 x SOCEMA TGAR 1008 series turbojets.

The basic SE.2400 was evolved into the SE.2410 for the formal French Air Force requirement and several modifications greeted this offering for possible service use. Because of the high-speed approaches of jet-powered aircraft when landing, the design was now given a deployable "drag" chute to help limit its runway "run". Flap components were added to the wing leading edges and various high-lift devices were incorporated. The cockpit did away with a traditional control column and flightstick, "elbow controling" being used to free up forward vision. All of these features were a first for any French aircraft up to this point and would go on to influence jet design for decades.

The pilot's vision was further improved by the cockpit's placement well ahead of the aircraft's center mass. A "greenhouse-style" canopy was fitted, which was an interesting design choice for such a modern fighter. The two engines in play were Rolls-Royce "Nene" turbojets of 5,000 lb thrust each and to be produced by the local brand of Hispano-Suiza under license. The Grognard was developed under a veil of secrecy and remained as such for some years before a model was first displayed to the public at the 1949 Paris Air Show. A full-sized version was present at the 1953 Paris Air Show.©MilitaryFactory.com
Advertisements

As the project evolved, the SE.2400 initiative was given up on in favor of the more promising SE.2410 and this design was eventually handed the name of "Grognard I". Gronard II was set to become another proposed form - the two-man SE.2415 - which would feature radar, a second crewman (and cockpit) to operate it and a lengthened forward fuselage section. With the longer nose it was deemed necessary to set the wing mainplane sweep to 35-degrees. In both designs the cockpit was left unpressurized as the aircraft would be operating mainly in low-to-medium altitude envelopes.

The French Air Force envisioned a fleet of 360 Grognard attack planes during its critical post-war rebuilding phase. The SE.2410 prototype finally went airborne for the first time on April 30th, 1950 and the two-seat SE.2415 followed on February 14th, 1951. Already months behind schedule, the aircraft proved airworthy and development continued which brought about the usual supply of technological and aerodynamic issues generally associated with new, advanced aircraft. Excessive vibrations at the tail unit were a continual problem and both prototypes, despite their difference in design, were given multiple fixes to help address the issue.

With mounting delays and the French Air Force beginning reviewing its ongoing needs, the Grognard program fell out of favor and was officially terminated. The ground attack requirement was fulfilled by a more conventionally-arranged aircraft in the Sud-Ouest SO.4050 "Vautour" and this design went on to find a certain level of success in French service. The Grognard's performance was never a strong point in testing and the airframe proved unable to be adapted to any role other than ground attack - which limited its future prospects. Additionally, its lack of cockpit pressurization meant that it could not serve in a true fighter role which made the French decision an easy one. Both prototypes managed rather healthy test lives for their part but both were victims of separate crash landings which ended the flying career of the first (single-seat) prototype. The Grognard became the first French jet to fire off a missile before its end but little else was had from the line - both stripped prototype airframes were expended as ground targets.

The final related vehicles of the Grognard endeavor were two proposed, though ultimately unbuilt, types in the SE.2418 and the SE.2421. The former was to carry 2 x Hispano-Suiza (Rolls-Royce) "Tay" 250 turbojet engines with the wings of Grognard I and the lengthened fuselage of Grognard II while fitting 2 x 30mm internal cannons. The latter was being brought up along the lines of a two-seat all-weather fighter. In either case, neither design was furthered into anything viable.©MilitaryFactory.com
Note: The above text is EXCLUSIVE to the site www.MilitaryFactory.com. It is the product of many hours of research and work made possible with the help of contributors, veterans, insiders, and topic specialists. If you happen upon this text anywhere else on the internet or in print, please let us know at MilitaryFactory AT gmail DOT com so that we may take appropriate action against the offender / offending site and continue to protect this original work.
Advertisements

France (cancelled)
(OPERATORS list includes past, present, and future operators when applicable)
✓ Air-to-Air Combat, Fighter
General ability to actively engage other aircraft of similar form and function, typically through guns, missiles, and/or aerial rockets. ✓ Ground Attack (Bombing, Strafing)
Ability to conduct aerial bombing of ground targets by way of (but not limited to) guns, bombs, missiles, rockets, and the like. ✓ Close-Air Support (CAS)
Developed to operate in close proximity to active ground elements by way of a broad array of air-to-ground ordnance and munitions options. ✓ X-Plane (Developmental, Prototype, Technology Demonstrator)
Aircraft developed for the role of prototyping, technology demonstration, or research / data collection.

(Showcased performance specifications pertain to the Sud-Ouest SO.2410 Grognard I production variant. Performance specifications showcased above are subject to environmental factors as well as aircraft configuration. Estimates are made when Real Data not available. Compare this aircraft entry against any other in our database or View aircraft by powerplant type)
PROPOSED, FIXED:
2 x 30mm internal cannons 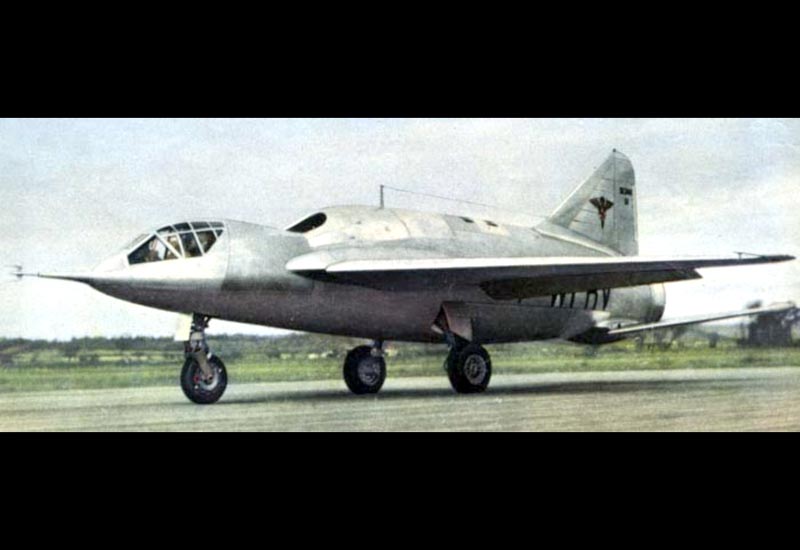