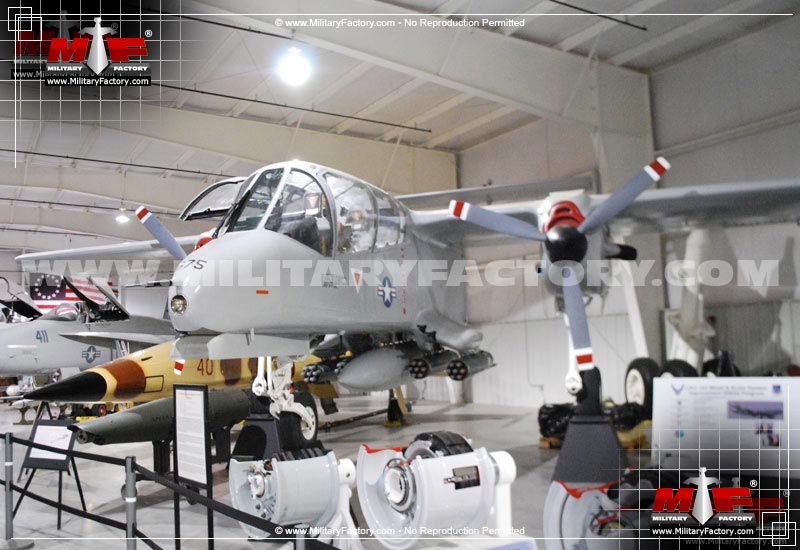 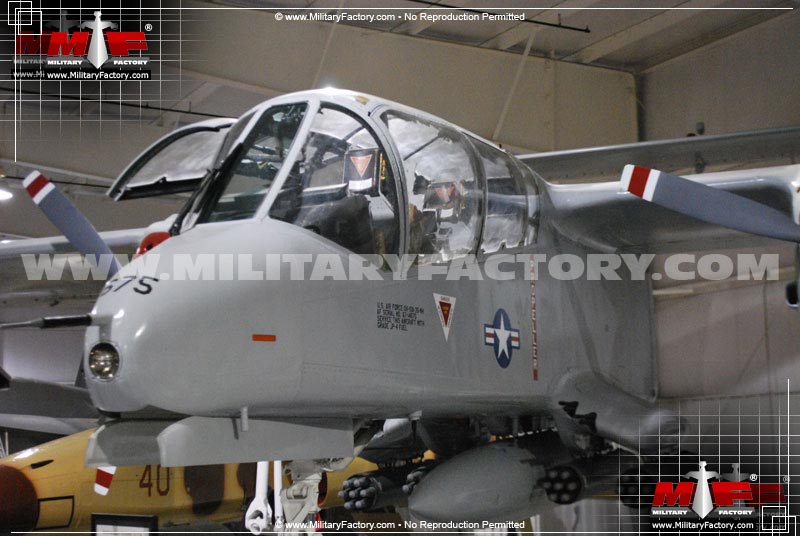 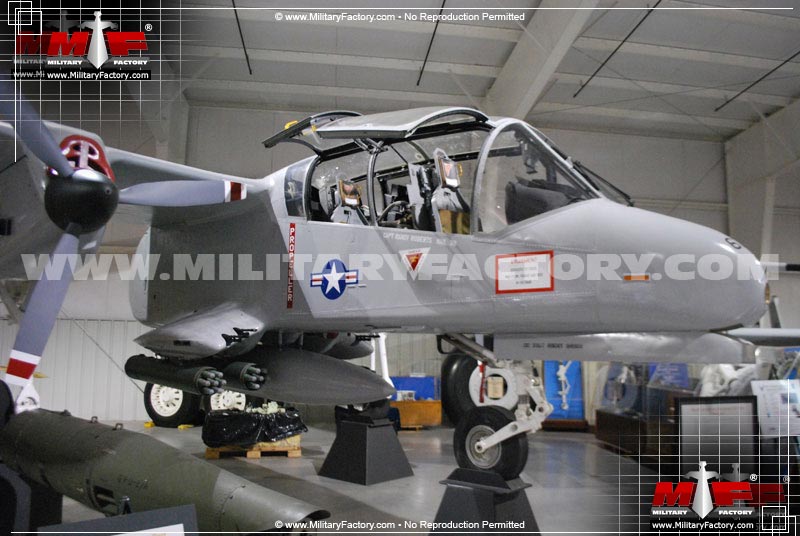 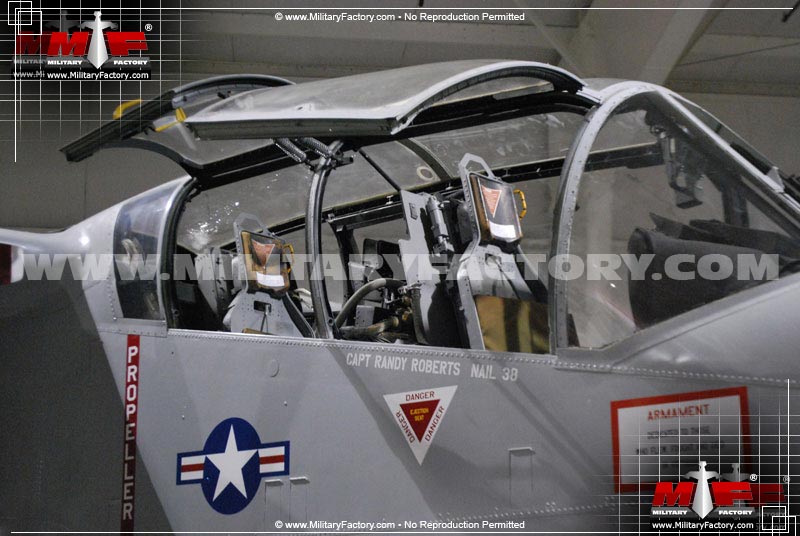 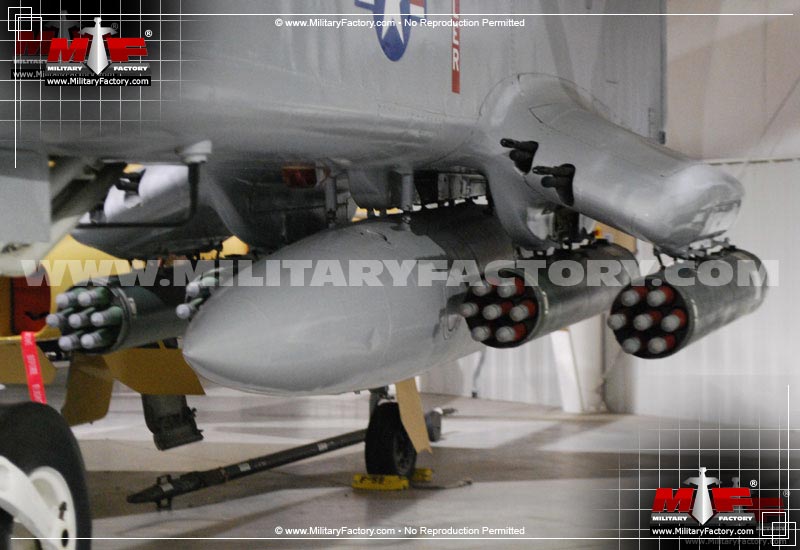 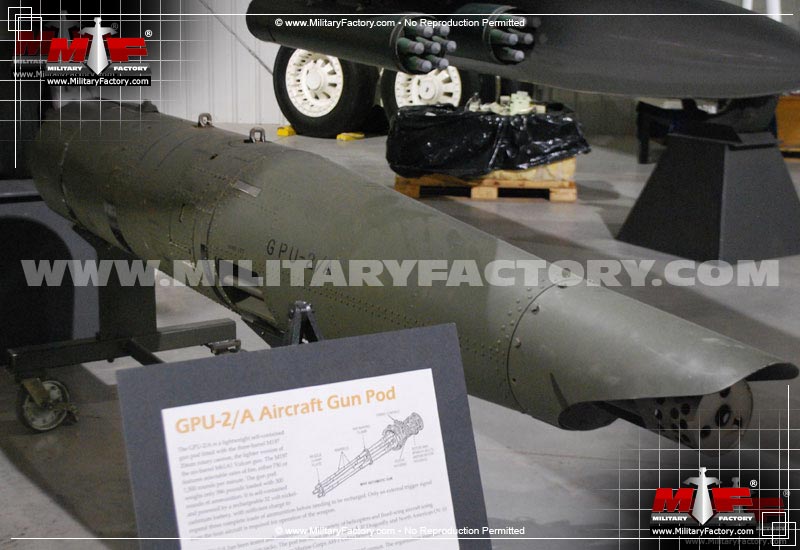 Image from the United States Department of Defense imagery database.
7 / 19 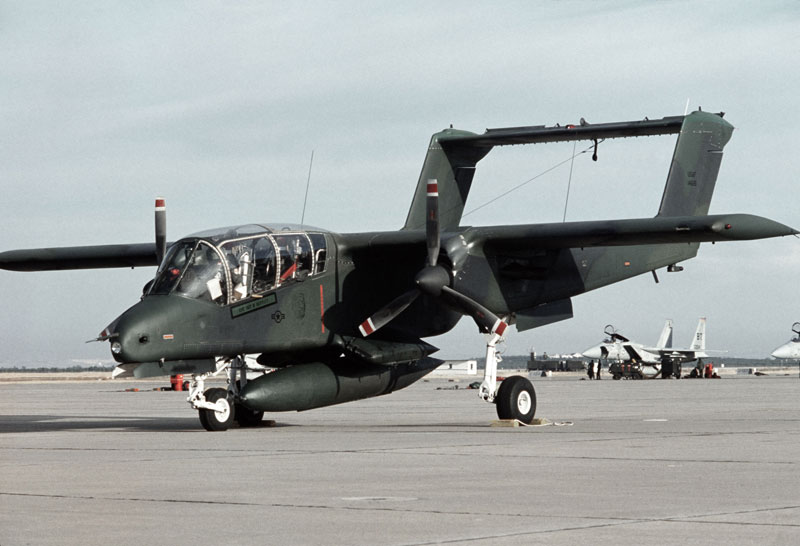 Image from the United States Department of Defense imagery database.
8 / 19 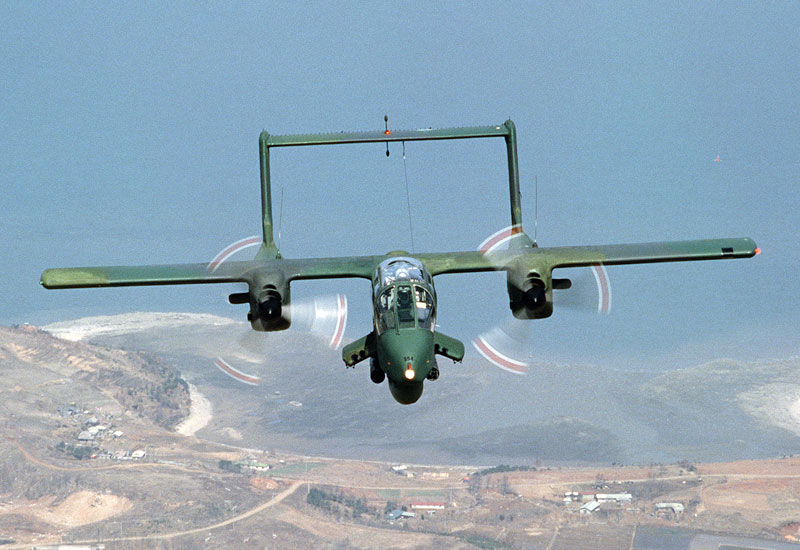 Image from the United States Department of Defense imagery database.
9 / 19 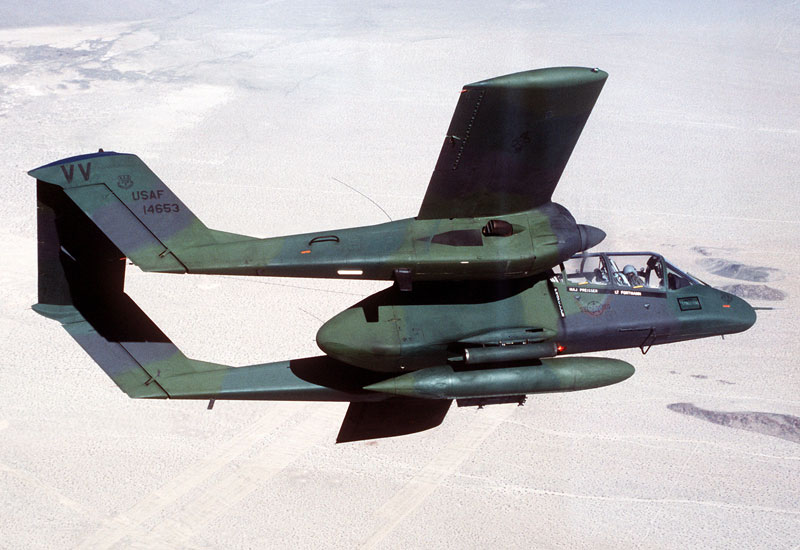 Image from the United States Department of Defense imagery database.
10 / 19 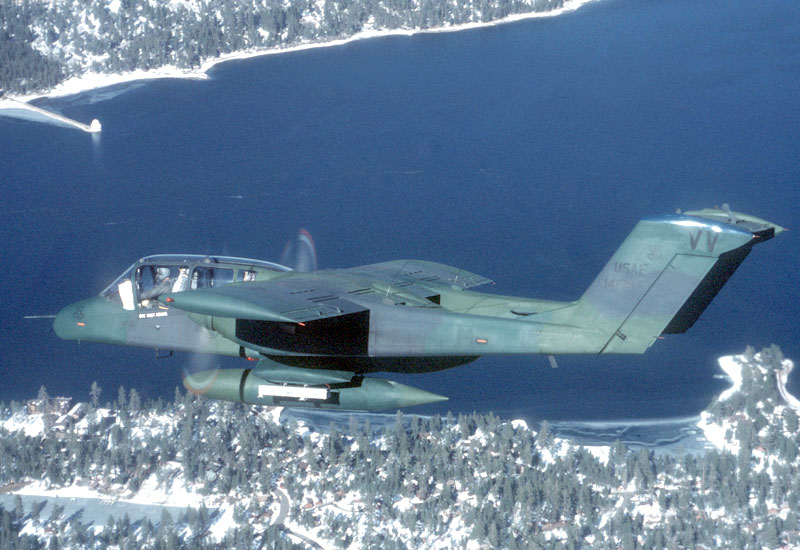 Image from the United States Department of Defense imagery database.
11 / 19 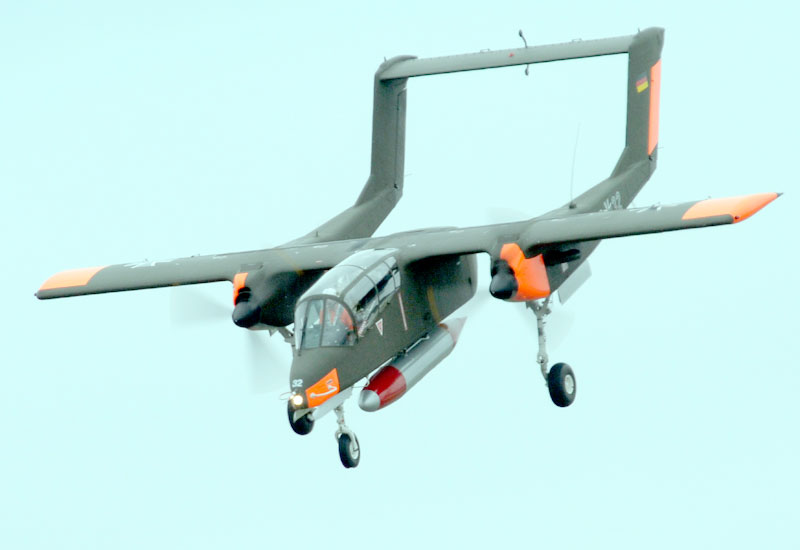 Image from the United States Department of Defense imagery database.
12 / 19 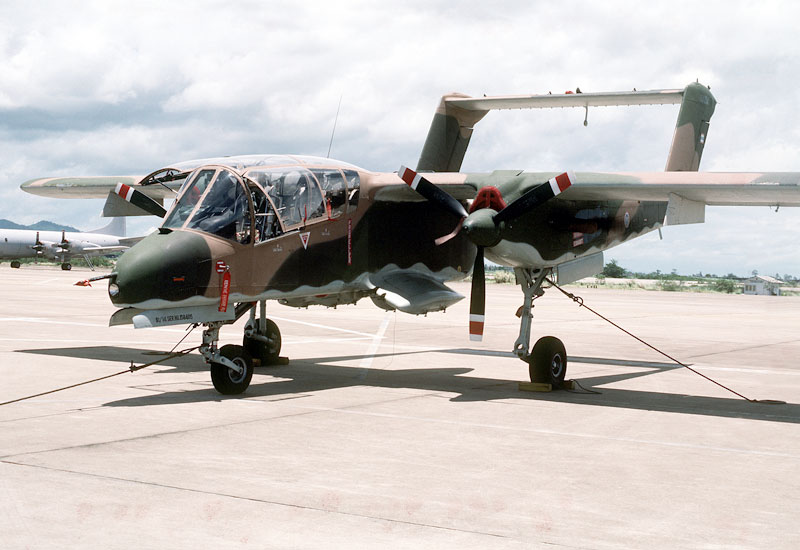 Image from the United States Department of Defense imagery database.
13 / 19 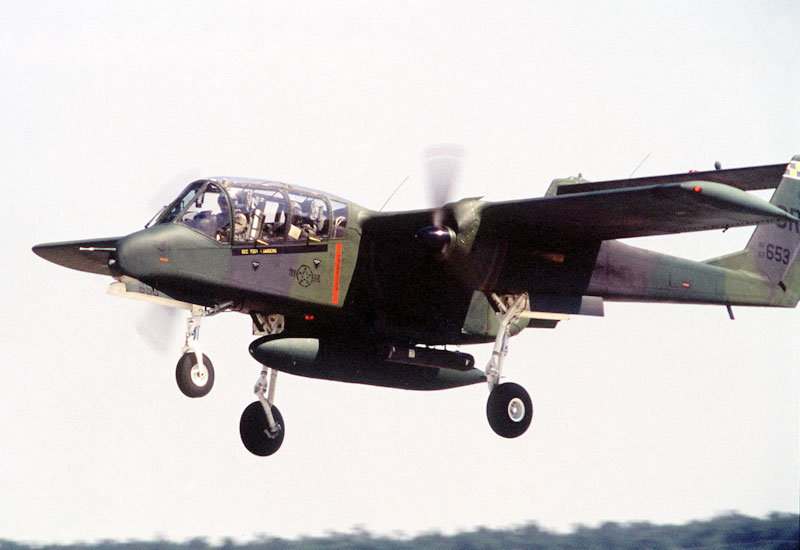 Image from the United States Department of Defense imagery database.
14 / 19 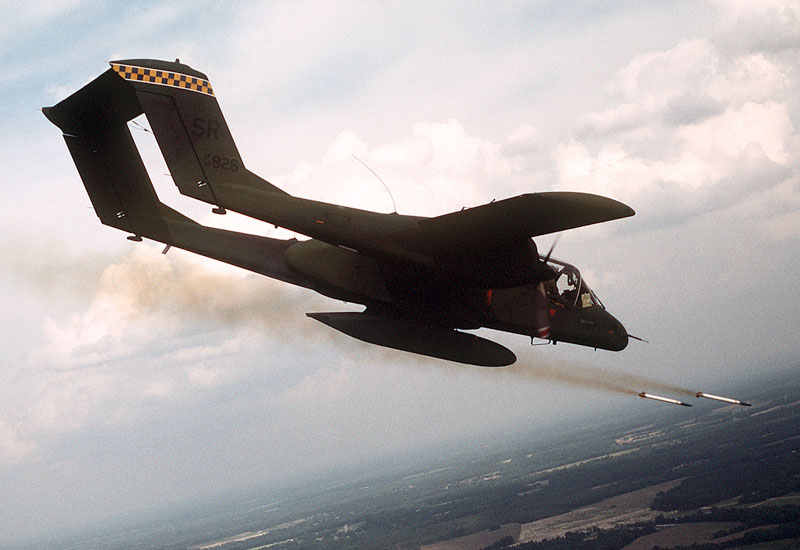 Image from the United States Department of Defense imagery database.
15 / 19 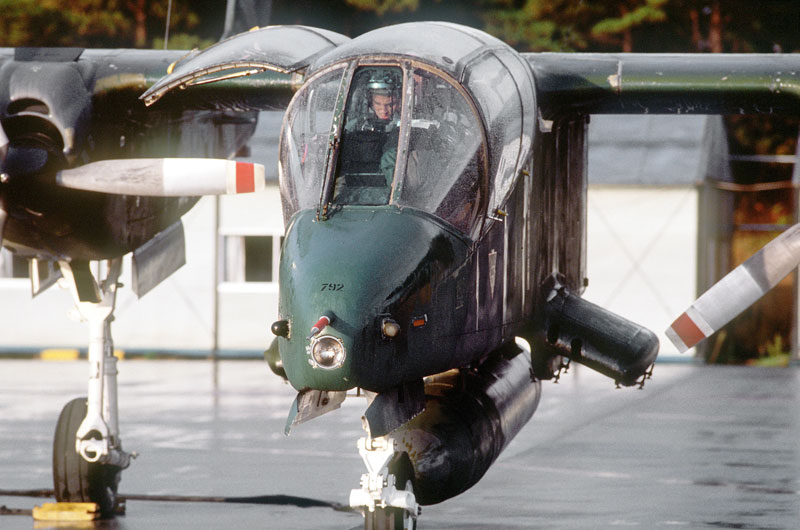 Image from the United States Department of Defense imagery database.
16 / 19 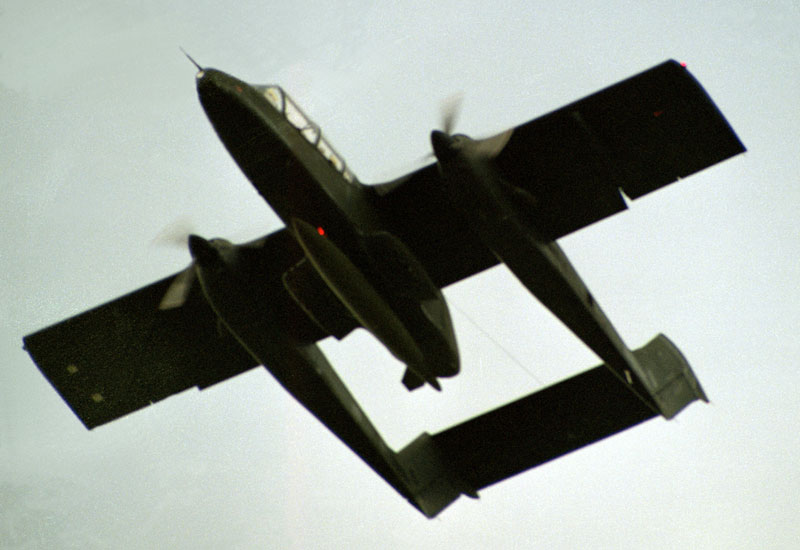 Image from the United States Department of Defense imagery database.
17 / 19 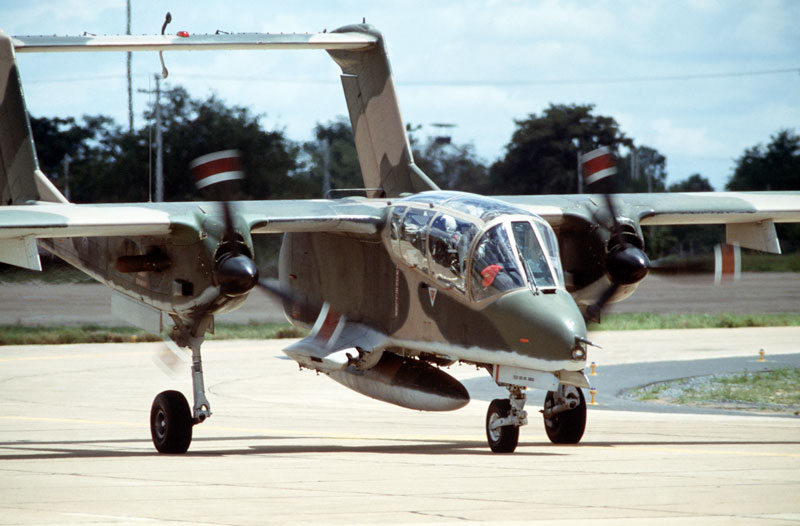 Image from the United States Department of Defense imagery database.
18 / 19 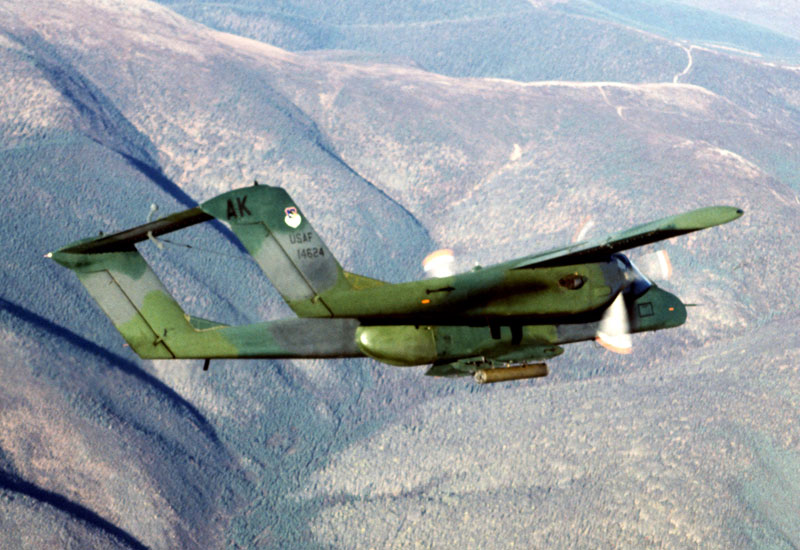 Image from the United States Department of Defense imagery database.
19 / 19 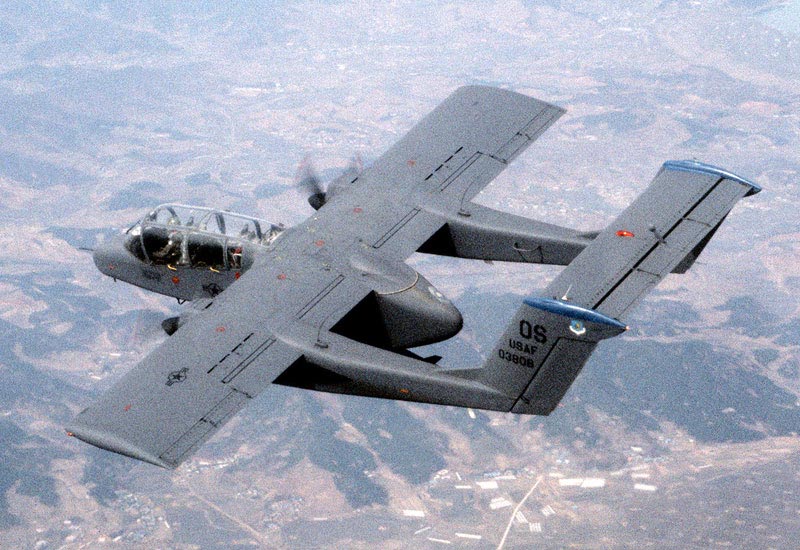 The North American/Rockwell OV-10 Bronco was developed through the United States Marine Corps Light Armed Reconnaissance Aircraft (LARA) program to provide the service branch with a multi-faceted performer that could handle armed reconnaissance and light strikes while operating with high loitering times from short and rugged runways. North American produced the NA-300, which was ultimately selected to become the Bronco in August of 1964. Seven YOV-10A prototypes emerged from the development of the NA-300 . First flight of the Bronco was achieved on July 16th, 1965 and was followed by a production contract in 1966 for the initial OV-10A models.

Externally, design of the Bronco was very unique in nature, sporting a high-mounted, straight monoplane wing assembly with cut-off wing tips. Each wing fitted underslung engine nacelles with powerplants mounting three-bladed propeller systems. The undercarriage was conventional with two main gears (fitted with single wheels) retracting into each engine nacelle underside and a nose gear (also fitting a single wheel)retracting forward. The Bronco maintained a twin boom layout extending aft to two vertical tail fins with the booms joined by a high-mounted horizontal tailplane. The fuselage was made up of a central nacelle fitted between the engines and positioned at the middle of the wing span. Side fuselage "sponsons", containing the 7.62mm M60 machine gun armament, protruded from the lower rear fuselage area. The sponsons also contained four weapon station hardpoints underneath.

The pilot and co-pilot sat in tandem in a full-windowed "greenhouse-style" cockpit with generally great visibility from any direction but to the rear. The cockpit was positioned as such that forward seat was held out well past the engines themselves. Both cockpit positions were afforded ejection seats for improved crew survivability (helped along by the Broncos inherently rugged design and construction). The fuselage nacelle featured a cabin area at rear with space for could fit two medical litters and one medical attendant or five combat-ready infantrymen. Up to 3,200lb of supplies could also be taken aboard if need be.

As a close-support, low-flying, light strike aircraft, armament of the Bronco naturally became the system's forte. Standard fittings included 4 x 7.62x51mm M60C machine guns in fuselage sponsons (the prototype YOV-10D trialed a 1 x 20mm M197 cannon in their place). Up to 3,600lbs of mixed ordnance could be carried externally on one under-fuselage, four under-sponson and two underwing weapons store stations. Armament included air-to-surface rockets in 7- or 19-tube launchers firing 2.75" rockets or 2- or 4-shot launchers firing 5" rockets in either their Folding-Fin Aerial Rocket (FFAR - otherwise known as "Zuni") or WAFARs (Wrap-Around Fin Aircraft Rockets). The Bronco was also given the capability to engage aerial inbound targets by its provision for 2 x wing-mounted AIM-9 Sidewinder short-ranged air-to-air missiles. Other munitions include the mounting of the SUU-11/A or Mk 4 Mod 0 series gun pods while use of conventional bombs rounded out armament capabilities. External fuel tanks could take the place of armament if needed.

The OV-10A fitted two Garret-brand T76-G-410/412 series turboprops delivering up to 715 horsepower each engine. Performance included a top speed of 281 miles-per-hour, a cruise speed of 223 miles-per-hour, an operational range of 576 miles and a service ceiling upwards of 26,000 feet. The OV-10A represented the initial Bronco production model. The OV-10B and OV-10B(Z) were both target tugs produced for Germany, the latter fitted with a J85-GE-4 turbojet engine. Designations for the C-, E- and F-models were all for export to Thailand, Venezuela and Indonesia respectively and all based on the OV-10A production model.

The OV-10M was a modified OV-10A model exclusively for the Philippines Air Force. These Broncos were fitted with a new four-blade propeller system. Work was handled by Marsh Aviation.

The YOV-10D appeared as two modified OV-10A prototype forms for the USMC Night Observation Gunship System (NOGS) program during the Vietnam War. They were used operationally in the war and proved successful, being outfitted with an experimental 20mm XM197 three-barreled Gatling cannon in a belly-mounted turret and a combination FLIR/laser target designator in a nose-mounted turret. Engines were the standard 715 horsepower installations used prior. Despite their positive performance in combat, the design did not enter serial production and, instead, led to the OV-10D production variant which lacked the 20mm XM197 turreted cannon (the M197 was later featured on the Bell AH-1J Cobra attack helicopter).

The OV-10D-model was a second generation design developed for the United States Marine Corps based on the OV-10A, mounting FLIR for night operations, larger engines and larger fiberglass propeller blades. This model also featured a lengthened nose assembly for the extra equipment. Heat suppressors were also fitted to the exhaust stacks to reduce the threat of heat-seeking missiles. The OV-10D has since been upgraded in the OV-10+ variant program, also for the United States Marine Corps. This program consists of upgraded existing A- and D-models to a new standard that includes reinforced wing assemblies and new wiring throughout. The cockpit instrumentation has also been modernized. The lead in this upgrade project has been the MCAS Cherry Point Naval Air Rework Facility. The OV-10D fitted two Garrett T76-G-420/421 series turboprops delivering 1,040 horsepower each engine. Performance included an increased top speed of 288 miles-per-hour, an impressive range increase of 1,382 miles and a heightened service ceiling of up to 30,000 feet.
Advertisements

The United States Air Force utilized the OV-10 primarily for its Forward Air Control role. The first USAF OV-10A was delivered in July of 1968 and was pressed into service in the Vietnam War on July 31st. These Broncos were part of the 19th Tactical Air Support Squadron taking part in active operational combat evaluation of the OV-10A through Operation Combat Bronco, conducting all sorts of combat-related sorties. By October of 1969, the Bronco was being fielded for the light strike role where its 4 x machine gun and rocket armament could be brought to effective bear. Laser targeting pods were eventually fitted to Broncos through project "Pave Nail". The USAF received up to 157 OV-10As during their usage term of which at least 64 of these were lost in the conflict. USAF Broncos were replaced by OA-10A Thunderbolt II and OA-37B Dragonfly observation/close-support aircraft in the early 1990's.

The United States Navy utilized the OV-10A Broncos as light attack aircraft, generally in support of related ground elements such as marine infantrymen and special force Navy SEAL teams. Operating as Light Attack Squadron FOUR (VAL-4), these Broncos were fielded in this fashion from April 1969 through April of 1972 to which some seven Broncos were lost.

The USMC was the first US service branch to receive the Bronco, delivered in both standard OV-10A and OV-10D night observation models. Combat losses in Vietnam amounted to 10 units.

The last combat engagement for United States Broncos was in Operation Desert Storm. Desert Storm proved a mish-mash of old and new aircraft technologies for the F-117 Nighthawk stealth fighter was equally fielded alongside the likes of Vietnam-era aircraft such as A-6 Intruders, F-4 Phantoms, B-52 Stratofortresses and the OV-10 Broncos. As the Bronco was originally designed for the rigors of tropical jungle operations, Desert Storm proved to be an "acting experiment" for the Bronco system. Some in the USAF were even reluctant to field the type for fear that the system would not match well in the modern conflict across unforgiving desert terrain.

Nevertheless, the USMC sent their Broncos into Saudi Arabia making up USMC VMO-1 and VMO-2. In the conflict, the first aircraft lost to enemy fire was an OV-10A from VMO-2. Since this aircraft was an A-model lacking the infrared suppressors on its exhaust stacks, it made relatively easy pickings for shoulder-launched heat-seeking missiles. These shoulder-launched mobile missile platforms were not yet a technological threat in the Vietnam conflict so it was a new threat to original Broncos int he Persian Gulf.

Despite both pilots ejecting safely, they were captured an tortured as Iraqi POWs till the end of the war. Typical Bronco weapon loadouts in the conflict included a single AIM-9 Sidewinder to counter enemy aircraft threats as well as rocket armament and their standard machine gun arrangements to counter ground elements. Broncos also spent their time assisting A-6 Intruders and AV-8B Harriers along with marking targets via white phosphorous rockets as well as spotting for naval-based artillery guns.

Over the run of her production life, operators of the OV-10 Bronco have also included Colombia, Germany, Indonesia, Morocco, Philippines, Thailand and Venezuela. Colombia, Philippines and Venezuela have kept active air branches of the type while Germany, Morocco and Thailand have since replaced theirs. Indonesian Broncos are currently listed as "grounded" and their replacement is forthcoming. Some American-fielded military-based Broncos have gone on to serve with other air forces as well as with the US State Department in drug interdiction roles throughout Latin America while others have also stood in as research assistants in NASA projects.

As of this writing (2012), interest in the OV-10 series is growing to the point that talk of restarting the production lines have been tossed about for both domestic and global markets. Boeing is currently considering such plans and would involve a complete redesign of the internal systems to bring the Bronco up to modern status. These revisions would include a complete all-digital cockpit and support for "smart" guided munitions. By all accounts, the external appearance of the new Bronco would stay the same as their Vietnam-era brethren.

Individual Bronco units carried a price tag of $480,000. Production completed in April of 1969.

March 2017 - Plans for a modernized OV-10 (the "OV-10X") have been scrapped as Boeing has chosen to not participate in the USAFss OA-X program.

October 2017 - The Philippines is actively seeking a replacement for its OV-10 Bronco line. The Brazilian Embraer Super Tucano is on the short list for the country with an initial procurement batch of six aircraft planned.

OPTIONAL:
Mission-specific armament across seven (five fuselage, two underwing) can include a combination of the following: 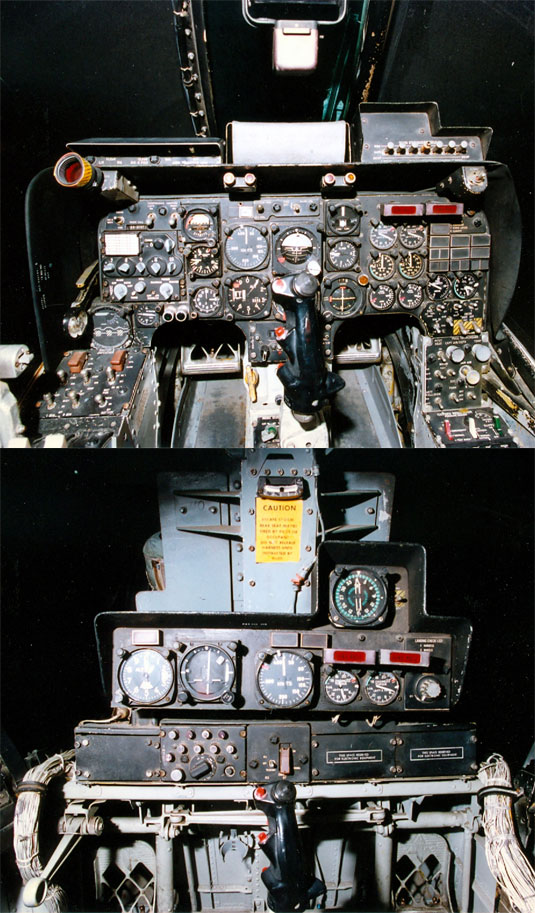 Values are derrived from a variety of categories related to the design, overall function, and historical influence of this aircraft in aviation history.
Overall Rating
The overall rating takes into account over 60 individual factors related to this aircraft entry.
92
Rating is out of a possible 100 points.
Relative Maximum Speed
Hi: 300mph
Lo: 150mph
This entry's maximum listed speed (281mph).