The classic Grumman F6F Hellcat fighter was known to make an Ace out of the many pilots who flew it during World War 2. 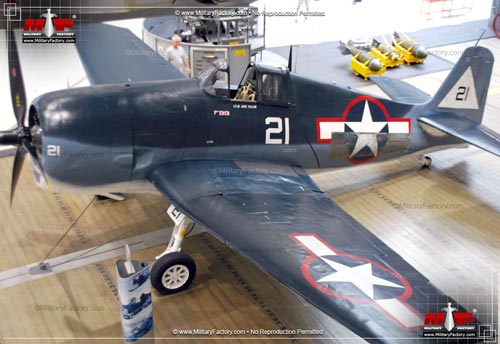 The F6F Hellcat was the successor to - and a logical evolution of - the capable F4F Wildcat series of carrier-borne aircraft fielded by the United States Navy in the Pacific Theater of World War 2. In the conflict, the Hellcat served under the banners of the USN, United States Marine Corp and Britain's Fleet Air Arm of the Royal Navy. The system featured a powerful Pratt & Whitney brand engine, multiple heavy caliber machine guns and the ability to carry conventional bombs and air-to-surface rockets all the while operating from the mobile flattops of the aircraft carriers. The aircraft was known to make aces of most pilots who flew her and total topped 12,275 examples of various models, 11,000 of those appearing in a short 24 months of production.

Design of the F6F followed closely the lines of the F4F. Where the F4F was originally intended as a biplane design - and therefore developed the stout look to the fuselage - the F6F was entirely a monoplane fighter from the start. The cockpit was situated just above the low-mounted large wings (as opposed to the mid-mounted ones found on the F4F) and forward in the design, though just aft of the engine placement, and offered up adequate visibility through a framed canopy. Power came from the mighty Pratt & Whitney R-2800 series radial piston engine delivering some 2,000 horsepower and providing speeds in excess of 375 miles per hour. The engine cowling dominated the front of the design while a conventional single-vertical tail surface rounded out the empennage. Landing gear were unique in that they retracted in a backwards fashion.

As with the F4F before it, the F6F featured 6 x 12.7mm (.50 caliber) heavy machine guns in pairs of threes to a wing with 400 rounds to a gun. Additional and optional armament came in the form of air-to-surface explosive rockets (a strike role which the Hellcat excelled at) and conventional drop bombs as needed. A fuel tank could be carried in the centerline fuselage position for improved range. The flexibility and firepower inherent in the system provided a one-two punch when paired with the equally devastating Vought F4F Corsair fighters. The success of the F6F was noted and a nightfighting variant appeared with radar by 1944 and identified by the use of "N" in their designations (as in F6F-3N).

The F6F first flew as the XF6F-1 prototype I June of 1942. The further-developed XF6F-3 prototype was selected to be the initial production model and featured the Pratt & Whitney R-2800-10 Double Wasp two-stage turbocharged engine. The initial production model became the F6F-3 and was available en force by January of 1944. Shortly thereafter, production was switched to the refined F6F-5 model with the new Pratt & Whitney R-2800-10W ("W" indicating "water-injection") radial piston engine and other aerodynamic and structural refinements along with provisions for underwing munitions.

The Hellcat appeared operationally for the first time in August of 1943 with the Second World War in full swing. She proved her worth, taking part in some of the greatest airborne confrontations in the Pacific - from the Caroline Islands to the Battle of the Philippines (June 19-20, 1944) and beyond. The British received their 252 Hellcat F6F-3 and F6F-5 models under Lend-Lease. No fewer than 75 percent of all enemy aircraft in the entire conflict were at the hands of Hellcat pilots, credited with some 5,156 total kills in the war for a mind-boggling kill ratio of 19:1. 307 Hellcat pilots were made aces thanks to the fine machine. The aircraft were duly noted for their role in supporting Task Force 58 to which some 400 Japanese aircraft were destroyed in a single week.

The F6F series soldiered on in the post-war world, being fielded by French, Argentine and Uruguayan forces. The French used them in anger in their Indo-China conflict while the series as a whole would be used up until the early 1960's. The last use of F6F's for the Americans came in the Korean War when six remotely-controlled Hellcats were used as giant aerial bombs on targets in North Korea.

The appearance of the F6F most assuredly changed the tide of the war in the Pacific in favor of the Americans - and the rest of the free world for that matter. The system was noted for its toughness and responsiveness and the kill tally reflected the benefits of the platform. In the end, the F6F lived up to the name of legendary warbird and became one of the single most important reasons that the war in the Pacific turned out the way it did.©MilitaryFactory.com
Note: The above text is EXCLUSIVE to the site www.MilitaryFactory.com. It is the product of many hours of research and work made possible with the help of contributors, veterans, insiders, and topic specialists. If you happen upon this text anywhere else on the internet or in print, please let us know at MilitaryFactory AT gmail DOT com so that we may take appropriate action against the offender / offending site and continue to protect this original work.
Advertisements

(Showcased performance specifications pertain to the Grumman F6F-5 Hellcat production variant. Performance specifications showcased above are subject to environmental factors as well as aircraft configuration. Estimates are made when Real Data not available. Compare this aircraft entry against any other in our database or View aircraft by powerplant type)
STANDARD (F6F-3, F6F-5):
6 x 0.50 caliber M2 Browning heavy machine guns in wings (three guns to a wing).

Up to 4,150lb of externally-held drop ordnance.

(Not all ordnance types may be represented in the showcase above)
Hardpoint Mountings: 5
Mounting Points

General Assessment
Firepower
Performance
Survivability
Versatility
Impact
Values are derrived from a variety of categories related to the design, overall function, and historical influence of this aircraft in aviation history.
Overall Rating
The overall rating takes into account over 60 individual factors related to this aircraft entry.
92
Rating is out of a possible 100 points.
Firepower Index (BETA) 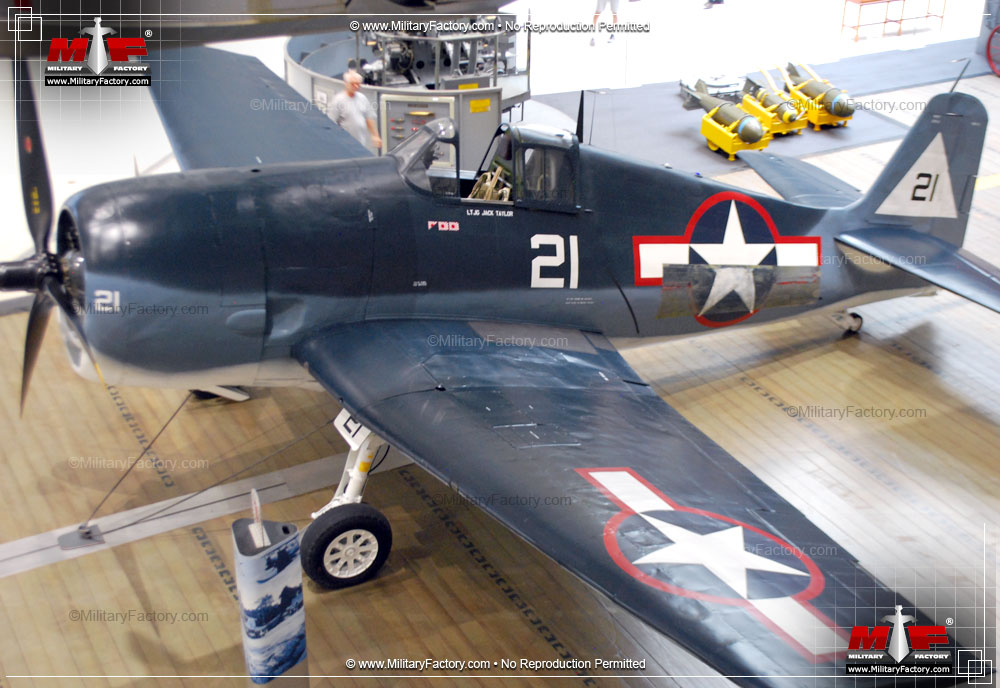 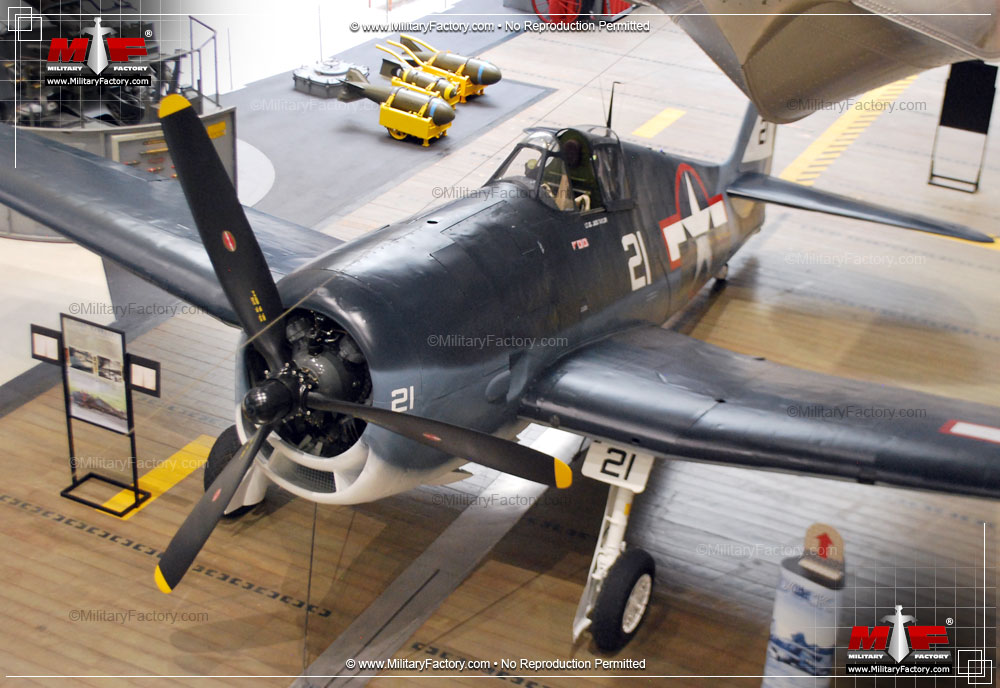 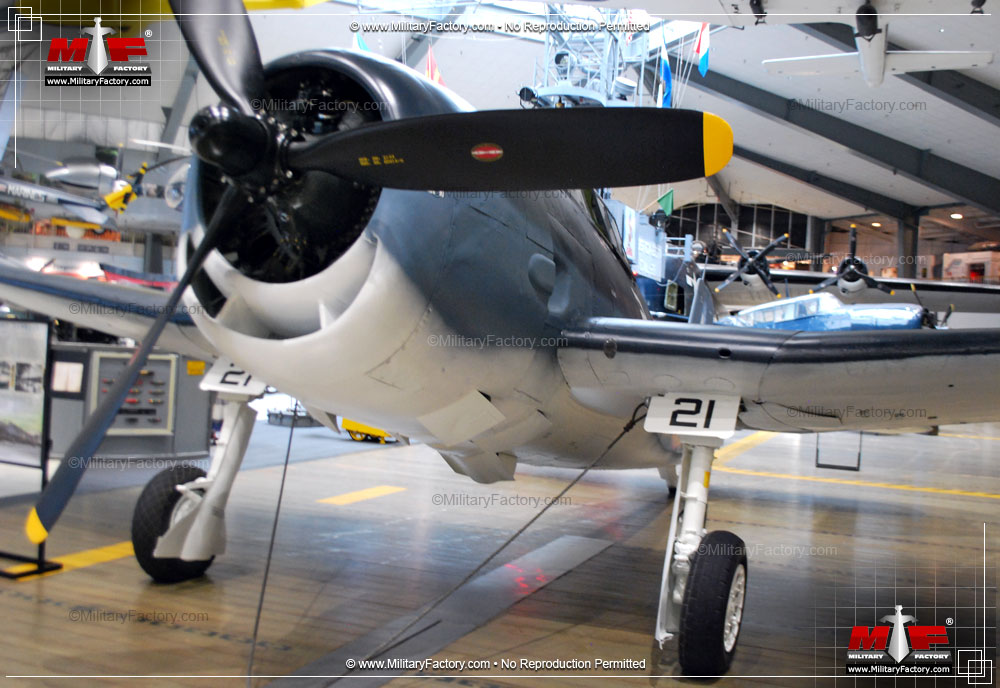 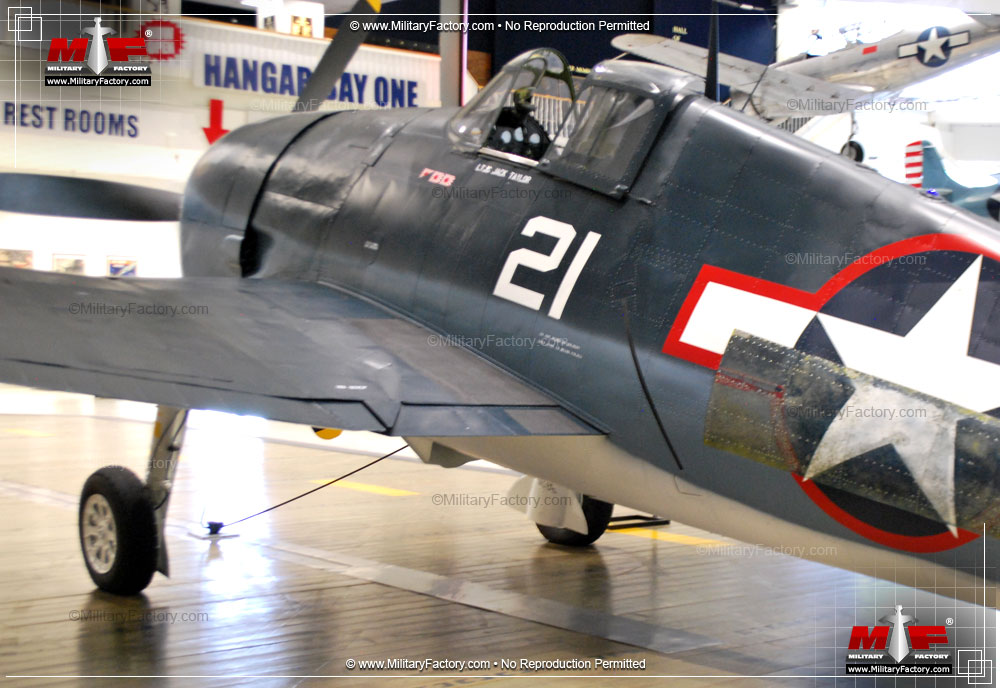 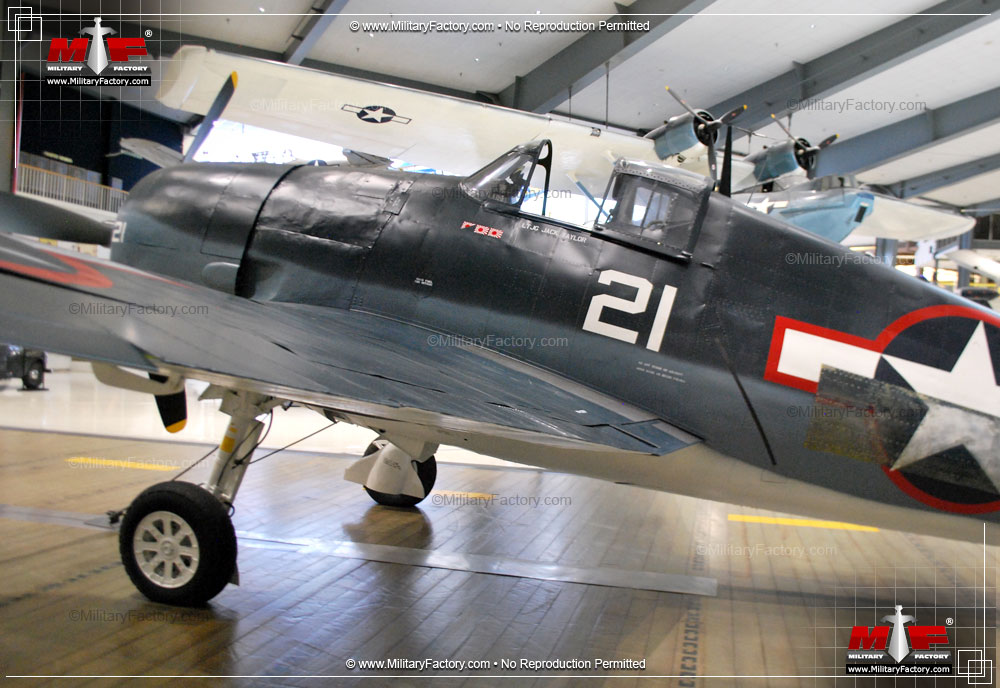 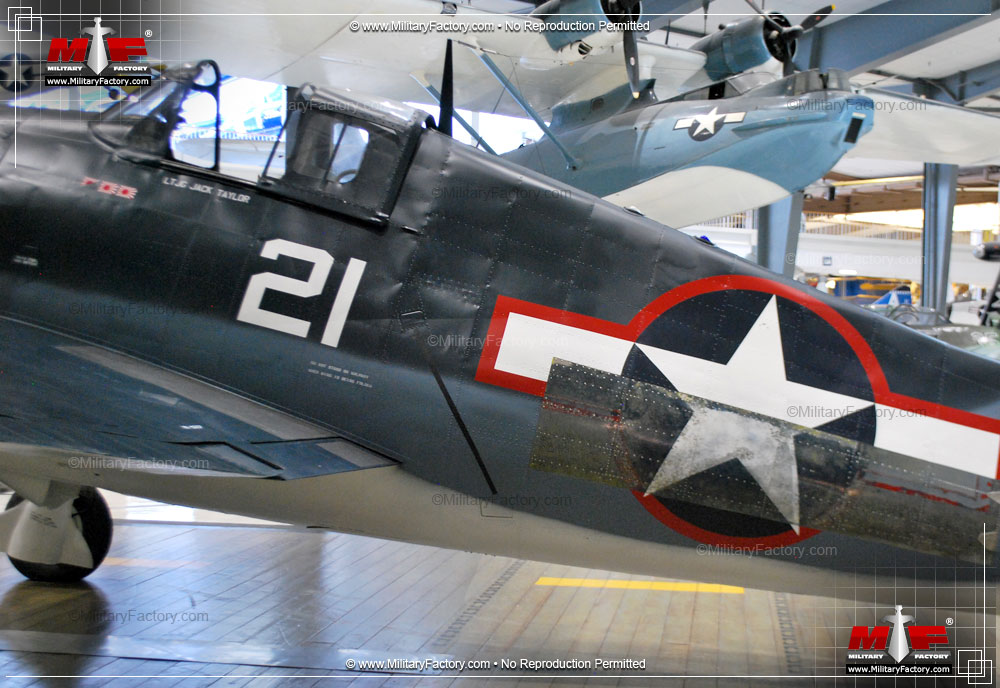 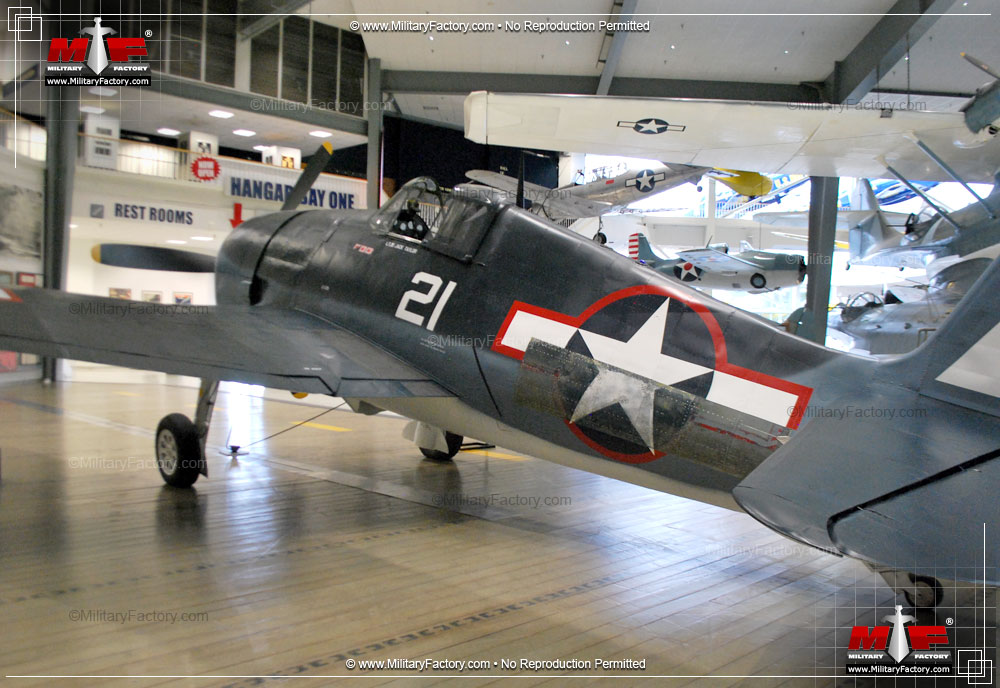 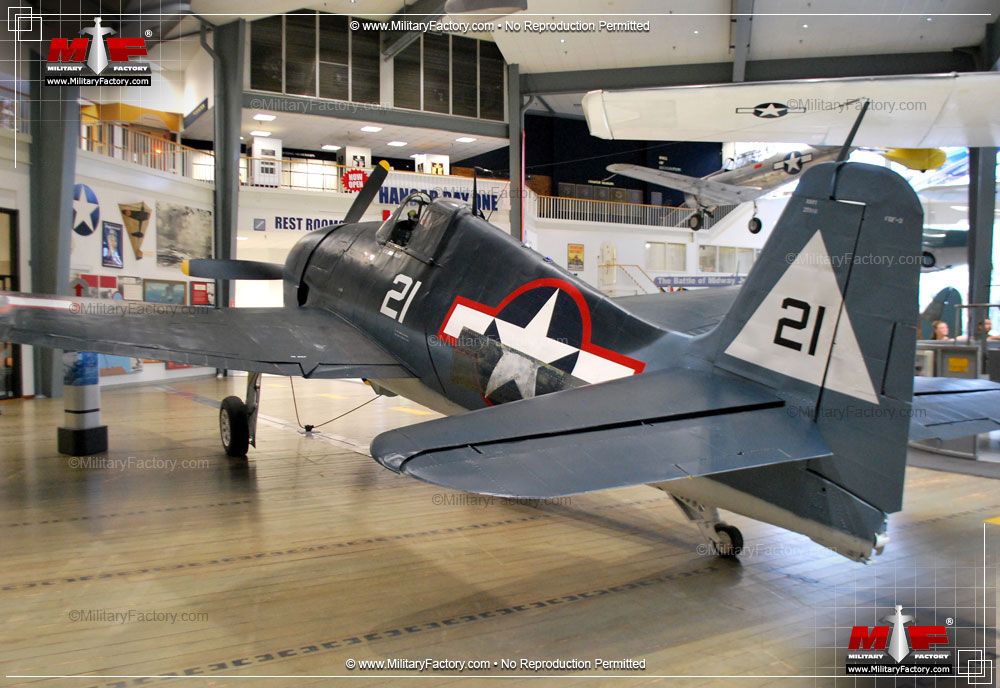 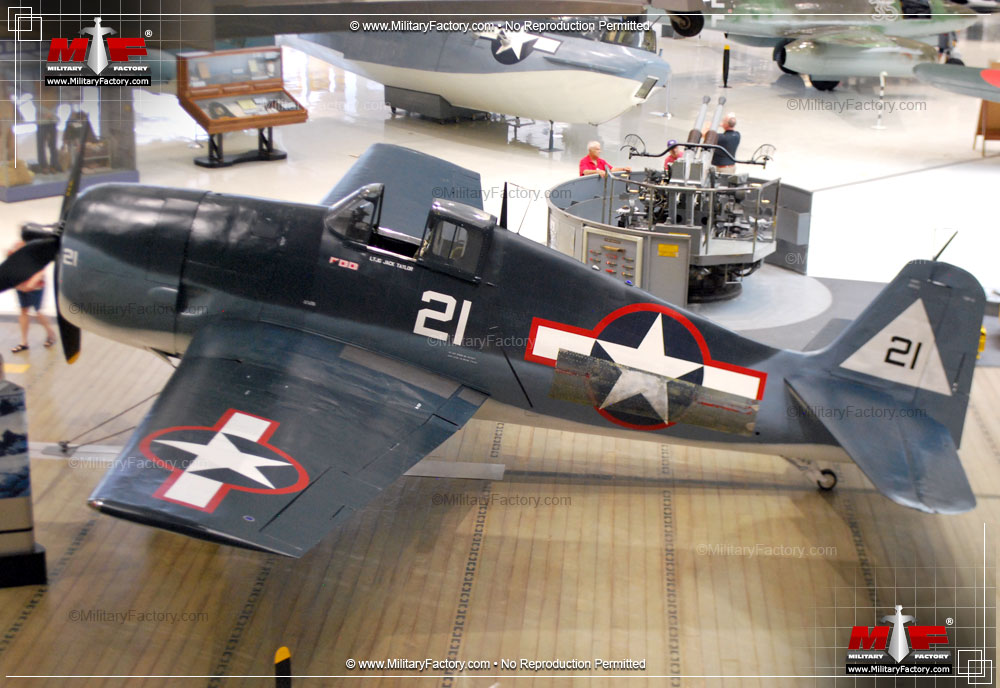 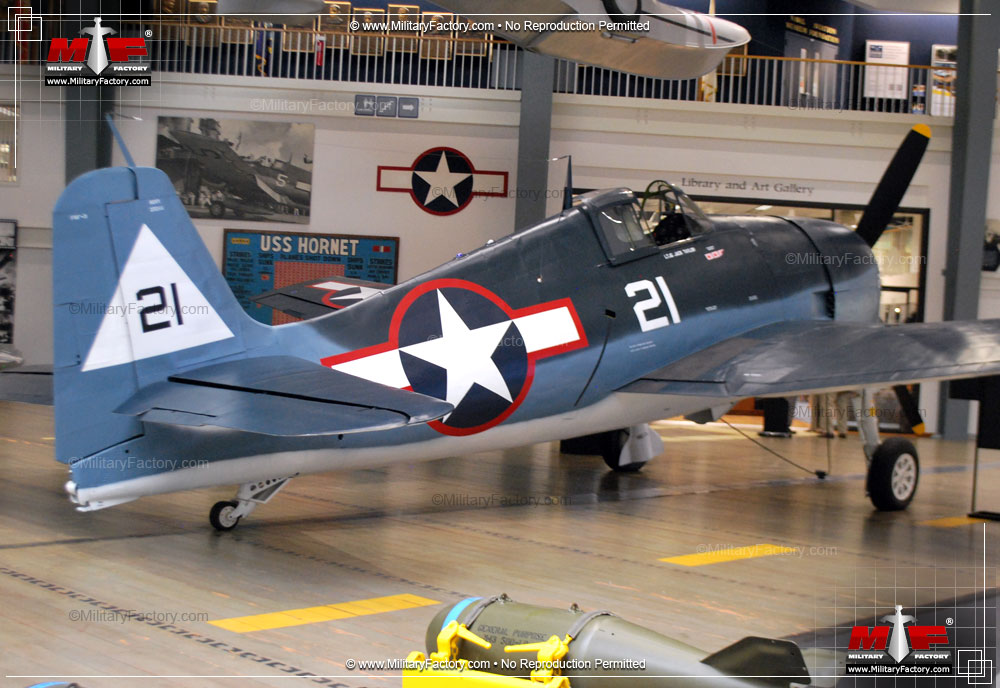 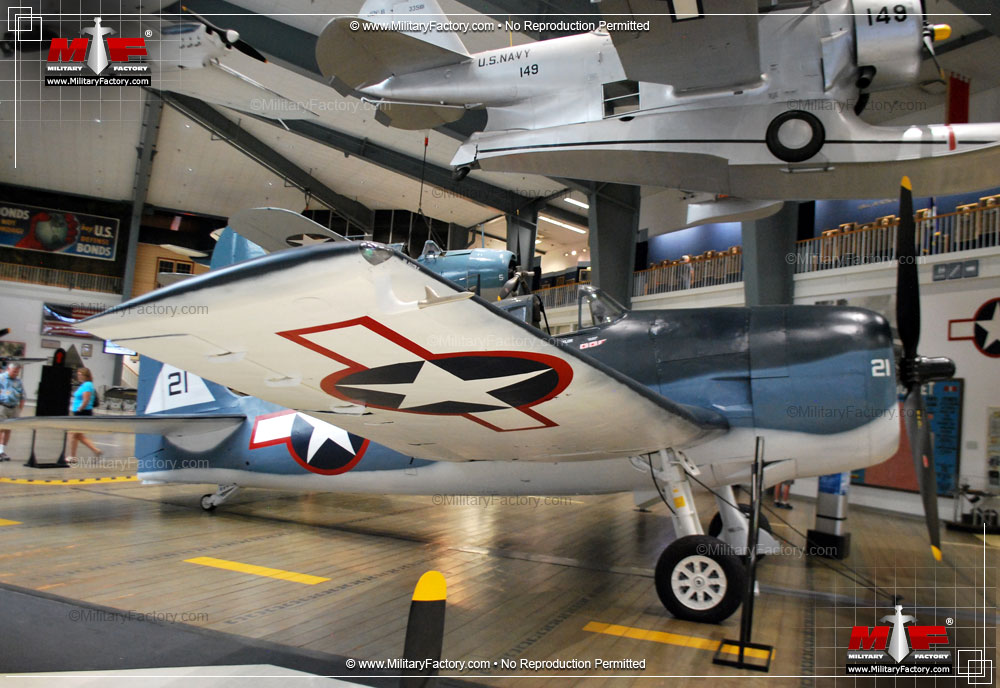 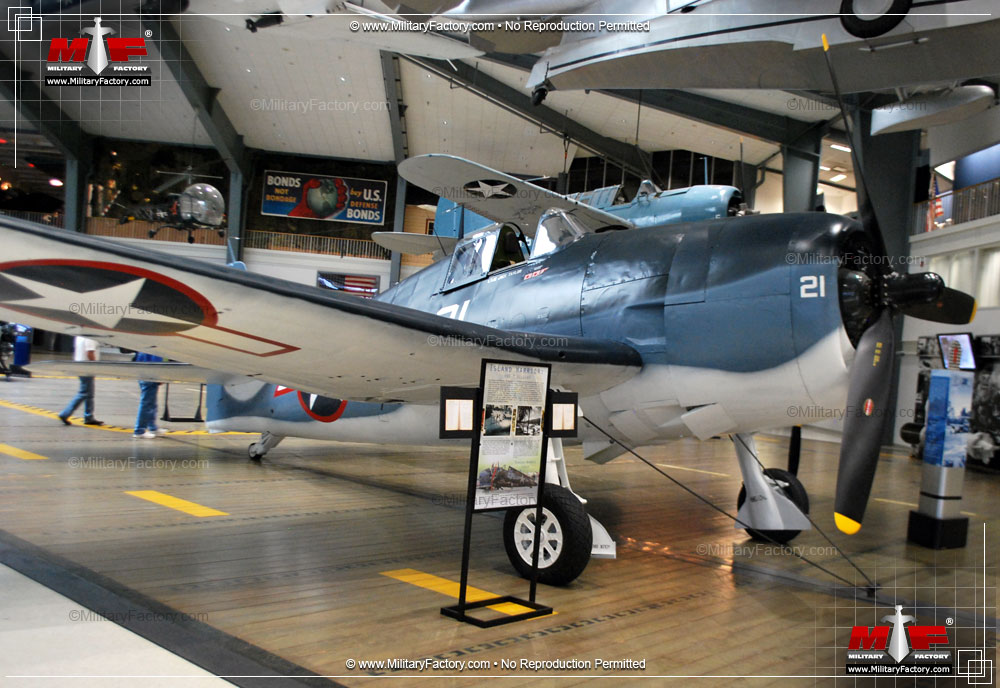 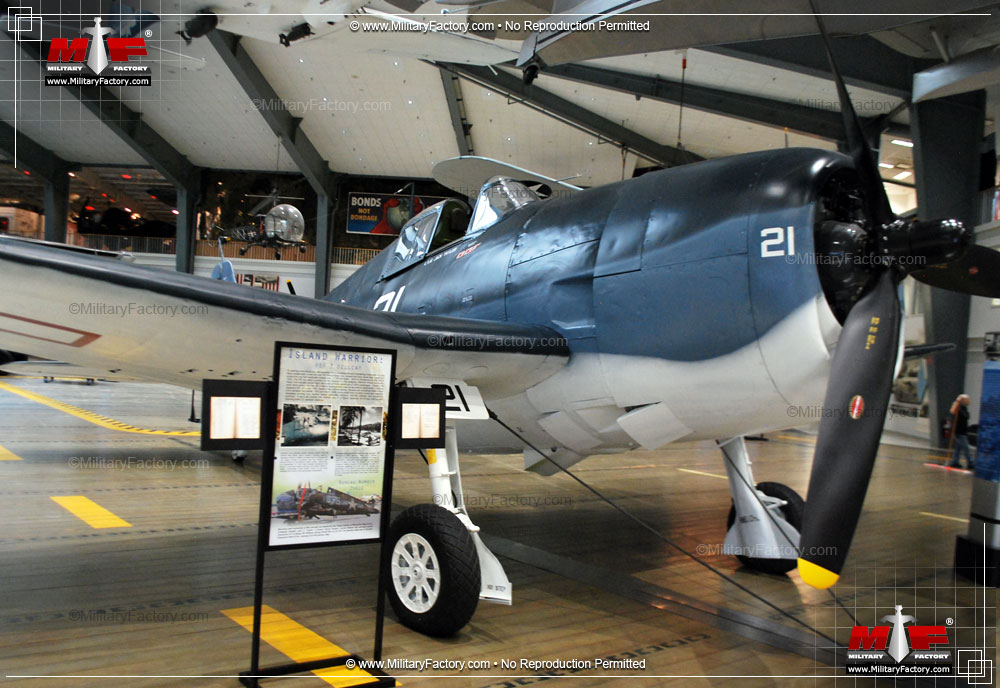 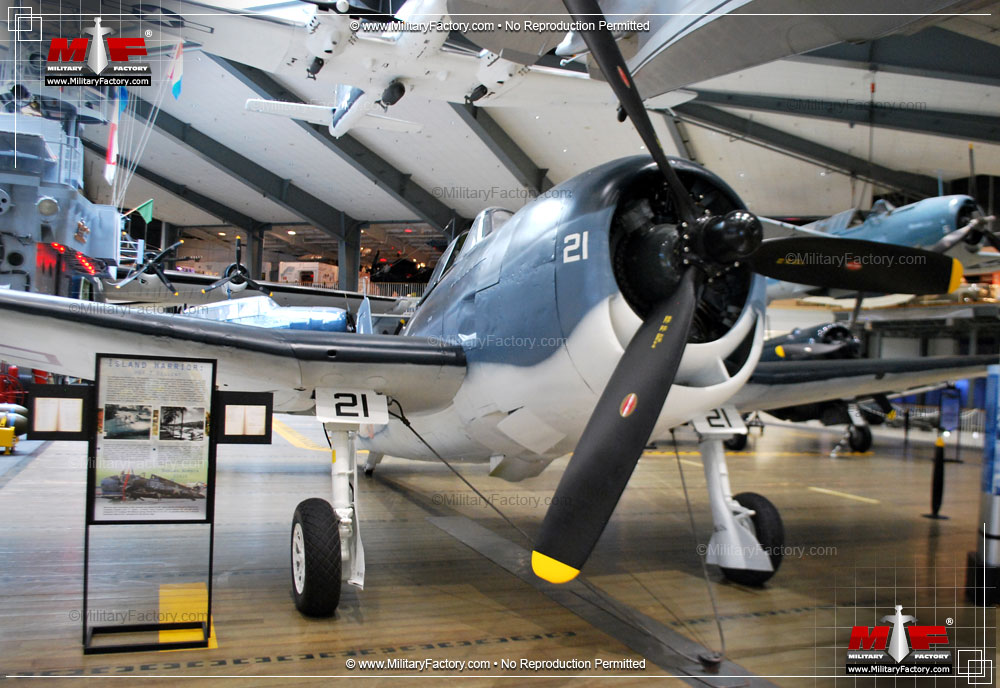 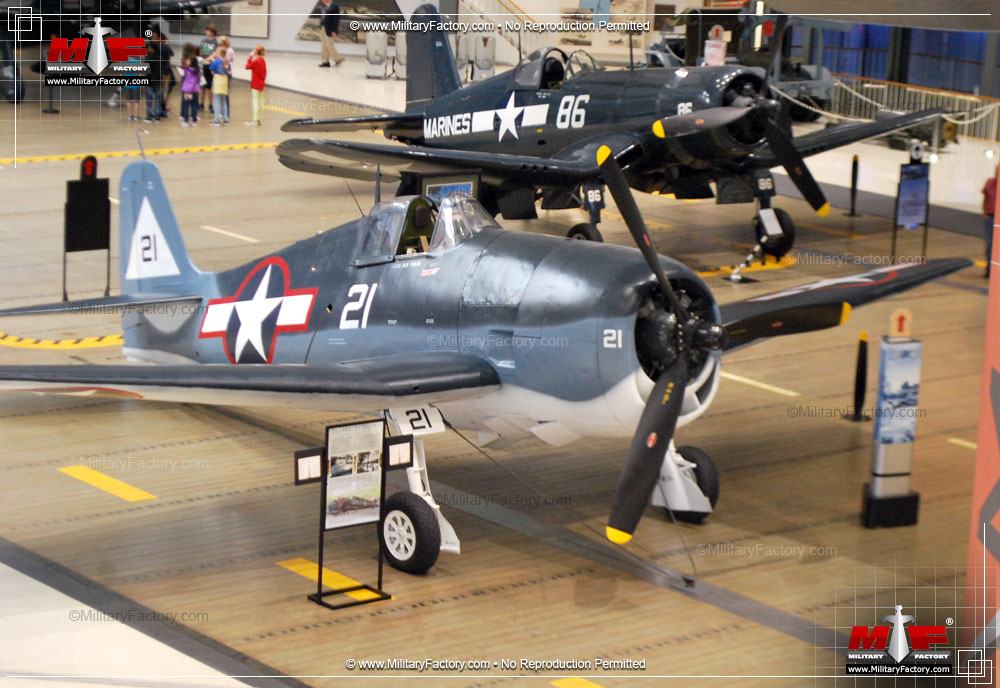