The Nakajima A6M-2 fighter was a floatplane derivative of the classic Mitsubishi A6M Zero fighter line of World War 2. 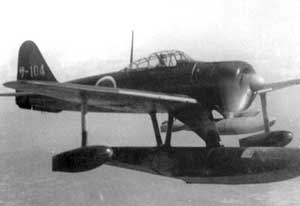 As an island nation with a primary military focus placed on a powerful navy, the Empire of Japan was forced to rely upon a healthy stable of floatplane and flying boat aircraft during its conquest of the Pacific during World War 2 (1939-1945). In 1940, the Imperial Japanese Navy (IJN) commissioned for a dedicated "fighting floatplane" - a floatplane aircraft capable of operating from water while retaining the abilities and firepower of a modern military fighter. This sort of fighter type was brought about by the need for Japan to field forward-operating elements not relying on fixed airfields or aircraft carriers for their general operation and support. The nation was the only one of the war to put a premium on "fighting floatplanes" as a result.

Kawanishi headed the charge to produce the new fighting floatplane (becoming the N1K "Kyofu" detailed elsewhere on this site) while Nakajima was selected to provide an interim solution which was based on the famous Mitsubishi A6M "Zero" carrier-based fighter platform. The model of choice became the A6M2 and saw its retractable, wheeled undercarriage completely removed. In its place, a triple-float arrangement was added utilizing a large central float section with two underwing floats for additional stability on the water. The float arrangement would remain fixed in flight which added drag and reduced performance some. The cockpit seated one under a greenhouse-style canopy with generally adequate views around the airframe. The original A6M armament of 2 x 20mm cannons and 2 x 7.7mm machine guns was retained which had already proven sufficient against enemy aircraft over Asia and the Pacific in the early campaigns of the war. While IJN forces were busy enacting their surprise attack on Pearl Harbor, Hawaii on December 7th, 1941, the new fighting floatplane recorded its first flight in prototype form. It was subsequently adopted into IJN service as the "A6M2-N" and eventually given the Allied codename of "Rufe".

Entering service in 1942, the A6M2-N was pressed into immediate action in several of the mid-war campaigns including the Aleutians and the Solomon Islands Campaign. The A6M2-N inventory suffered a severe setback when, on August 7th, 1942, a seaplane base was destroyed by Allied fighter-bombers, taking with it most of the available A6M2-Ns stationed there. Nevertheless, total production was able to net 327 aircraft and these were used with good efficiency against Allied positions - marking patrol elements, aiding warship guns, engaging convoys, and reconnoitering areas over-the-horizon. However, when Allied fighter coverage became more numerous and effective, the value of the A6M2-N dwindled and losses began to naturally mount. For the final months of the war, the series was used in defense of the Japanese homeland as an interceptor where the aircraft's capabilities were severely hampered against high-flying Allied bombers and faster, better performing enemy fighters.

In the post-war period, the French managed to capture a single example in Indochina though this aircraft was quickly lost in a crash marking the only foreign use of the type - however brief it was.©MilitaryFactory.com
Note: The above text is EXCLUSIVE to the site www.MilitaryFactory.com. It is the product of many hours of research and work made possible with the help of contributors, veterans, insiders, and topic specialists. If you happen upon this text anywhere else on the internet or in print, please let us know at MilitaryFactory AT gmail DOT com so that we may take appropriate action against the offender / offending site and continue to protect this original work.
Advertisements

(Showcased performance specifications pertain to the base Nakajima A6M2-N (Rufe) production variant. Performance specifications showcased above are subject to environmental factors as well as aircraft configuration. Estimates are made when Real Data not available. Compare this aircraft entry against any other in our database or View aircraft by powerplant type)
STANDARD:
2 x 7.7mm Type 97 machine guns in fixed, forward-firing positions along the fuselage.
2 x 20mm Type 99 cannons in wings (one to a wing) 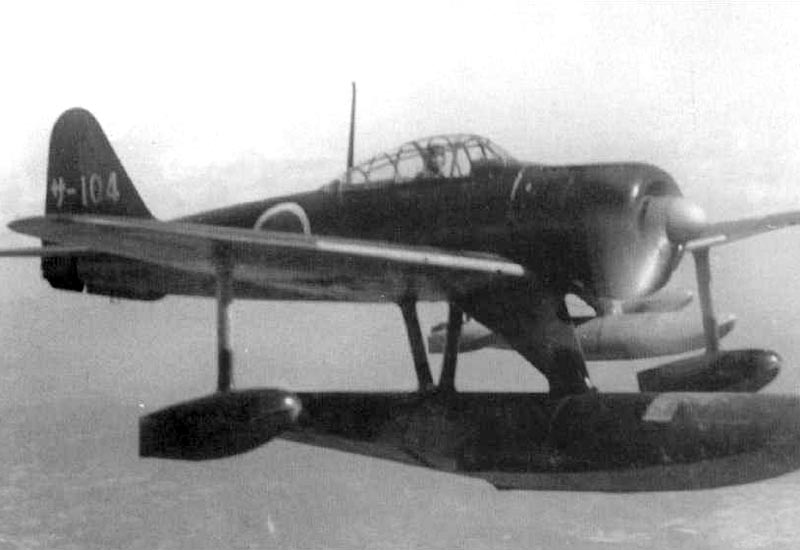