The Yakovlev Yak-7 formed a valuable portion of the capable Yakovlev stable of fighter aircraft for the Soviet Air Force during World War 2.

Authored By: Staff Writer | Last Edited: 02/21/2018 | Content ©www.MilitaryFactory.com | The following text is exclusive to this site. 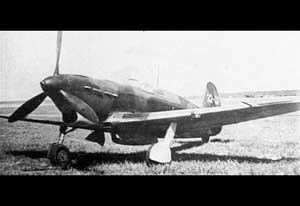 The Yak-9 piston-engine fighter was one of the more important fighters to serve the Soviet Air Force during World War 2 (1939-1945). Some 16,769 of the type were built in a healthy number of battlefield configurations from 1942 to 1948. Post-war export usage only added to the Yak-9 story before the end. However, the Yak-9 was held a lineage in an early-war fighter design designated Yak-1 and this was itself a highly maneuverable gunnery platform of which 8,700 were produced into 1944. The Yak-1 line evolved to become the Yak-9 but not before laying the foundation for what would become the Yak-7 intermediate fighter design.

The Yak-7 was born from work on the Yak-1. It originally existed as a two-seat trainer intended to serve the Yak-1 line and given the facilities of only one machine gun (7.62mm) for gunnery practice and dual-control cockpits for student and instructor. Some forms left the factory during 1941 with fixed landing gear (Yak-7V) to help simplifying the production process while others retained retractable sets (Yak-7UTI). 510 Yak-7V models were built along with 186 Yak-7UTI aircraft. A further 87 V-models were formed by converting existing Yak-7B fighters (B-models detailed later).

Engineers at the Yak-7 factory then began work on a possible single-seat fighter conversion of the twin-seat design. This was accomplished through a single example fitted with a propeller-mounted 20mm cannon, 2 x 7.62mm machine guns in the engine cowling, support for underwing rockets, self-sealing fuel tanks, and cockpit armoring. Rather than delete the rear instructor's space, this area was held for the prospect of future versatility - transporting a messenger or carrying fuel stores.

The new aircraft - designated Yak-7/M-105P (M-105P was the engine series fitted) - was quickly evaluated and proved a better offering than even the in-action Yak-1 series. When showcased to Soviet authorities, the type was adopted at speed and production ordered before the end of 1941. The German advance disrupted the initiative and fewer than 65 were available by the end of the year.

In practice, the fighters quickly became strong performers. Their maneuverability was a prized quality and armament was suitable for most encounters with German aircraft. Beyond its service as a traditional fighter/interceptor, the aircraft made for a stable ground-attack platform through cannon/machine gun strafing, rocket attacks, and conventional bomb dropping. Many were pressed as Close Air Support (CAS) platforms against the hordes of Axis forces. The installation of a fuel tank (unarmored) in the second cockpit served well in increasing the aircraft's range at the expense of a second set of eyes.

The Yak-7 continued the smooth design lines of the Yak-1 before it. The cockpit was fitted just ahead of midships and aft of the long-running nose. The dorsal spine eliminated what good views to the rear there were but increased internal storage space. The engine drove a three-bladed propeller unit which featured a spinner housing the hub cannon armament. The wing mainplanes were low-mounted assemblies and also fitted ahead of midships. The tail utilized a conventional arrangement including a single, rounded fin and low-mounted horizontal planes. The undercarriage was of a "tail-dragger" arrangement sporting two main legs (retractable) under the wings and a tail wheel.
Advertisements

The line's formal introduction came in 1942 with the plainly-designated "Yak-7" mark being of limited production numbers. The follow-up "Yak-7-37" incorporated a 37mm MPSh cannon in the propeller hub as well as 2 x 12.7mm UBS heavy machine guns in the engine cowling for a most impressive offensive-minded punch.

The "Yak-7A" them came online as an improved Yak-7 with roughly 300 of the mark being built and introduction occurring during 1942. This model incorporated the M-105PA V12 liquid-cooled inline piston engine of 1,050 horsepower for speeds reaching 308 miles per hour, ranges out to 400 miles, a service ceiling of 31,170 feet, and a rate-of-climb of 2,400 feet per minute. Armament was 1 x 20mm ShVAK cannon firing through the propeller hub and 2 x 7.62mm ShKAS machine guns in the engine cowling. Later models introduced 2 x 12.7mm Berezin UB series heavy machine guns in their place.

The Yak-7B was another improved model, this time of the Yak-7A, and brought about a reduced wingspan reach, improved onboard systems, and production-friendly changes to the undercarriage. Total production of this definitive model was an astounding 5,000 examples.

The Yak-7D of 1944 was developed as a long-range fighter and a prototype was made from an existing Yak-7B airframe. The Yak-7K served as a fast courier model in which the rear cockpit could seat one person. The Yak-7PVRD was a research platform incorporating 2 x DM-4 series ramjets under the wings but only two of this mark appeared. Another research version was the Yak-7R fitting a pair of ramjets as well as a turbojet engine. The Yak-7R would have been a modified jet-powered fighter form of the original Yak-7, installing the German Junkers Jumo 004 series turbojet engine. The Yak-7T was used to test a variety of engine-mounted cannon installations.

The Yak-7DI, built as a long-range model from the Yak-7D, ultimately became the aforementioned Yak-9 fighter line.

Operators (beyond the Soviet Union) of the Yak-7 line went on to include Albania, France, Bulgaria, Hungary, Mongolia, Poland, and Yugoslavia. Albania utilized both the fighter and trainer versions while the Free French Air Force stocked the Yak-7 through its Normandie-Niemen squadron. Bulgaria and Hungary operated only a limited stock of Yak-7s in the post-war years and these served as trainers for the incoming line of Soviet Yak-9 fighters. Mongolia used the trainer version and the Polish Air Force used both types into September 1946. Yugoslavia managed only a pair of Yak-7V models for its part.

Albania; Bulgaria; France; Hungary; Mongolia; Poland; Soviet Union; Yugoslavia
(OPERATORS list includes past, present, and future operators when applicable)
✓ Air-to-Air Combat, Fighter
General ability to actively engage other aircraft of similar form and function, typically through guns, missiles, and/or aerial rockets. ✓ Ground Attack (Bombing, Strafing)
Ability to conduct aerial bombing of ground targets by way of (but not limited to) guns, bombs, missiles, rockets, and the like. ✓ Close-Air Support (CAS)
Developed to operate in close proximity to active ground elements by way of a broad array of air-to-ground ordnance and munitions options. ✓ Training (General)
Developed ability to be used as a dedicated trainer for student pilots (typically under the supervision of an instructor). 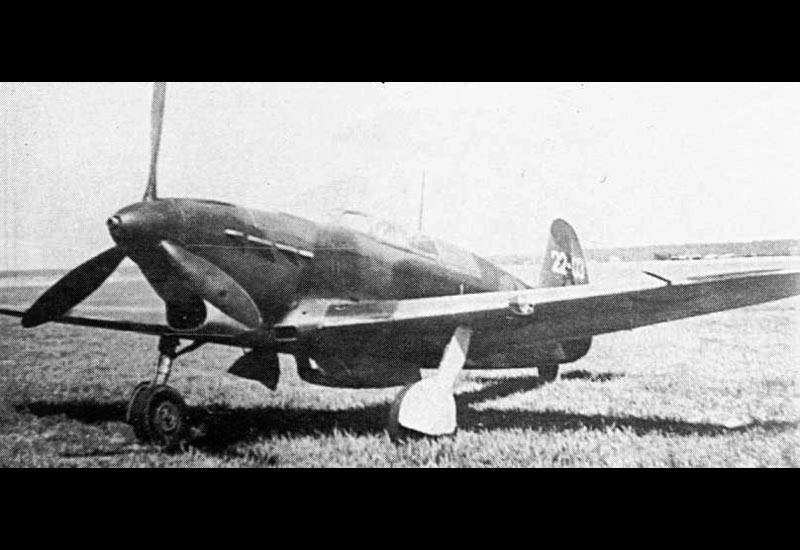