Authored By: Staff Writer | Last Edited: 08/16/2019 | Content ©www.MilitaryFactory.com | The following text is exclusive to this site. 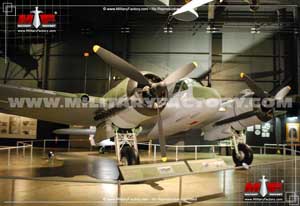 The twin-engine Bristol Beaufighter (known simply as "Beau") heavy fighter became a national wartime hero for the British with stellar service during the pivotal Battle of Britain and many other conflicts dotting the history of World War 2 (1939-1945). It saw an extended operational existence during the subsequent Cold War years that followed - not retired from notable use until 1960. Other operators went on to include Canada, Dominican Republic, Israel, New Zealand, Norway, Poland, Portugal, South Africa, Turkey, and the United States. The Beaufighter became one of the best aircraft designs emerging from the Bristol concern during the war where it was fielded over every major front of the conflict.

The Beaufighter was originally proposed directly by Bristol to the RAF as a heavy fighter offering during a time when much focus fell to twin-engined, heavily-armed, long endurance gun platforms that could also serve in a limited ground strike role. While there was no formal need or specification drawn up for the new aircraft, it proved promising enough for the RAF to shore up its limited air arm. The RAF believed that the new fighter could favorably complement the existing stock of single-engine types and twin-engine medium bombers quite well. Due to the British commitment to World War, the need for any capable aircraft was great and the Beaufighter quickly joined RAF ranks. First flying on July 17th, 1939, the aircraft was introduced on July 27th, 1940 - some twelve months after the first prototype flew - a rarity for newly-developed war machines even by 1930s / 1940s standards. Serial production was underway in May of 1940 and would last until after the war in 1946. Since the new Beaufighter utilized many components of the existing Bristol Beaufort torpedo bomber (detailed elsewhere on this site), the implementation of the Beaufighter into RAF service was relatively quick and painless.

Due to its Beaufort origins, the "Beaufighter" name was formed from the words "Beaufort" and "Fighter".

The twin-engine heavy fighter featured a crew of two and was initially outfitted with an impressive armament array of 4 x 20mm Hispano cannons found under the nose and 6 x 7.7mm machine guns mounted in the wings. This armament was quite a powerful installation when compared to many other fighters of the war. The streamlined fuselage carried the cockpit, avionics, and other mission critical components while being set between the radial piston engines - these fitted to the leading edges of the wings and driving three-bladed propellers. The tail unit was highly conventional with a single rudder and low-set horizontal planes in play.

Beaufighters were delivered in time for September 1940 though most lacked their intended machine gun wing armament. Nevertheless, the four-cannon arrangement was sufficient enough to tackle any enemy bomber of the day and could serve double-duty in the ground attack strafing role. By the end of the year, more and more Beaufighters were finally seeing their full armament suite installed. The radar equipment, at the heart of any night-fighter, was developed at the same time as the aircraft and managed to be introduced at roughly the same time.

In early practice, the original production mark - Beaufighter Mk I - was far from a success as a fighter due to performance that was inferior to frontline enemy fighters of the day. It was, however, a very capable bomber-interceptor and was used as such when possible. Handling proved a handful to greenhorn pilots but maneuverability was considered good for the aircraft's size. Installation of radar ultimately helped it to serve in the low light / night time hours against marauding enemy aircraft while its sound overall design made it acceptable for service in the desert environments of North Africa and on the Pacific theater. With more experience at the controls, the Beaufighter eventually turned itself into an effective night-fighting platform for the RAF until succeeded in the role by the famous de Havilland DH-98 "Mosquito" twin-engine fighter. When outfitted to carry torpedoes, the Beaufighter was also a useful anti-ship platform which served both the RAF and Coastal Command well during the war.

The Americans took on a stock of Beaufighters and began their service over the Mediterranean during the middle part of 1943. These aircraft were in play until unseated by the homegrown Northrop P-61 "Black Widow" night-fighter from the end of 1944 onwards. Most of the Beaufighter's remembered exploits typically surrounded the African/European theaters of war but the series proved its mettle in the skies over the Pacific and Southeast Asia with equal fervor. Australian air groups utilized the type in the Southwest Pacific area primarily in the anti-ship role and bomber escort.

Mk VII, Mk VIII, and Mk IX were marks reserved for Australian service (each with variable engine installations) though none of these was serially produced. Mk 21 was a local Australian service mark with Bristol Hercules CVII engines, support for aerial rockets or conventional drop bombs under the wings, and a standard armament of 4 x cannon and 4 x machine guns. It could also serve in the torpedo bomber role. The Australians also experimented with a Beaufighter variant armed with 40mm Bofors cannons and Rolls-Royce Merlin engines.

Into the post-war years, the Beaufighter continued its service career and saw some combat action during the Greek Civil War (March 1946 - October 1949). Beyond that, the Beaufighter enjoyed a rather quiet retirement.

(Showcased performance specifications pertain to the Bristol Beaufighter VIF production variant. Compare this aircraft entry against any other in our database or View aircraft by powerplant type)
MODEL DEPENDENT: 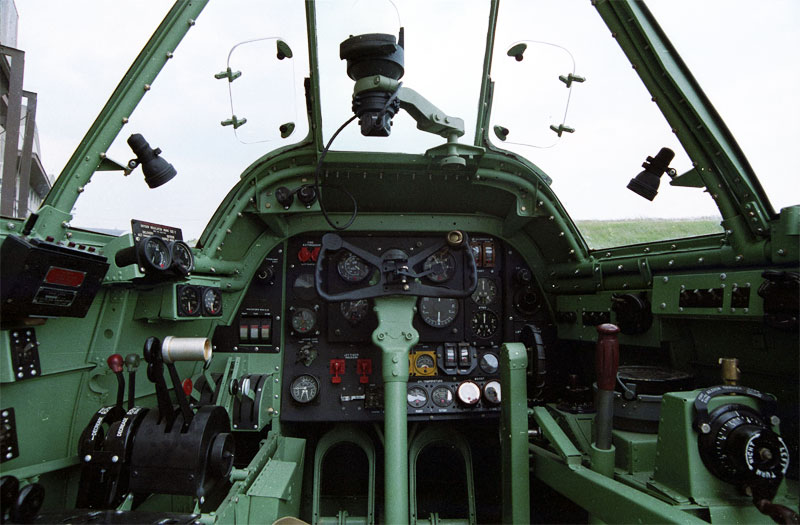 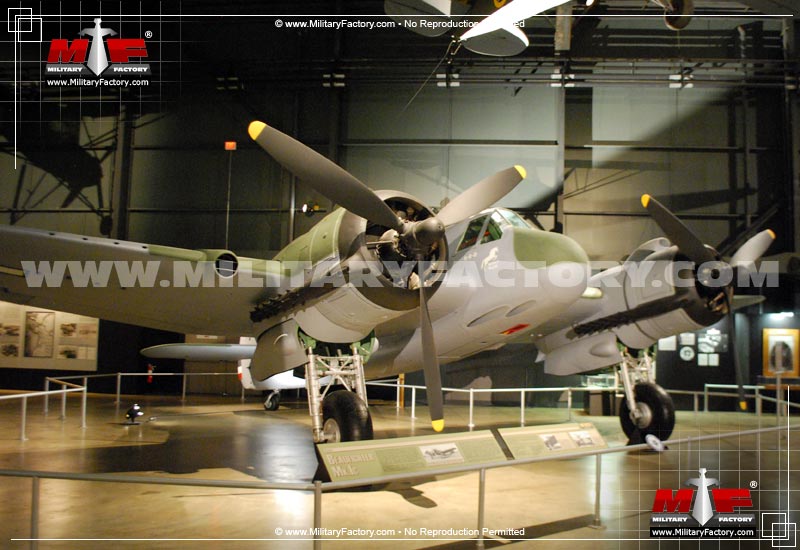 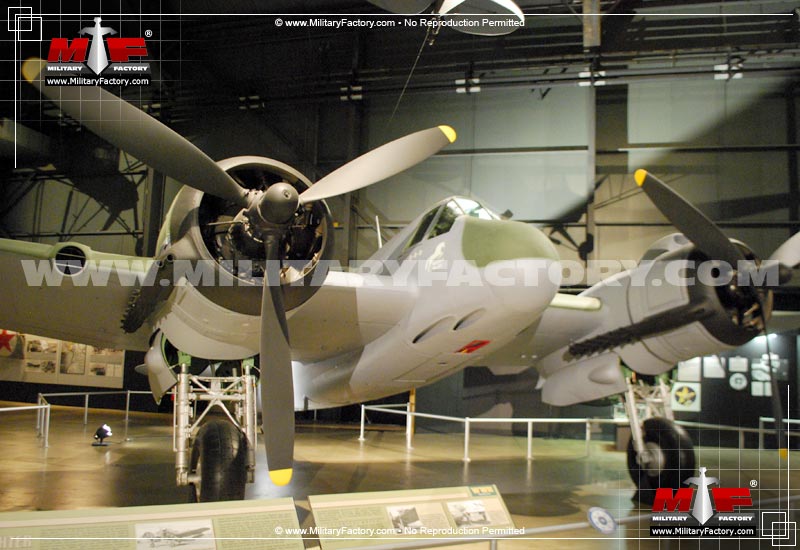 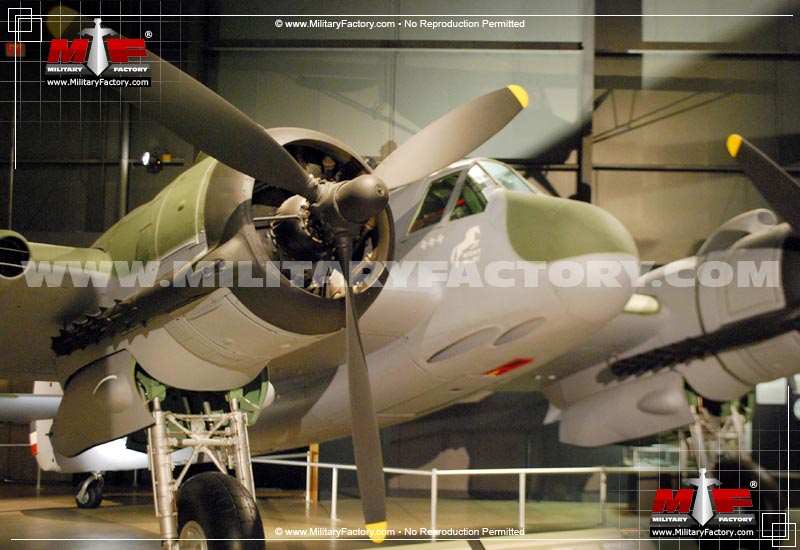 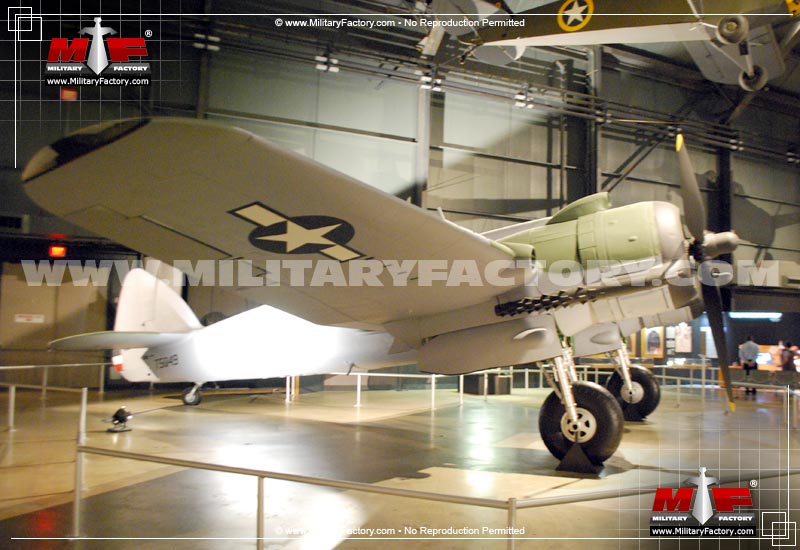 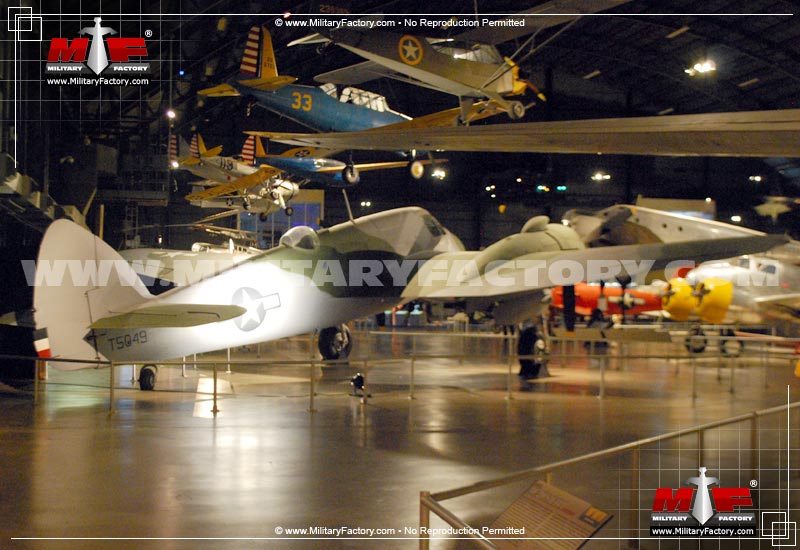 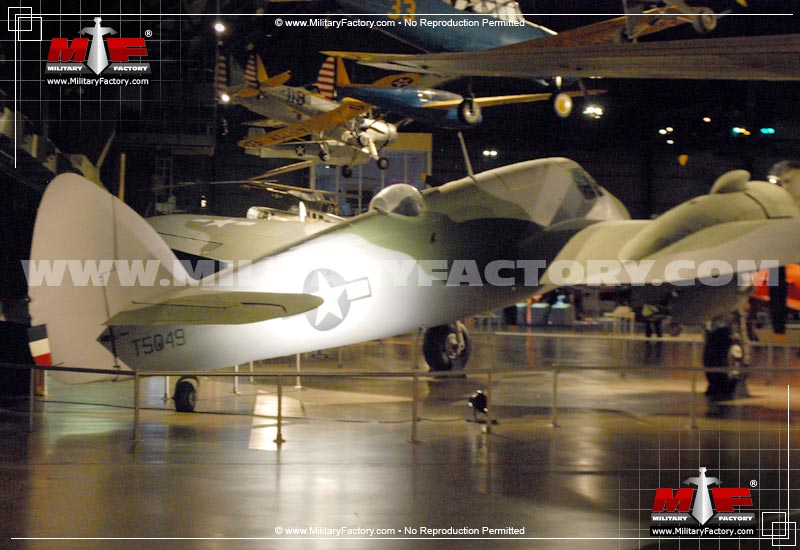 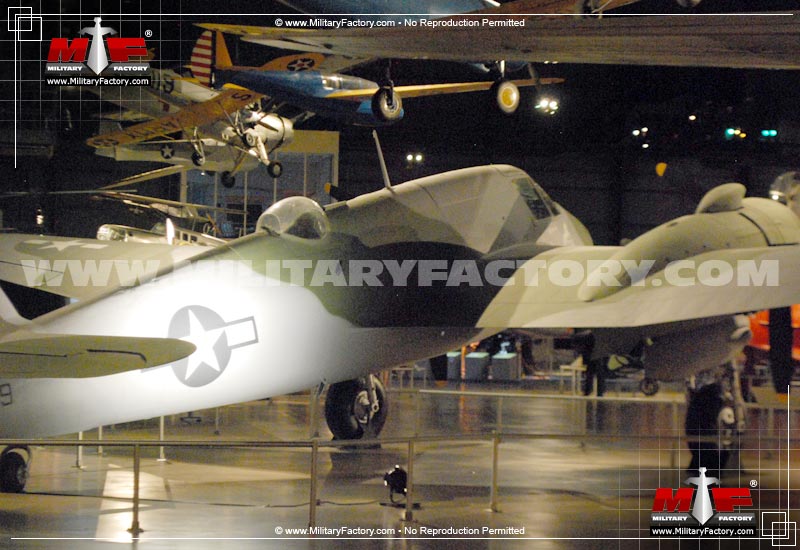 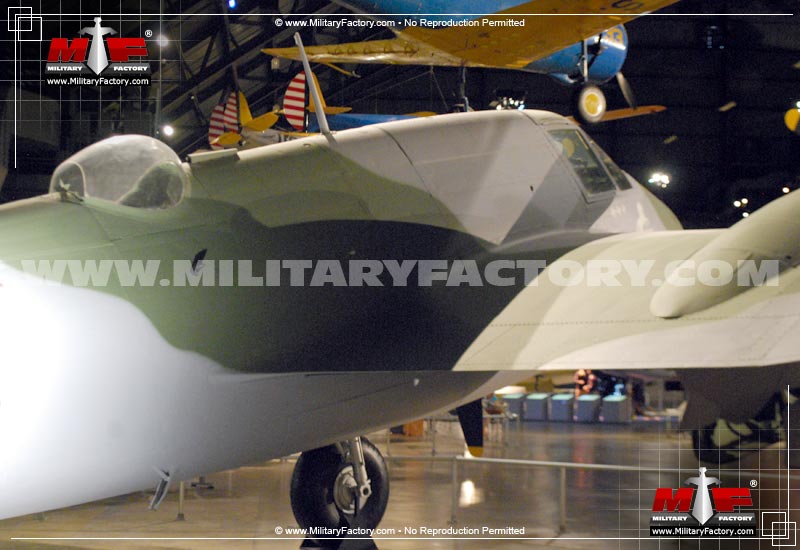 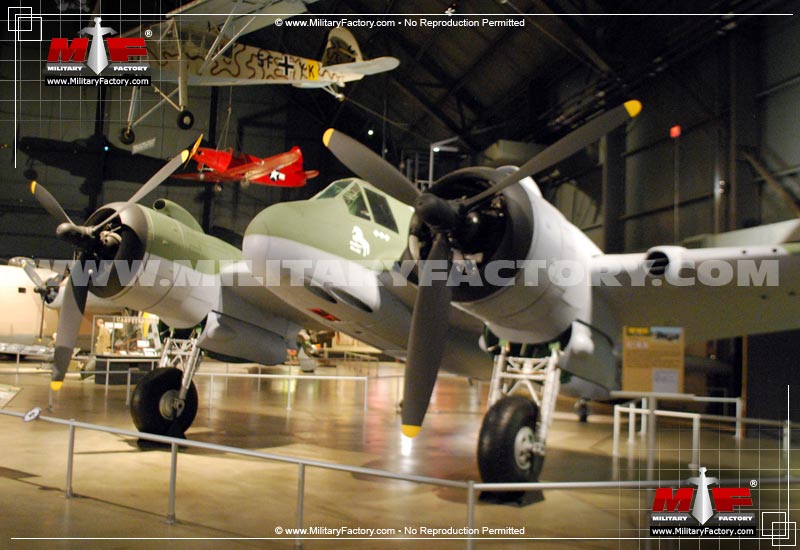 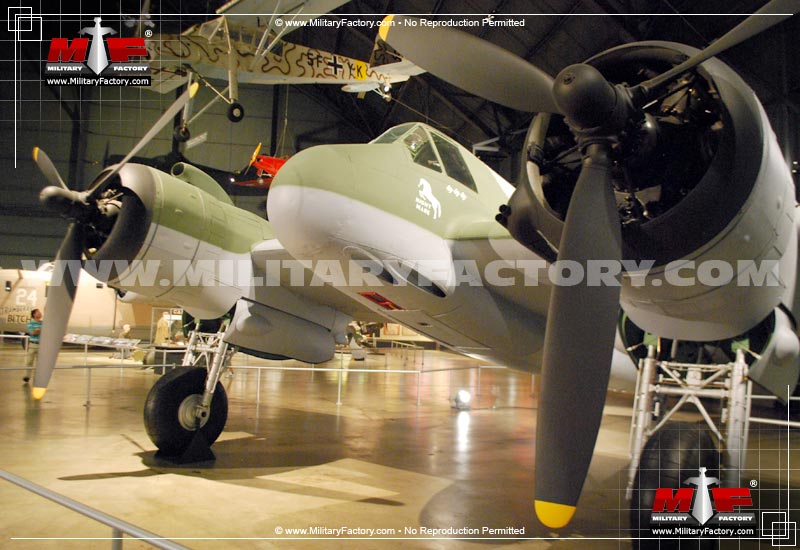 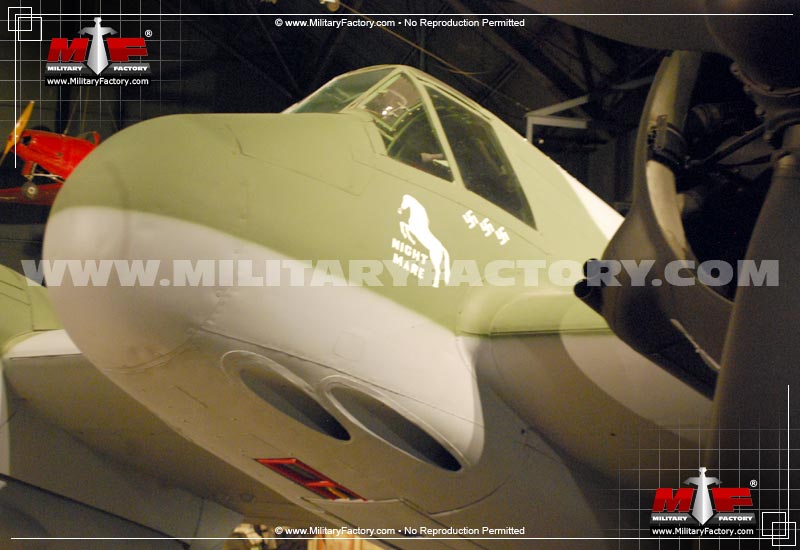 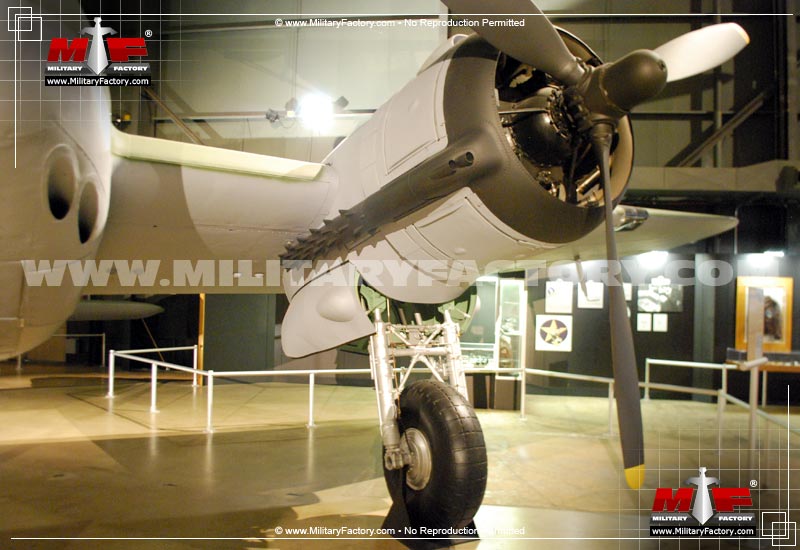 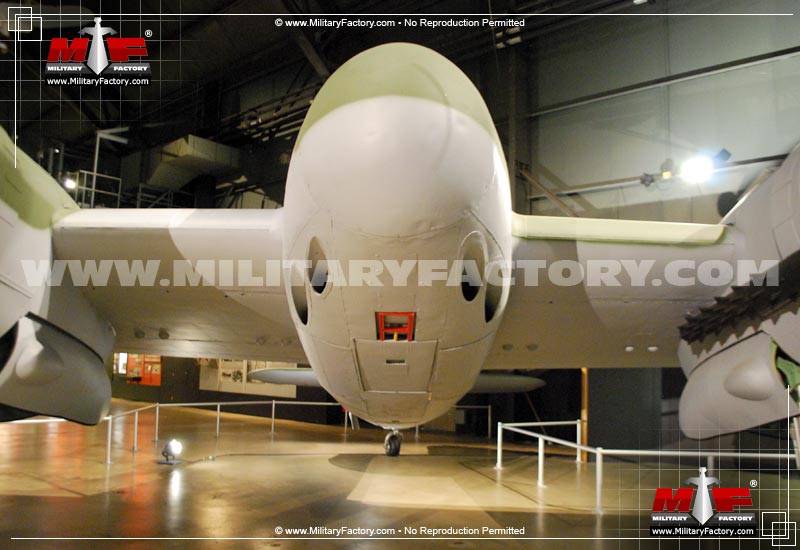 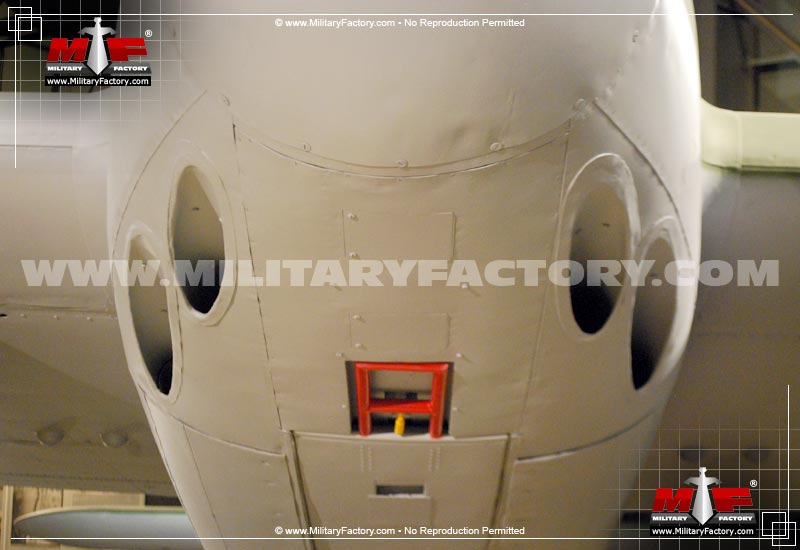 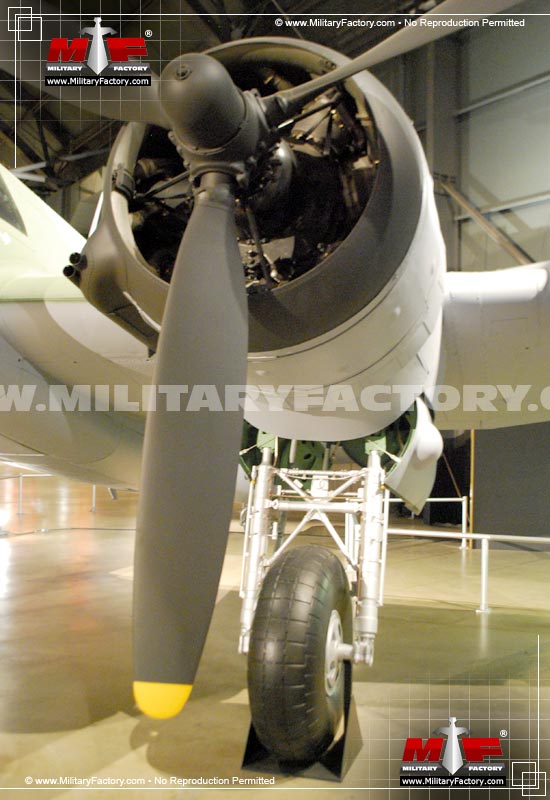