Operators aplenty as the joint Italian-French ATR 72 has proven a commercial success as a regional airliner for a multitude of operators worldwide. 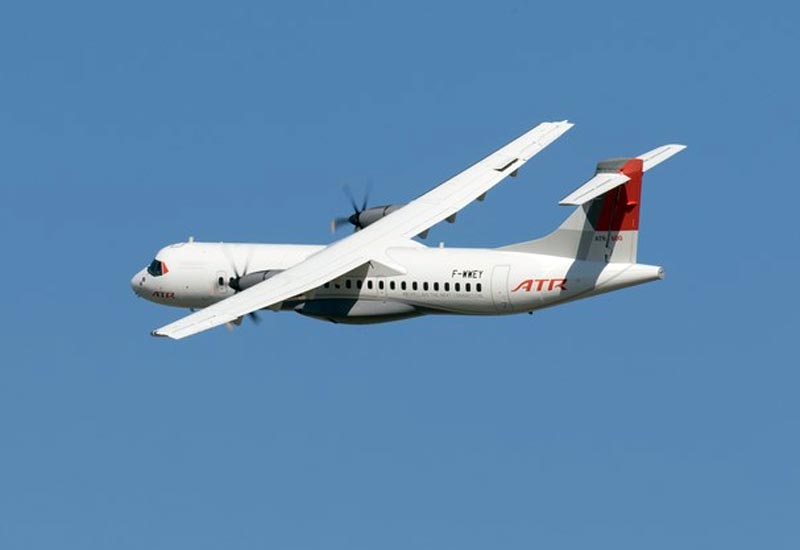 ATR (Aerei da Trasporto Reionale / Avions de Transport Regional) was founded in 1981 as a joint venture between Aeritalia (now Leonardo) of Italy and Aerospatiale (now Airbus) of France. The company gained a modest following with their introduction of the "ATR 42" in 1985. Over 450 of the type followed in production and this design went on to serve as the basis for the larger "ATR 72" product.

Like the ATR 42, the ATR 72 incorporated a high-wing mainplane arrangement offering strong lifting properties and good short-field operation. A "T-style" tail unit was used and a rounded, slim fuselage brought all of the components together in a single sleek offering. The undercarriage was wheeled and retractable. The engines were slung under the wing mainplanes and installed within streamlined nacelles. First-flight of a prototype was on October 27th, 1988 and service introduction (through Finnair) followed on October 27th, 1989. Over 900 of the type have been produced to date (2017) and several major variants have emerged throughout its run. The design has seen service in both civilian and military sectors, the latter being the Italian Air Force, the Pakistan Navy and the Turkish Navy.

The ATR 72-212A, appearing in early 1997, was offered with a choice of engines - PW127F or PW127M. Each engine turned six-bladed propellers and performance was improved as a result (including MTOW). Additional benefits were added to the cockpit to help streamline operations. The ATR 72-500 was originally showcased as the ATR 72-500. A version with slightly different equipment was seen as the ATR 72-600.

The ATR 72 ASW variant was built to serve as a maritime (over water) patrol platform in military spheres. The design was built atop the framework of the ATR 72-212A offering and held provision for various navy-centric armament such as anti-ship missiles, torpedoes and depth charges. Beyond their given submarine-hunting capabilities, the aircraft could also be used in the Search And Rescue (SAR) role when needed.

The ATR 80 was a follow-up model intended to seat more passengers (78). A pair of Allison AE2100 turboprop engines were to power the aircraft. This project did not see much advancement.

The ATR 72 family continues in active service with various global operators. Its flying has, however, been marred by accidents - the first major one recorded in October of 1994 when an American Eagle flight crashed in Indiana (USA) killing all aboard. More recently, on February 4th, 2015, an ATR 72 operating under the banner of TransAsia Airways crashed into the Keelung River of Taipei - just fifteen of the 58 aboard survived. The devastating accident was caught on camera.

March 2017 - The ATR 72MP (72-600) series aircraft was unveiled at the Langkawi International Maritime and Aerospace (LIMA) exhibition in Langkawi, Malaysia.

October 2021 - ASL Aviation Holdings of Ireland has announced its intention to convert as many as ten ATR 72 airframes to hydrogen power through its partnership with Universal Hydrogen.

(Showcased performance specifications pertain to the ATR 72-600 production variant. Compare this aircraft entry against any other in our database or View aircraft by powerplant type)
None.