Authored By: Staff Writer | Last Edited: 08/16/2018 | Content ©www.MilitaryFactory.com | The following text is exclusive to this site. 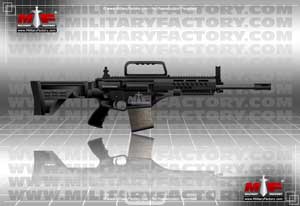 The nation of Turkey has made great recent strides in modernizing its land, sea, and air forces. Perhaps more importantly, its blossoming military industry has made more indigenous products a viable solution to oncoming defense needs producing far less reliance on foreign parties in the West and elsewhere. Design work on a new assault rifle was begun in 2009 and spanned into 2014 before adoption of the MPT was had. The weapon was adopted to replace an outgoing stock of foreign weapons - mainly German-made 1960s-era HK G3 Battle Rifles and HK33 Assault Rifles. MKEK of Turkey is responsible for the new local design which was introduced through a first-batch of 200 rifles in 2014. The general intent is to supplant the German guns over a ten-year span and initially involved two distinct production models - the MPT-56 (chambered in 5.56x45mm NATO) and the MPT-76 (chambered in 7.62x51mm NATO). Design of the weapon is attributed to Kalekalip.

Externally, the MPT follows conventional design wisdom concerning assault weapons. The stock is of lightweight plastic and adjustable. The pistol grip and trigger unit are integrated into the lower receiver section as is the magazine well. Controls are within reach of the primary hand while the secondary hand supports the frontal section of the rifle at the perforated handguard. As a gas-operated weapon, the gas cylinder is sat over the barrel while being shrouded by the handguard. The forward sight is fitted at the end of this section while the barrel continues on and is capped by a slotted flash suppressor. The rear sight is fixed at the rear of the upper receiver section. As is common with all modern assault weapons, the MPT feature several sections of Picatinny rail for installation of accessories like scopes, laser aimers, vertical foregrip, and tactical flashlights. Rails are present over the receiver, at the sides of the handguard, and under the handguard. The 20-round count magazine is curved in STANAG fashion and translucent to allow the operator to instantly read available shots.

It is noteworthy that Turkey became one of the notable operators of the American M16 (M16A1, M16A2, and M16A4 variants) assault rifle and certain design features of that weapon are apparent in the Turkish MPT.

The MPT is a NATO compliant weapon and therefore the base design appears in two distinct chamberings - 5.56mm and 7.62mm. The smaller 5.56mm cartridge is the standard assault rifle ammunition while the 7.62mm cartridge will be featured in the Battle Rifle form. The "Battle Rifle" emerged from Cold War terminology signifying a service rifle chambered to fire a full-power rifle cartridge - namely the 7.62x51mm. This term is used to differentiate Battle Rifles from intermediate-power assault rifle products in today's gun world.

Early testing with prototypes found many issues which forced an entire rewrite of the weapon and this began to center the project on the Battle Rifle version. Further testing revealed that subjects preferred the MPT-76 variant for the 7.62mm cartridge's greater performance at range and it appears that this variant will succeed the HK G3 line in Turkish Army service - leaving the fate of the MPT-56 yet to be decided.

As with other modern assault guns entering military service, the MPT-76 will become a family of automatic weapons to include the base MPT-76 Battle Rifle with 16" barrel length, the MPT-76 Carbine form with 12" barrel length, and the MPT-76 DMR (Designated Marksman Rifle) with precision-minded 20" barrel and ranged optics scope over the receiver (taking the place of the carrying handle).
Advertisements 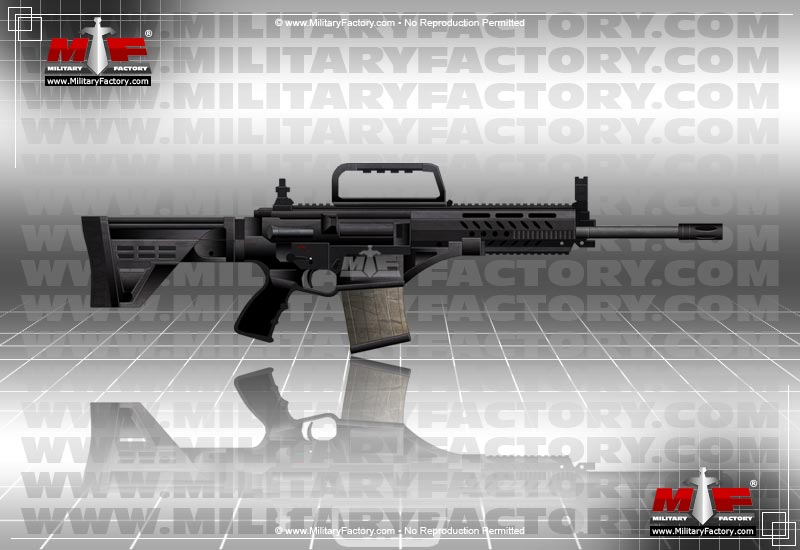