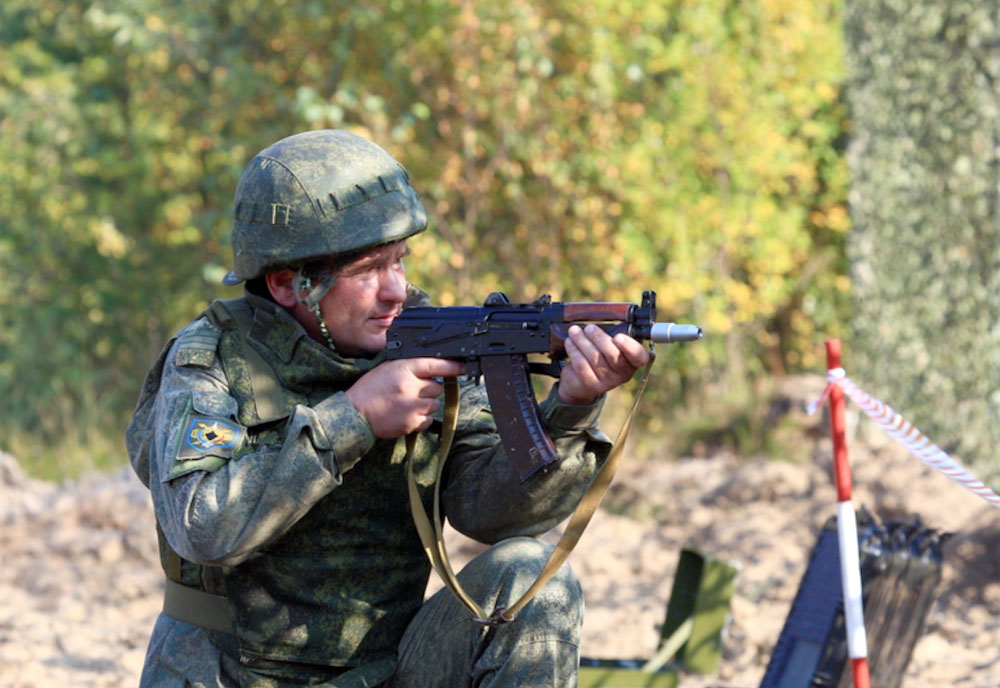 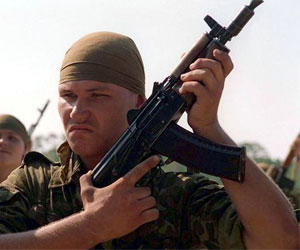 Image from the United States Department of Defense; Public Release.

The AKSU-74 is a shortened carbine form of the AKS-74 series assault rifle.

Authored By: Staff Writer | Last Edited: 09/08/2021 | Content ©www.MilitaryFactory.com | The following text is exclusive to this site.
The AKSU-74 represents a submachine gun derivative of the full-sized AKS assault rifle. Both feed the 5.45x39.5mm Soviet intermediate rifle cartridge cartridge but the AKSU-74 is a shortened version of the full-length assault form with an overall compact design - made handier for airborne troopers, special forces and vehicle crews appreciating a smaller footprint for their primary weapon. The AKSU-74 sports a foldable butt-stock (side-folding) and feeds from a 30-round, curved detachable plastic box magazine. Knowledge of this submachine / assault carbine model reached Western sources in 1983 during which time the weapon was already in use in the Afghan Theater of the by Soviet troops in the Soviet-Afghan War (1979-1989).

Though borrowing many of the key features of the earlier AKS assault rifle design, the smaller design of the assault carbine model firing a relatively powerful round necessitated the need for additional compensation to be introduced. As such, the AKSU-74 was given a distinct flash hider / muzzle compensator attached to the "business end" of the shortened barrel. An expansion chamber was also fitted to the weapon in an attempt to retard the recoil effects.

Sights are iron front and rear. The weapon is listed with an effective range out to 656 feet and a muzzle velocity of 2,410 feet-per-second. Rate-of-fire is 800 rounds-per-minute.

Beyond its use by Soviet (and now Russian forces, including SPETSNAZ), the AKSU-74 is a known participant of American Delta Force and Navy SEALs special forces actions.

Iraq; Russia; Soviet Union
(OPERATORS list includes past, present, and future operators when applicable)
✓ Special Forces
Qualities of this weapon have shown its value to Special Forces elements requiring a versatile, reliable solution for the rigors of special assignments.