The Canadian C7 is similar to the American Colt M16A2 though with a few notable alterations to suit the Canadian military.

Authored By: Staff Writer | Last Edited: 06/14/2021 | Content ©www.MilitaryFactory.com | The following text is exclusive to this site. 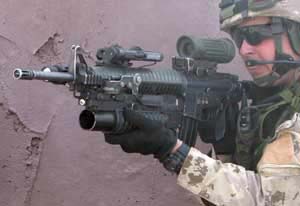 The C7 assault rifle stemmed from the Canadian decision to go with the NATO 5.56mm cartridge as the standard ammunition of the Canadian armed forces. The Colt-produced American-made M16A1 rifle became the base weapon of choice in 1984 (as the Colt Model 715) and this was then followed into production by the improved M16A2 variant - adopted into Canadian Army service as the "C7". While appearing outwardly similar to the American M16A2, differences in the C7 version are not readily apparent to the casual observer. However, notable modifications to the weapon do exist and serve to suit Canadian military requirements. Development and production went on to be divided between the Canadian Diemaco and American Colt concerns over the life of the weapon. In 2005, Colt Firearms purchased Diemaco creating the "Colt Canada Corporation" brand label.

Unlike the American Army's M16A2, the Canadian C7 utilized a full-automatic fire mode - the American M16A2 instead making use of a three-round burst facility as well as single-shot fire. The C7 also sported a deflector at the ejection port that allowed for "pseudo-ambidextrous" operation, not favoring solely right-handed shooters. The C7 was given flip-up type sights for use in both short-range and long-range confrontations and the internal firing mechanism was designed to accept either the NATO SS109 or the US M193 cartridges, making the C7 adaptable to logistical needs. The gas operation, rotating bolt system of the M16 remained intact as did the overall design lines of the original American Colt product. The C7 featured a capable rate-of-fire of 700 to 900 rounds per minute and could sight out to 400 yards with optics (accurized versions reaching out to 600 yards). The C10 became a training version of the full-length C7 rifle, chambered for the .22 Long Rifle cartridge and available in semi-automatic fire only.

The C7A1 became the natural follow-up variant of the C7 with its most noticeable change being the lack of the integrated M16-style carrying handle. Instead, a Weaver rail mounting system was installed for use of various optics - primarily the 3.4x ELCAN C79 optical sight. Iron sights were retained to back-up the optics. The C7A2 then followed and featured changes based on operational service stemming from Canadian involvement in Afghanistan. Controls of this version were made truly ambidextrous while the stock was revised to be telescoping in nature. Three accessory rails were added to allow for items such as aimers and flashlights while an optical sight could be fitted over the receiver. These changes drastically broadened the tactical effectiveness of the C7 family.

The rise of the "designated marksman" position in Western doctrine went on to give rise to a pair of designated marksman rifle (DMR) forms in the "C7CT" and "C8CT" (CT = "Custom Tactical") rifles. These versions were both highly-accurized forms of their service rifle counterparts and intended for use by specialized riflemen trained in bringing accurate repeating fire against targets beyond the range of assault rifles. Though not trained formally as snipers per se, these DMR elements are trained to operate at the squad-level and add a new dimension of firepower to the group. The DMR forms were given free-floating heavy barrels, specialized trigger units and adjustable shoulder stocks as well as a reworked gas operation. Sound Suppressors are also optional which allow for their use in clandestine operations. The DMR personnel can, therefore, engage targets at both medium and long ranges allowing him to get into and out of areas with a fair chance of survival all the while protecting his group.
Advertisements

Like the M16 before it, the C7 full-length service rifle has been developed into a more compact carbine form as the "C8". The C8 was originally devised as a weapon for vehicle crews requiring the services of an automatic weapon from their confined spaces but has since seen issue to special forces, paratroopers and security personnel. These versions were designed by Colt under the "Colt Model 725" designator and first appeared in 1994. The weapon showcases a shortened handguard as well as a shorter barrel but makes use of the C7A2-style telescoping butt. It is also chambered for the 5.56x45mm NATO cartridge and features the M16-style carrying handle. An improved version appeared as the "C8A1" and incorporated the C79 optical sight in place of the detachable carrying handle. The "C8SFW" (Special Forces Weapon) is a heavy-duty carbine version that brings about use of a longer, heavier barrel assembly and mounting support for an underslung 40mm grenade launcher. The "C8FTHB" (Flat Top Heavy Barrel) is another improved base C8 form with a heavy barrel and standard support for the C79 sight. The C8CQB (Close Quarter Battle) carbine is a refined close-range weapon while the C8PDW (Personal Defense Weapon) is designed as an even more compact carbine version. The "C8A3" is the latest C8 carbine form that brings along the improvements seen in the C7A2 line model with the design elements of the C8FTHB carbine form into one standardized production model.

The Diemaco LSW (Light Support Weapon) is the squad automatic weapon production model of the C7 family. The weapon retains some of the obvious lines of the original C7 but incorporates more "heavy duty" features for the sustained fire role (similar to the Belgian FN Minimi/American M249 SAW role). This version includes a heavier barrel assembly required for the repeat-fire role as well as a forward-folding bipod for stabilization, a revised forward handguard covering both barrel and gas cylinder, a vertical foregrip for a firm "three-point" hold (against the shoulder), accessories rail support and an over-the-receiver optics fitting for long-range engagement. Instead of firing from a conventional detachable box magazine, this version makes us of an ammunition "drum" which, while increasing weight, allows for lengthy sustained fire bursts.

Beyond its use in the Canadian military (as well as some police and security elements), the C7 family is also in use by the armed forces of Denmark (LSW), Iceland, Netherlands, Norway (security as well as special forces) and the United Kingdom (C8SFW carbine as the "L119A1"). The type has also been issued to elements of the Afghan National Army during its critical rebuilding phase.
Advertisements 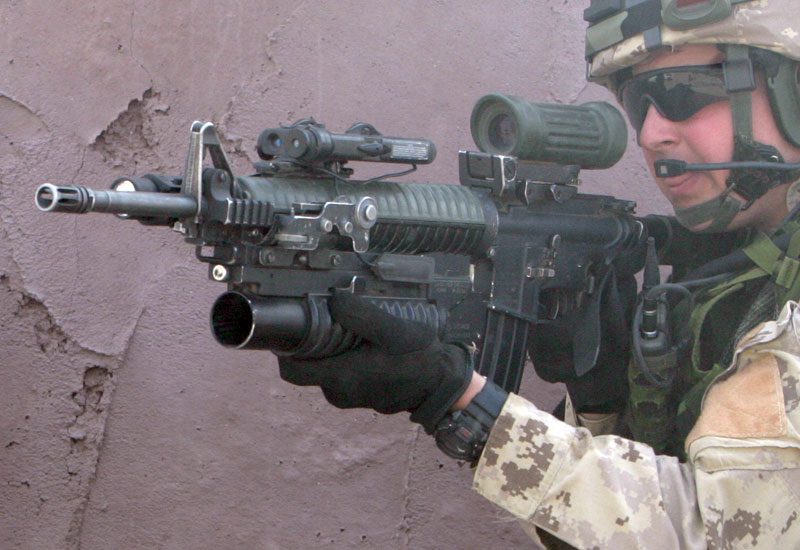 Image from the United States Department of Defense imagery database.
2 / 8 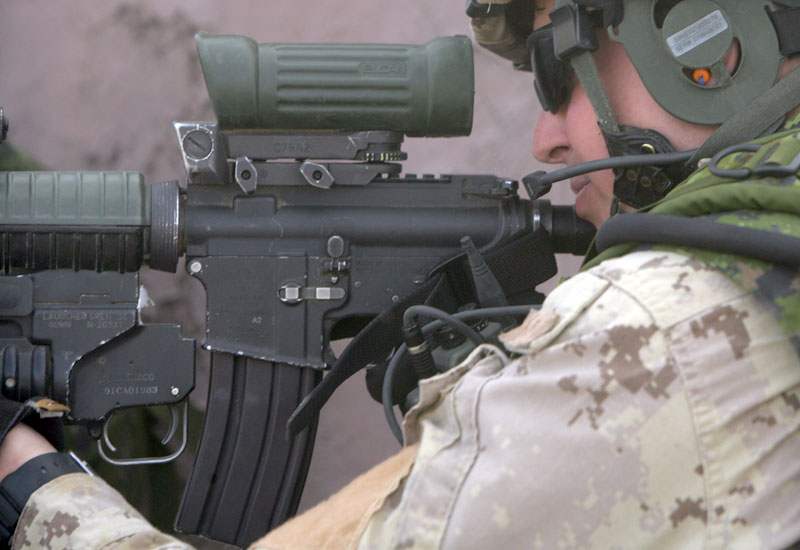 Image from the United States Department of Defense imagery database.
3 / 8 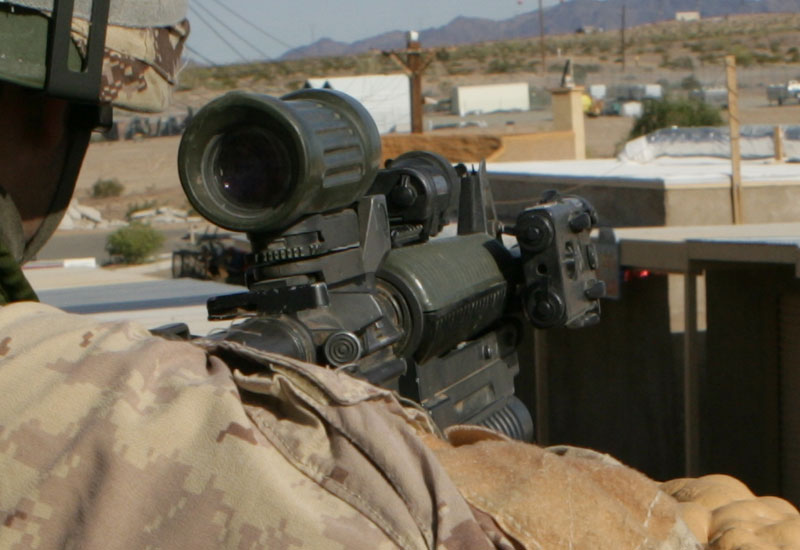 Image from the United States Department of Defense imagery database.
4 / 8 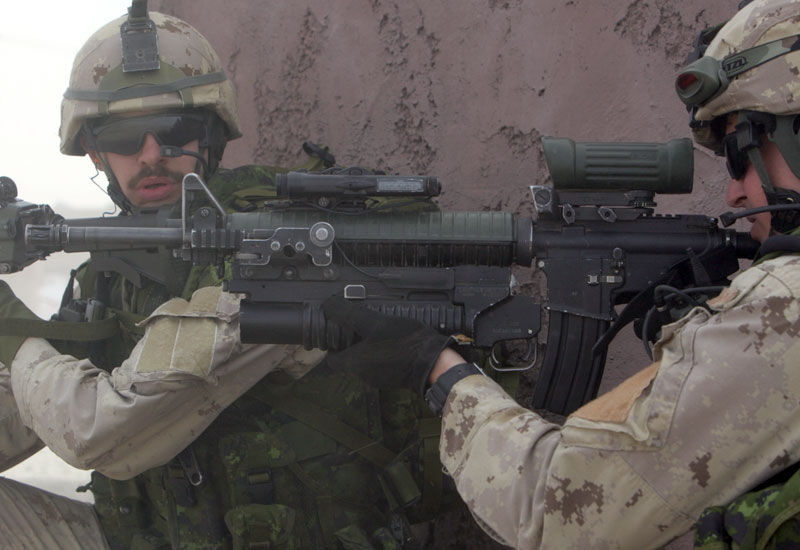 Image from the United States Department of Defense imagery database.
5 / 8 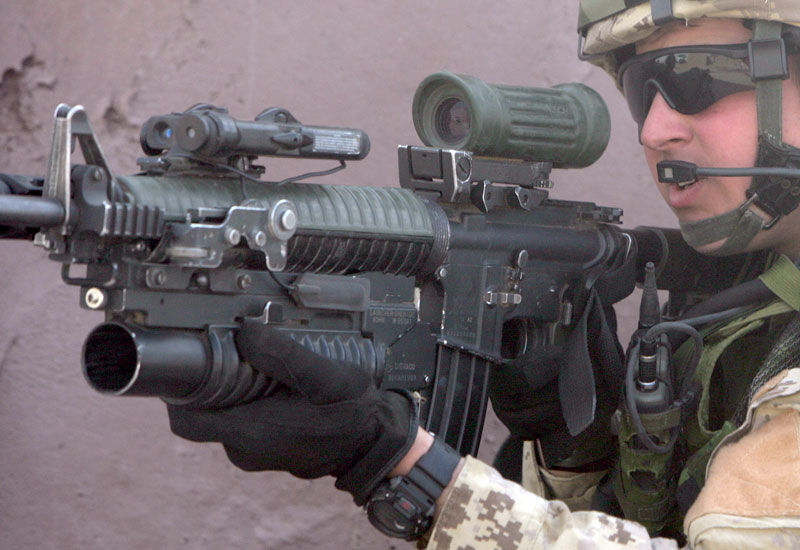 Image from the United States Department of Defense imagery database.
6 / 8 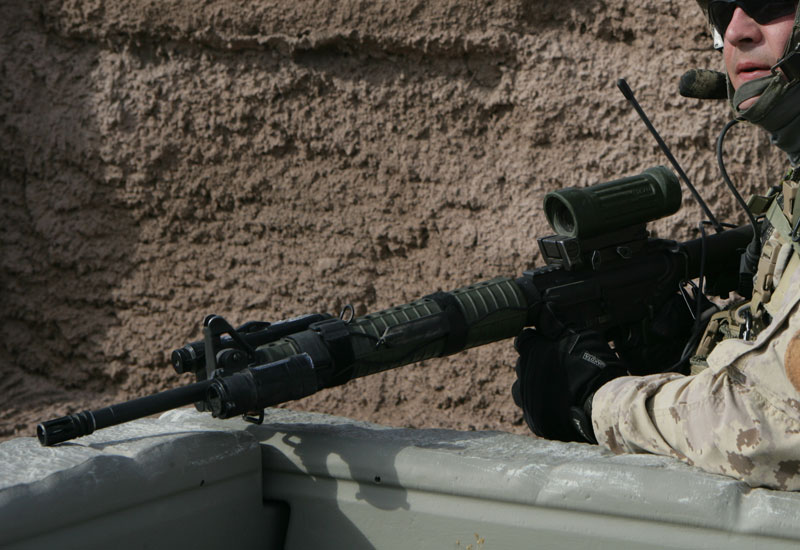 Image from the United States Department of Defense imagery database.
7 / 8 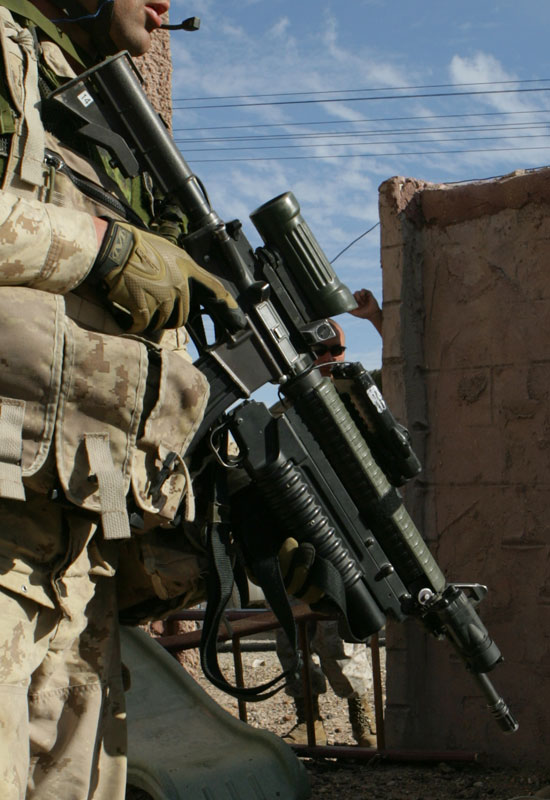 Image from the United States Department of Defense imagery database.
8 / 8 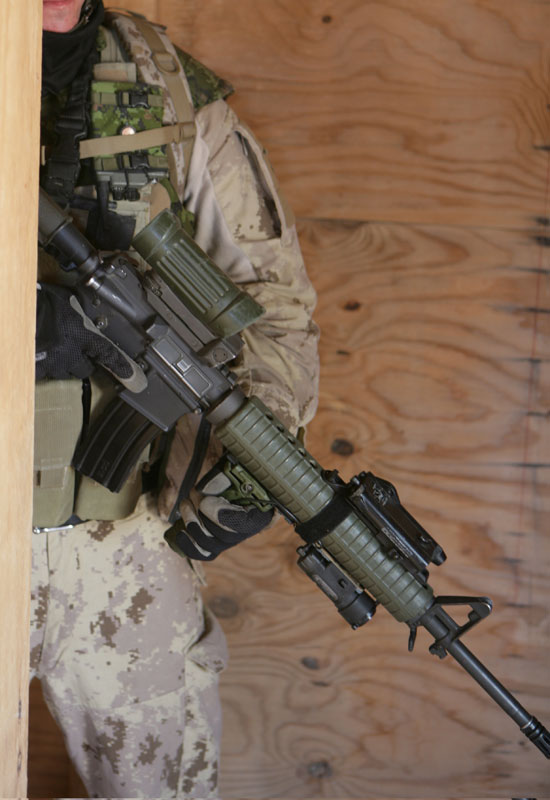