The Mauser Model 1871 marked the beginning of the storied Mauser bolt-action rifle legend. 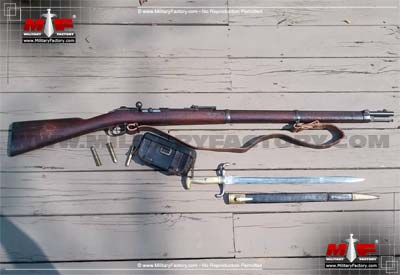 The Mauser brothers - Paul and Wilhelm - entered firearms history when their Mauser Model 1871 was adopted by the German Army (as the "Gewehr 71"). It became the first such rifle to fire the newly-adopted standardized brass cartridge of the German Army and became one of the first successful examples of a bolt-action design firing a metallic cartridge anywhere in the world. The original weapon series went on to see service until approximately 1888 and ultimately took part in several conflicts of the period including the First Sino-Japanese War, the Boer War, the Boxer Rebellion, the Balkan Wars and World War 1. Variants emerged from the base design and this furthered the reach of the Mauser brand and its respected action - and action that would be borrowed or copied in one form or another for decades later.

The Model 1871 was of a standard manually-actuated bolt-action design with its bolt handle managing the loading and ejecting of the cartridge. The rifle weighed in at 4.5 kilograms and measured a running length of 1,350mm, being chambered for an 11x60mmR black powder cartridge. It was initially a single-shot rifle design at its core and, as such, there was no integral magazine box as part of the system. Only a later design - the Model 1871/84 (1884) - brought about use of an 8-round tubular magazine, broadening the tactical value of the rifle line considerably. The introduction of the 8-round tubular magazine made the updated Model 1871 Germany's first "repeat-fire" rifle. Another form, the Model 1879, was issued to border guards and chambered for the special 11.15x37.5mmR cartridge - this based on the full-power military-grade version. Overall, these early Mauser rifles all shared the same basic design approach utilizing a single-piece wooden stock with integrated shoulder stock, straight grip and two banded design. Slings allowed for use of a shoulder strap while bayonet mountings were standard, consistent with the warfare doctrine of the period where bayonet charges were still in use. The trigger sat within an oblong trigger ring and all of the major internal working components were held within the mass of the rifle body as expected. There were rear- and front-mounted iron sights for ranged work and overall construction of the rifle consisted of a mix of wood, bronze and iron.

Design work on the weapon began in 1871 and evaluations of it (and other designs) were held throughout the year, leading to the rifle's formal adoption in 1872. The delay was caused by the German Army's requirement that a safety be fitted to which Mauser obliged. Production was undertaken by Spandau in Germany and Steyr in Austria-Hungary with local production even reaching English shores through the concern of the National Arms and Ammunition Company of Birmingham. Many more rifles emerged from localized production elsewhere. Serbian versions of the Model 1871 (Model 1878/80) were later re-chambered for the 7x57mm cartridge and fed from a 5-round magazine (becoming the Model 1880/07). Similarly, Uruguayan Model 1871s evolved their Mauser line to fire a smaller 6.5x53.5mmR cartridge. The Mauser Model 1871 was produced in the millions during its operational service life and operators also included Japan, China, Korea, Ireland and Honduras.
Advertisements

*May not represent an exhuastive list; calibers are model-specific dependent, always consult official manufacturer sources.
**Graphics not to actual size; not all cartridges may be represented visually; graphics intended for general reference only.
Rate-of-Fire
2
rds/min
Muzzle Velocity
1,430 ft/sec
(436 m/sec) 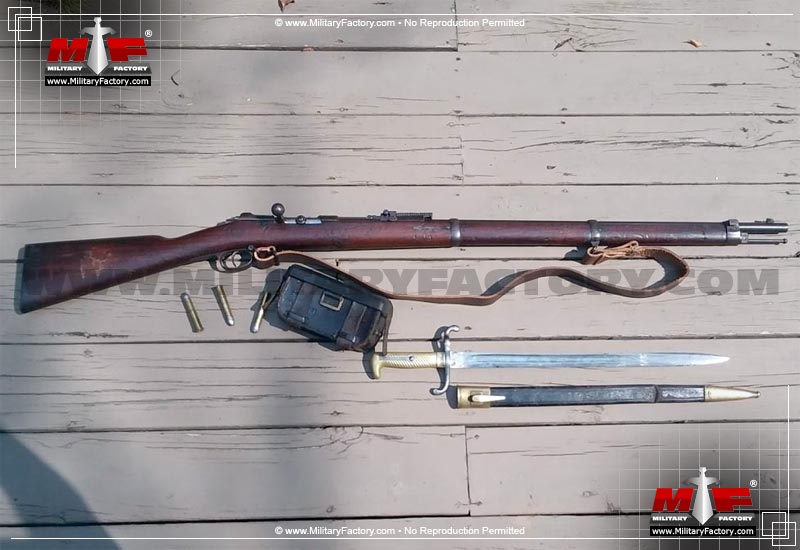 Image copyright www.MilitaryFactory.com; No Reproduction Permitted; Image courtesy of Steve B. via email.
2 / 2 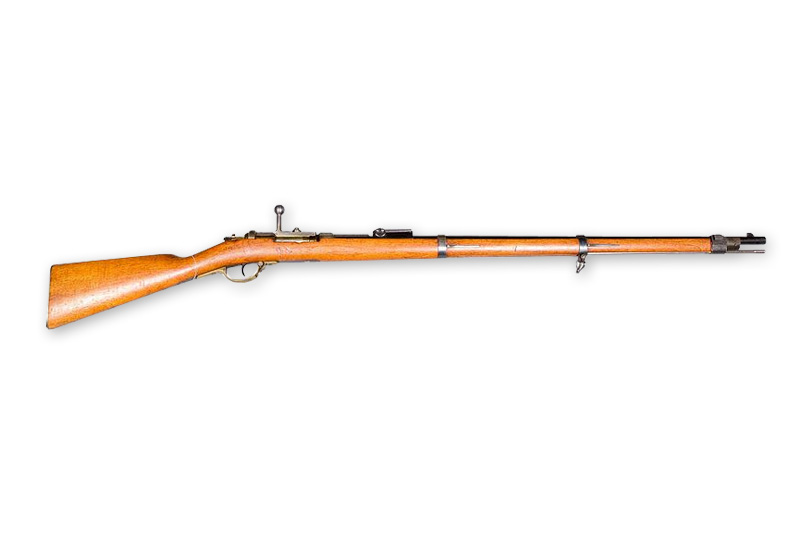