The KBP 9A91 assault carbine is primarily in use with Russian police forces today. 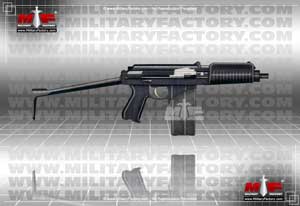 The KBP 9A-91 was introduced after 1993 and is essentially an assault rifle in a carbine form making for a compact assault weapons system. The type is utilized primarily by Russian police forces and - like other upcoming "specialized" Russian firearms - makes use of the interesting 9x39mm subsonic cartridge. The cartridge is based on the 7.62x39mm rifle round though this having its "neck" expanded to take on the 9mm bullet - a bullet most commonly found in semi-automatic handguns and submachine guns. The result is a close-quarters weapon with the destructive firepower of a full-length automatic rifle - for the 9x39mm is said to penetrate the latest is body armor while delivering a lower audible signature. Design and manufacture of the 9A-91 was/is the responsibility of the KBP Instrument Design Bureau.

Design of the 9A-91 is quite conventional as automatic weapons go and polymers are utilized for "non-essential" components of the gun such as the pistol grip and forward hand guard. This design initiative assists in keeping the weapon's weight to "manageable" levels. However, steel stampings are still utilized for construction of the receiver and critical internal components remain metal. The receiver is relatively featureless along the left side of the body while the right side houses the charging handle and ejection port. The 9A-91 features a metal stock that can be folded over the receiver to shorten the weapon's overall length considerably. Optics or accessories can be fitted along the top of the receiver for accurized close-quarters work. The pistol grip is conventional and slight angled rearwards for an ergonomic hold. The grip is integrated with the ring-protected curved trigger element while the trigger sits behind the magazine well. The weapon accepts a straight 20-round detachable box magazine white breaks from the curved magazine tradition of earlier Soviet/Russian assault weapons designs. The firing action is the traditional gas-operation with a rotating bolt unit. The forend is ribbed for a firm hold while only a small length of barrel protrudes ahead. In all, the selected design features promote a rather compact and stout assault weapon suitable for the most serious of police work.

The 9A-91 sports a rate-of-fire in the range of 700 to 900 rounds per minute - on par with many assault rifles. The lower velocity of the 9x39mm subsonic ammunition drastically lowers the effective range of the weapon to under 100 meters. While limited range is a detrimental feature to most any weapon, the type of police work required of elements utilizing a weapon such as the 9A-91 most often times fall within close ranges so the limitation is negligible.

The 9A-91 assault carbine forms the body of the VSK-94 silenced sniper rifle for Russian special forces.
Advertisements

*May not represent an exhuastive list; calibers are model-specific dependent, always consult official manufacturer sources.
**Graphics not to actual size; not all cartridges may be represented visually; graphics intended for general reference only.
Rate-of-Fire
800
rds/min

9A-91 - Base Series Designation 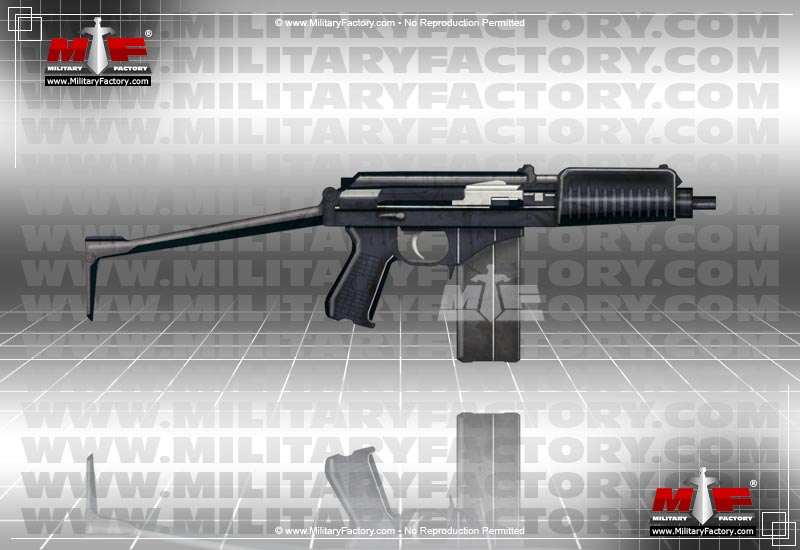