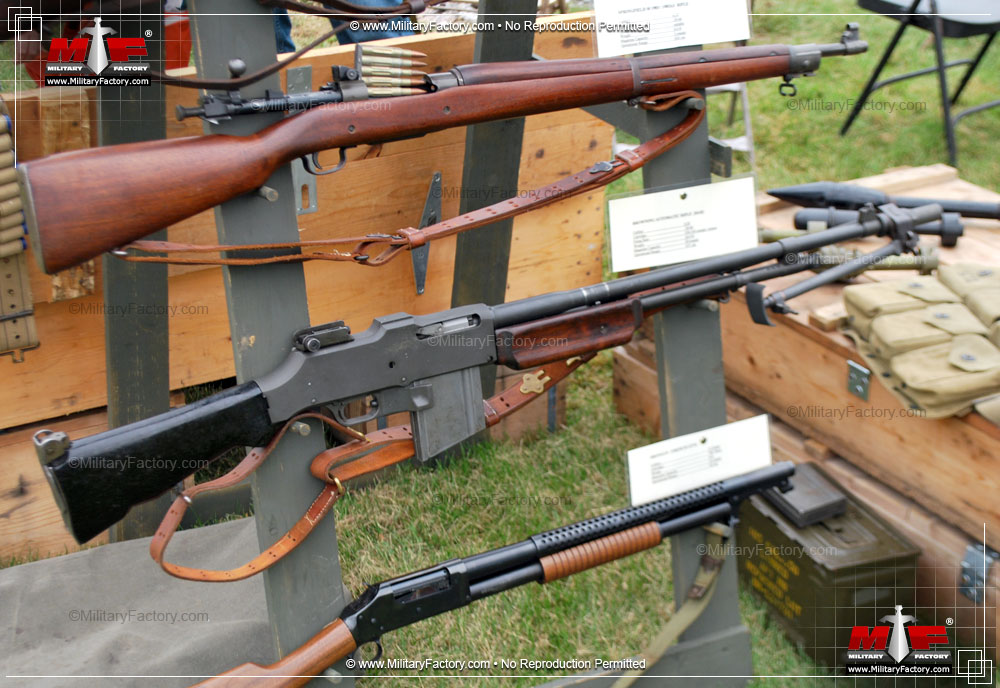 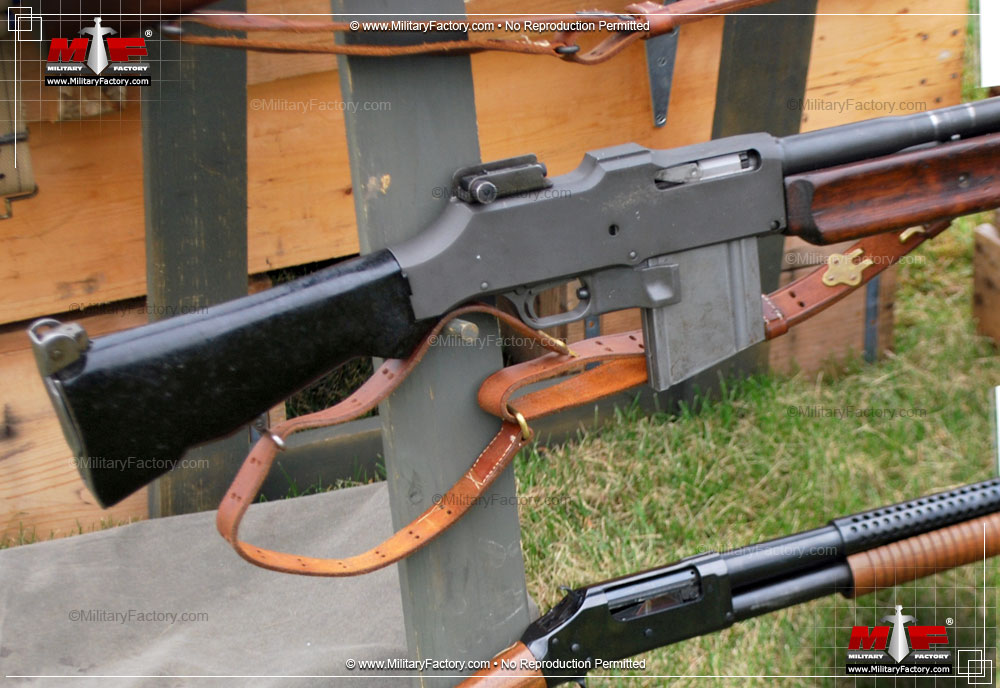 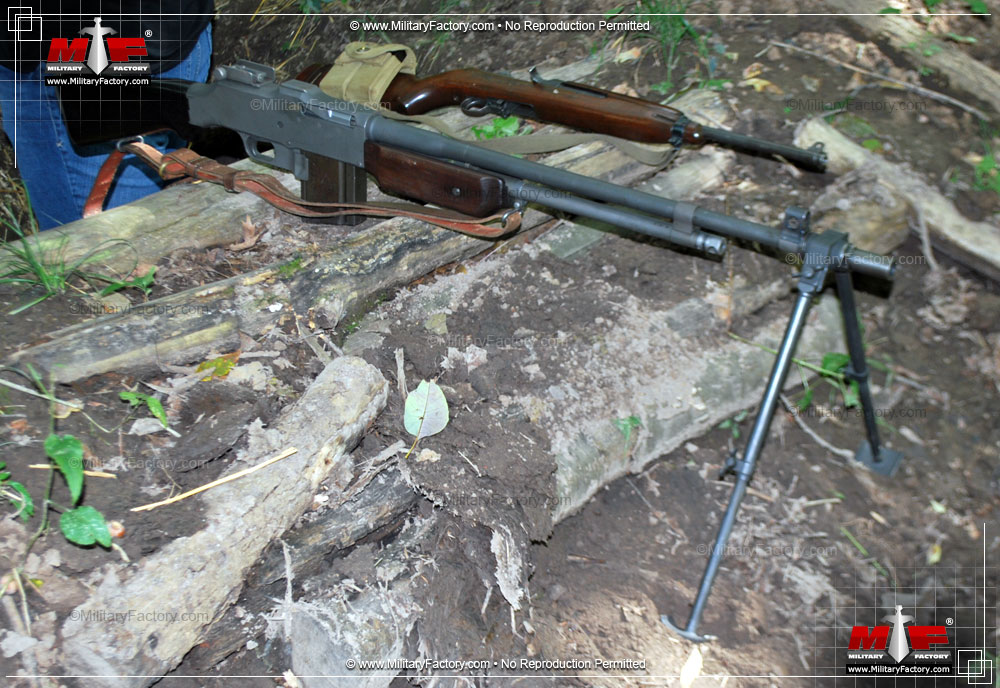 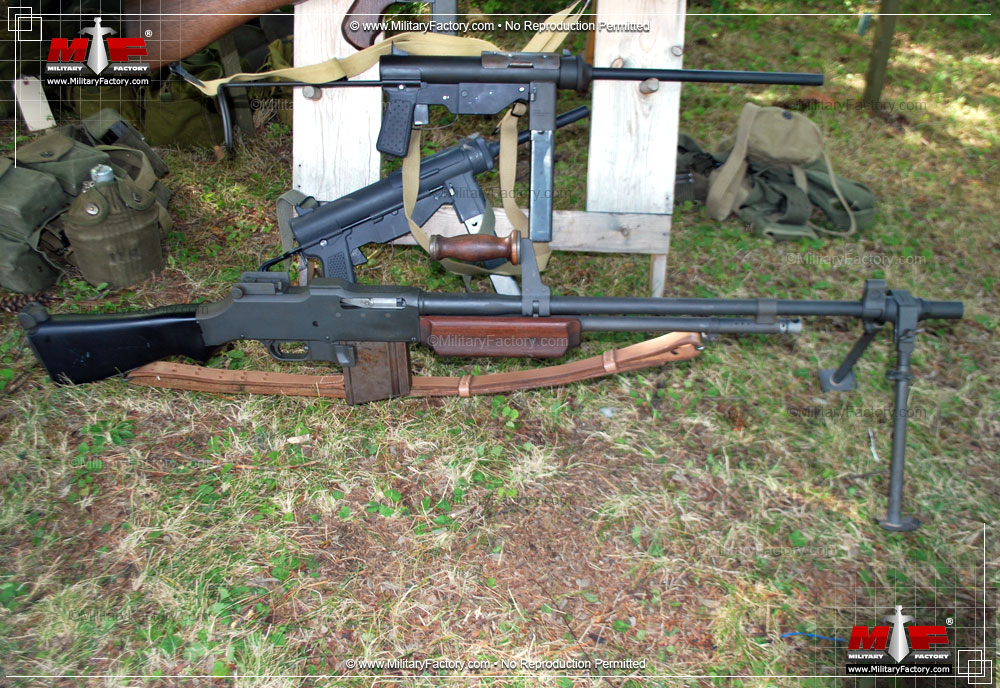 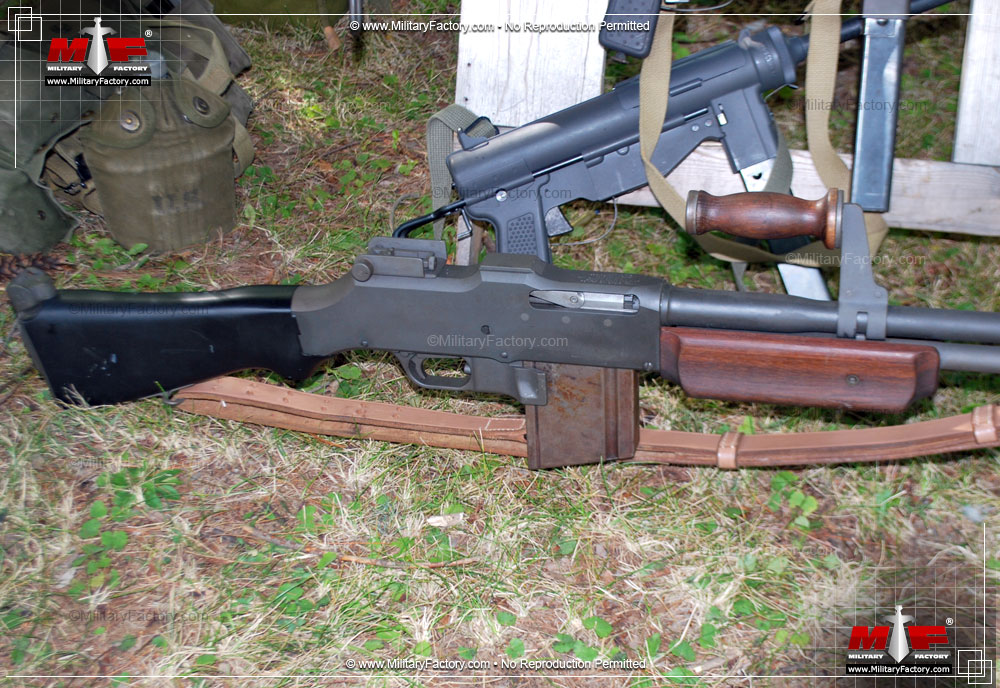 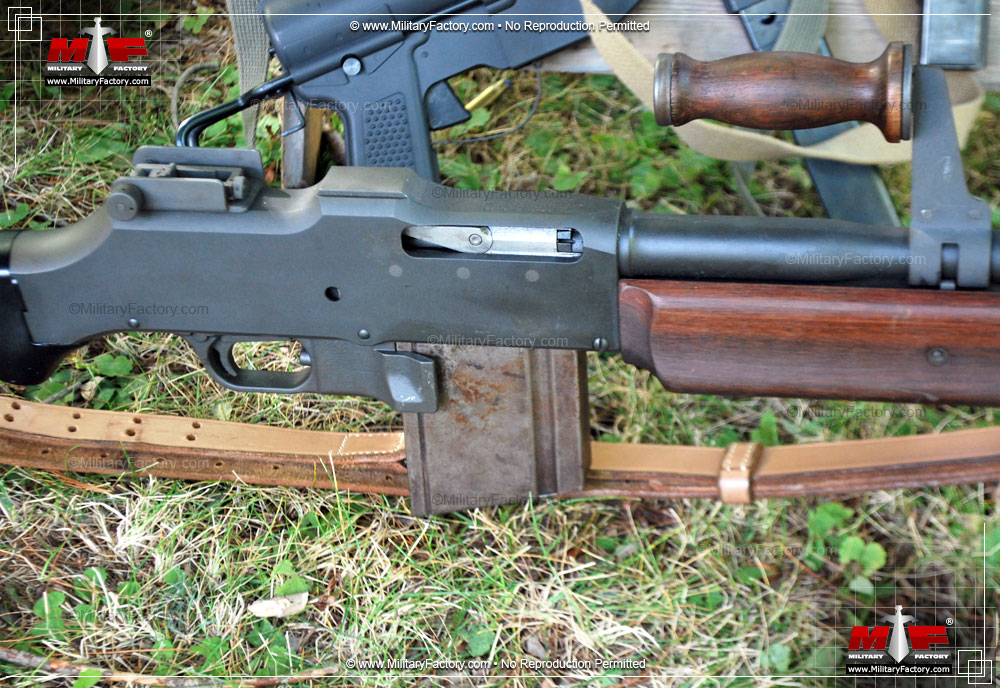 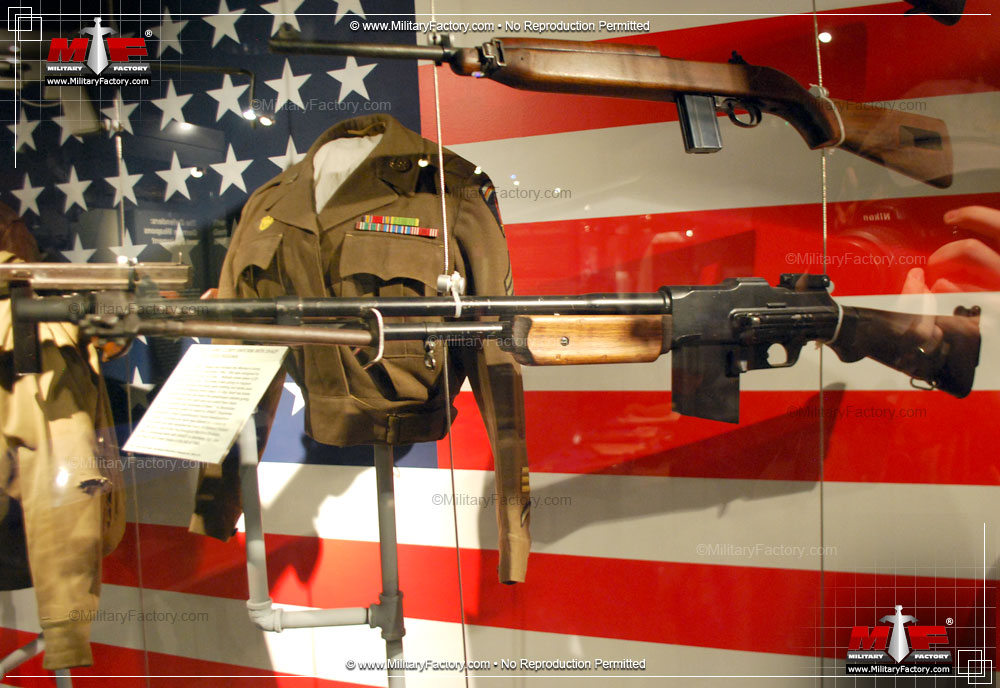 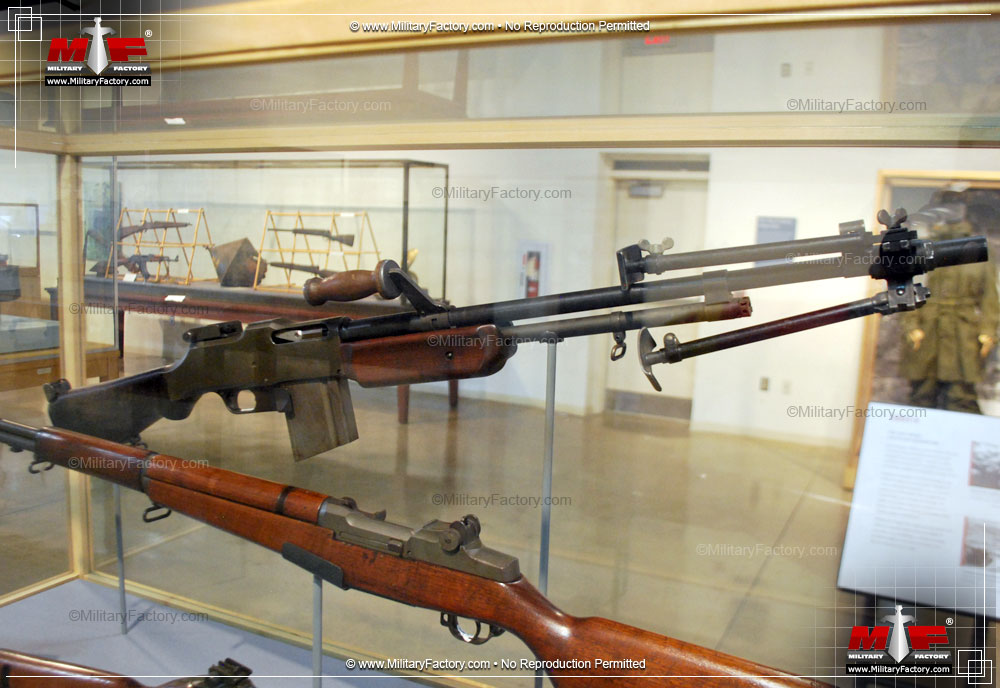 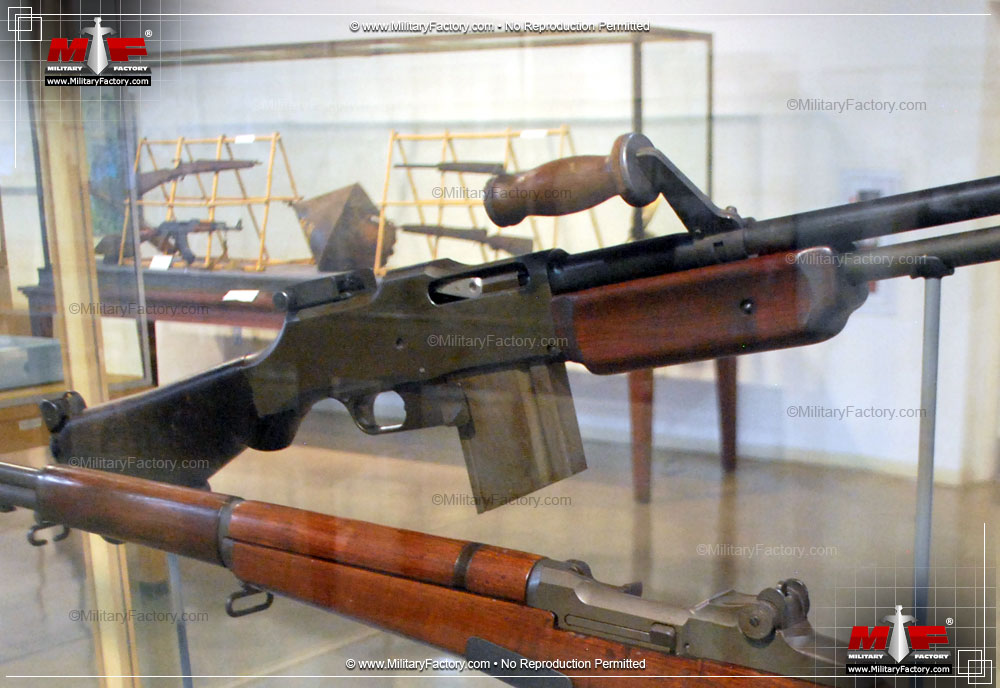 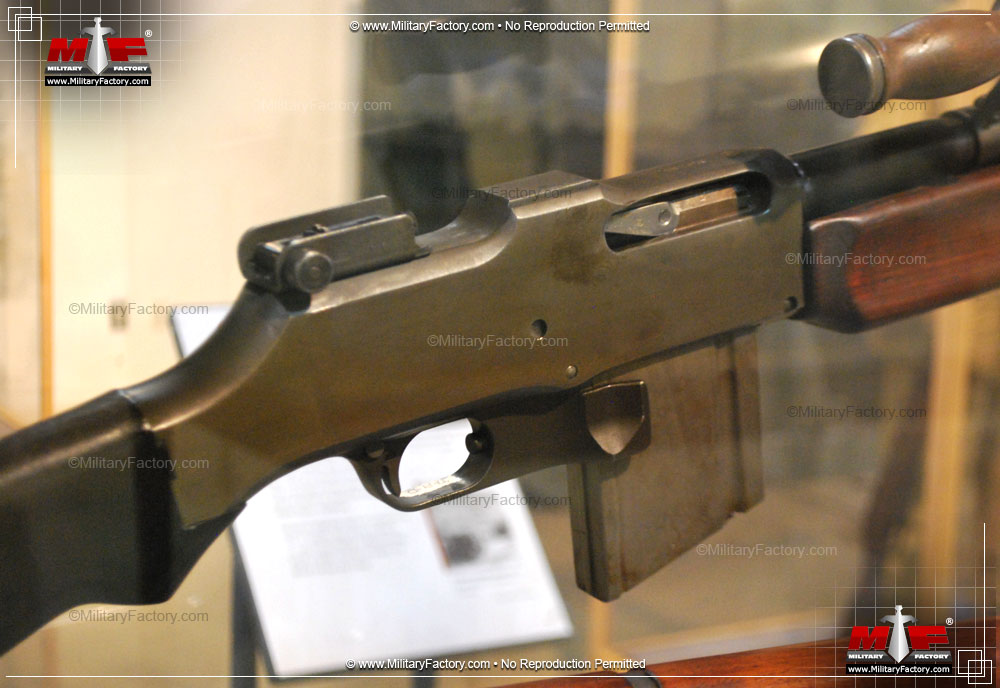 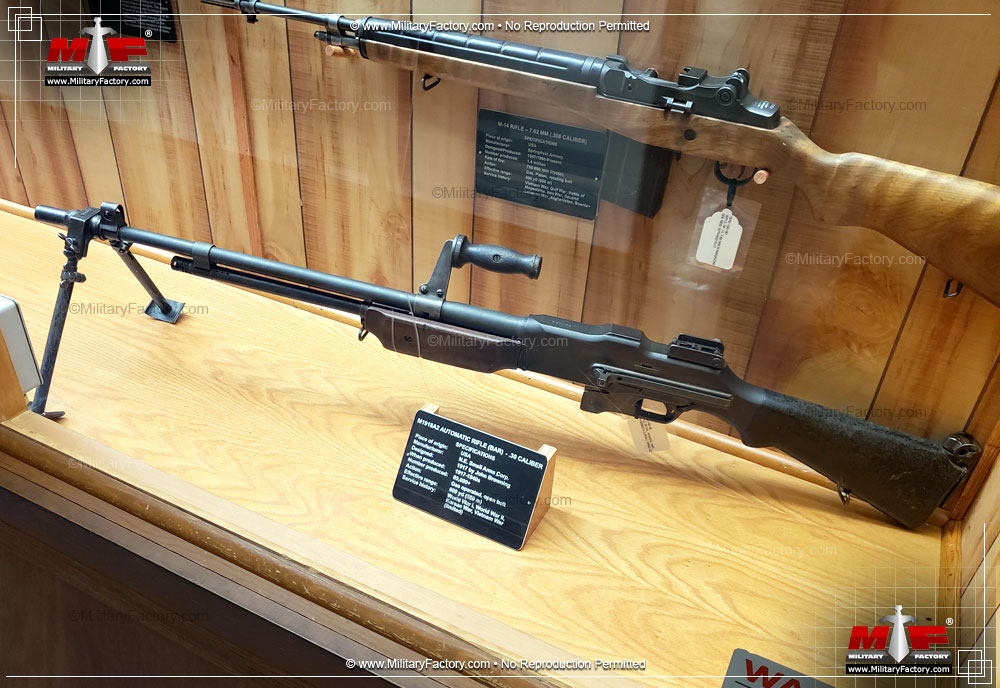 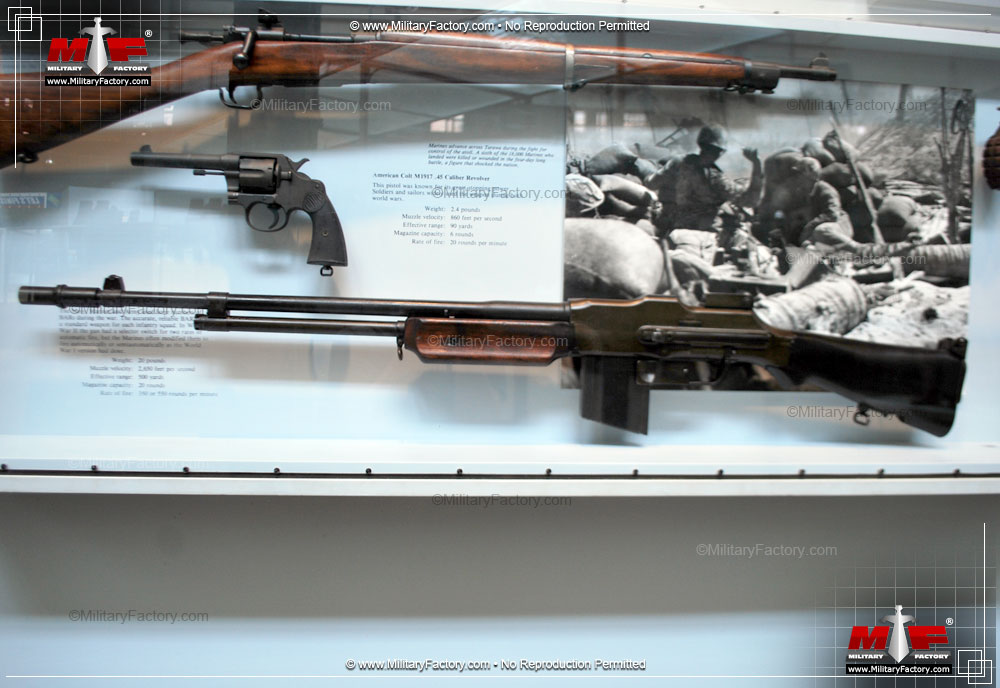 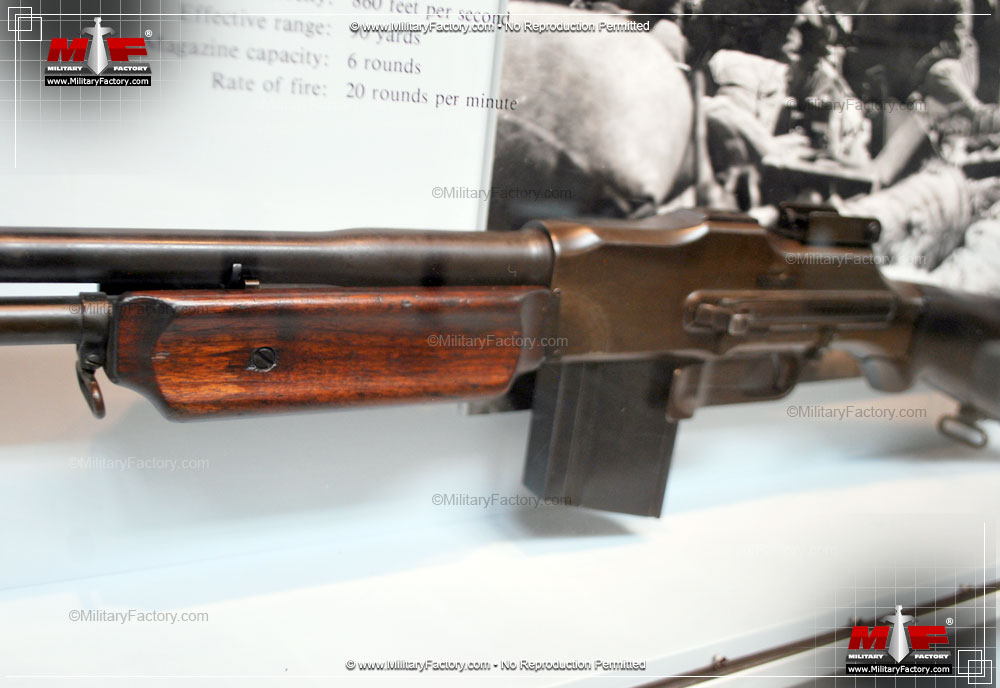 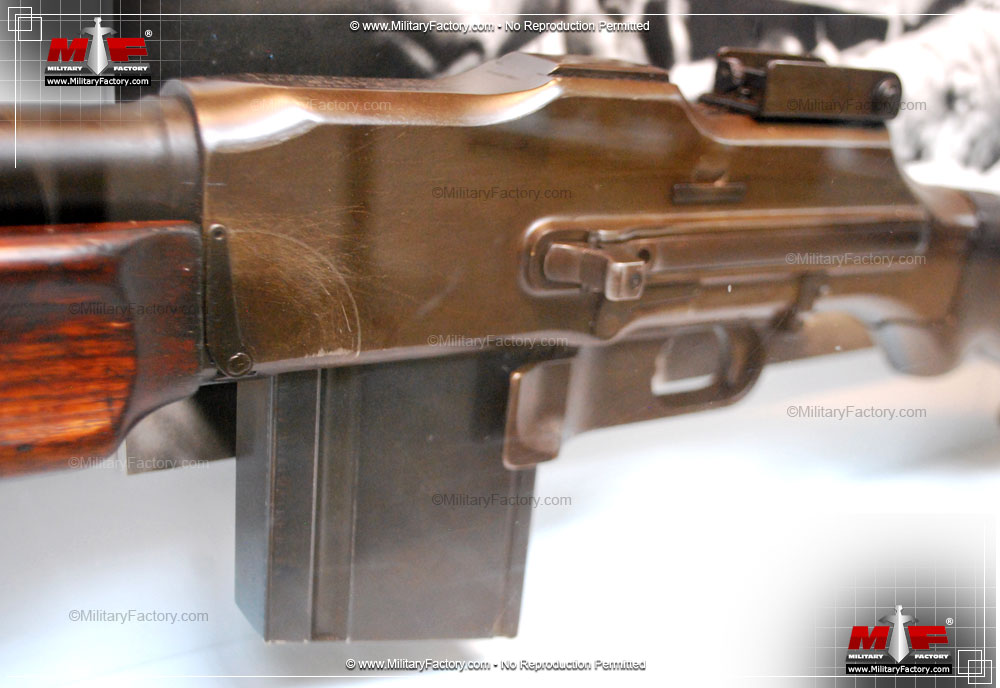 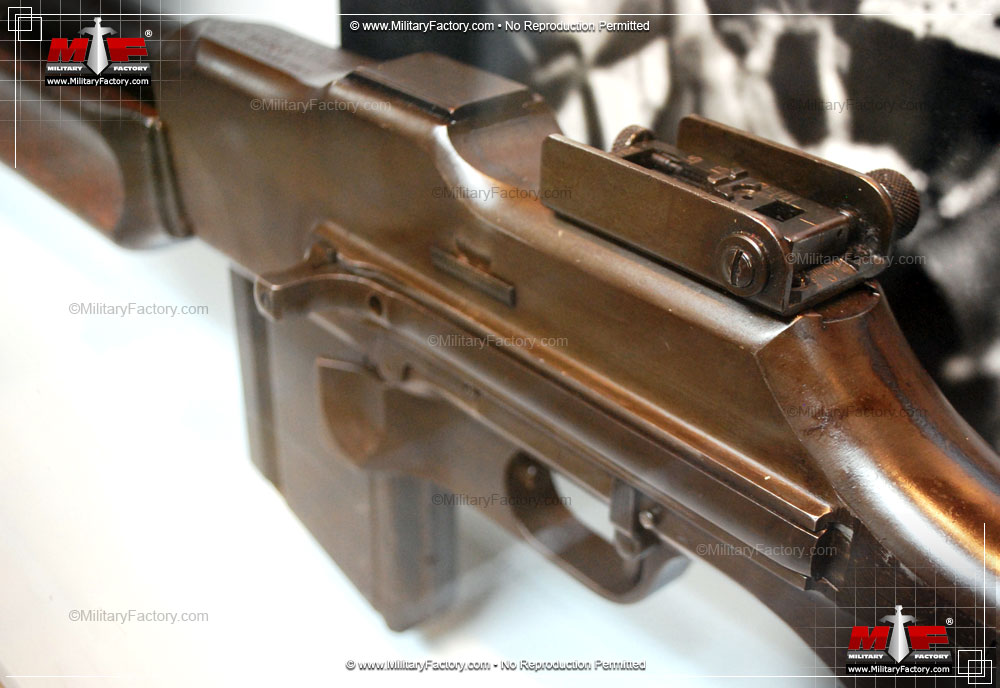 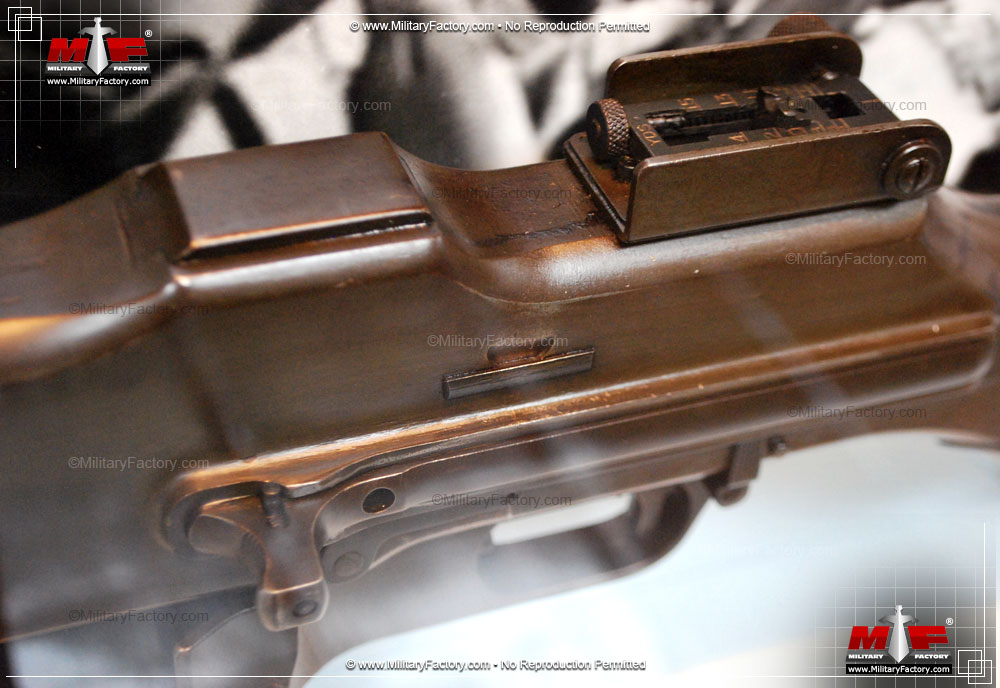 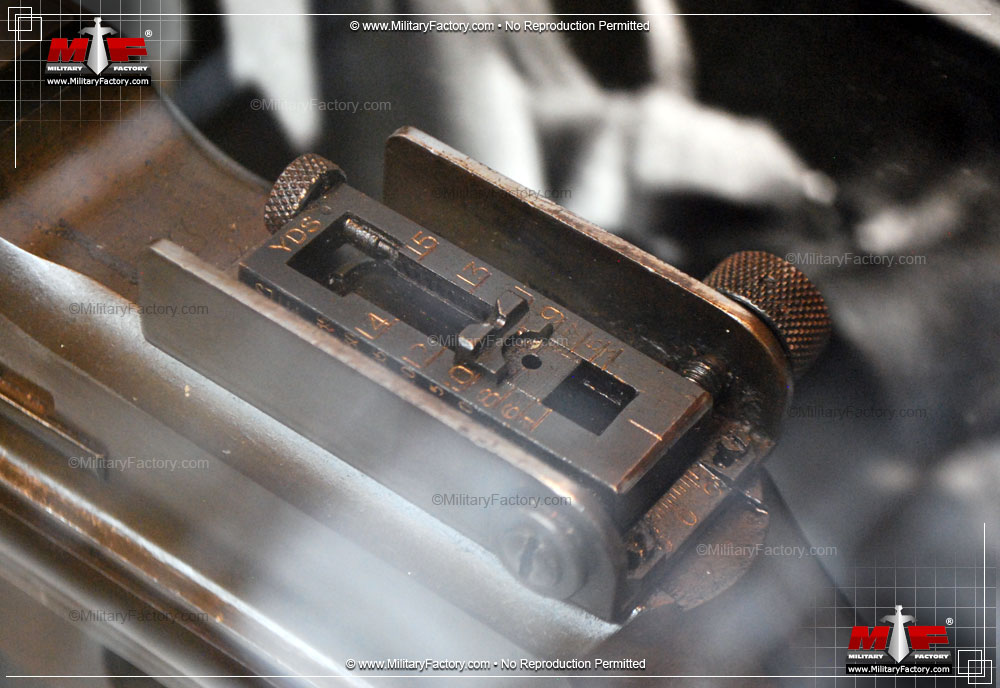 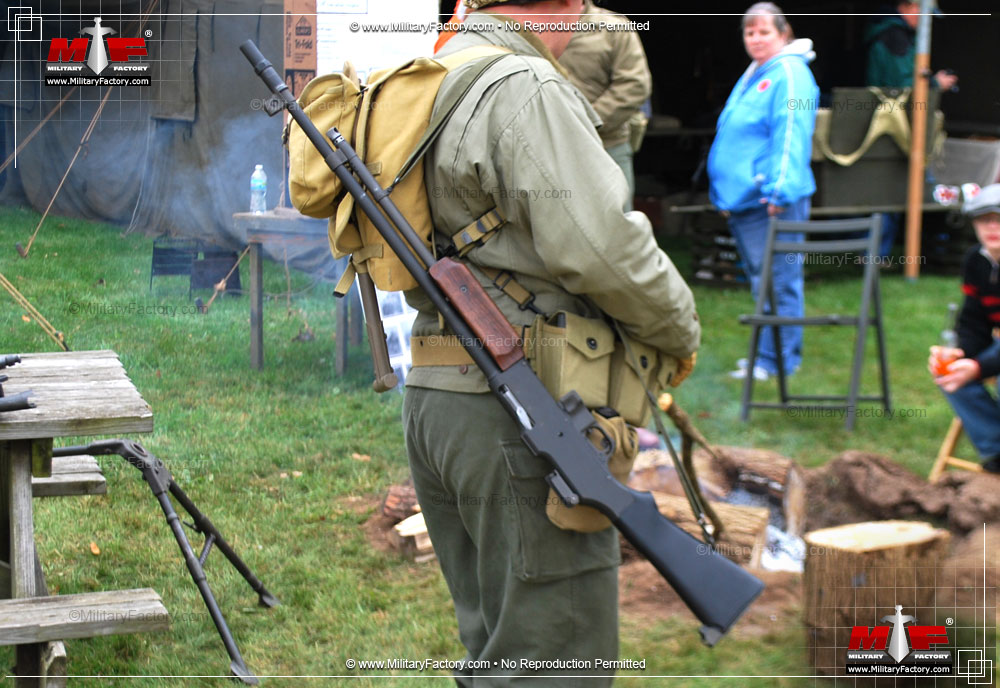 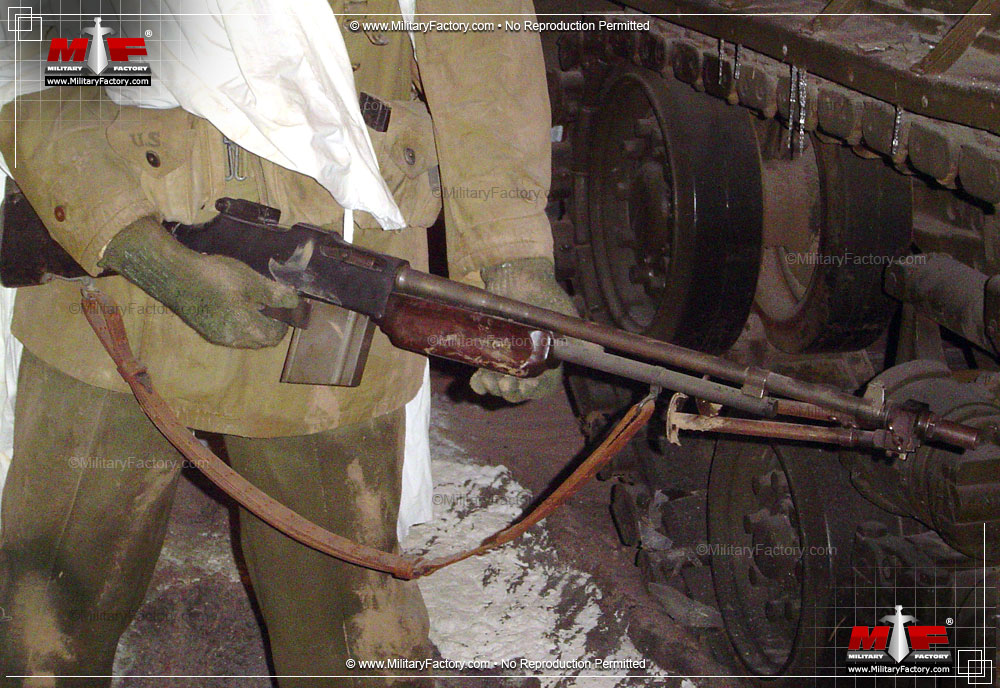 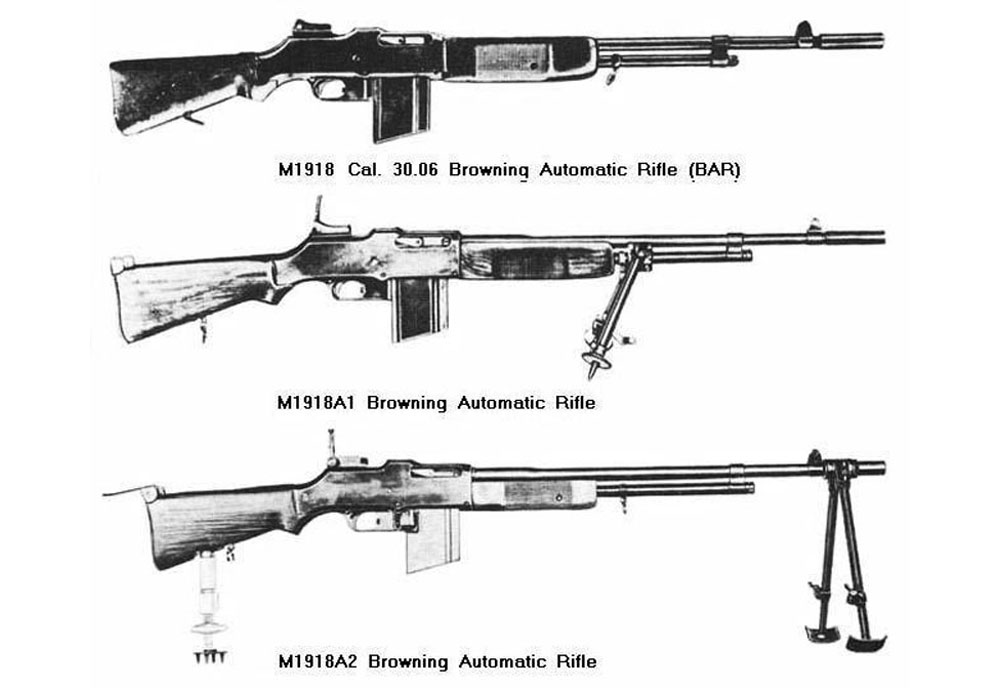 Though introduced during World War 1, the M1918 found its true value in the many conflicts involving it in the post-war years including World War 2, Korea and the Vietnam War.

During World War 1 (1914-1918), the infantry-level automatic weapon was just beginning to scratch the surface of its potential. Self-loading rifles appeared as did full-automatic machine guns and semi-automatic pistol types. In an effort to provide the American infantryman with more portable firepower, John Browning devised his "Browning Automatic Rifle" ("BAR") which was adopted by the U.S. Army as the "Model 1918" - or M1918. The classic and utterly reliable design saw service in both World Wars and during some of the Cold War (1947-1991) period.

The French Army of World War 1 had grown to appreciate the concept of automatic weapons at the infantry level and, when the Americans committed to the war in 1917, the French passed on this appreciation to its newly arriving ally. "Walking Fire" was the term given to the concept of a standard infantryman wielding a weapon firing volumes of ammunition at the enemy. As trench warfare permeated the battlefields across Europe at this time, weapons of voluminous fire was required to clear obstacles like stubborn, dug-in enemies.

Browning went to work to develop such a weapon and settled on a gas-operated system which relied in a piston moving within a cylinder assembly. The assembly was fitted under the barrel and the open-bolt action contained in a rectangular, nearly featureless receiver. A "hump" along the top of the receiver was forced by the upwards cammed bolt lock. The extraction port was set to the right side of the receiver in the usual way. The magazine feed was found just ahead of the trigger unit and the shoulder support of the weapon constituted a traditional rifle-style butt. Wooden furniture made of this component as well as the handguard under the forward mass of the weapon. Magazines were straight in their general design and angled along their bottoms. A forward and rear iron sight allowed for some accurized fire at range.

The M1918 showcased some deficiencies in its design - it relied on a complex internal mechanism for operation and its machining process meant that it was expensive to built and time consuming as well. However, this also led to a weapon that was utterly reliable in the worse of battlefield conditions and virtually indestructible as military firearms go.

The weapon was designed, developed and trialed in short order. Initial models were fielded with a firing selector which allowed the operator to choose form single (semi-automatic) or full-automatic fire to be achieved. In time, this feature was dropped in favor of a rate-of-fire selector which the operator could set between 350 or 550 rounds-per-minute.

The BAR never lived up to the expectations of Browning but it was an effective weapon at its core. It ended as something of a "tweener" weapon: it could not be considered a true light machine gun due to its limited 20-round magazine (requiring frequent reloading) and inadequate control when fired on full-automatic and it was not regarded as a true battle rifle for it was inherently heavy as a service rifle and lacked the accuracy because of vibrations.
Advertisements

The BAR became the standard-issue Light Machine Gun (LMG) of American infantry outfits by the time of World War 2 (1939-1945). Marine units were also issued the type but favored the original's single-shot functionality and, therefore, reverted their actions back to the single / full modes of fire. It led a healthily long service life for the Americans as it was not officially retired from frontline service until the 1950s. The BAR was also issued to British Home Guard elements during World War 2. Beyond the two World Wars, the M1918 saw extended battlefield service in the Korean War (1950-1953) and the Vietnam War (1955-1975).

The original model was the M1918 which was given a smooth tapered barrel assembly and lacked bipod support. A swivel was set between the grip handle and the end of the stock. The M1922 was the first major attempt at improving the M1918 gun. It showcased a finned barrel assembly. This model saw only limited circulation and service with U.S. Army mounted troopers. In 1931, a prison guard / law enforcement version was brought to the marketplace by Colt as the "Colt Monitoring Automatic Machine Rifle (R80)". This version lacked the bipod and had a dedicated pistol grip.

The M1918A1 of 1937 featured a double buttplate that doubled as a hinged shoulder support. A hinged bipod ("spiked" feet) was now added at the gas cylinder ahead of the wooden forend. The M1918A2 of 1938 had a shortened forend and internal metal plate to keep the recoil spring from overheating and deforming / fracturing. The bipod was revised to have "skid" feet and a monopod was optional. One of the chief changes to the line was the move away from single-shot firing in the M1918A2.

The M1918 managed considerable export numbers (over 100,000 were made from 1917 to 1945) which led to a service life reaching into the 1970s. Operators ranged from Argentina and Austria to Turkey and Uruguay with conflicts covering the Second Sino-Japanese War, the Chinese Civil War, the Palestinian Civil War, the First Indochina War, the Bay of Pigs Invasion, the Cambodian Civil War and the Turkish Invasion of Cyprus.