The M1 Garand was the principle frontline rifle of American forces worldwide for a time - it saw considerable action in World War 2 and Korea.

Authored By: Staff Writer | Last Edited: 05/30/2019 | Content ©www.MilitaryFactory.com | The following text is exclusive to this site. 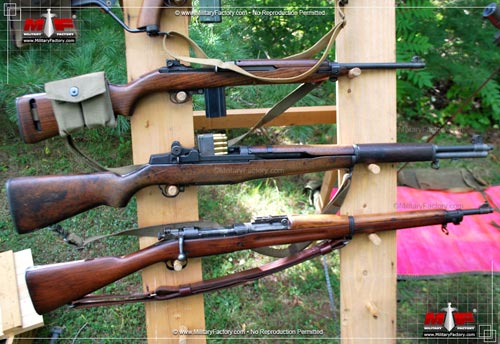 Little discussion can be had on the subject of American infantrymen in World War Two without the mention of the highly-acclaimed M1 Garand rifle. As the standard infantry rifle of the Second World War GI, the Garand saw combat throughout theaters in Europe with the United States Army and especially in the Pacific with the United States Marine Corps. The major distinction of the M1 Garand series lay in the acceptance of the weapon system as the first self-loading rifle reaching operational status in the world. This occurred at a time when other national military forces were still relying on the tried and true, albeit slow-loading, bolt-action type rifles. Accepted as early as 1932, the rifle came into service by 1936 to become the principle soldier's weapon by the first year of America's participation in the war. The system proved to be produced of the utmost construction, often heralded as a battlefield-friendly weapon, though often derided for its heavy weight and size.

The M1 Garand was not only unique in its self-loading ways but the system managed an eight round "clip" of 30-06 Springfield ammunition. This clip was interestingly enough loaded from the top of the weapon, keeping the overall design clean and smooth. Though a novel concept in on the drawing board, this system proved to be the bane of many a soldier as the clip had to be completely emptied before the operator could reload the system - that meant no firing of single-loaded rounds and running out of ammunition at the worst possible times. To add insult to injury, the system would also end the firing of the final cartridge with a definitive "ping" sound, often providing the enemy with an assistant as to the the location of Allied forces - particularly in the fighting achieved in close quarters combat. A bayonet could be fitted under the barrel for close range assaults. Despite these detracting issues the system maintained an edge over their bolt-action German and Japanese counterparts with an almost "semiautomatic" firing operation performance.

The Garand would go on to prove its worth through all the war years and followed it up with equal success in the Korean War a few short years later. Additionally, the M1 Garand appeared, for a time, in redesigned form in the way of the M14 rifle (detailed elsewhere on this site). Though not nearly as successful as the M1 itself, the M14 was a reliable and robust weapon nonetheless. The M14 would see combat action in Vietnam (where handfuls of M1's were still in operation at the time!) and become a popular collector's rifle thereafter.

In all, some 5.5 million M1 Garands in various forms were produced. Those involved in the production run included the Springfield Armory, Winchester Repeating Arms Company, Harrington & Richardson Arms Company and the International Harvester Corporation. License production was undertaken for a time in the countries of Indonesia and Italy.

The Imperial Japanese Army thought enough of the American Garand to develop a near-direct copy of the weapon as the Type 4 / Type 5 Rifle - otherwise known as the "Japanese Garand". These appeared in experimental form before the end of the Pacific War in August 1945. This entry is detailed elsewhere on this site.
Advertisements 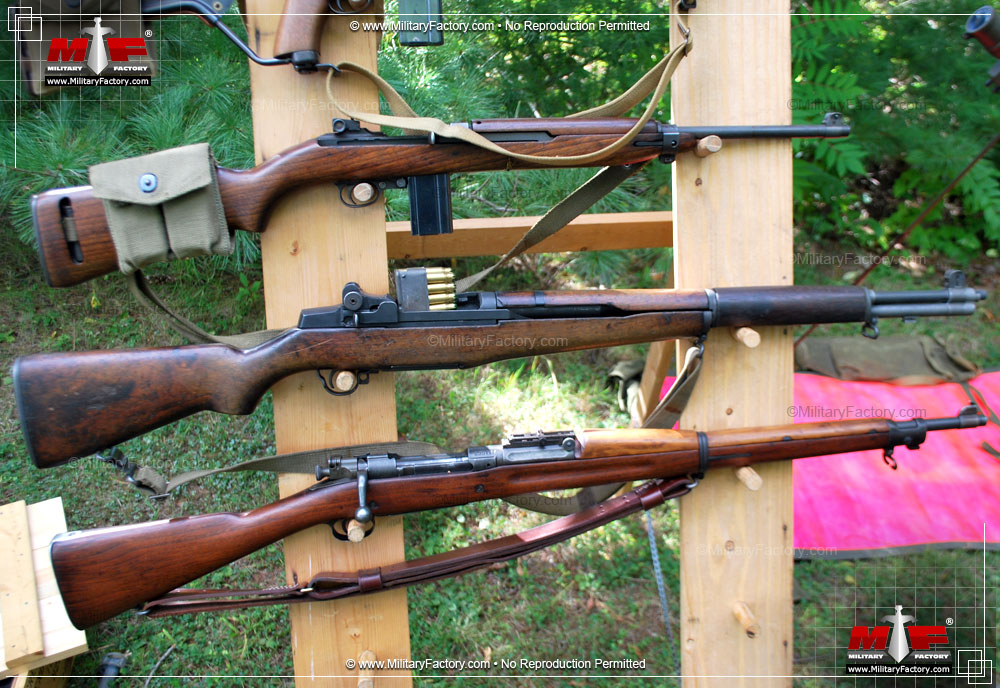 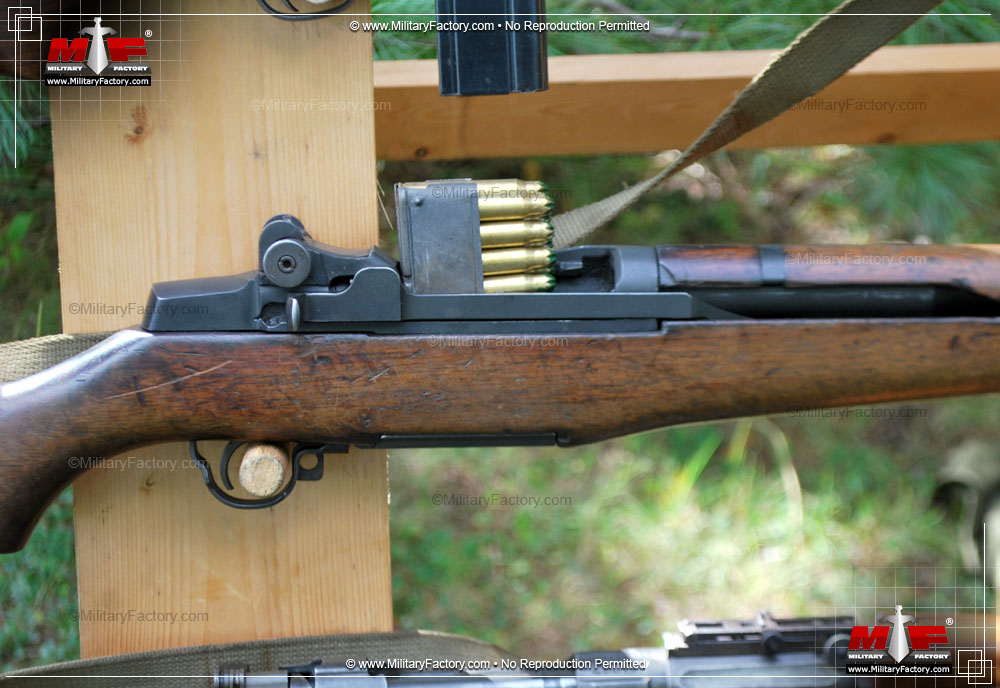 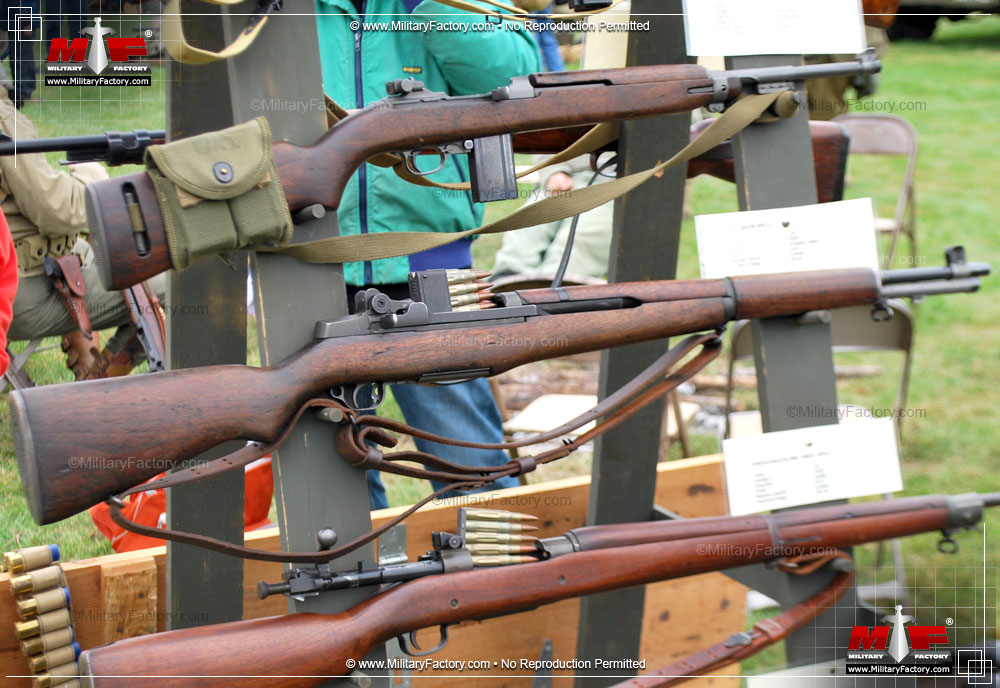 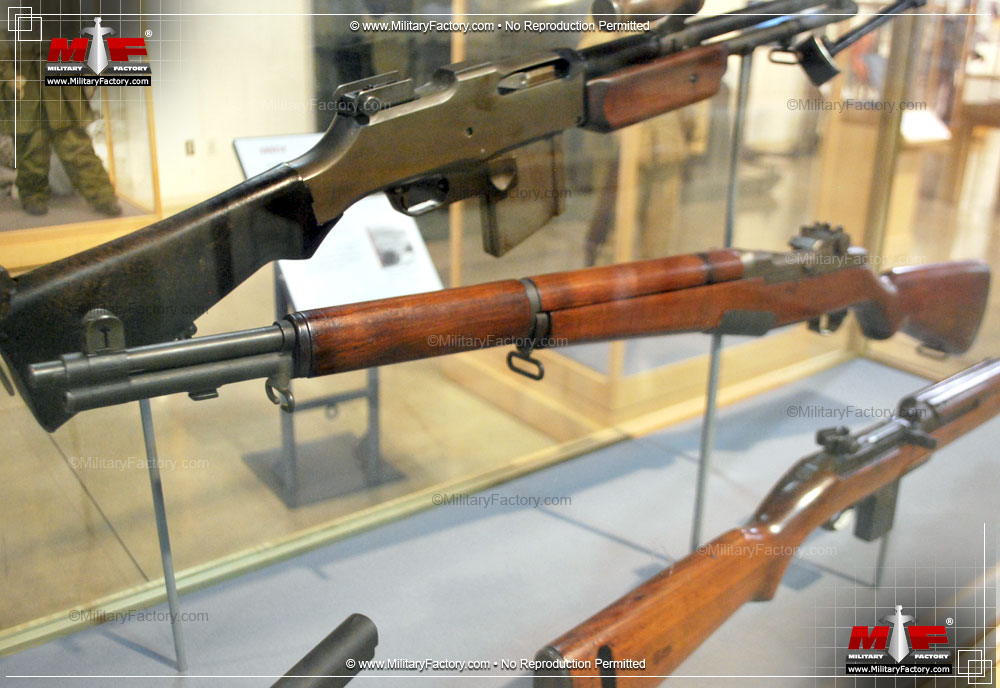 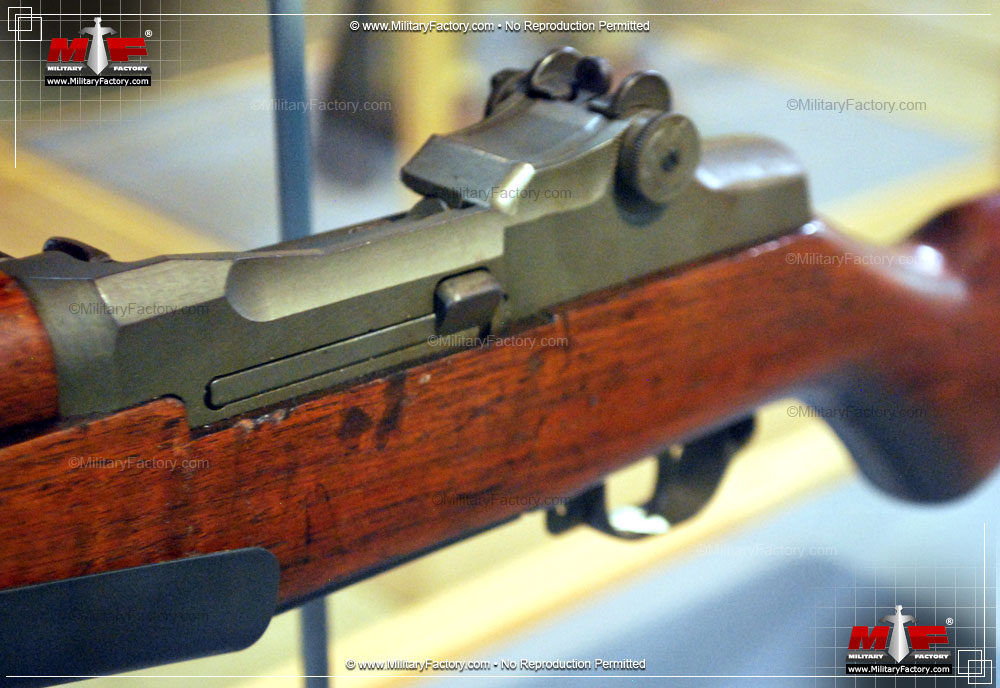 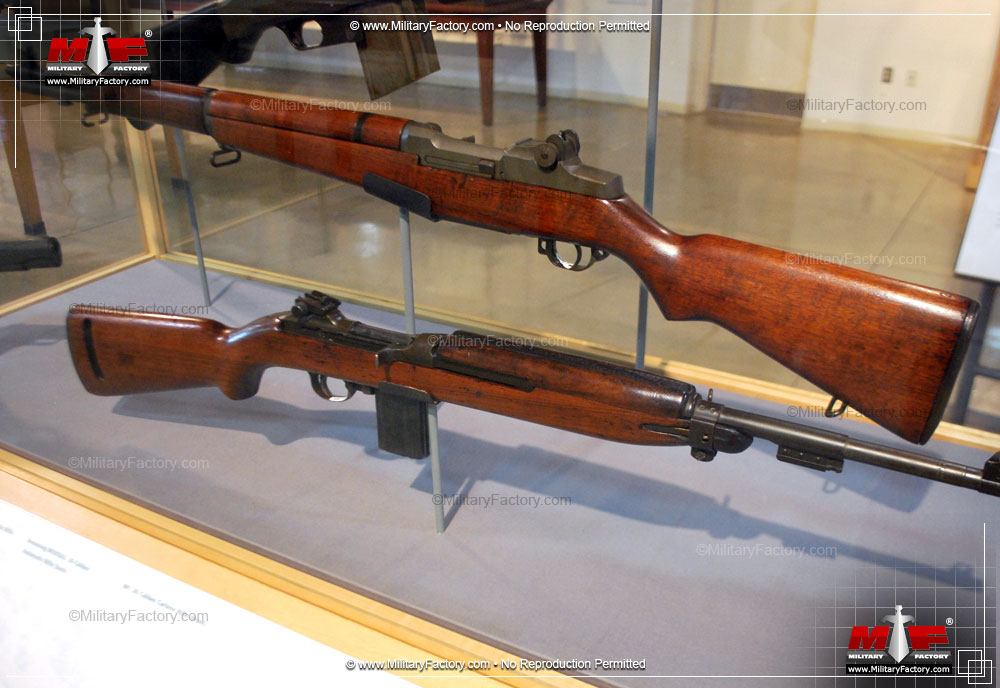 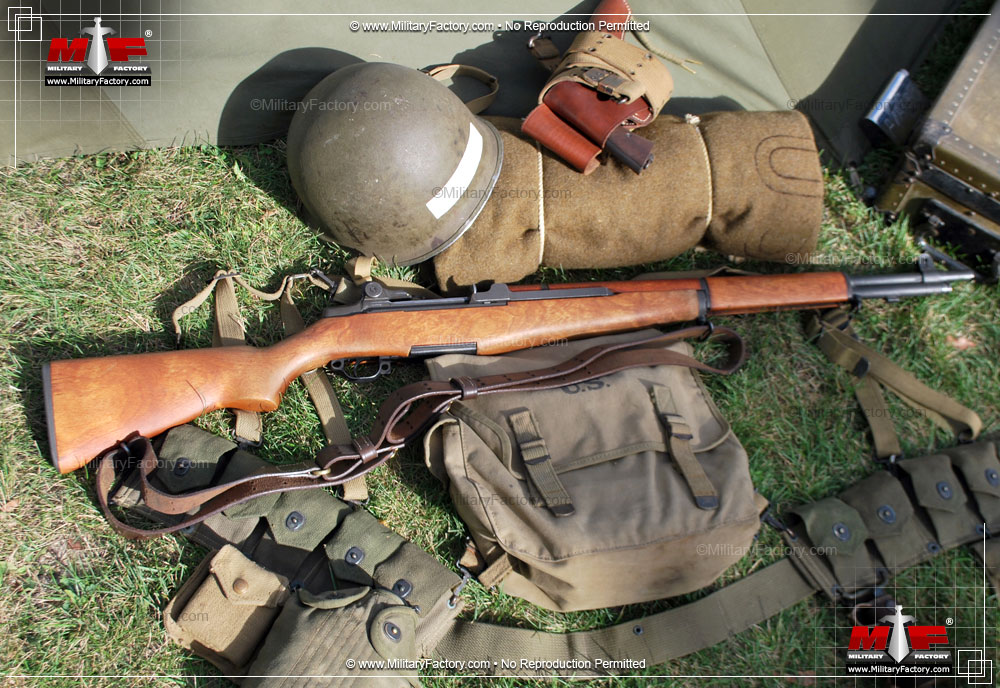 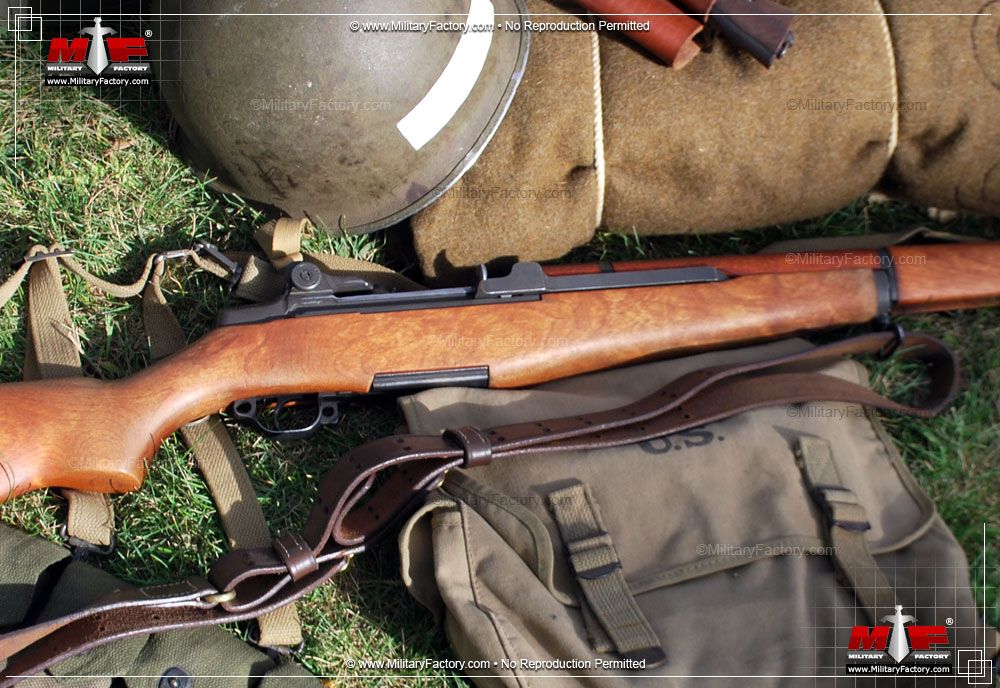 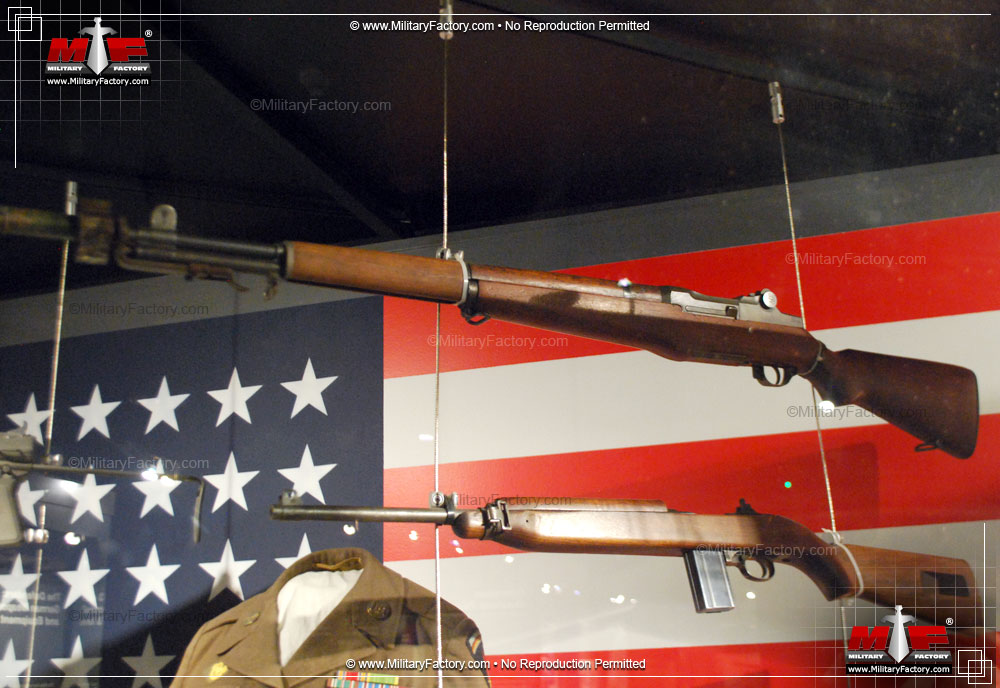 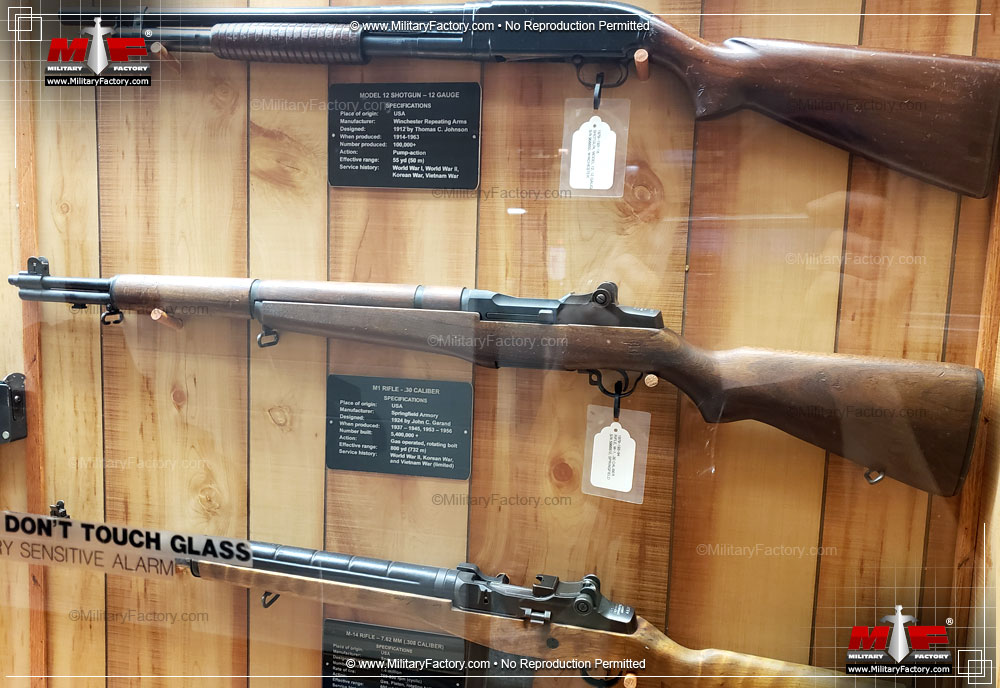