The MBDA MILAN is a combat-proven, medium-range, anti-tank missile system that has seen widespread service throughout the world.

Authored By: Staff Writer | Last Edited: 04/23/2022 | Content ©www.MilitaryFactory.com | The following text is exclusive to this site. 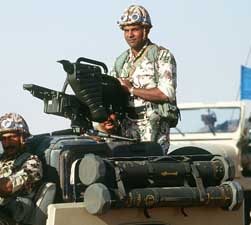 World War 2 armored warfare set the stage for many technological developments that appeared in the ensuing Cold War years. Weapons such as the American "Bazooka" and German "Panzerschreck" showcased portable tank-killing, armor-defeating firepower was possible through use of unguided rockets with potent warheads. As technology advanced into the 1960s, the missile began to appear and this paved the way for precision-guided munitions that followed. The Americans adopted the TOW anti-tank missile series while the Soviets took on stocks of similar types. In Europe, the consortium of MBDA (encompassing French, Italian and British interests with headquarters in France, Italy and Germany) began work in 1962 on what would become the "MILAN" system ("Missile d-Infanterie Leger ANtichar"), a wire-guided, anti-tank, missile-launching platform that could be fielded through a conventional tripod support system or atop a vehicle. Evaluations were undertaken in 1971 and the weapon was adopted for service in 1972, continuing on the modern battlefields today (2013).

The MILAN makes use of a wire-guided guidance system known as "SACLOS" - "Semi-Automatic Command Line-Of-Sight". This implies that the missile, once launched and cleared from its tube housing, is guided by the operator through an attached cable (or line) that feeds course corrections from the system to the missile as it is directed to the target. The method requires sufficient training, limits engagement ranges and can expose the operating crew to battlefield dangers though provides for a weapon that is less likely to be misdirected by countermeasures launched by the enemy target. The MILAN missile is a 7.1 kilogram system encompassing a contact detonation warhead and propelled by a solid-fuel rocket system at speeds of 656 feet per second. The steering of the missile is managed through a jet-deflection system during flight. Each missile measures at 1.2 meters in length with a diameter of 0.115 meters and features fin-stabilization. The launcher can be mounted to a vehicle or used through an available heavy-duty tripod assembly - not as portable as a shoulder-mounted single-use anti-tank weapon. Optics are integral to the launcher system and the launcher itself is reusable. Thermal sights are optional for night/low-light-level actions.

To date, some 10,000 MILAN launchers have been manufactured to go along with approximately 350,000 missiles delivered. Original missiles, designated as "MILAN 1", were 103mm in caliber and issued with a shaped-charge warhead. The MILAN 2 of 1982 introduced a probe to the warhead cone for improved penetration (2x the original's value) and its caliber was increased to 115mm. The MILAN 2T appeared in 1993 with the rise in use of Explosive Reactive Armor (ERA) blocks and continued use of a main shaped-charge while including another, smaller, shaped-charge at the end of the probe for improved penetration of the new armor protection scheme. It was not until the MILAN 3 of 1996 that a tandem, shaped-charge warhead was introduced. The tandem arrangement allowed the missile to use a preceding charge to detonate ERA blocks while a primary charge was used to defeat the base armor underneath. The MILAN ER then followed which provided an increase in range out to 3,000 meters as well as increased penetration values to coincide with modern Main Battle Tank development.

Production of MILAN missiles was eventually granted to a few local governments as was the case with Britain, India and Italy. Operators have included Afghanistan, Brazil, Belgium, Egypt, France, Germany, Greece, India, Iraq, Italy, Lebanon, Libya, Mexico, Pakistan, Portugal, South Africa, Spain, Syria, Turkey and Yemen (among others). Some operators have graduated to the American FGM-148 "Javelin" system as was the case with Australia and Britain. Singapore elected to adopt the Israeli "Spike" series instead, a 1997 development which has seen considerable use in later Israeli Army actions.

The MILAN remains a proven, effective tank-killing system still seeing widespread use. It has been succeeded in French Army service by the new, all-modern multi-purpose MBDA MMP (detailed elsewhere on this site).

April 2022 - French President Emmanuel Macron announced that MILAN ATGMs will be supplied to Ukraine in its ongoing fight against neighboring Russia. 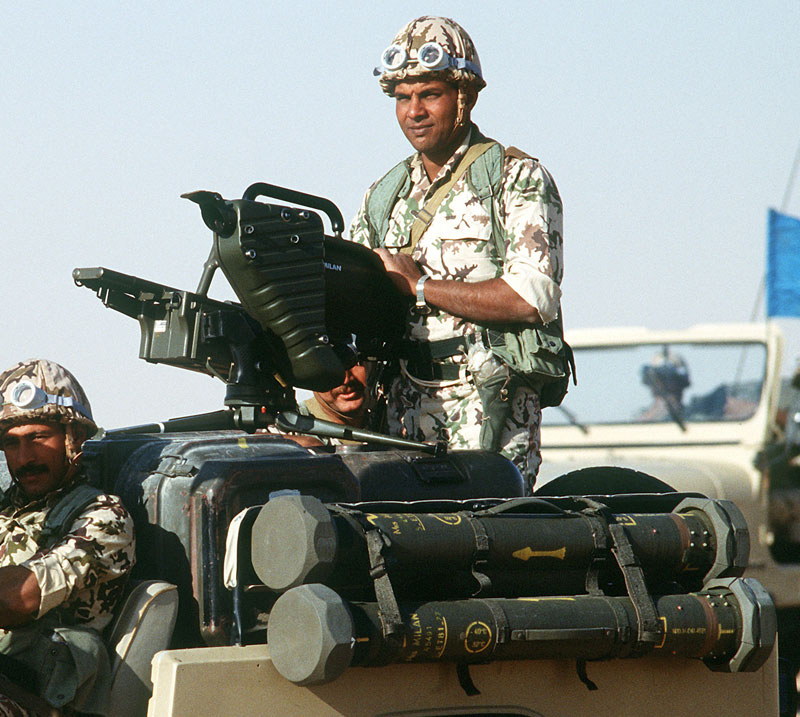 Image courtesy the US Department of Defense.
2 / 2 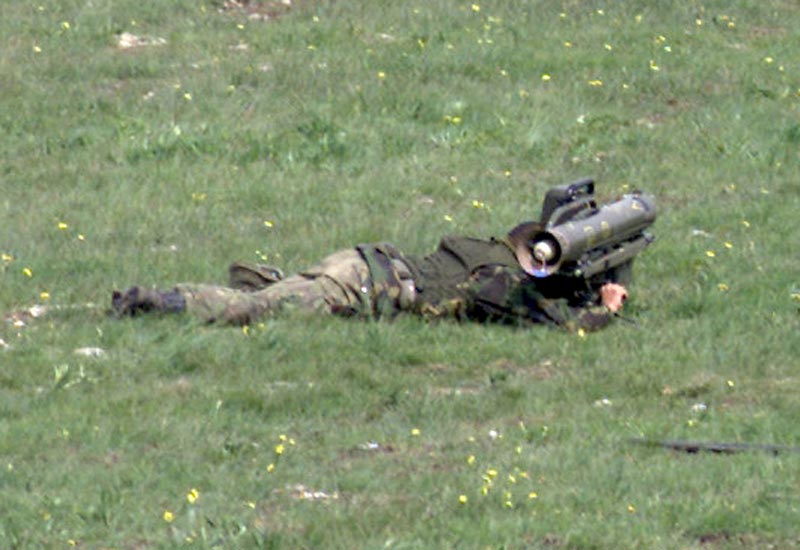 Image courtesy the US Department of Defense.
❮ ❯