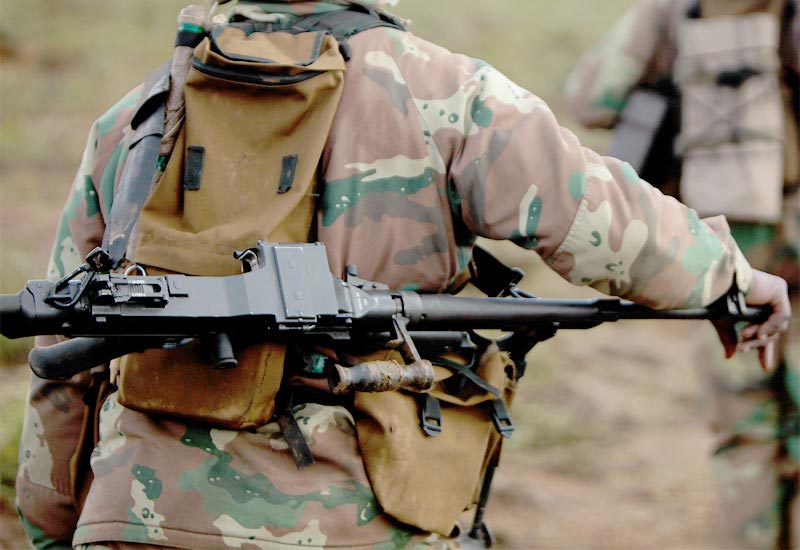 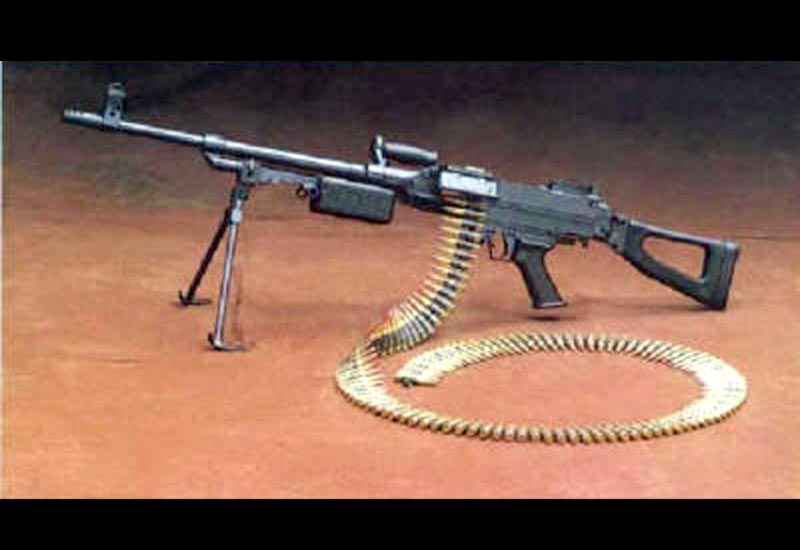 Image from the official website of the South African Army.

The Vektor SS-77 is another in the long line of proven small arms to come out of South Africa.

Authored By: Staff Writer | Last Edited: 02/04/2019 | Content ©www.MilitaryFactory.com | The following text is exclusive to this site.
The Vektor SS-77 is the standard General Purpose Machine Gun (GPMG) of the South African Army. For decades, South Africa relied on foreign suppliers of military goods and this included the Belgians and their excellent FN MAG GPMG. However, when the United Nations instituted an embargo on South Africa for their support of apartheid, its overseas military procurement sources suffered. As such, a plethora of indigenous initiatives flourished to create the South African arms industry of today. As can be expected, many of these early weapons held origins in preceding foreign types and the SS-77 no doubt borrowed some of the successful qualities of the FN MAG it replaced. Design work on the weapon began in 1977 to which the system was then adopted for official service in the South African Defence Force (SADF) as the "SS-77" with issue beginning in 1986. The designation of "SS-77" stemmed from the initials of creators Colonel "Smith" and a gentleman by the name of "Soregi" followed by the year of its design. Beyond South African forces, the SS-77 has seen service with in Colombia, Kuwait and Romania. The SS-77 played an active role in the long-running South African Border War (1966-1989). Initial production was headed by Lyttleton Engineering Works which later became the state-owned Denel Land Systems (established in 1992).

Outwardly, the appearance of the SS-77 is not unlike that of the Belgian FN MAG system before it. There is a rectangular receiver housing the critical firing action and required intern components. The stock is skeletal as a weight-saving measure and used as another hand hold during transport. The stock is also foldable along the side of the receiver for a more compact profile. The pistol grip is affixed to the underside of the receiver in a conventional way and allows management of the curved trigger assembly within easy reach. The charging handle is set to the right side of the body in a traditional way. The SS-77 is a belt-fed weapon and utilizes the R1M1 disintegrating link belt. It is chambered to fire the 7.62x51mm NATO standard cartridge. Belts are fed into the receiver from the left hand side and spent casings emerge from the right. A carrying handle is affixed ahead of the receiver and emerges from the right hand side. The barrel extends well beyond the receiver housing with the gas cylinder (complete with adjustable regulator) fitted underneath. The barrel is fluted as another weight-saving measure and is of a "quick-change" design nature. A collapsing adjustable bipod is identified at the far end of the gas cylinder and utilized for support when firing. Iron sights are fitted at the top of the receiver and on a post just aft of the muzzle. Sling loops allow for use of a shoulder strap during transport.

The firing action is a gas system driving a piston with an open bolt operation allowing for variable 600 to 900 rounds per minute rate-of-fire. Overall length is 45.5 inches with the stock extended and 37 inches with the stock collapsed. Unloaded, the weapon weighs in at just over 21lbs. Muzzle velocity is rated at 2,750 feet per second. Due to the overheating nature of automatic weapons during repeat fire, it is recommended to operate air-cooled machine guns such as the SS-77 in short controlled bursts. In this way, the SS-77 operator can fire some 600 rounds of ammunition before the barrel needs changing. Machine guns are typically deployed for suppression effects leaving ranged accuracy to other battlefield elements and their respective light weapons.
With its general purpose machine gun classification, the SS-77 is generally managed by two specially trained personnel. The primary operator is the firer who tracks targets visually and engages the trigger function. The secondary operator manages the belt feed to help avoid jams and helps clear jams when they emerge. He is also called upon to change the barrel assembly when it becomes overheated from repeated firing (this is another valuable use of the carrying handle). Additionally, the secondary operator can call out further targets to the primary operator through simple hand gestures or touches. When in transport, the primary operator carries the weapon while the secondary operator carries ammunition and any other mission equipment.

A more compact version of the SS-77 intended for patrolling elements was introduced under the applicable designation of "SS77 Compact". This version featured a telescoping buttstock as well as a relocated bipod and was shortened overall by some 80mm. Weight was further reduced to 20.5lbs. Four Picatinny rails were installed for the fitting of various accessories and optics. The finalized weapon now allowed operators the repeat firepower of a machine gun in a more compact form.

In due course, the popularity of the American 5.56x45mm cartridge in NATO service forced the development of a conversion kit for the SS-77 line. This gave rise to the "Mini-SS" which was nothing more than the basic SS-77 system with its new chambering as well as a new chromed barrel capped by a Fortex Flash Hider. The internal working components - the bolt, gas piston and feed assembly - were all replaced with the kit and appropriately modified for the cartridge. The kit therefore allowed SS-77 owners the ability to configure their existing stocks to the 5.56mm cartridge without any costly machine-sponsored modifications making changes in-the-field relatively painless. The weapon weighed in at just over 18lbs and sported a running length of 39.4 inches with a 20.2 inch long barrel. Muzzle velocity was 3,180 feet per second. The Mini-SS can therefore be used in the light machine gun or squad automatic weapon role with repeat volume fire coming from a more portable package (similar in scope to the American M249 SAW). The Mini-SS shares up to 70% commonality in parts with the SS-77 series. Interestingly, the Mini-SS can be converted back to its 7.62x51mm NATO chambering by reversing the conversion process and replacing the original parts making it something of a logistically-friendly weapon. The Mini-SS was first introduced in the 1990s.

*May not represent an exhuastive list; calibers are model-specific dependent, always consult official manufacturer sources.
**Graphics not to actual size; not all cartridges may be represented visually; graphics intended for general reference only.
Rate-of-Fire
750
rds/min
Muzzle Velocity
2,755 ft/sec
(840 m/sec)